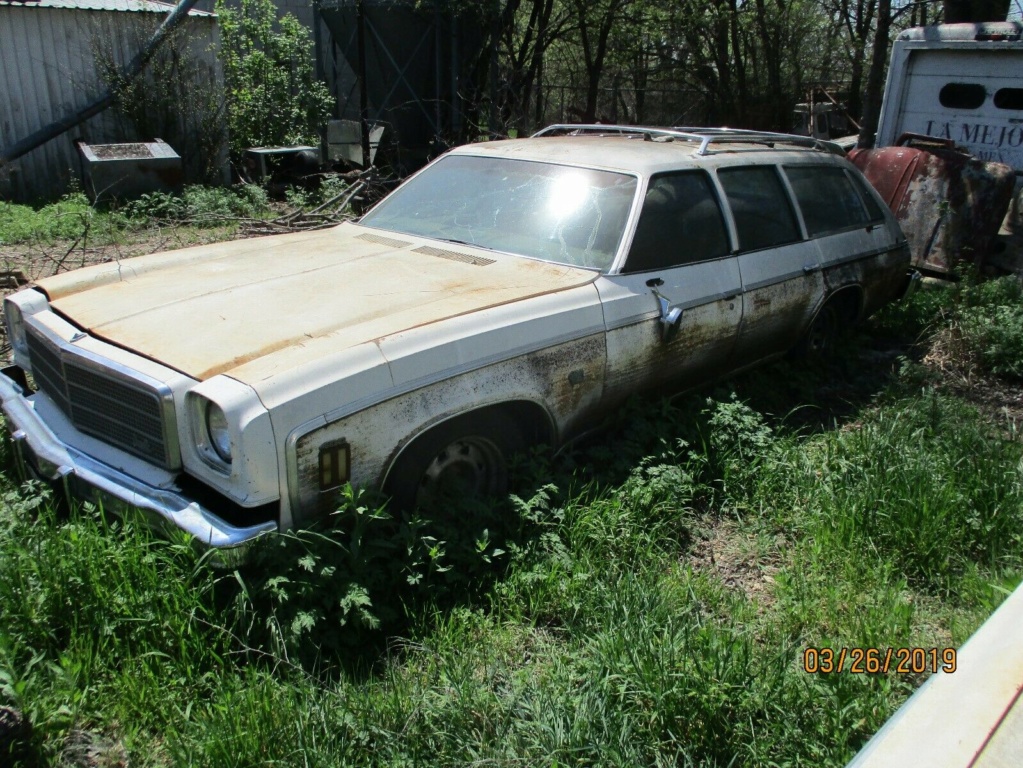 wow, never seen a factory swivel wagon. I asked for a pic of the cowl tag. I'll post if I get one. Too bad it's in Texas and not closer, otherwise i'd have to bid on it. BTW, there's another wagon parked next to it also.

Ha...I wonder what was going thru the original owners head when he/she bought this with the swivel buckets and floor console? Probably reluctantly having to give up their sporty coupe due to need to haul a growing family...lol!

I took the steering column out of a factory console/bucket seat wagon way back in 1994 or so. I wasn't as up on the rarity of these things back then, and I don't remember if the seats swiveled or engine/trans option. It was in a junkyard and I just wanted the column. So more than one person optioned these wagons at least with the bucket/console. Probably about 5 a year or so.

I'm in the Houston area so I feel I'm obligated to bid on this car since its only about 3-4 hours away. It would make an awesome sleeper!

Wow,really deserves to be put back in action. You can see it was built that way by everything weathered the same. Really needs to be saved and get redone.

Just checking, but fender emblem is 400.

Good eye! I didn't catch that. Hope potential bidders are paying attention as this could come back to bite the Seller.

eboklund73 wrote:Still a rare one. Don't remember ever seeing a BB 400 in 74 for the wagons.

Glad you caught that 400 emblem. I was bidding on this vehicle under the premise it's all original. Makes sense now, the seller is not responding to any questions. I guess I'll pass on this one.

I looked to see what the vin said for engine size and that wasn't filled out. Something weird with this one. Maybe the 400 emblems were added at some point.

The BB sure looks factory, All the smog stuff & AC still hooked up.

Interesting write-up on this car...and, comments made by readers at the end. Seems like everybody is confused by the "400" fender badges and the big block in the car.

Mcarlo77 wrote:Interesting write-up on this car...and, comments made by readers at the end.  Seems like everybody is confused by the "400" fender badges and the big block in the car./

45 years later, people are still confused. GM refered to the 402BB as a 400 in the full size line and a 396 in the chevelle line. They did this as to not confuse

Someone get the VIN and if the 5th digit isn't a 'Y' then no big block and analysis is complete.

Yesterday at 3:07 am by mldinneny