My son finally broke me down and I picked up a complete 2001 LQ4 out of a Denali this weekend. I have not decided completely how it will be set up yet, but I know as minimum I will go through the engine and replace the pistons with flat-tops, upgrade the cam and keep it normally aspirated. Other questions I will address down the road will be things like do I keep the 317 heads (10:1 compression) or replace them with a set of 799 heads (11:1 compression) and sell the 317's to someone who wants to run a turbo or supercharger. That will all depend on what I decide to do for a final power level, I need to do some of my own research on that, I really know little about LS engines, I come from the generation that a "real" car would crawl down main street and shake the windows of all the businesses! Go big or go home as we used to say - 427 was great, 454 was even better, 396/402 was acceptable. I have been modifying big blocks for some 45 years now.

Here is what I need to know about putting an LS into a 1973-1977 A-Body chassis. I have a complete truck engine with all of the accessories - alternator, power steering pump, air conditioning compressor, belt tensioner and idler pullies. The AC compressor is the low mount on the passenger side and of course it came with the tall "truck" intake. I know someone with a 1972 Chevelle that has a 5.3 installed with the taller "truck" intake and it fit under the hood, will it be the same with the 1973-1977 cars? I ask not because I plan on using the restrictive "truck" intake, but because I would like to use the TrailBlazer SS (TBSS) intake which is about the same height as the truck intake (slightly lower and wider) so I could keep the accessories as the came on the Denali, an LS6 or LS2 intake would require changing the accessories, I have heard the low mount AC compressor may also be an issue. What are your experiences with the G3GM chassis? thank you. 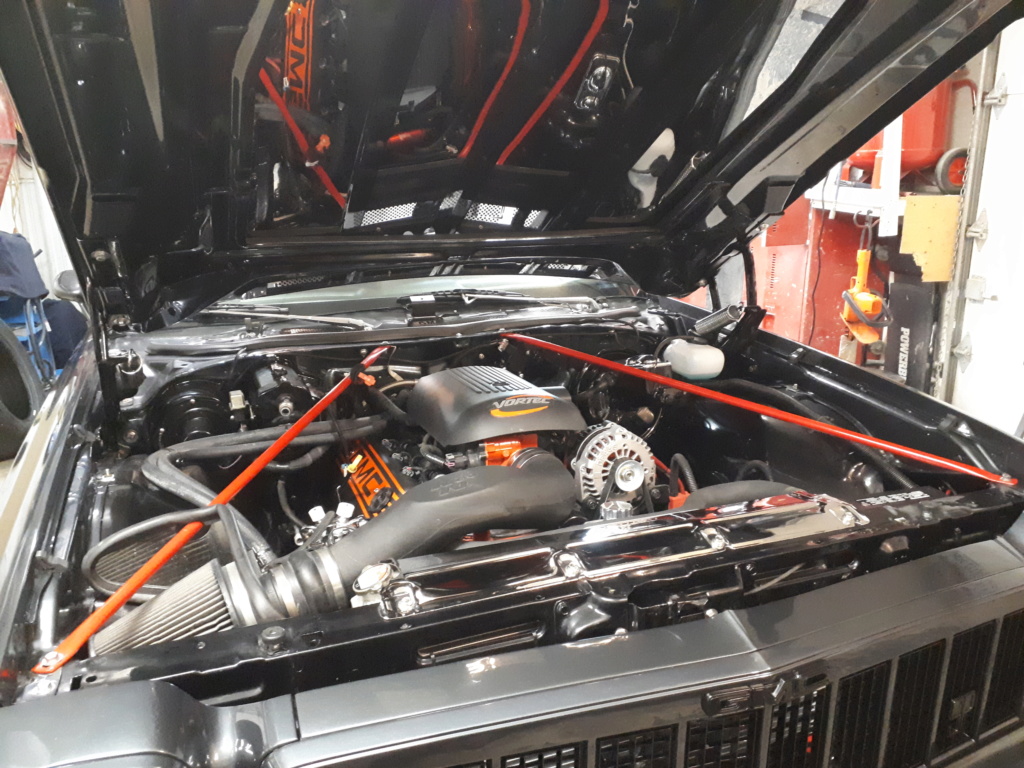 I did the swap in my 75 Sprint.
-Keep oem LS alternator and power stearing pump (Custom hoses).
-Yon can't keep the low mount ac compressor. I buy an aftermarket AC compressor and top relocated bracket. Come with belt and idler pulley.
-The only big issue was the oil pan. The only option that work for me was the Moroso 20140. Truck, Corvette, camaro, CTS pans was to big.
-Without the engin cover, you can close the hood, really tite... I have the cowl hood, no problem for me.
-I keep the 4L60 tranny fit good with a custom croo member, no need to cut anything.

Thank you for the info, just what I was looking for! From what I have read, the Cadillac CTS-V pan was supposed to fit, glad I have not purchased one yet! What is the make of your cowl hood? Thank you again! Tom

Iggy wrote:Thank you for the info, just what I was looking for!  From what I have read, the Cadillac CTS-V pan was supposed to fit, glad I have not purchased one yet!  What is the make of your cowl hood?  Thank you again!  Tom

CTS-V pan was an option but not for the 73-77. With the shape of the pan, you have to move the engin back or up and it's not the right position.

My scoop was a steel cowl scoop from Summit. Cut my hood and welded it! 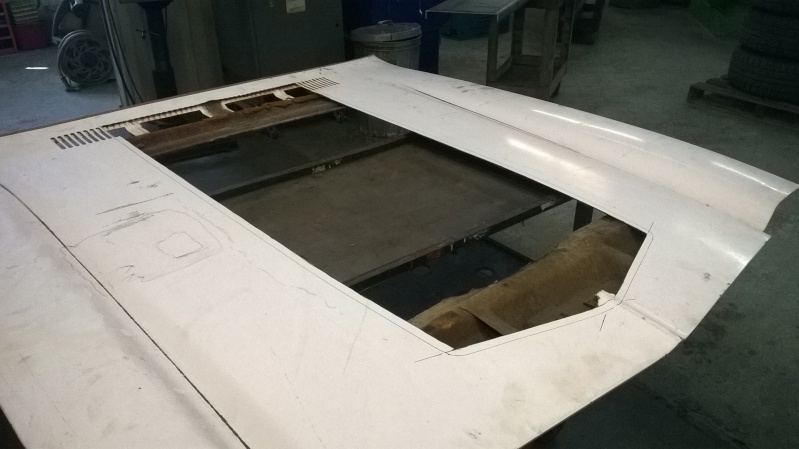 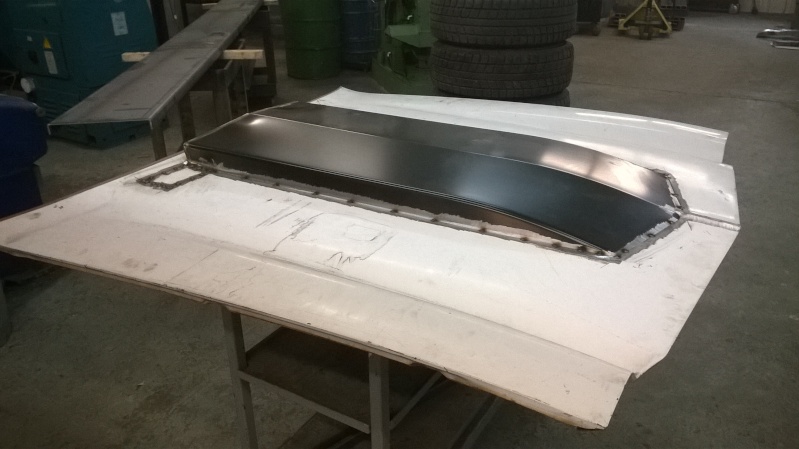 Again, good to know on the hood, I just happened to pick up a spare last year when purchasing a door! A guy happened to pick up some 1975 Chevelle parts in Fresno, CA several years ago, still had a door, hood and front header/grille panel - I bought the door and hood. 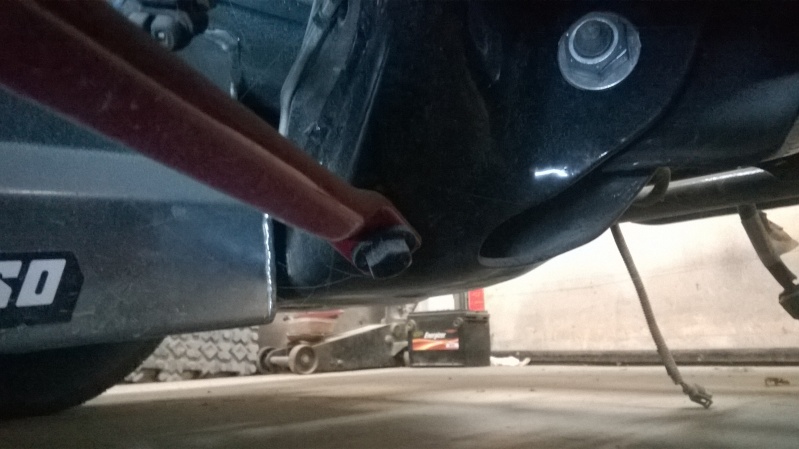 You can see here that the moroso pan fit very tight with this square shape. The other pan like the CTS-V and others have a taper shape give you no choice to move up or back. 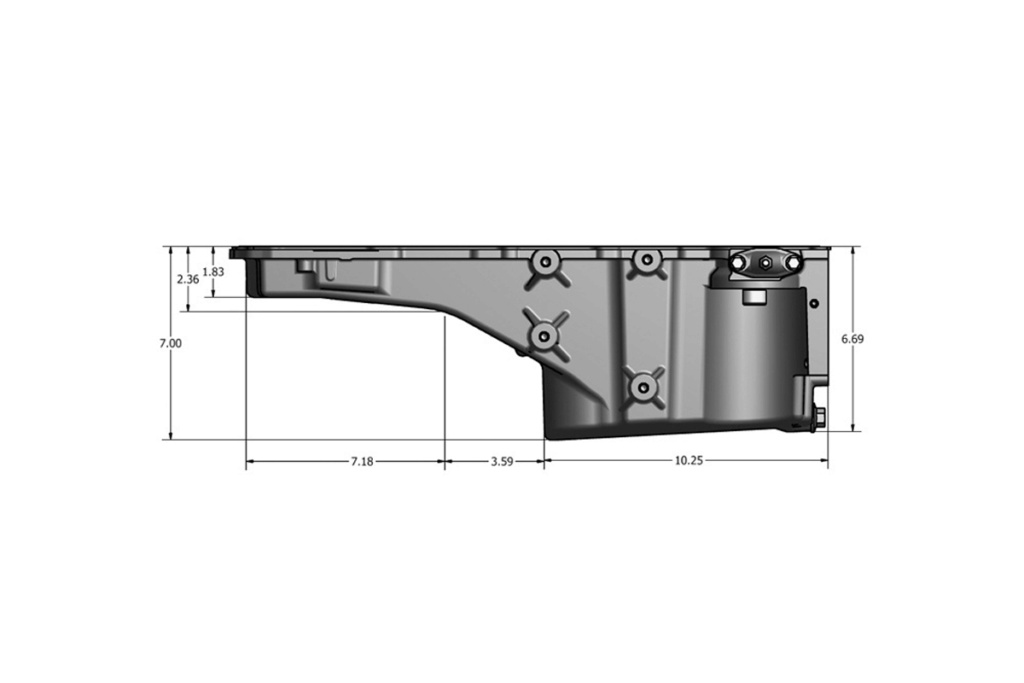 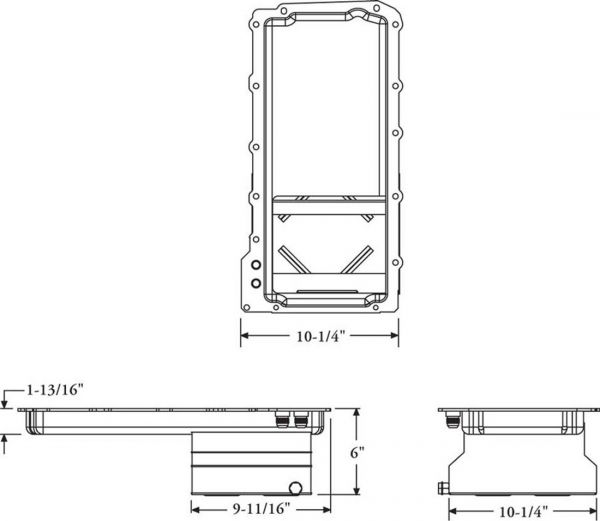 I used the cts-v pan in mine with 1" setback adapter plates (puts the bellhousing in the stock sbc position).  But if I were to do the swap today Id use one of the holley oil pans (they werent available when i did the swap 7 years ago).  Im running the stock accessory drive (no a/c), and you can just swap out the fitting in the ls ps pump to the one from the sbc pump and use your stock lines, or you can do like i did and swap to a jeep grand cherokee box (gets you a faster steering ratio) and hoses from like a 80 camaro.
I only had to trim the inner bracing on the hood to get the stock truck intake to fit under it. 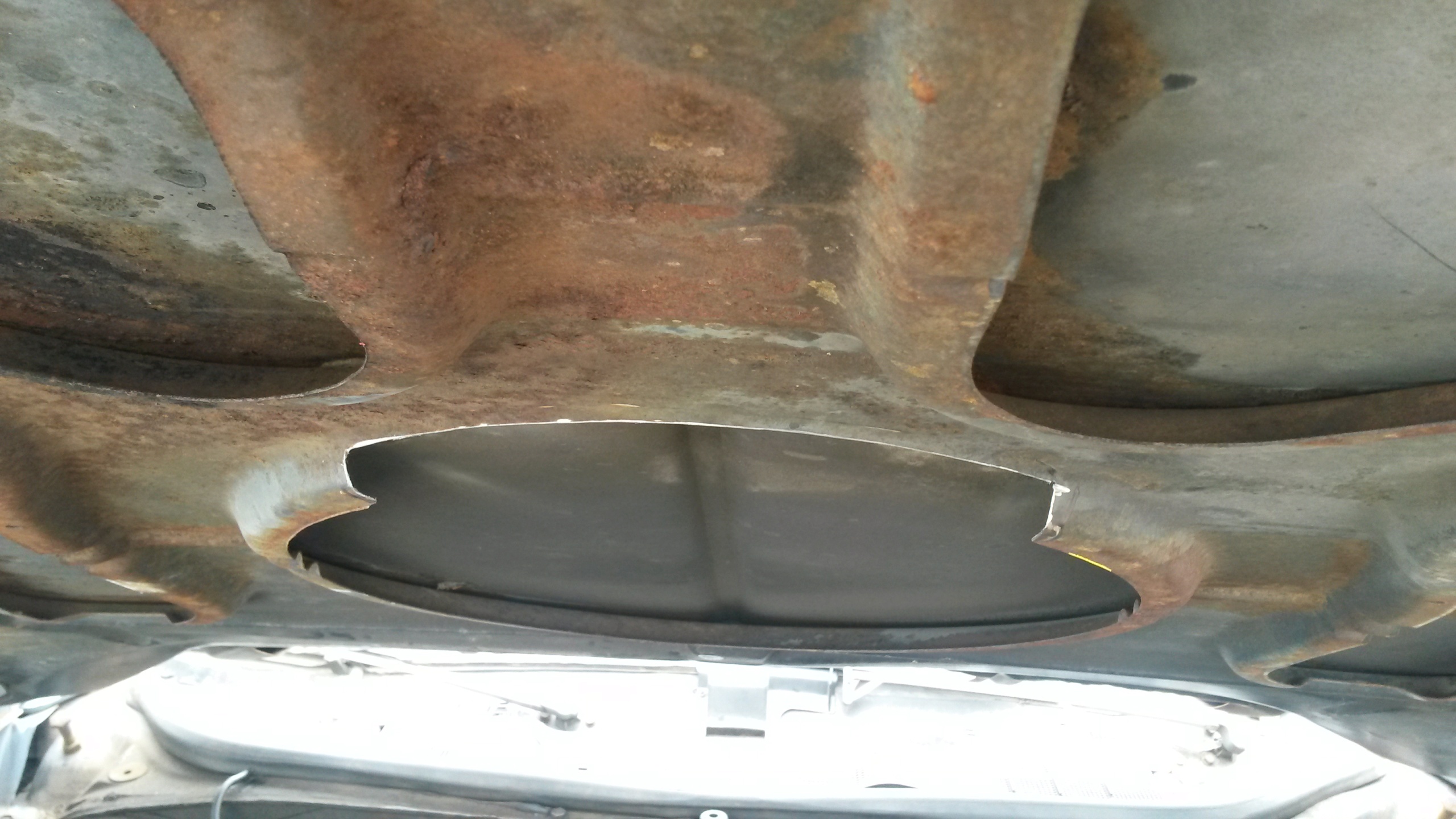 Also have a 4l80e in the car and that only required minor massaging of the floor to clear the cooler line fittings. Using the 1" setback plates also allowed me to use the Gforce 4l80e crossmember https://www.crossmembers.com/product/1973-1977-chevelle-malibu-monte-carlo-el-camino-gs-cutlass-442-lemans-crossmember-4l80-hardtops/ 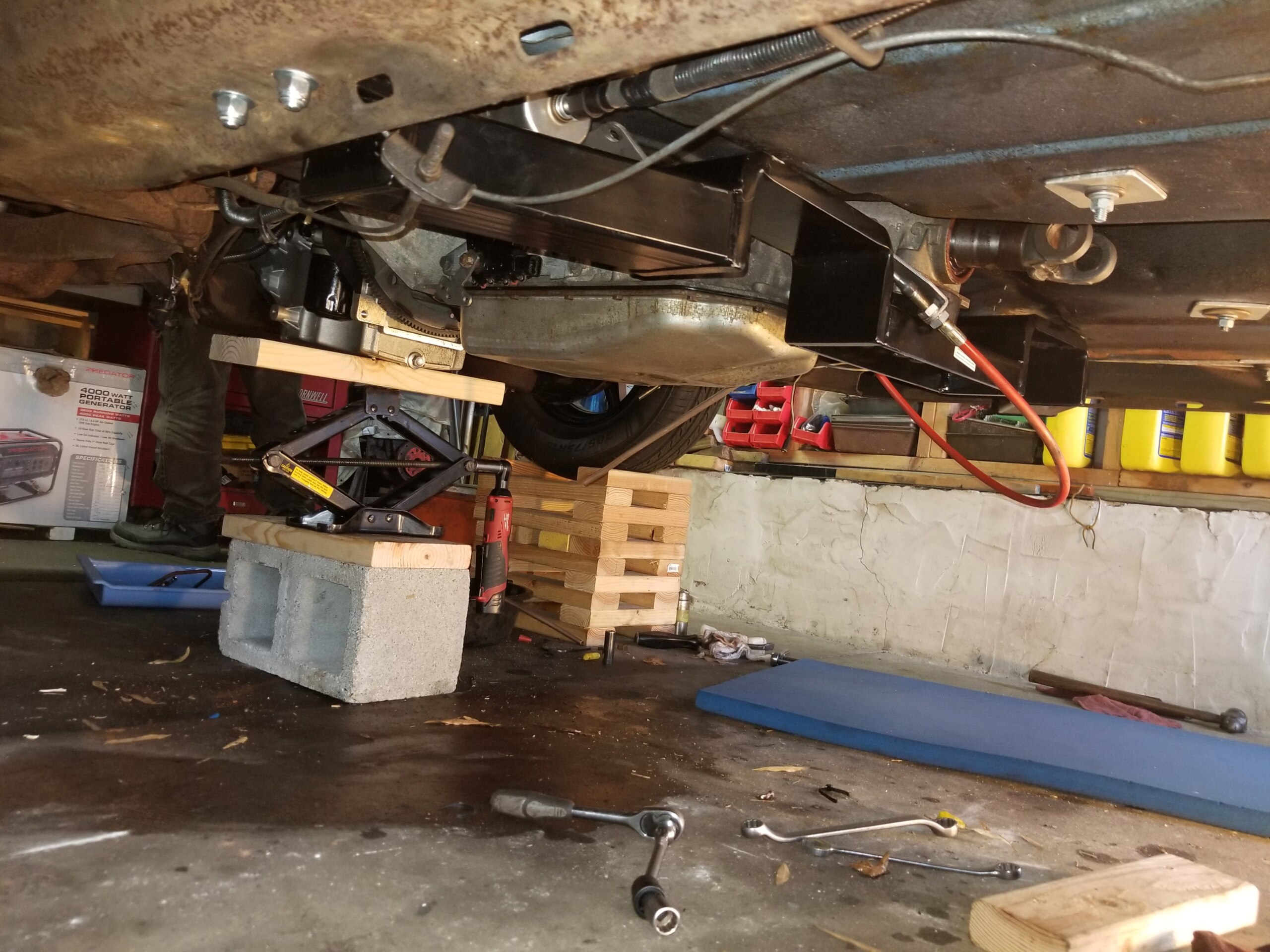 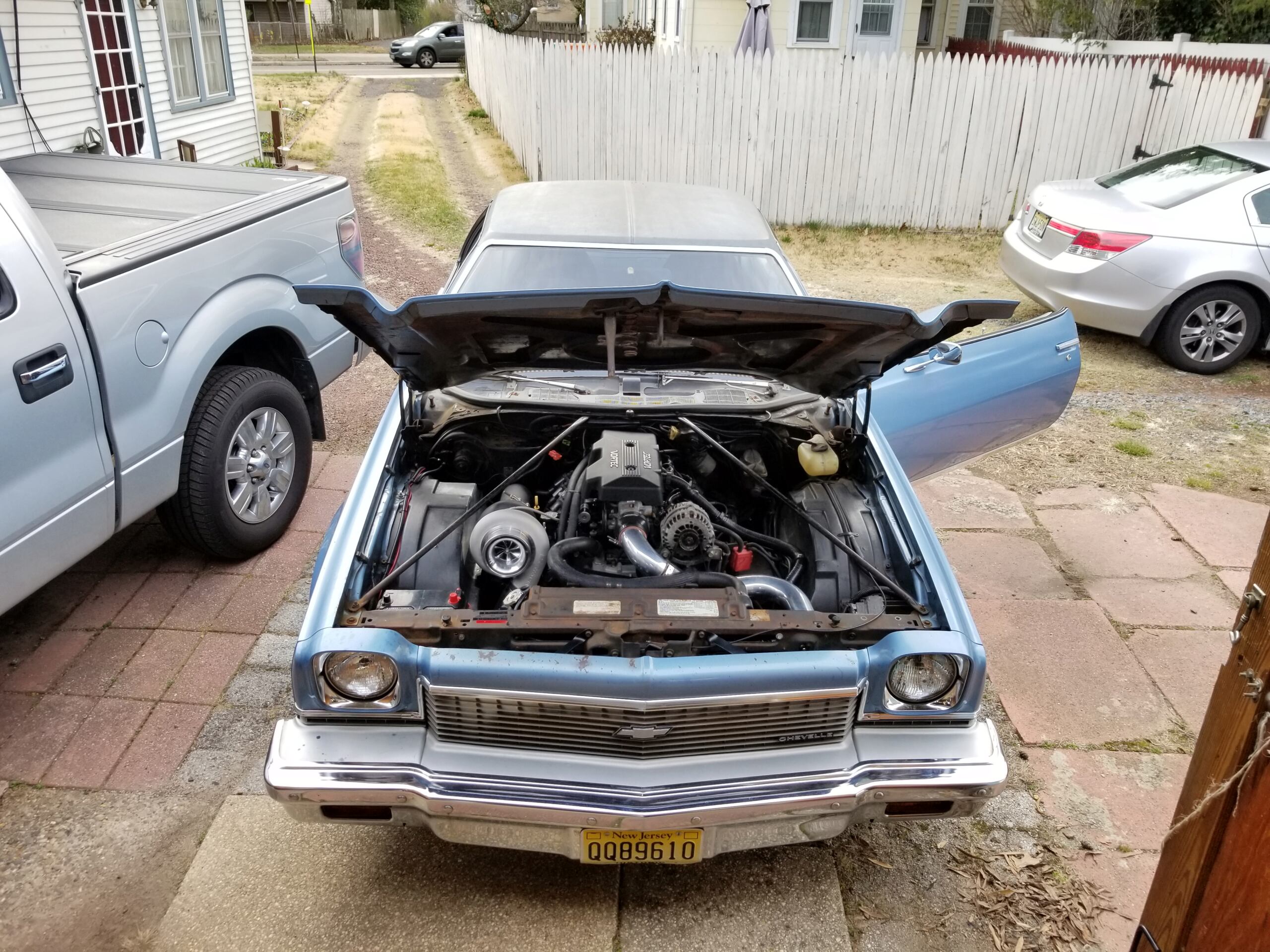 What engine mounts did you use to achieve the 1" set-back? I know there are whole kits (engine mounts and trans crossmember) but they seem pricey. I plan on doing the conversion when I take the body off so I can completely go over the frame.

Iggy wrote:What engine mounts did you use to achieve the 1" set-back?  I know there are whole kits (engine mounts and trans crossmember) but they seem pricey.  I plan on doing the conversion when I take the body off so I can completely go over the frame.

I only made a plate adaptor to move my oem engin mount.
Like this one for example: Jegs 50538 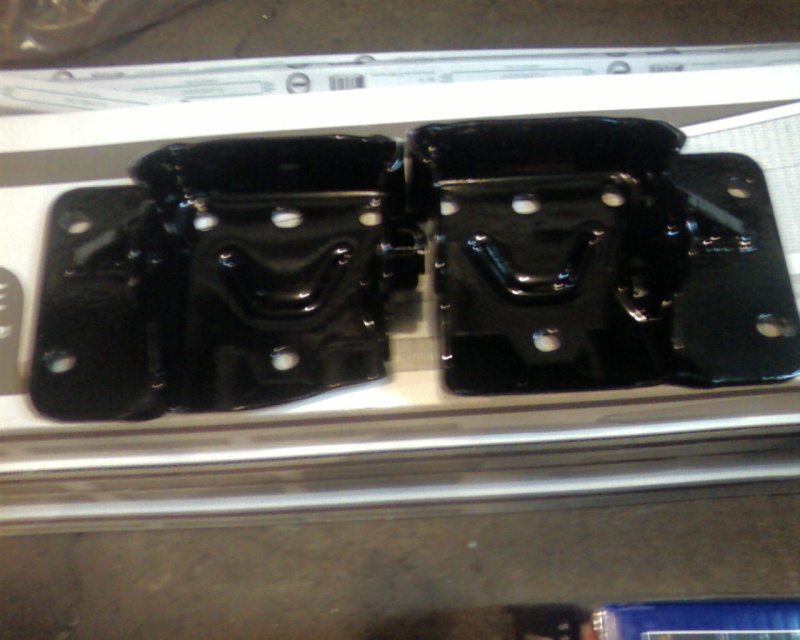 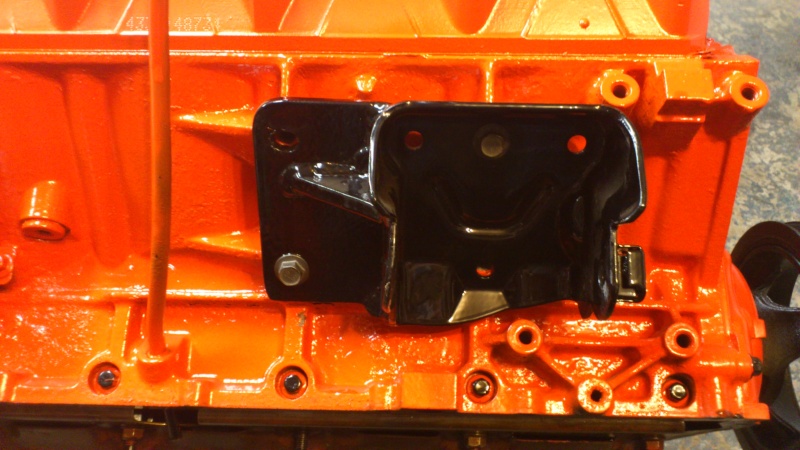 Iggy wrote:What engine mounts did you use to achieve the 1" set-back?  I know there are whole kits (engine mounts and trans crossmember) but they seem pricey.  I plan on doing the conversion when I take the body off so I can completely go over the frame.

Yesterday at 11:51 pm by REVINKEVIN