Round warning light to round gauges

Round warning light to round gauges

Do you mean these… 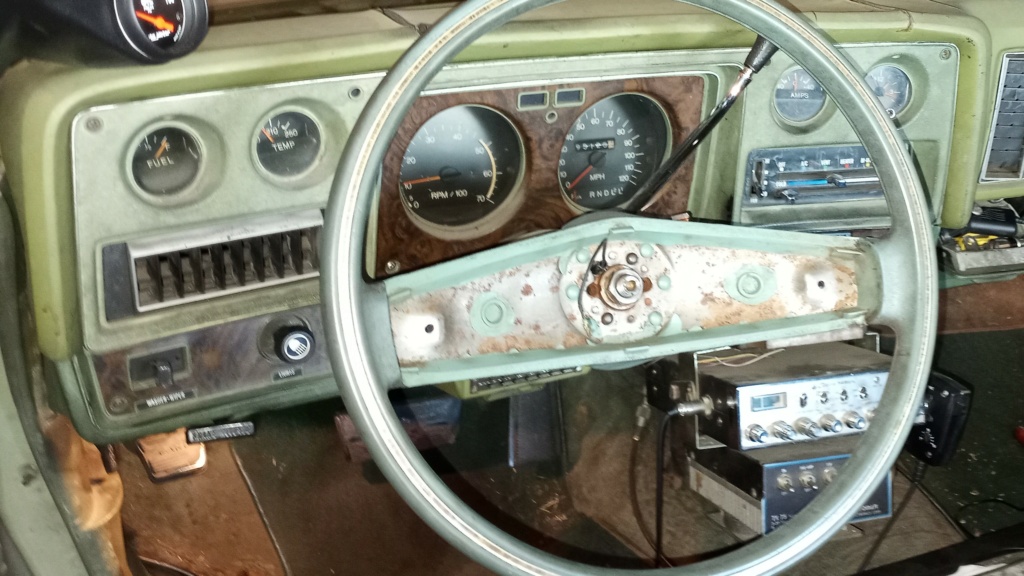 My Monte Carlo originally came with the idiot lights. I made the change to the factory gauges back in 1985 or '86. The gauges are not plug-and-play. The circuit board is completely different between the idiot lights and the gauges. The most obvious difference is the fuel gauge in the idiot light cluster is where the tachometer is in the instrument cluster.

To make the change, I had to add/install a wire for the tach. To do that, I needed to harvest a connector pin from the donor car I got the gauge cluster in the wrecking yard. I studied the wiring diagram in the shop manual to determine exactly where each connector pin was supposed to go in the connector plug for the cluster. I recall having to move a couple of them. The biggest challenge was to change the GEN light to be a functioning AMP gauge. I chose to wire one end of the amp gauge circuit directly to the battery and the other directly to the alternator output. I also double fused that circuit. What I mean is I put a low amp fuse on the battery side and one on the alternator side. The amp gauge is nothing more than a galvanometer; very little current will cause a deflection of the needle. I've seen several gauge cluster circuit boards with the amp gauge circuit fried. That leads me to think that there's some sort of failure that, among other things, causes that circuit to overheat and melt. I never figured out what could cause that failure but I didn't want to risk the circuit getting cooked so I protected it with fuses. I then chose to wire an idiot light in a hidden location under the hood and protected it with a fuse as well. You see, the idiot light circuit functions as the energizing circuit for the field coils in the alternator. Once the alternator gets going, it self-energizes the coils then the voltage on either side of the light equalizes which causes it to go out. It still works great and about a year ago, I finally got around to adding a couple more gauges by mounting them to the A-piller (you can see one of them in the upper left corner of the photo I posted earlier). I added an oil pressure gauge and a volt gauge. The oil pressure gauge doesn't need justification. The volt gauge gives you more information about the charging system than the amp gauge alone.

There is the aftermarket gauge setup which has been mentioned elsewhere in this forum that's probably easier to install but if you choose to move forward with an original setup, you have a couple of options. You could eliminate the energizing circuit for the alternator by installing a one-wire alternator. That seems more elegant and also looks tidier. For me, because my application is a daily driver and I have a lifetime warranty for the alternator, I chose to stick with the original setup. You could opt for the volt gauge which replaced the amp gauge in 1976 thereby not having to deal with wiring up the amp gauge.

Thanks for the reply. I believe I have the wiring harness from the dash I took the cluster out of so I will compare the wiring between the the two.  I changed one in the 80s but I changed the entire dash and wiring not just the cluster.