Bummer man. Mine's a 1988 ext cab S10, but it's my only driver at the moment. Just bought it 3 weeks ago so I could get out from under the Taurus payment.

itll be sweet with a 5- speed and a hot motor. 33's or so and air ride in the rear (towing ones not lowering crap)

S10s don't need all of that. For the trails in our area a set of 31's will get that truck anywhere. I went to D-Day Adventure Park faithfully for 4 years on top of a local spot called Snowball & never needed any more. My 93 Jimmy was on 29x10.50 Interco tires & kept up with the big dogs. Damn sure couldn't do that with my lifted Z71 on 33x12.50s! Sometimes I wish I still had it so I could take a visit to the Superlift Offroad Park in Hot Springs, AR. 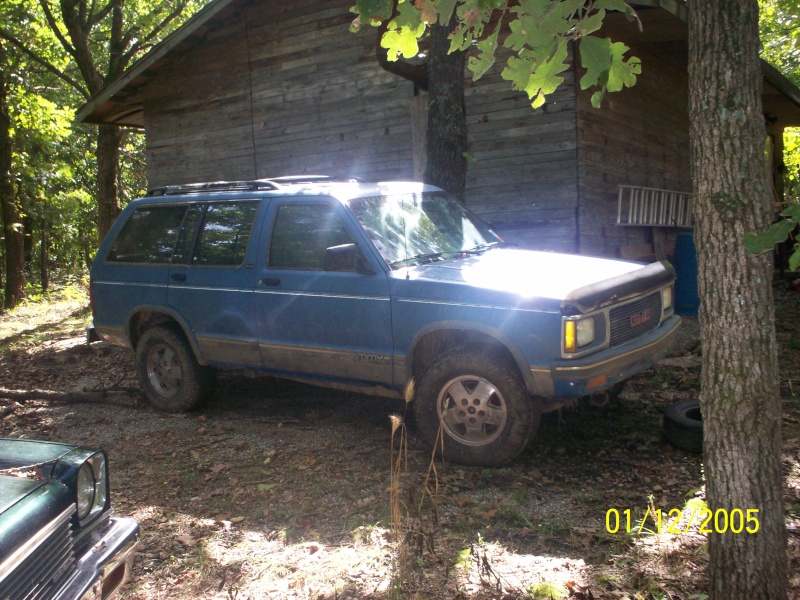 For some reason this one looked like it sat lower than most, but next to a stock Jimmy you could tell a difference. I think it might have been the large fender flares, but it looked good. OTOH, my 83 Jimmy looked good on 31's. No pics of that one though.

Im trying to decide on wheels I love those factory aluminums that have "4x4" on the spoke, like yours pictured but i think im gonna do a set of the 15" camaro wheels on the third gens.
I got a motor its a 1986 4.3L which is the one piece rear main but has a crappy flat tappet cam and no provisions to add factory roller.
Only thing I need to install it is a 4x4 oil pan and exhaust manifolds.

The Third Gen wheels have the wrong offset for a 4wd S10. Fourth gens will work though. 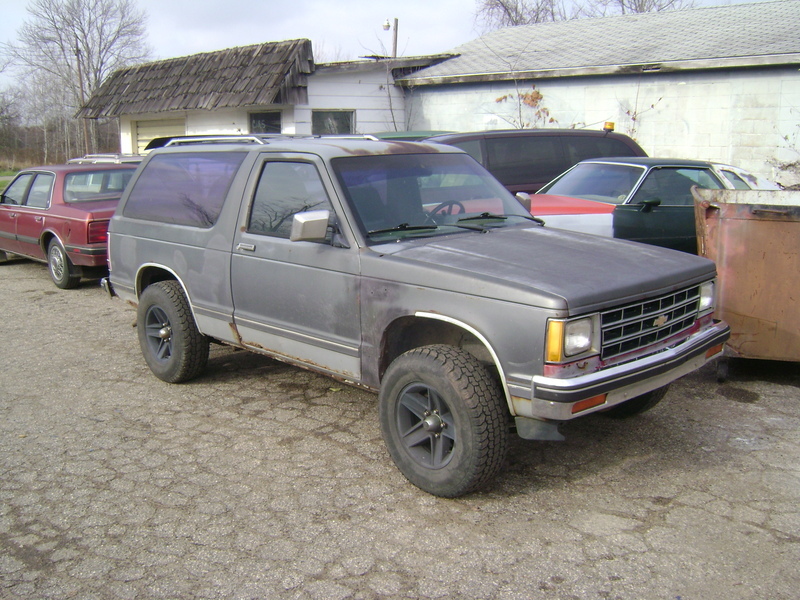 I have a set of these at the shop 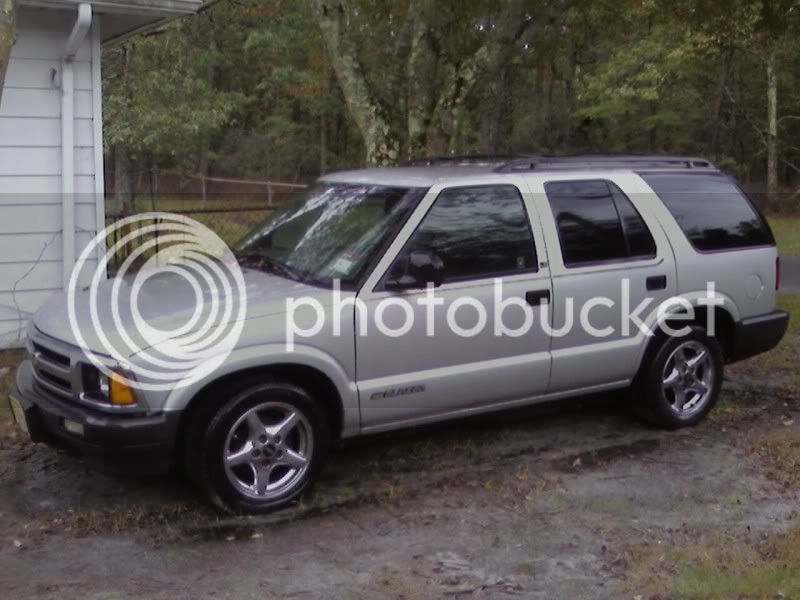 See how bad these stick out? If you go with 32's, they will probably rub when you turn because of this. That's the main reason why I stuck with factory rims on mine. The factory wheels are 7" wide with a 6" backspace on a 4wd vs something like 8" wide on a 4" backspace for those rims. That's 3" farther out which can make a huge difference on the tire size limits up front. The second set you posted should work though.

The C4 and C5 Corvette wheels have the proper backspacing for 4wd Blazers. I was gonna get a newer Blazer and put some C5 wagon wheels on it. People have done it before and it looks pretty good.

Yup. Google search "all wheel drive blazer". Some folks really like their S10's and Blazers. Someone spent a good couple of years and quite a bit of cash building an LT1 powered Typhoon clone.

Olds Bravadas were AWD instead of 4WD if you're looking for ideas.

I love S Series trucks. So far they've been able to handle most things I've thrown their way including hauling a bale of hay with a 2.2L 5 speed truck & climbing near vertical hills with a 4x4x4 Jimmy 4.3L. My newest turd is gonna be my first lowered one as well as first extended cab. Might pull the 2.8 later on, but not until this one gives. 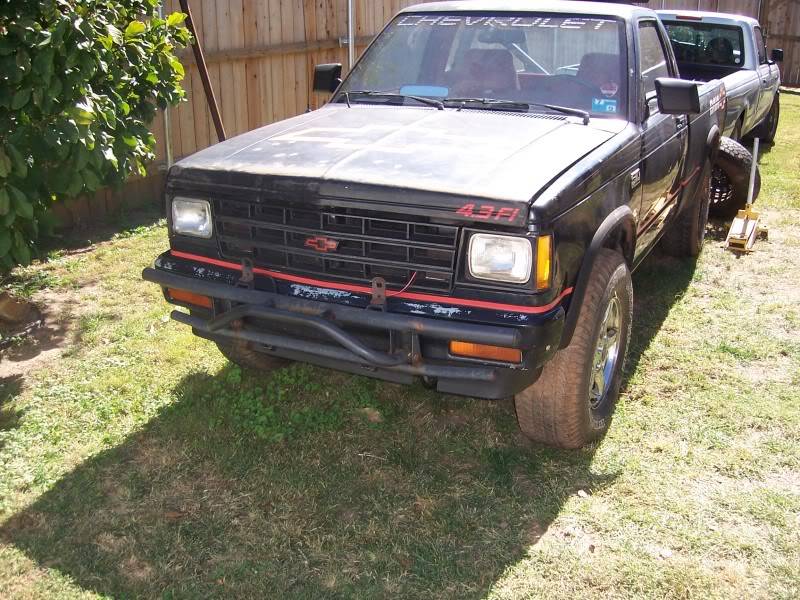 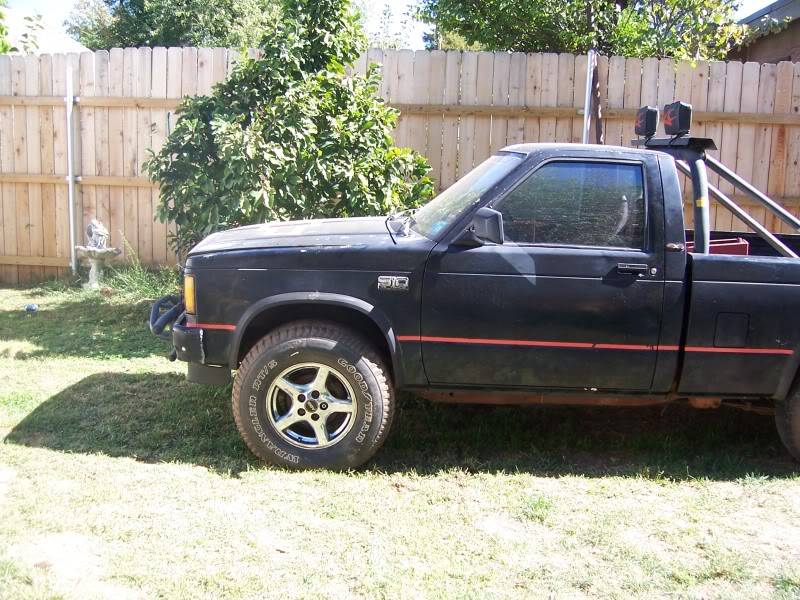 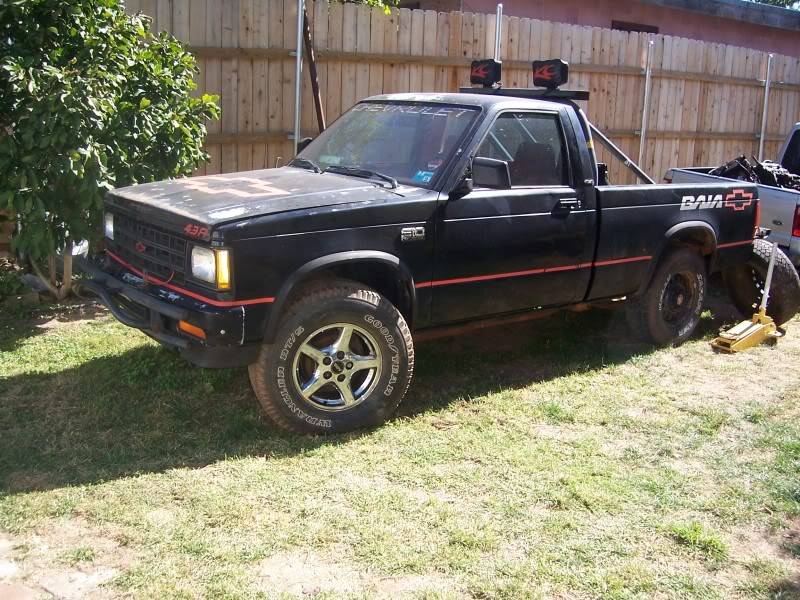 Not bad. That's still the Baja factory height correct? I think with your planned lift it should be fine. If you decide to ditch the fender trim let me know. Those haven't been the easiest to find. I keep coming across the chrome trim or none at all.

well i went and bought another engine, Its a CPI Vin W engine, Has all the high output parts on it, the big camshaft, light balance shaft and the light weight pistons.
Sending it to the machine shop to get cleaned and new cam bearings.

Stick with CPI but get a new nut kit, spider, & regulator. I always enjoyed that system. OTOH, 96+ Vortec heads would be interesting to see done.

On a side note, what's a "light" balance shaft & where did you hear about the pistons?

The lightweight piston weighs about 675 grams with a pin. It was used in all the high output, balance shaft engines (VIN "W") from ’92 through ’98 and in all the VIN "X" engines from ’96 through ’98. It was also used in the "first design" VIN "Z" engines that were built during the latter part of model year ’95, including those with the following engine codes: AAB, AAC, AAF, AAJ, AAK, AAL, AAP, AAS, AAW, AFC, AFD, AHC and AHD.

The lightweight piston was originally a Mahle, full-round design (p/n 2753), but GM switched to its own "RPM" (Revised Permanent Mold) design with a short slipper skirt and a narrower pin boss in ’95. Both of these pistons have very short skirts, so the clearance must be right or they tend to make noise at startup.

There are two balance shafts, a light one and a heavy one, and two versions of the light one. See photo. The light one is either a 10224542 or a 10172748 casting that comes with or without a metal wear sleeve installed on the back journal, depending on the application. The wear sleeve was used on the lightweight balance shaft when it was installed in a ’92 "first design" engine with the needle bearings in the back, but it wasn’t used when the lightweight shaft was installed in the "second design" engine that had a bushing in the back of the block.

This "first design" shaft should not be used in a "second design" engine because the wear sleeve shortens the surface area needed for the bushing. These lightweight shafts were installed in all of the engines that had the light pistons including the ’92-’98 VIN "W," the ’96-’98 VIN "X" engines and the "first design" VIN "Z" engines in ’95 that were built with the lightweight pistons.

You can't fit Vortec heads on an engine with a CPI intake. No one makes a CPI intake that mates to the Vortec heads. If you want something that's just as good you can port the crap out of the original heads. They have plenty of material and that's where most of the power in these engines is hidden. Hot Rod did a pretty sweet build on one.
http://www.hotrod.com/techarticles/engine/113_0208_chevy_43l_262ci_v6_engine_build/index.html
EDIT: Ok, so they said that the stock ported heads are worse than 305 heads. Still, can't beat free!
I know that I'm gonna toy around with a set of spare heads I have (or get a set of Brodix heads for laughs, not sure yet).

IndyG3 wrote:You can't fit Vortec heads on an engine with a CPI intake. No one makes a CPI intake that mates to the Vortec heads. If you want something that's just as good you can port the crap out of the original heads. They have plenty of material and that's where most of the power in these engines is hidden. Hot Rod did a pretty sweet build on one.
http://www.hotrod.com/techarticles/engine/113_0208_chevy_43l_262ci_v6_engine_build/index.html
EDIT: Ok, so they said that the stock ported heads are worse than 305 heads. Still, can't beat free!
I know that I'm gonna toy around with a set of spare heads I have (or get a set of Brodix heads for laughs, not sure yet).

Thats what I keep reading but I have to see it with my own eyes to believe it. I have everything laying around to mock it up...

Thanks for clearing that up for me. I guess I haven't paid enough attention in stock parts variations. I always thought there was just the early non-balance shaft motors & the later balance shafts.

Similar topics
» I bought a turnip....
» Just bought my first crossbow
» Bulk compost - how to bag them myself without a truck?
» Truck life
» Good looking truck slide-in camper

Yesterday at 1:50 am by REVINKEVIN