I have few G3 cars stashed away.

Here is my first car, purchased back when I was 16, and it’s still stashed away in my Dad’s shop under a cover. It started life as a 1977 Chevelle Malibu Classic powered by a trusty 305. Over many years, I did a complete restoration; narrowed rear bumper, Laguna front clip, side window louvers, bucket seat interior, and full gauges with factory tachometer. It has many options including air, tilt, cruise, power windows, and locks. After multiple engines in the car, it finally ended up with a rebuilt 1972 Oldsmobile 455 and a th400 with 2800rpm stall converter. The engine selection was inspired by the Hot Rod magazine article “Junkyard Dog.” The rear axle is an 8.5 and 4.10 posi-traction. I haven’t had it out for probably 10 years, and it’s due to make an appearance. It’s funny how so many things can interrupt your focus. It really doesn’t need much but a battery, some fresh fuel, and some time to work through surprises from sitting idle for 10+ years. 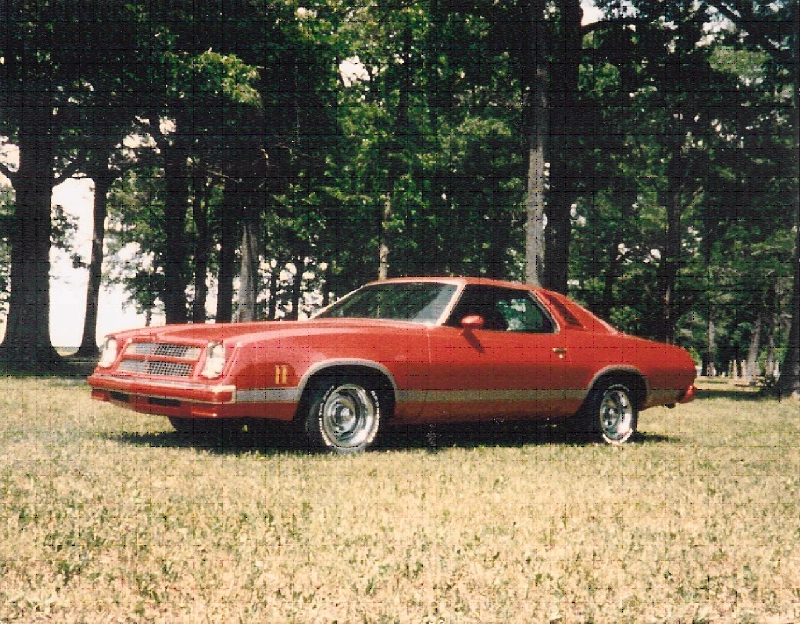 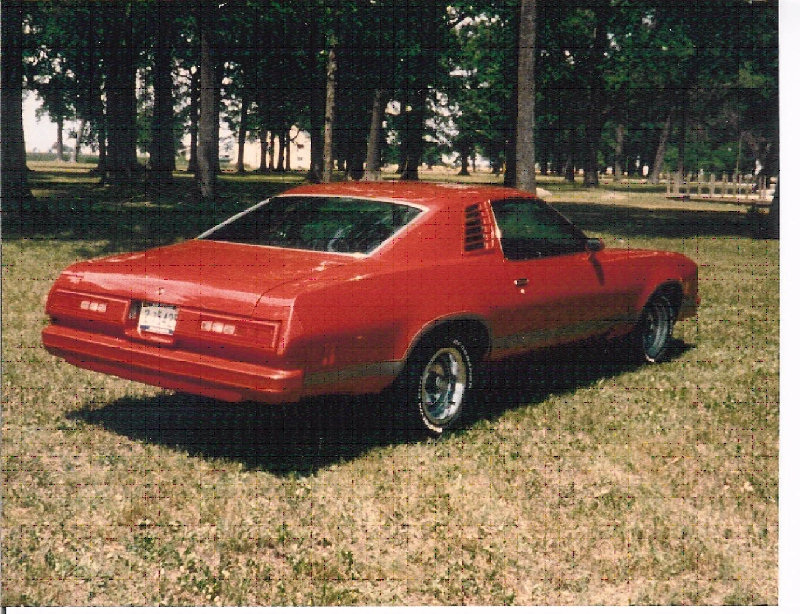 The next one is a 1973 Chevelle SS. My mom bought it new in 1973, and it has 42,000 original miles. It’s a 350 two barrel, th350, 2.73 posi-traction, and all OEM original, other than exhaust, tires, and battery. I still have the original tires, but not sure I would even feel comfortable mounting them on rims. Yes, I need a better picture. It’s been sitting for as long as my ’77 in a heated dehumidified shop. My parents gave it to me when I graduated from school. It’s been babied, and I probably won’t ever part with it. It needs the same treatment as the ’77 when it comes out of hibernation. 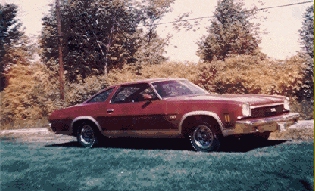 And my newest addition is a black 1974 Chevelle Malibu Classic with the original 454. It has a cool history because it was the ‘Last 454’ from the Popular Hot Rodding & Super Chevy magazine articles from the late 1970s & 1980s. I remember reading these articles as a kid, and many of the mods on my ’77 were based on articles about this car. Mechanically, it’s strong, and most of the Super Chevy mods are still on the car. The body is California clean and arrow straight. But, it has 30 year old lacquer paint on it, and it’s been driven for 150,000 miles. It needs some attention and detail work. We’re going to drive it while we work on it. 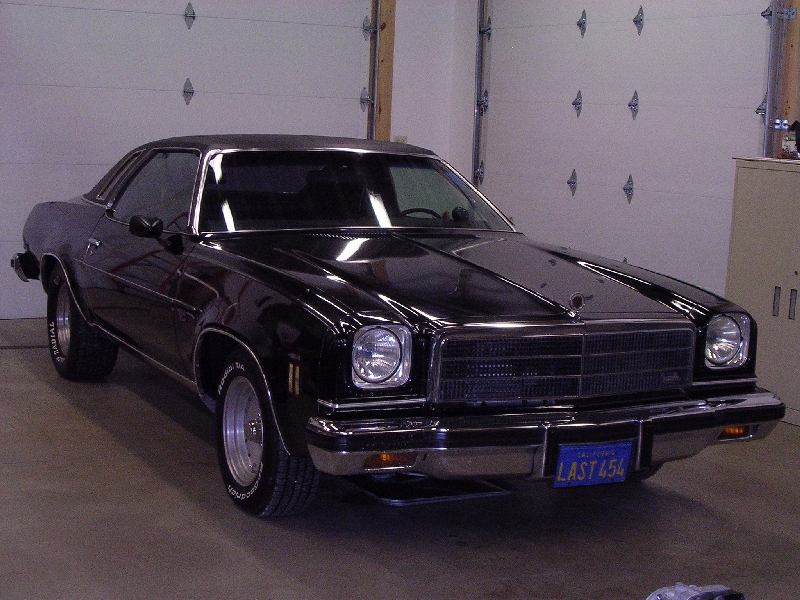 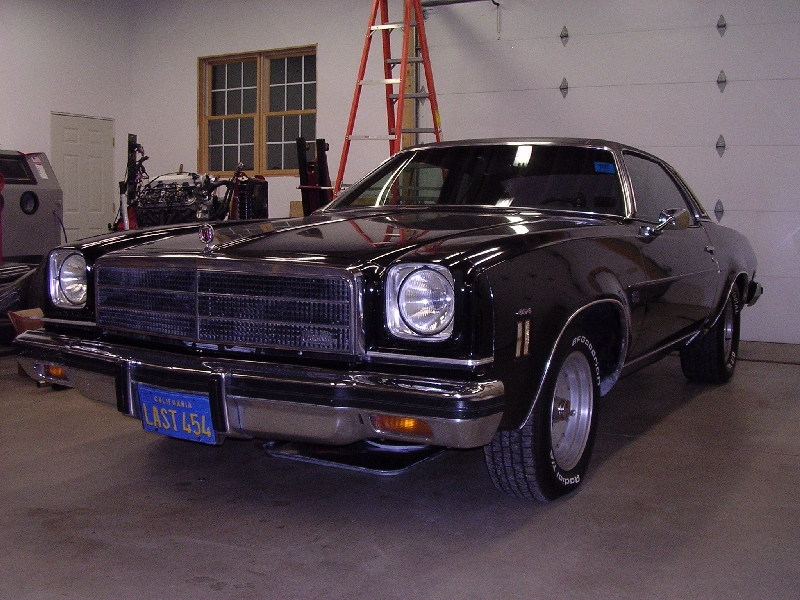 So why am I here?
I didn’t really think anyone else gave these cars a second look.

And I need parts…

nice ride there if you need a complete frame ill set you up i have 74 laguna frame it was a bb 4spd car so it has the better suspension like meavy front and rear sway bars factory 3.42 rear bb springs i also have hood / front fenders / rear tail light A$$. mirrors/ many other call me if interested i ll send you pics 270-899-0229 thanks

Welcome! Those are some awesome cars you have!

Where exactly do you live on the East side of Indy? We gotta meet up sometime and chat. I definitely wanna see all of your cars at least once!

Welcome to the site. Nice collection you have there. I am sure that someone here will be able to help with needed paerts sooner or later. JB

Nice ride! Thanks for joining! 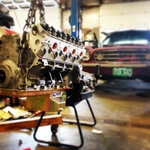 Jerry, welcome to the site & nice rides. I remember seeing the "Last 454" car for sale on Ebay last year with a bunch of memorabilia if I'm not mistaken. If you are needing parts, information, or just plain comradeship, you came to the right place.

Check the for sale section of the classifieds, there are usually people with stuff for sale. Hell I'm parting a complete car at the moment.


Limey..... do it & be proud to have graced your bowtie with some Oldsmopower.

One thing I have always wondered about the "Last 454" car...

And Chevrolet didn't keep that specific of records, to know if it's the last 454 of 1974. I would love some insight.

I believe they called it that because it was a magazine project car that needed a cool name & possibly to showcase how the later models could be upgraded just as the older ones. Just my guess. Doubt it has anything to do with being the last year for the 454 (we know that's wrong) or the last 454 produced that year (hard to verify that one like you said).

Thanks for the warm welcome. It's nice to know there is a group of people enjoying G3 cars.

I don't have specific list of needed parts. It's a running mental / emotional list... I just saw that salvage yard posting in central Michigan, and may do a road trip when I go north to visit relatives just to gawk.

From a Super Chevy article, the Last 454 name is the result of the 454 being discontinued in CA at the end of 1974. The car was built in the 3rd week of January 1974, so it is definately not the last one off the production line.

BTW, I watch the car market pretty close, and have had a bunch of G3s, but I have never seen a real 1975 'Y' VIN Chevelle. Monte Carlo yes, El Camino yes, but not a Chevelle. I drove through 3 states to look at a 1975 Laguna 454 only to find it was no where near numbers matching. That being said, does someone here have a documented 1975 454 Chevelle? That would be a very rare find.

Thanks again, and look forward to getting to know everyone.

I think I have seen one. But, as many G3's as I have looked at over the years, my mind is foggy.

I've seen one on Ebay a few years ago with the Y VIN, but never seen one in person. I'm sure it's up there with the later model manual trans cars in rarity. Surprisingly, I've seen more Chevelle SE's & Olympic Editions than manual trans or 454 cars!

Love to see a three on the tree.

A while back, a 76 El Camino with an L6 and a three on the tree went across eBay.

Yesterday at 12:29 am by superbyrd

» my other projects besides the lemans