Hi. My name is Dan Avers. I am 30 yrs old and from NW Ohio. I recently bought a 77 Cutlass off ebay that used to be bracket raced, but has sat for about 8 years now. I am in the process of putting it back together to drive on the street. The previous owner raced it with an Olds 403 and went 12.38 with it. I am putting a Chevy 350 in it that I need to work some bugs out of. This car is going to be a test mule for me for different engine combinations. He gave me the slicks with it, so I may take it down the track once or twice too...

These are pictures from the ebay ad that I bought the car from: 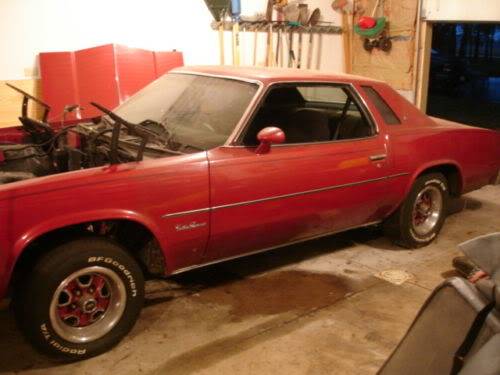 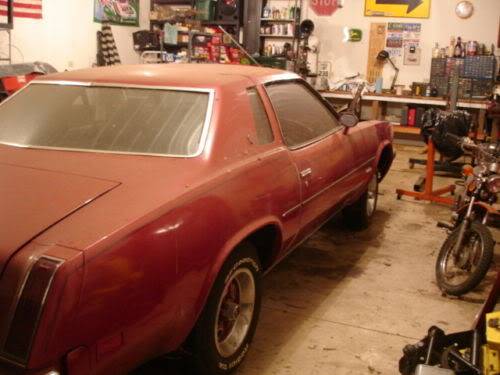 Here it is with the SBC set in place: 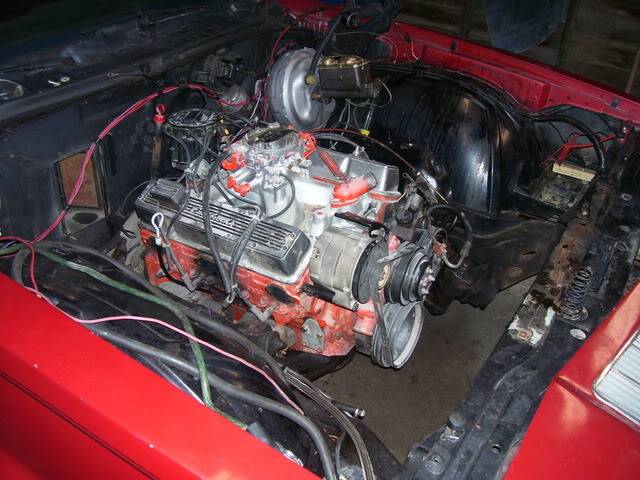 My brother has a 74 Laguna that he is getting back on the road too. The last registration sticker on it was 1990. At least he was smart enough to keep it in storage in the back of his barn and not sell it. He and his son are working feverishly now to get it ready for his son to drive to prom at the end of April.

I also have a 1987 Cutlass that I have owned since I was 15. I don't have any pictures of that to post, I will have to scan them. I will try to get pictures of both the Laguna and my 87.

I'll be looking around the site for parts information. My brother is in need of rear bumper fillers for his Laguna, so if anyone knows of where he can find replacement ones, let me know. Thanks!

Welcome to the forum! I bet your nephew is excited about driving a Laguna to prom... I would have been.

Welcome Dan, Love your car and your familie's cars. Sounds like a good family. You have come to the right place for info and comraderie. JB

You have any pics of the Laguna

itis34 wrote:I will try to get pictures of both the Laguna and my 87

I haven't had time to get any of my old pictures scanned in, but we took this picture on Saturday. After 3 weeks of 4-5 hours of sleep per night, my brother and nephew were able to get the Laguna ready for the prom. This was the first time the car has seen the road since 1990 and the first time my Cutlass and his Laguna have been photographed together. He's got the bug again. He drove it just a little bit on Saturday morning and remembered just how cool it is to drive an old car, so hopefully we'll get to do some little trips together this summer. 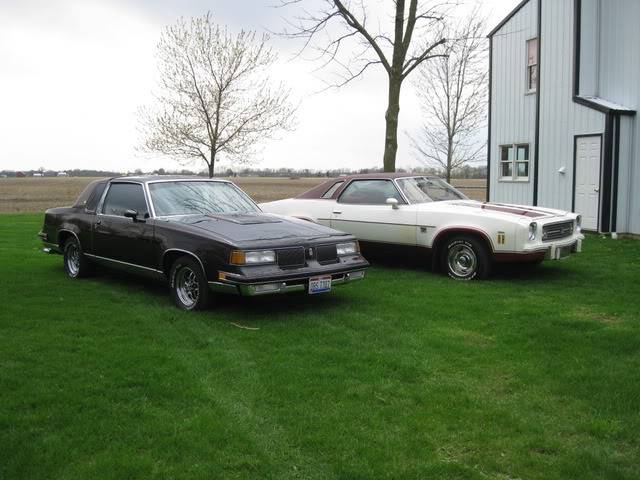 Now it's my turn. I have to get cracking on the 77 Cutlass to have that ready for my wedding on May 21. The wedding party is going to all be driving old cars from the church to the reception. My wife and I will be driving my Cutlass, brother his Laguna, other brother in a '71 Chevelle, nephew will have the 77 Cutlass, and my college buddy will be driving an 89 Silverado I restored a few years back.

i did the same thing for my wedding. 87 cutlass,74 monte,81 monte were all dressed up in bows and balloons.....

Dan, I saw that car on ebay, talked with the owner seemed like a nice guy. Did you end up purchasing the rear end with the car?

Yeah, the rear end is really the reason I bought the car. At first I was going to swap it out with a 2.73 rear end from a 77 Grand Prix, and then sell the Cutlass. But the longer I had to look at the car over the winter, the more its grown on me. Who knows, I'll probably end up keep this car too and adding it to the collection...

nice ride there i really love the laguna.s we come to the site also there is a bunch of real nice folks hear all helpful if your brother is in need of parts let me know i have a 74 guna iam parting out still have a few good parts left its always great to see these cars back on the road again