Title or no title, this is a steal just for the parts.

ya it is a STEAL haha probably doesnt have keys either

and it has a straight 8

Those are probably scams...1st post has been deleted, so I didn't see it.

For whatever reason, you could find the same 2 or three ads on CL just about anywhere. One says "I am in the military and deploying so I have to sell" the others all give some sob story about a death in the family and blah blah. But most of them just say 1500-3500 dollars and only have an email contact or will only allow you to contact the "seller" thru CL. Up until about six months ago, if there were 10 SSs on CL, six of them were scam ads for some reason. The 91-96 B-body boys caught on and started reporting them to CL and they started disappearing, but they are still out there. The funny part about the ads, is that the pic was usually pulled off of some 9C1/SS site, and members of those sites kept finding their cars for sale all over the country.

First one was real. I used to see it running around the area. Rough, but real.

Can't say for sure about the second one, but B Bodies are everywhere around these parts. Hell I scored a running driving Cop car for $450!

Anybody looking for a nice Caprice would be smart to look at them before the SSs.

Pretty much the same car, (sometimes a lot better) for less than half the money.

Here's some more to look out for. There's also one for the oil cooler option if I remember right, but I couldn't find it:


[edit] 305
The 305 5.0L variant of the small-block Chevrolet introduced in 1975 had a displacement of 305 cu in (5 L) with a 3.7350-inch (94.869 mm) bore, and 3.4803-inch (88.4 mm) stroke. Many performance enthusiasts shun the 305 because of the availability of 350 engine, along with the fact that the same parts will yield much more power in a 350 cubic inch package. Due to the popularity of the 350, items like rebuild kits are more expensive for the 305. Still the 305 has considerable power potential to the high selection of aftermarket parts that are readily interchangeable with the popular 350. Not all cylinder heads apply to this engine due to valves having bore interference or shrouding issues with the narrow bore of the 305 engine, but there are many LO3 setups that can produce over 300 horsepower from the right combination.

The 305 was used in the following cars: 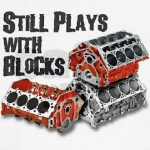 and get 22+ mpgs on highway 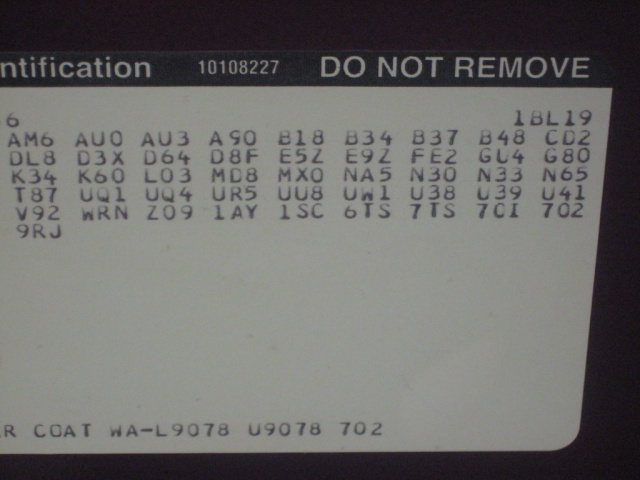 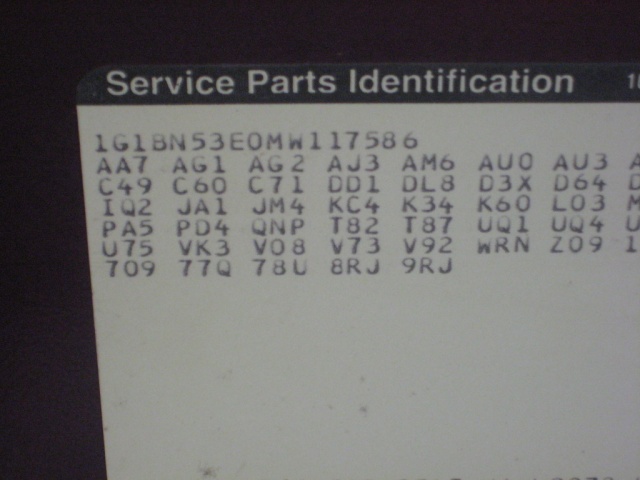 The 305 was more widely used than even the 350 according to some sources. You gotta think about countless pickups, Montes, Camaros, Novas, Non-Chevy vehicles such as Olds, Buick, Pontiac, boats, RVs, etc. RoadCaptain's list is more than a little shy.

»  Aluminum sheets in the doors?