I've debated whether or not to post (albeit a long one), but since I have pics & thoughts to share, why not? Perhaps my screenname should now be "CAPRICE_knight"...!


ALL new 75 photos (& captions, relative to THIS post) are here:
https://picasaweb.google.com/knightfan26917/TheRoadmasterFiles

I didn't have much "creativity" in taking pics for a while, but that seems to be returning (compared to some of my other pics on my picasa site)....

I detailed my 1979 Caprice Classic for the 1st time in over 2 years, 08/29/2012. Cleaning took 11 hours (7:30a-6:30p) minus ~45 minutes for lunch & 4 afternoon breaks, ~10 minutes each. In the afternoon, a young couple walked by; the guy asked how much. I told him $1 million. He laughed & said, "No seriously." I said, "Seriously, 1 million". I told him about my unemployment & medical bills & the lady said to him, "Ya know, you should just leave him alone. He's been cleaning that car since early this morning." The guy then said, "I always love walking by this house. It's nice to see older cars being used." I must've had a weird look on my face (the other car that sits outside here is a Cobalt) because he quickly added, "I've seen other cars. You had a blue Monte Carlo, & a few others, right?" I relaxed a bit & nodded, explaining why they were gone/sold. Then, he said, "Well, I'd love to buy this Caprice, but I can't afford that high price" ... & chuckled. I just smiled; they turned & walked away. I wonder how many people notice & appreciate older cars being used/driven.... 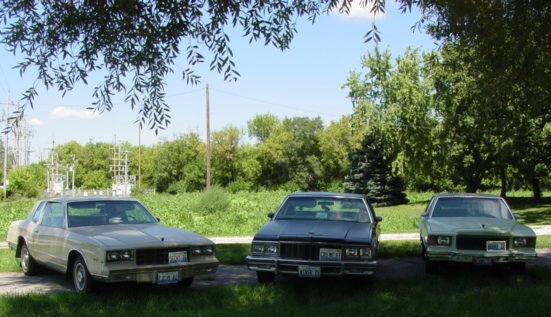 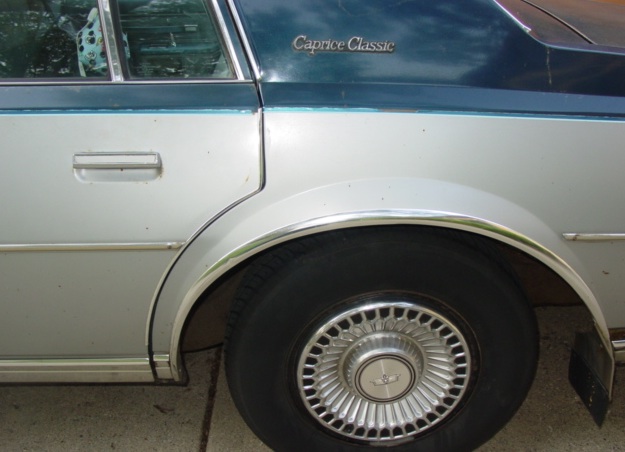 The Family of 3, after detailing: 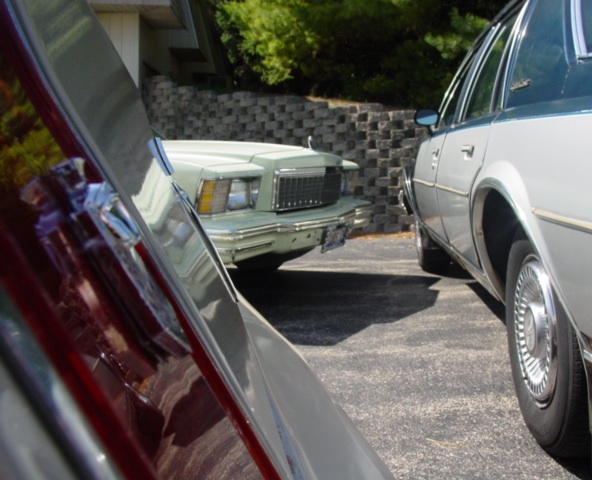 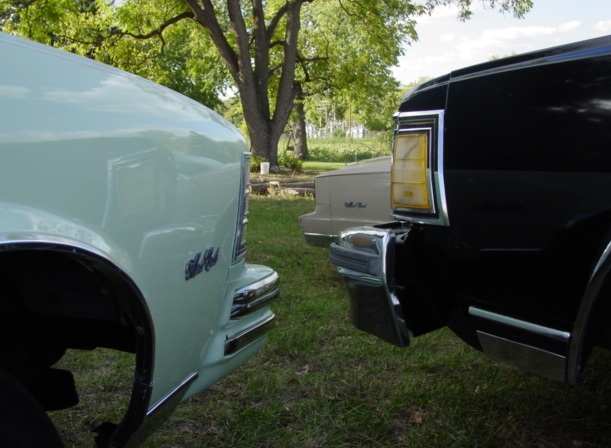 During my continuing unemployment, the only show I've allowed myself to watch during the day (except for Jeopardy!), is Rockford Files (1974-80), on ME-TV. When I watch, I'm reminded that, perhaps, I was born in the wrong decade. Call it nostalgic, wistful, sentimental, or whatever, but each episode, I see many cars (particularly w/my MC family gone) that I'd LOVE to own or just simply drive ... Jim's Pontiac Firebird, Furd LTDs & Thunderbirds, Lincoln Continentals, Dodge Chargers & Coronets, Plymouth Furys, Caprice Classics, Buicks, Oldsmobiles, etc.

Each episode has memorable quotes, but a recent was KITT saying to James: "Mr. Rockford, you are coming dangerously close to contempt of court...again!" Course, William Daniels was a few years from being KITT, but it was still weird. Another episode, "Sleight of Hand", was based on a novel, "Thin Air". It piqued my interest &, while I can't quite put my finger on it, is an episode that connected w/me....
http://www.avclub.com/articles/the-rockford-files-sleight-of-hand,54582/

Labor Day weekend, a friend from TX, Robert, was in Geneva IL visiting another friend in the area. I stayed with Robert in the Dallas TX area during my 2011 road trip, so I made a point to see him Monday. [I was flabbergasted at all of the businesses I saw open during my 50-mile drives in both of my dirty (at the time) MCs & my drive in my clean 1979 Caprice Classic back'n'forth to Geneva. Didn't businesses used to be CLOSED on Holidays?] During our visit, we reviewed some of my old road trip pics. As I looked at them, I was struck by just how many people I've met over the years & STILL keep in touch. Others I miss, even though I don't know where they are today....

Saturday, 09/08/2012, I drove my 1979 Caprice Classic to Rochelle IL for lunch to meet friends traveling from Wisconsin back home to Missouri. 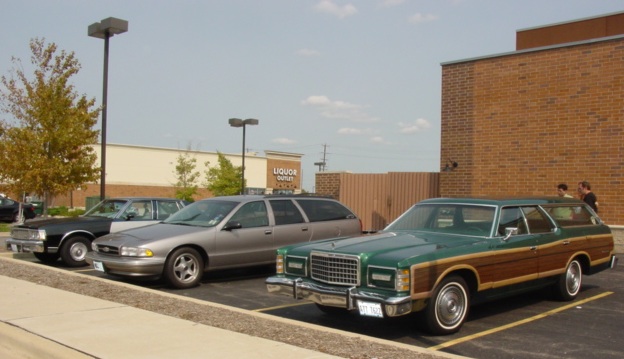 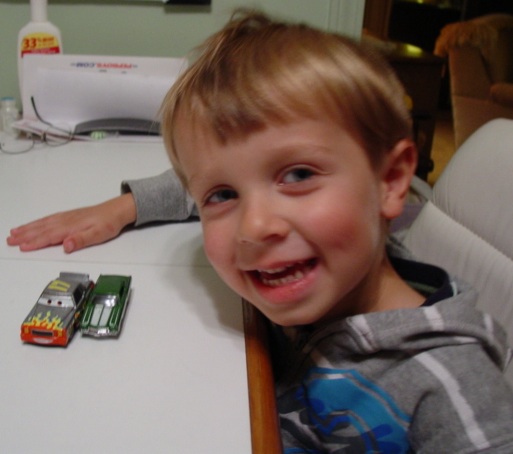 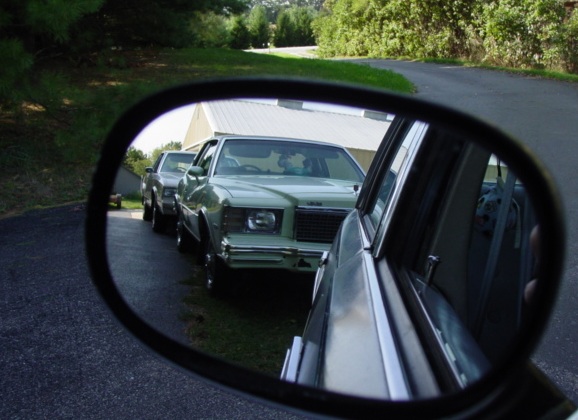 Something about September always makes me melancholy. This year, just a touch more. I was stopped in my tracks when I realized what the September monthly feature was on the NY MC Club calendar...my former MC family. I'm tired of not feeling like doing much & procrastinating. I'm also tired of failing & being unemployed. This listlessness & restlessness is not a good combination. I'm still highly embarrassed & extremely sad about what I had to do (sell 3 of my MC family) in late July. Right now, I really need a road trip (as I had planned to do the 1st 2 weeks of September), a job (so I can REALLY get "back on track"), &/or something else.... Luckily, unemployment was extended, but only until the end of December 2012.

The word "depression" grates on my nerves. That's a good thing because it means I recognize it. Years ago, I was very "mad at the world"/depressed/unhappy. Then, around my 01/06/2003 open heart surgery, something "snapped"...& I realized I had to be happy. For the better part of 9 years, it worked. Perfectly. I did my road trips & met MANY people that I count as friends. Now, I wish my overall discouragement would stop increasing. BUT, life IS still good. It is interestingly amazing how some things just make you smile & energize you, even at the weirdest times.

Finally, ya'll have been warned my "big heart" is gone. So, this is the society we want?
...Convict a person based on "hearsay" evidence, but not convict a company based on FACTS?
...Hurl personal insults, threats, daggers at each other over what politicians "promise", but not take into account that what we say MAY involve loved ones?
...Watch politicians spend outrageous amounts on campaigns, but not find money for pressing issues?
...Use health issues (like my congenital heart defect) for political gain, even though health issues do not see Republican, Democrat, male, female, rich, poor, etc.?
...Have businesses open on "holidays" (Memorial Day, July 4th, Labor Day), but not support home-town entrepreneurs?
...Say we support each other & promise to assist, but when needed the most, ignore each other, go silent, say the "what not to say" phrases, or not fulfill our agreements?
...Expect donations for worthy causes, but then not acknowledge the generosity?
...Witness a church spend $20,000 per MONTH on a mortgage, while individuals struggle to make ends meet &/or are forced to sell prized possessions due to unemployment & medical bills?
...Instead of telling people to "never forget", shouldn't we ACT like we "always remember", w/the same friendliness & caring displayed towards each other in the weeks immediately after 09/11/2001?
Just sayin'. 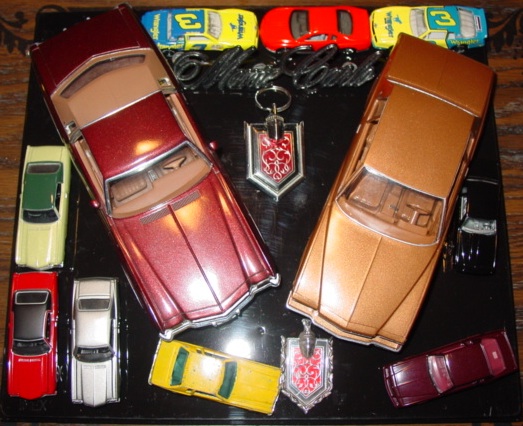 09/15/2012 ... It's logical, right, to start a project LATE on a Saturday night that you know you can't completely finish (which frustrates you) & then take some "half-hearted" pics just to show you've done something? 2 of the pics... 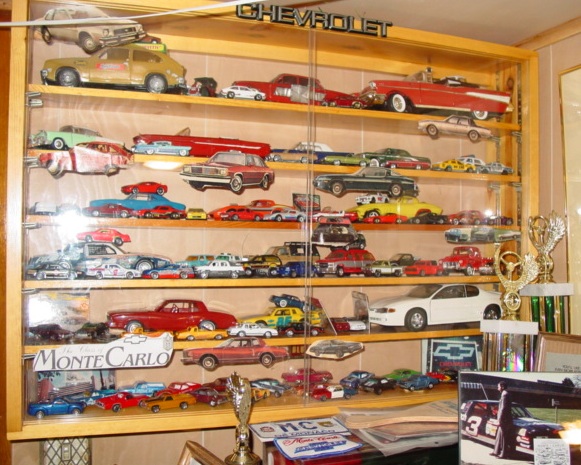 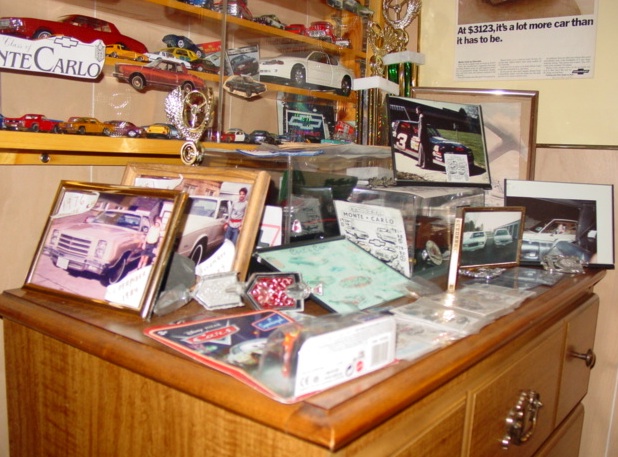 That bent trim on the "wood surrounds" on the left front fender has always bothered me, I could never get that straightened out right. Then again the Country Squire lived in the city of Chicago where people "park by braille" and it shows! LOL

The car family is lookin sharp!

BTW: The TV show The Rockford Files was the seed that was planted in my head to get back into college and get into becoming a detective (police).

1973 Buick Century wrote:That bent trim on the "wood surrounds" on the left front fender has always bothered me, I could never get that straightened out right. Then again the Country Squire lived in the city of Chicago where people "park by braille" and it shows! LOL

Heh ... I had to look at that pic of your wagon twice to realize what you meant. But, I see it now!

Thank you ... but, as you know, the 2 MCs would NOT be clean without your help. Much appreciated, perhaps more than you know. I doubt I'd be putting as many miles on them as I am (over 600 in just over a month!) if they weren't clean. And, of course, all of the pictures....goodness all of the pictures...!

1973 Buick Century wrote:BTW: The TV show The Rockford Files was the seed that was planted in my head to get back into college and get into becoming a detective (police).

I think you mentioned that to me at one point. Still cool. Heck, the last few episodes I've seen, I've found myself wishing I was as quick-thinking and creative as JR.

*
Hindsight 20/20, I should've split this into several posts, given the # of topics, but since this is my 1st post in over a month, figured I wouldn't "bombard" ya'll w/separate posts....

11/11/2012 GATHERING & CELEBRATION
I'd love to have this at an area Forest Preserve, but given the time of year, that probably isn't best to plan. So, I'm reviewing restaurants & other possibilities. PLEASE SAVE THE DATE; hope YOU are able to join us! Timeframe: probably starting ~1p....

I had planned to enjoy my 9th "major" & documented road trip (my 12th "major" overall) this year, but couldn't due to my continuing unemployment....

More highlights, including 3 from the 75-mile drive. Perhaps my creative picture-taking IS returning? 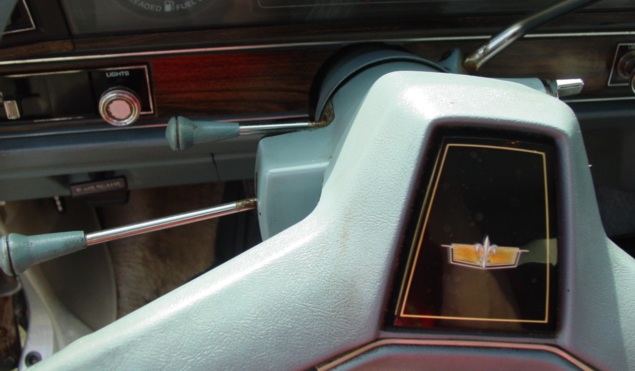 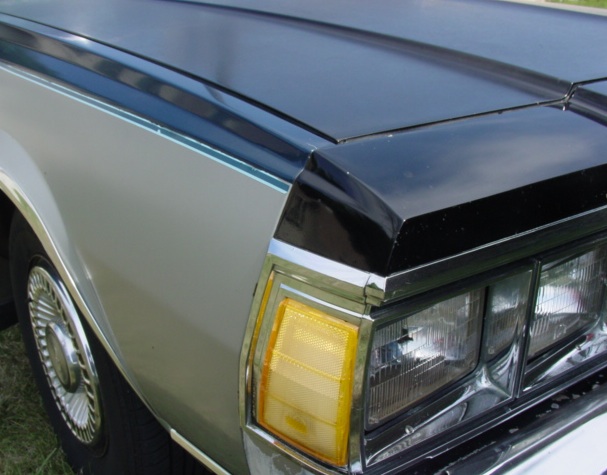 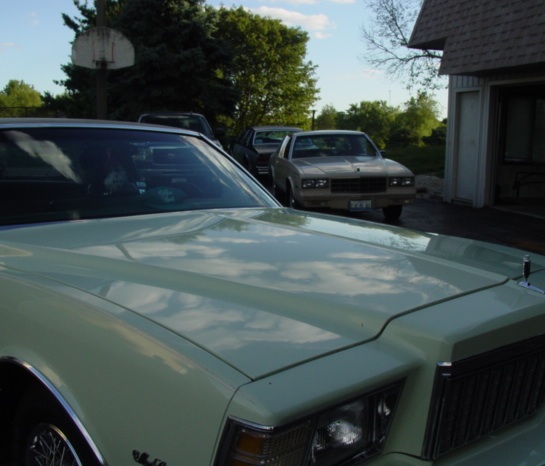 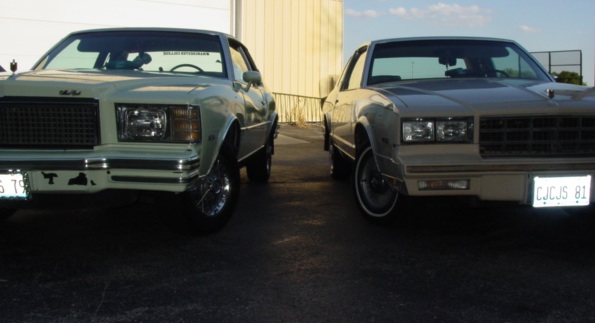 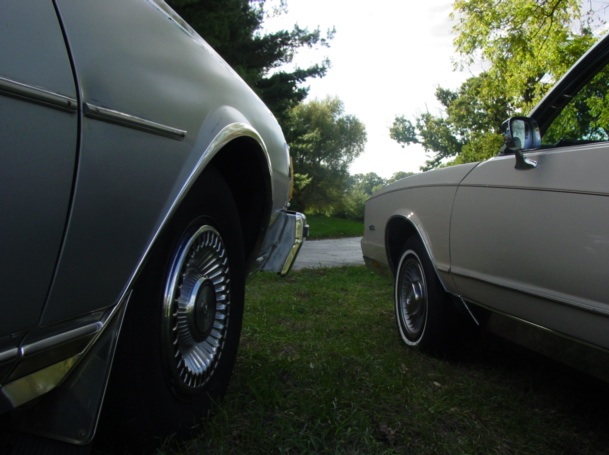 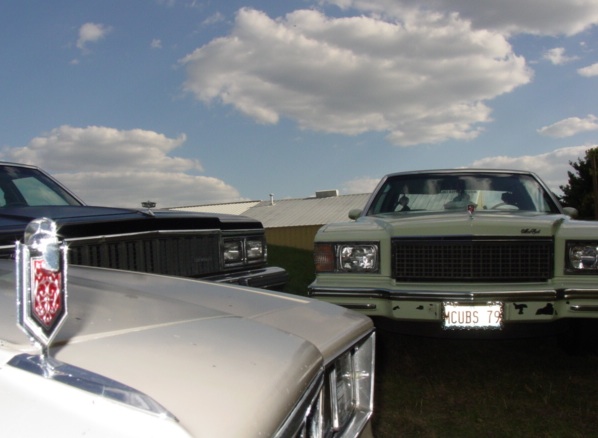 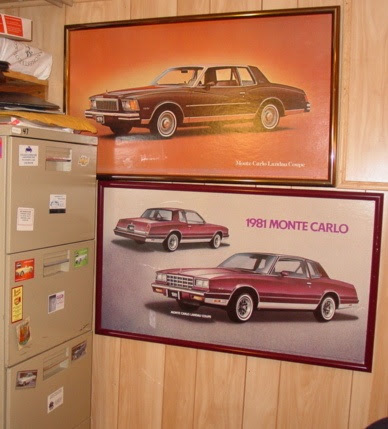 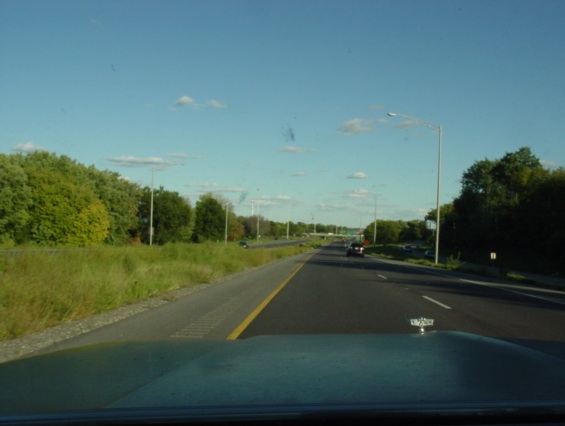 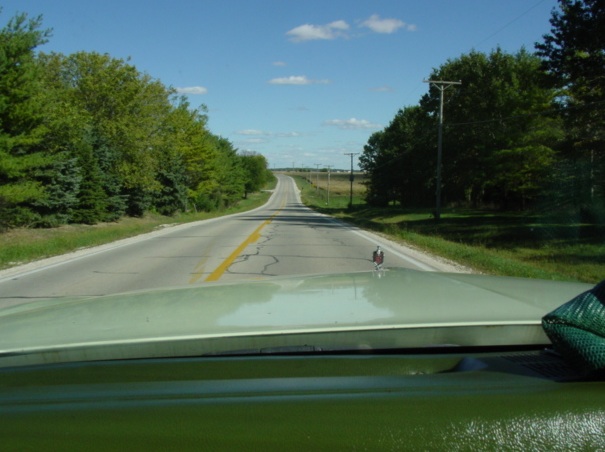 Latest topics
» Question for the MODERATOR

» Where are you at picture