Did our cars ever come with them as an option or is there a conversion kit available? I noticed (after years of being spoiled with newer vehicles) that they really do come in handy. Odd that it never bothered me before. Of course I also like A/C, cruise control, matching wheels, & other amenities I need to get/fix so this isn't like a top priority or anything, just wondering for future reference.

Rago wrote:Did our cars ever come with them as an option or is there a conversion kit available? I noticed (after years of being spoiled with newer vehicles) that they really do come in handy. Odd that it never bothered me before. Of course I also like A/C, cruise control, matching wheels, & other amenities I need to get/fix so this isn't like a top priority or anything, just wondering for future reference.

Pretty much all GM cars had them after 75. Just grab all the stuff out of a post-75 car and you'll get it.

IndyG3 wrote:Pretty much all GM cars had them after 75. Just grab all the stuff out of a post-75 car and you'll get it.

So is it pretty much plug & go I assume? Or is theere some custom wiring involved?

if it's done like the 80's cars, then you will need the motor, wiring, and switch.

www.napaonline.com shows different motors for standard and intermittent wipers for a 77 Monte Carlo, but they cost the same.

I know this is old, but I just grabbed all the stuff to swap the intermittent wipers in to my 77.

I ran across a 77 Monte that apparently was loaded at one point (factory sunroof!) and saw it still had the switch. Grabbed that, and the two wire harness that is not part of the normal wiper harness, it runs into a hole beside the fuse block and then over to the wiper motor. The motor on the Monte was gone, but there was a 77 Fleetwood with it all intact.

It is literally a plug and play, though I'd get a new washer assembly as they seem to be prone to not working well.

When I get mine overhauled and ready to install I'll do a write up on it. I think the hardest part is finding the pulse wiper switch itself, everything else is super easy to source.

Does anyone have an electrical print?

The Fisher body manuals have a big chapter devoted to wiper systems, including the pulse/intermittent systems. I have the manual for 1977, which covers all the GM cars for that year. (Bought it off of ebay for $9.95 + shipping.) It's worth having around.......
It has several electrical diagrams for the pulse wipers, but are for trouble shooting, and not the complete system schematic.
If I find a complete diagram of the system, I'll have someone post it here.

Thanks pila, I bought a book off ebay, but it doesn't have delay wipers in it. I'm checking a link from google, If it turns into anything I'll post it. Ron

i have the knob style in my monte.
here is the slider style; 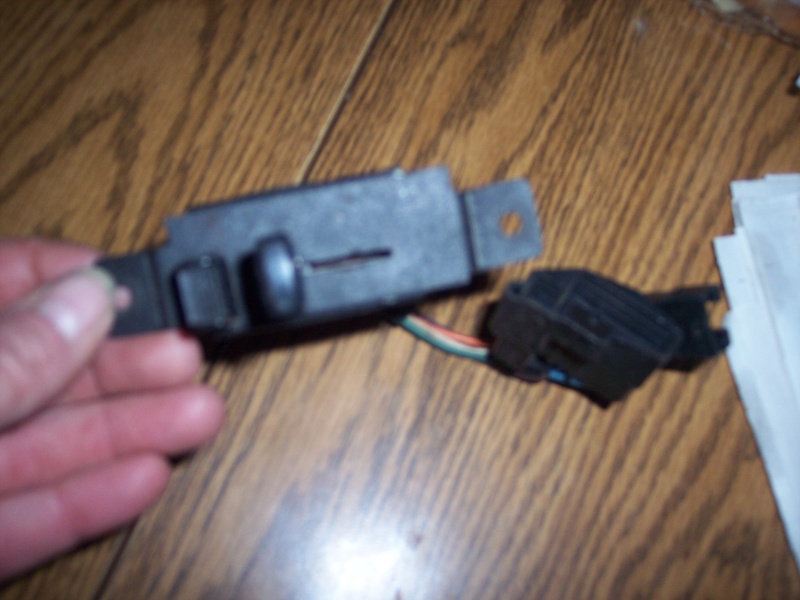 If I really wanted a pulse wiper, I think I would just get an aftermarket type, and figure a way to interface it to the standard system. Could likely be done, with a bit of imagination.
But for a summer, rarely driven in rain-type car, I likely wont bother with that. Too many projects already!

But.....my Elco will be a daily driver, so I'll have think about it again later.
I thought I would get it near finished this year, but too many expensive parts to get yet.

I've got the '77 Fisher Body manual that has the diagnosis and wiring in there, I'll get them scanned in tomorrow

That manual has a lot of trouble shooting info in it too.

This is a neat page that has the shop manual already scanned in plus lots of information on how/why it works.

Ok I just got done swapping mine over to pulse wipers.

Parts I used; 1977 pulse wiper switch from a 77 Monte Carlo. (apparently the switches now are made of unobtanium)
a 1977 Pulse wiper motor assembly from a convient 1977 Coupe De Ville. (it also had a factory Am/FM/CB radio)
Pulse harness from the Monte Carlo, included with the switch.

I spent another 15 minutes swapping the motors out. I initally left the D-body crank arm on the motor but found it didn't sweep the wipers far enough, nor did it move them at an acceptable speed. swapped the original crank arm on after re-greasing the pivot ball, and all my stops are back to OE spec. I shot of tuner cleaner into the switch to lube and clean the contacts and it hits on all the speeds and delay.

I did have to rebuild the washer pump as the valves had dried out. I had rebuilt the non-pulse washer pump shortly after I got the car so I just switched them around.

The hardest part about this whole mod was locating the switch at least in the DFW area. I've hardly ever see many 73-77 cars in the yards even when they were 15-20 years old.