I was going to list all of the mistakes I could find, but realized there are just too many movies, each with many mistakes. So here is a list of movies about cars. Most of these are must see for the car nut, some are just plain dumb:

White Lightning - Think Smokey & the Bandit only darker. The movie starts off with the sheriff drowning a couple of guys & leads to "Gator" (Burt Reynolds) getting revenge driving a four speed Ford LTD

2 Lane Blacktop - 2 guys & a 55 Chevy racing a GTO to Washington, no real plot, but still one of my favorites. BTW, the guy at the gas station with the speed shop shirt originally built the 55.

Smokey & the Bandit 1,2,3 - A Trans Am that changes years every movie. Seriously who hasn't seen these?

Dukes of Hazzard - Hilarious remake of the show, although I don't ever remember Uncle Jesse doing that thing with the apple at the end of the movie, lol.

American Graffiti 1,2 - First movie was about cruising, cool cars including the 55 from 2 Lane Blacktop, second one was about Milner Drag racing.

Vanishing Point - wow that guy was on one! guy delivering a 70 Challenger on a bet to reduce his "debt". I don't know if this is comical or not, but I think so.

Cannonball 1,2 - race across USA! with some cool rides including some G3s! Big name actors too

Death Race 2000 - Ridiculous movie, the actors either got paid well or needed money, but getting points for hitting someone is a funny concept.

Death Race - decent movie, horrible way to remake it, should have named it something else

Gone in 60 Seconds (both of them) - both about stealing cars. Remake has better story, but the original has cooler cars & a longer chase!

I know there are plenty more, but this is a start.

Mad Max, The Road Warrior- Made absolutely no sense at all, except for the fact that Mel Gibson is as crazy as ever. He drove an Australian Ford called a Police Interceptor. It had some huge blower on it that Max could turn on and off with the flick of a switch. Lots of B-grade blood and gore, people getting hit by motorcyclists, the usual Australian thing to do.

Days of Thunder- The actors accidentally call each other by their real names on several occasions. A guy builds and entire race-legal NASCAR in his barn in about 2 days.

DeathProof- It was made by Quentin Terentino. That's bad enough.

Overdrive- Awful B-grade movie about vehicles coming to life and murdering people. Their leader was a semi that had what looked like the Green Goblin slapped on the front of it.

....and the Marlboro Man- I don't remember the whole name of this movie, it's that bad. Something about some guy who wears a Marlboro jacket and does Evil Knevel style jumps to save some friend or something.

Wow. I remember nothing but the godawful car movies...

Deathproof wasn't too bad at the end, odd movie though.

[quote="Rago"]American Graffiti 1,2 - First movie was about cruising, cool cars including the 55 from 2 Lane Blacktop, second one was about Milner Drag racing.
[quote]

Already ahead of ya, lol. So will the Two Lane Blacktop 55 be there or the American Graffiti one? How's that for a curveball?

Two of the three cars survived American Graffiti, we all know what one didn't. One of the two was kept as the AG car & has been pampered & shown in magazines. The other had a way more interesting story. Long story short... it turned drag car, then parts car, then sat in pieces in a barn until the current owner bought it & tracked down the missing parts. It now looks just like it did in TLB. The Criterion Collection DVD shows the rebuilding & what it looked like with previous owners. Pretty cool stuff on there.

The movie was Harley Davidson and the Marlboro Man. it wasn't that bad compared to others. By the way my 1963 Chevy II 4-door was the feature car in the B budget most likely C movie Lakota Woman. Check it out.

THE CAR--- somekind of lincoln.
DUEL--- plymouth something and a semi.
BLUE BROTHERS---a whole bunch of everything.

Overdrive- Awful B-grade movie about vehicles coming to life and murdering people. Their leader was a semi that had what looked like the Green Goblin slapped on the front of it.

I think it was Maximun Overdrive.

I do still plan to build that Hawaiian Tropic Laguna!

And speaking of the Hawaiian Tropic car, it has a cameo appearance in the ESPN Movie 3 about Dale Earnhardt

dont be raggin on mad max that trilogy is great and the road warrior makes more sense if you see mad max. the interceptor is a 1972 Furd falcon xb with a 351 cleveland putting out 600 horses.
[img] 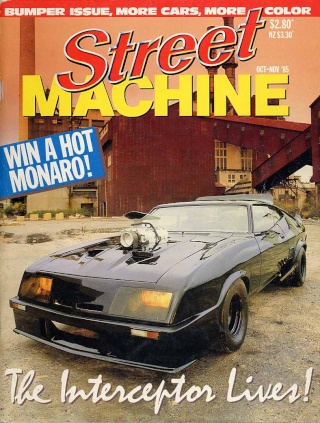 [/img]
this is the actual car from movie just restored

1973 454 MONTE wrote:THE CAR--- somekind of lincoln. PIC OF the car FROM MOVIE AS IT BEGAN LIFE BELOW1969-71 Lincoln Mark III, modified by Barris Kustoms

DUEL--- plymouth something and a semi.Vehicles: 194? Peterbilt tractor and 1970's Plymouth Valiant. 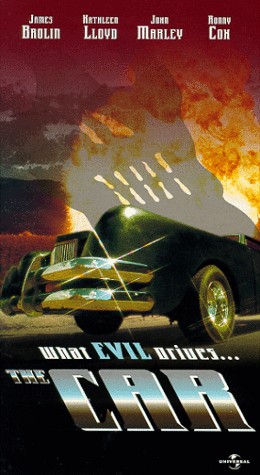 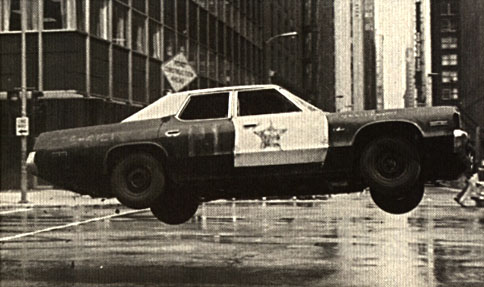 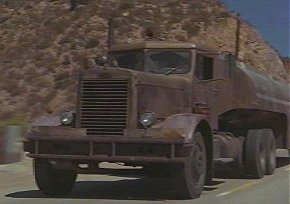 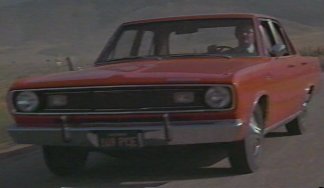 billy-ray wrote:dont be raggin on mad max that trilogy is great and the road warrior makes more sense if you see mad max. the interceptor is a 1972 Furd falcon xb with a 351 cleveland putting out 600 horses.
[img]

[/img]
this is the actual car from movie just restored 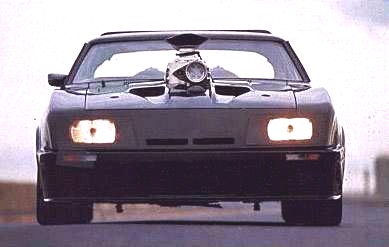 i like the pete from duel. that thing is evil looking

There's the French Connection! And Starsky and Hutch! If anyone's mentioned those before, oh well!

I just watched the original Gone In 60 Seconds.

I caught 73 chevelles,73 montes,73 grand prixs,alot of caddis at a dealership that they crashed to peices..

Just saw one on, on demand. Catch Me If You Can (1989)
In order to save her school from financial
ruin the Student President turns to a gear
head who suggests they bet the school
funds on his illegal drag races.
Starring Matt Lattanzi, Loryn Locklin
and M. Emmet Walsh.
Written and Driected by Stephen Sommers.
interesting plot, bad acting a couple decent cars including a G3 and a cherry 57 chevy.
but it was on demand and it was free...lol

Was that the one where the 57 was buried under football field or somthing????
Also saw grand torino over the weekend....not what i was expecting!!!

yes, the 57 was burried... good memory for such a bad movie...lol
Grand Torino.... only Eastwood could play that roll

BlackChevelleSS wrote:Hey the TLB 55 chevy was in American Graffiti as well. And it will be at TRP racing in our private event on june 28th.

So how about that car? Was it the Two Lane Blacktop car or the American Graffitti car?

Transformers 2 just came out, and I gotta say, I really liked the Concept Corvette.