Great info on the hydro-boost upgrade! I often wondered why this was becoming so popular. And I have to say the hydro-boost on my GMC Safari works great with little effort. It's a little different feel from the conventional vacuum booster brakes on my other vehicles, but when you step on the pedal, it does its job. If I ever upgrade to bigger/4 wheel discs, this will be on my list of things to do for sure. Thanks for sharing all the details and photos. You rock!

Excellent work -- looks better than a factory job! Do you find there's actually more room to work now with the factory booster gone?

thatfnthing.....I would have to say not really. The hydro boost set up is the same length as with the vacuum booster.

On that side of the car, the Vortech Supercharger set up takes up most of the real-estate in that area.

Picture below is before the Hydro-boost conversion and you can everything associated with the SC. The 180 degree piping on the rear of the SC to turn toward the front of the car to the intake..... takes so much room I had to clearance the plastic fender well to get it all in..... 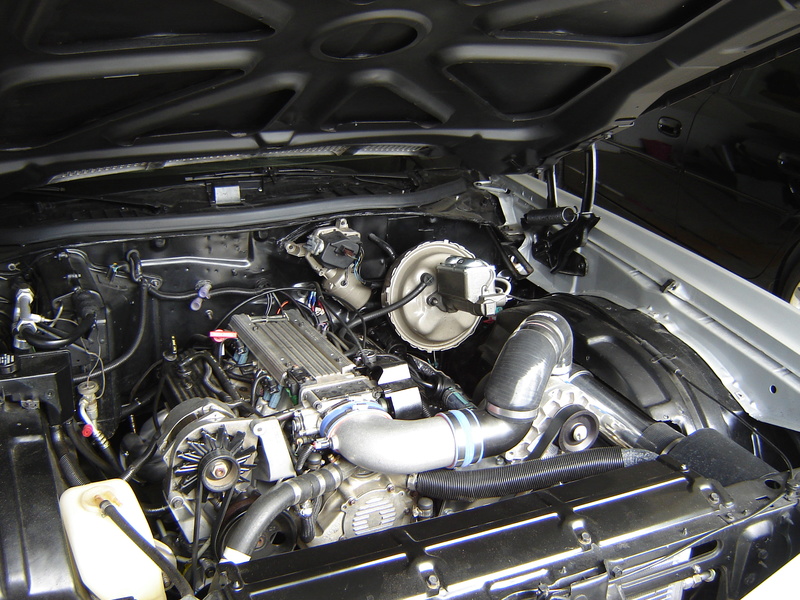 Long time since I have posted. But , made a big change to my set up. I know the LS is way overdone….but , here goes. We are not seeing a lot of “love” from the aftermarket for our 73-77 A-bodies, but it is seemingly “coming around”. Tons of information / parts out there for Camaro , Chevelle ( pre-73) , Novas, Mustangs though.

So back in winter of 2019 / 2020 , bored and wanting a project I got to watching a lot of You Tubes on LS engines & swapping. Hadn’t thought a lot about it as I was happy with my trustworthy supercharged 93 LT1. But, the tubers made it look easy and power gains were kind of on the “cheap”. So I started looking for a “donor” LS set-up. Not an real LS of course...but LS architecture. Found a 2004 Chevrolet Silverado 2WD with 6.0 / 4l80e. Everything checked out and all the vital signs were good. Drove the vehicle upwards of 200 miles with no hick-ups. Oil pressure on point at roughly 48-52 lbs.

Pulled the motor and trans and parted it out for what I had in it. Minus a couple hundred. Then rebuilt the motor re-ringing for boost and maybe future bigger boost “ improvements”. The usual upgrades: Cam , valvetrain , gaskets ,Stall converter, Stage II HD trans-go kit for the transmission. No machine work. 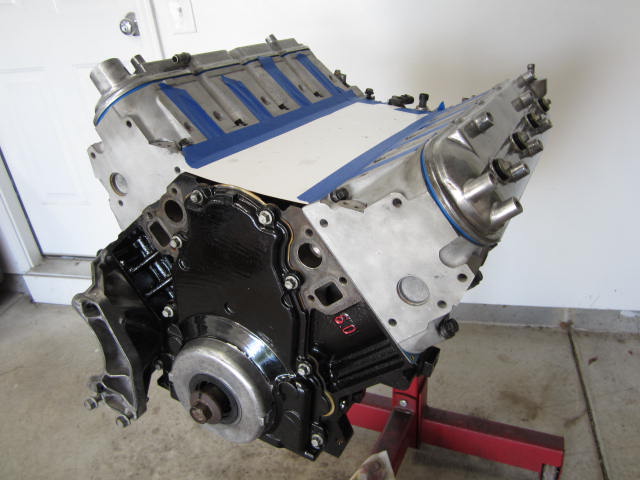 First ,  let me make a statement . What I had to make it fit for me and my set may not be absolutely what you have to do for yours. For me , trial and error for my needs.

I had to do some altercations to get it in the car. Namely to the crossmember. I used the Dirty Dingo motor mounts as on their web-page it was implied that the motor would fit if the upper passenger side motor mount was butted up against the back of the A/C bracket. I assumed that would allow me to keep my A/C on the bottom lower of the engine with no mods. Not the case for me.  Also , my Super Charger is going to reside on the upper passenger side of the motor which would not allow me to use aftermarket A/C brackets for that upper side of the motor as in most retro fits. ( As you know , there is a whole industry now for expensive brackets for that too.) Someone just keeping the air in the original location could use most of my set up and skip the $400.00 A/C brackets!

In the picture below notice the holes outlined in RED. These are the holes I had to drill created from a mirror image of the drivers side. 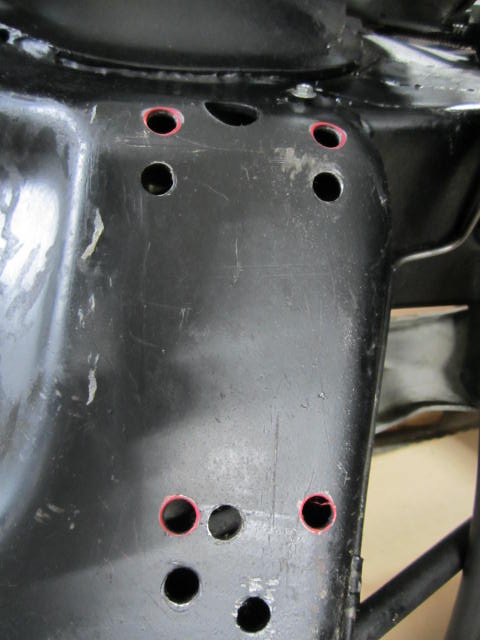 To keep my A/C unit on the bottom passenger side I made spacers from 3/8” aluminum to go under the motor mounts. 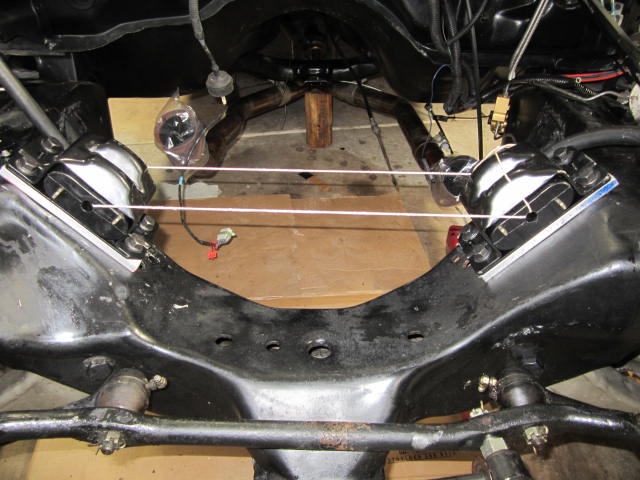 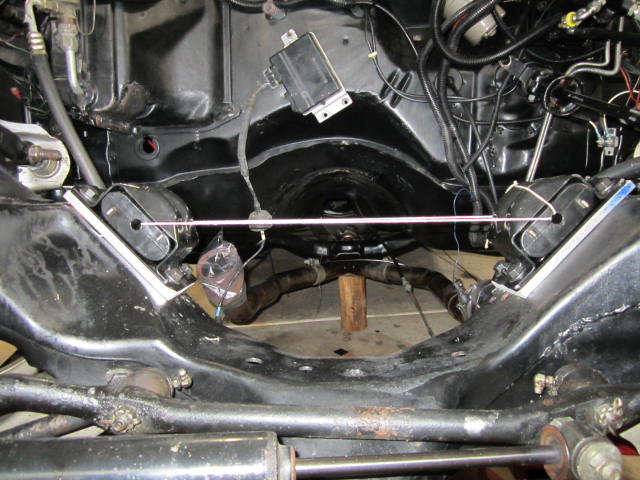 The Dirty Dingo mounts do have 2.5” of “slide”. But I wanted the motor as far back in the car as possible and closest to stock mounting position as possible. This created a problem with my A/C compressor. The A/C bracket was not the problem. It cleared with plenty to spare. The A/C unit did interfere with the frame though. I trimmed a “lug” off the A/C compressor and done some clearance work to the side of the A/C housing. I most likely have an 1/8” clear on the bottom and side now. 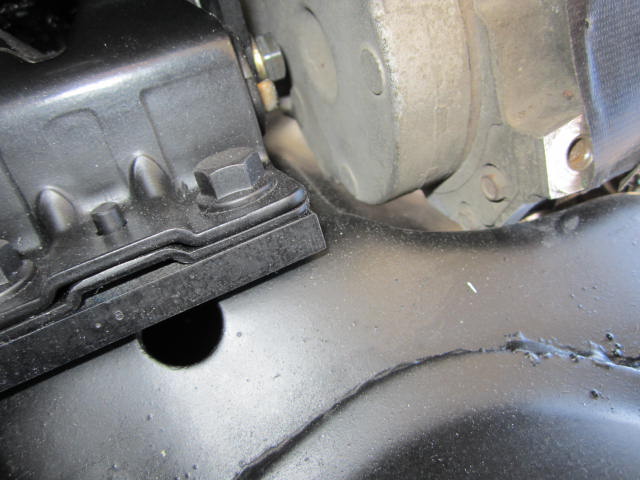 About the transmission. No modifications to the trans tunnel of any sort for my install.

Now onto the trans crossmember. I opted for the G-Force unit specifically for the 4L80e in our cars and an adjustable trans mount with 2.5” of slide as well. This is a beefy unit! But, It does not “just” fit. The crossmember uses the holes in the frame set up for a 400 Turbo. The rear most set. I had to take a grinder to the top of the exhaust cut-outs as they interfered with the bottom of the floor plan. It would not set flush in the frame without doing so. I have some pictures here of the trans in. I don’t know if there is enough pictorial detail here to get the “lay” of  things. But here goes. (  As a side note , this “beefier” trans mount had created a lot of problems with the architecture with my E-BRAKE cables for my aftermarket rear disc set-up. It is overcome now , but , what a PITA! ) At the moment ,it seems I have 3.5-4" inches of clearance between the trans fittings and the trans tunnel. 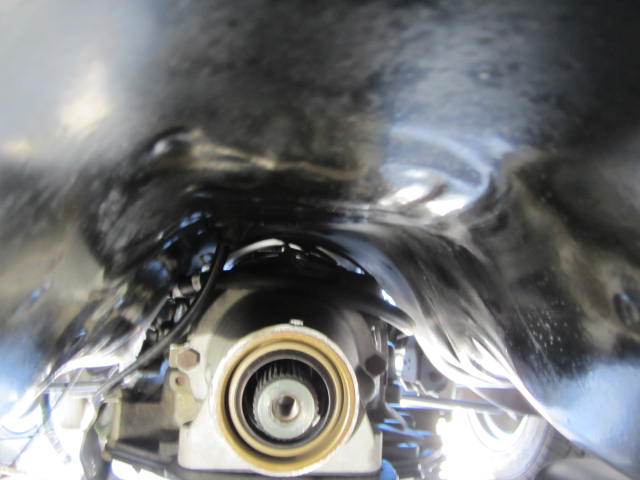 In the chassis. The oil pan I used was the TSP 81075. Dirty Dingo suggested using the Holley 302-3. I only found this out after I called them and noted the interpretation that I could keep the A/C on the bottom of the motor. They did see my point. Dont know if they changed anything on their page though. I haven't looked. And I stayed with the TSP oil pan! 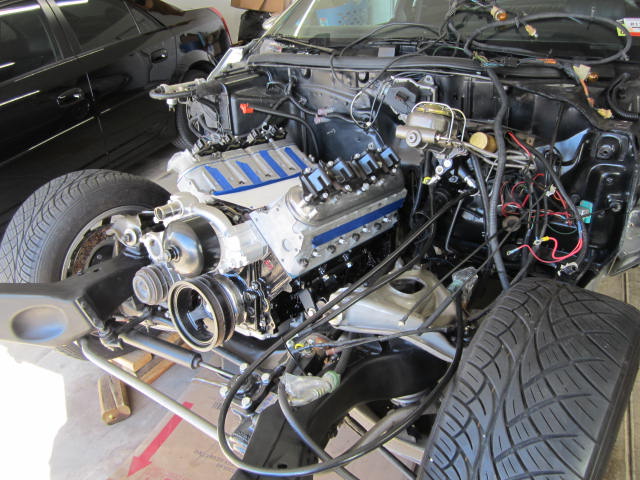 Wow, great update! You've been very busy on the Monte. Looking forward to seeing more pics and info on your build!

Hey. Looking great. You also need a different radiator, if you didn’t mention that already. Have you looked at these guys, link below? They have some good stuff for GM A Bodies. I was working with them when I was going to put my LS7 into my Laguna.

Yesterday at 12:25 pm by impalamonte

Yesterday at 12:04 pm by Greenmachine

Yesterday at 9:34 am by impalamonte