Is there a trick to removing the 2 wire plug from the alternator? It's a stock 73 Chevelle ss with 350. I'dlike to get the alternator bench tested since I'm reading 15.2 volts at slow idle. Just trying to remove alternator to take to shop. I am pushing the plastic locking tab towards the connector body, it just seems that it is still strongly connected. In my younger years the connector would be broken at this point due to my ignorance and prying with screwdrivers! But since this car seems so original with wiring in good shape. I don't want to break anything. Any tricks for getting this plug removed? I even squirted some WD40 down the 2 openings near the wires but feels like it's interlocked, not corroded together.

I've used needle nosed pliers, vertically, to squeeze the tab onto the connector. If the connector cracks, which it probably will due to age and heat, a replacement connector is readily available. And you can usually just switch the wires into the new plastic plug.

Thank you, I did get it off with needle nose vice grips, thankfully in one piece. Looks like there was some light rust near the bottom.

I dont recall that bolt being fine pitch. As long as she's moving, thats half the battle. Ease it out of there and see whats going on.

Bolt into the head is supposed to be a 3/8-16 coarse thread bolt. Now with the age of this stuff, is it possible a fine thread helicoil was installed, maybe.

Tomorrow I'll use some heat to persuade that bolt out. 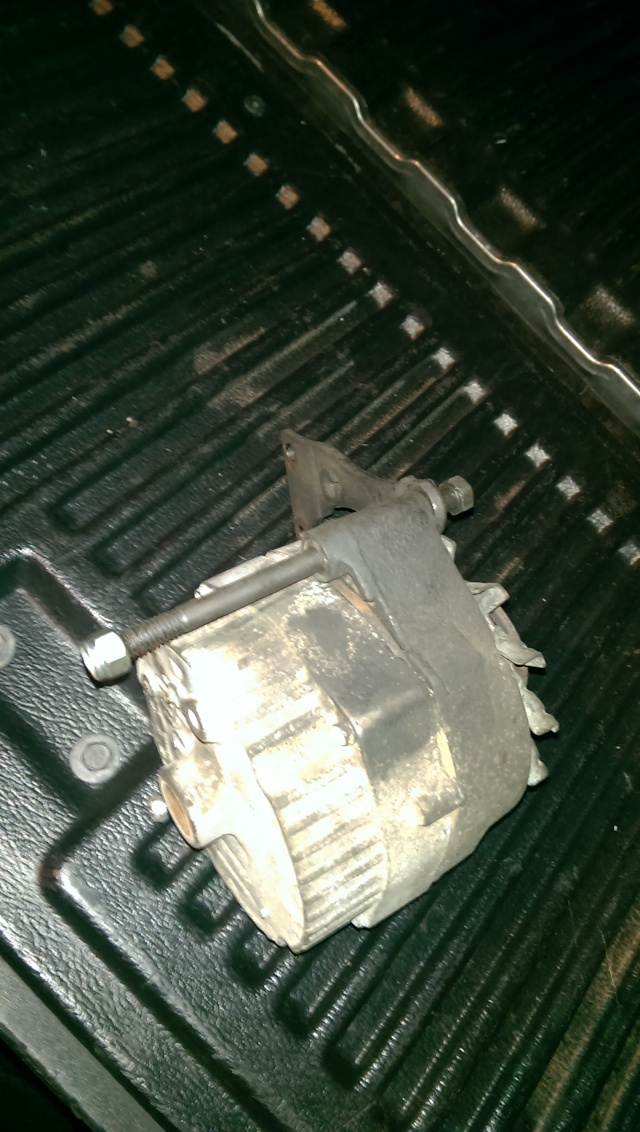 Well I put the bolt head in a vice along 2 flats and was able to walk the alternator off the bolt, no heat required. The alternator tested bad so I bought a new one but kept the original for the restoration to get rebuilt eventually.