I had been going pretty gung-ho on getting the frame buttoned up on my 74. New suspension/bushings, re-built rear end (thanks in large part to the help here), new brakes, new brake/fuel lines... and then I had to stop working on it for a bit. My fiance was in a bad car accident back in early June and I had to drop everything. She's recovering and is doing much better now, but still requires a lot of attention. I am starting to slowly make my way back into the garage, but having stopped working on the car so quickly, I managed to forget where I left off, what all I had purchased, and what needed to still be done.

After working my way through the frame and checking everything for completion, I found myself installing the front brake hoses. However, they do not seem to fit. Unfortunately, I cannot find any better options. I bought the 14 inch Dorman stock rubber hoses (part number H79995) and have stock replacement calipers. When I say they don't fit, I mean they appear to be too short. Granted I do not have the engine in, yet, and the body is still off the frame, but I would imagine these hoses would still fit without the weight of the engine & body pushing the frame closer to the ground, (I imagine you wouldn't need to disconnect the front brake hoses for a rolling chassis).

The brake hoses will reach the calipers, but they will not reach the carved-out channel on the back of the calipers that they are supposed to sit in. Without being in these channels, the hoses will not bolt up (they won't sit flush to the caliper/can't even get the banjo bolt threaded in). Picture below: 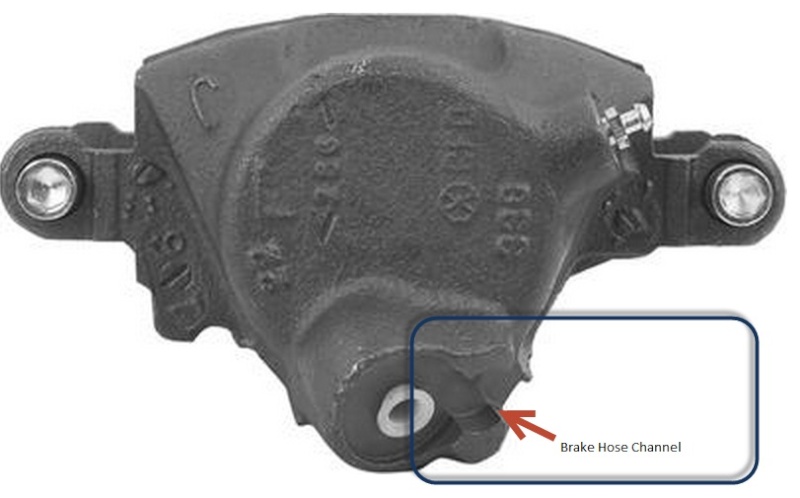 Unfortunately, when I paid the jerk to do the body work on my car (which never got done) he thought it necessary to also play mechanic and, for whatever reason, threw away all of my old hoses and lines (as well as a few hard to find items), so I don't have anything to compare to. In addition this is also not the stock frame to the car. I do know it's a Gen3 GM frame, but I'm fuzzy on the details, so it's entirely possible that the brackets that the hoses lock into are in a different position, (if different G3GM frames moved these around).

You don't know exactly what the frame was out of? You could have more headaches later as the frames aren't identical.

Yeah, this entire car has been a headache every step of the way.. with the surprise buick rear end that was under the chevy (which I've come to understand may not be all that rare). However, most everything thus far is actually lining up on this frame nicely. The body has been on this frame and bolted up fine, all the body panels lined up perfectly. Anything else and I'll deal with it as it comes along, I guess. I knew the original frame had been repaired long before I owned it. it was in a collision and the right frame fork was cut out and another welded on. However, it wasn't properly measured and the fork was .75" shorter than it should have been. When I sent the car away for the body work, I was told the frame would need to be replaced. The guy found a car, said it was the same year make and model, but I was never able to confirm. By the time I made it down to retrieve my car, the other body was long gone, even though I asked him to keep it around. No information on it remained. I have 1 very grainy cell picture of the car in the middle of a field. Knowing what I know about the differences between the years, it does look like a 74 Chevelle/Malibu, but I can't be certain. I can only see rear/side view, but it has the triangular opera windows and rectangular tail lights. So, no, I don't know exactly what the frame is from, and any attempts to figure out the number stamped on it have come back null. I posted an image to see if anyone might be able to identify the car. 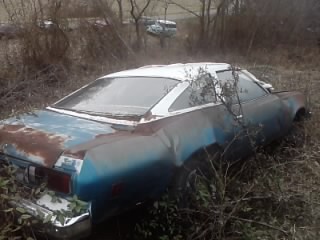 I just bought brake and fuel lines from Right Stuff Detailing.  It fits ok, and is better than hardware from Autozone.
But that being said, Autozone hasn't been that bad if you don't buy the cheapest selection available.

You can get right stuff hardware from Summit Racing.

That Malibu sitting in the field does have '75 tail lights.

Thanks guys. I noticed after I posted that picture that the trunk deck wasn't narrowed at the bottom, so it couldn't have been a 73-74. I didn't know they still had the triangular opera windows in 75, but that makes more sense than anything. Mcarlo, I will check out that 15.25" hose. Thanks!

Silentknight85 wrote:Thanks guys. I noticed after I posted that picture that the trunk deck wasn't narrowed at the bottom, so it couldn't have been a 73-74. I didn't know they still had the triangular opera windows in 75, but that makes more sense than anything. Mcarlo, I will check out that 15.25" hose. Thanks!

I just Ran into this issue last night !

Hoses from are from Right Stuff and were too short just like the Dorman. I ordered the #BH36773 last night and they will be here on Friday. Our '75 S3 is running with a new 454 and complete drivetrain front to back. only thing left to do is bleed the brakes and then turned the wheel lock to lock to see how short the hoses were....ugh !

If you want to wait a few days I can let you know how the longer hoses work out. latest would be Sunday when they are put on. Back injury keeps me limited to when my 19 yr. old son can do the bending and reaching, after all it is his car anyway.

A very long overdue update, in case anyone else ever has the same issue: The 15.25" hoses for '75s did work. There is a difference in the brake hose bracket location between the '74s and '75s, so a longer hose is required for the '75s. Frame swapping a 75 frame into a 74 does have it's issues. I have mostly assembled everything onto the frame (drive train, lines, hoses, suspension, etc..), so I don't think I have to worry about much else. The only thing I'm struggling with right now is the E-brake cables, but that may be unrelated.