Just thought I'd share.  I had 3 out of the 6 self tapping nuts, that hold the headlight extension to the fender, "strip" or kind of.  They just werent holding well.  So I decided to do something about it.

Then I used a hacksaw to cut off each stud (only where the self tapping nut bites in) on the back of both headlight extensions.  Then I took a 13/64" drill bit and drilled a hole where the stud was located and went in about 3/4" inch.  Plenty of meat on the part below where the stud was.  With the stud cut off it kind of looks like a tower.  After drilling the hole to about 3/4" I proceeded to tap the hole with 1/4"-20 threads.  Use some oil for lubrication during tapping.

After all 6 holes were tapped, I cleaned out the holes with some brake cleaner and blew them dry with the compressor.  Mixed up some JB Weld epoxy and put some in each hole.  Then I threaded in the studs I made.  Let dry overnight.

Installed the extension the next morning with a small washer and a nut that has a star washer built into it.  I also thought of using a nylon stop nut but found that wasnt needed.

Just a tip I thought I'd throw out there in case someone runs into the same problem. 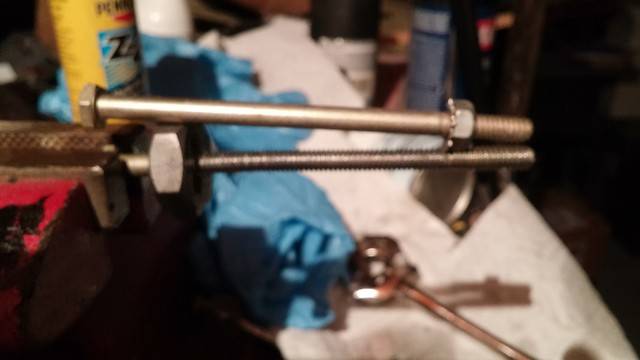 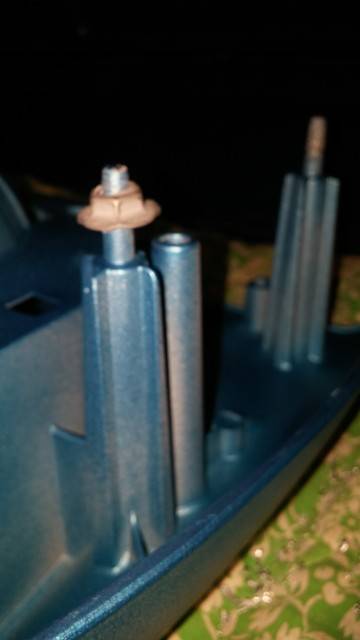 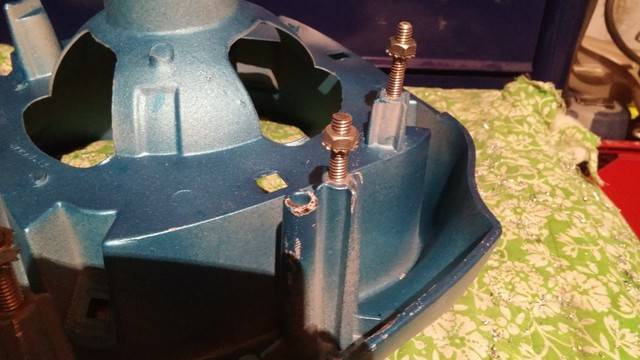 Thanks Limey. I thought it was a.good idea.