That was a beautiful car, Kyle...that had to suck BIG TIME! Don't know the story...was it ever recovered? Where was it when it was stolen?

Had a '64 Galaxie stolen from out front of my fiance's house one New Year's Eve. It's a weird feeling waking up next morning...half hung over...and not seeing your car parked where you thought you left it. Took several trips up and down the street to get my mind around the fact that it was, indeed, stolen. Mine was found a few days later in a not-so-nice neighborhood...ignition punched, battery and stereo missing...scratches across the hood. Otherwise, not too bad.

Stolen out of my driveway, never recovered.

Well...at least you were able to upgrade to a Monte!! Ha!

Kyle, for some reason I couldn't resist chopping your Malibu when I saw this pic. Hope you don't mind. 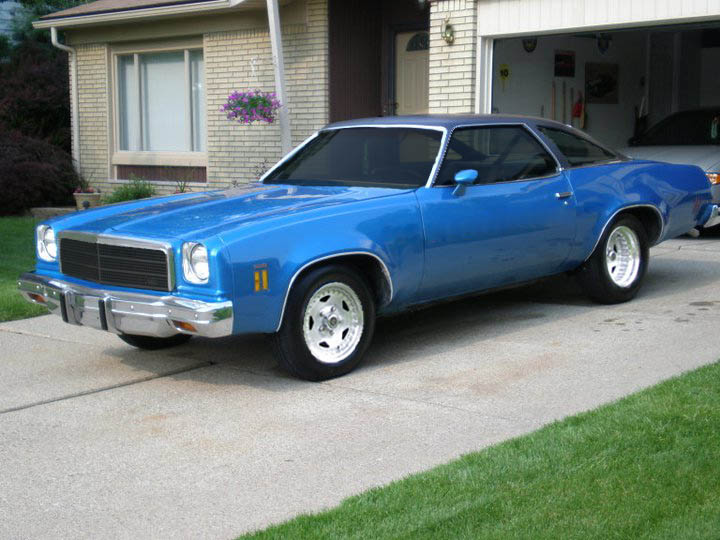 Don't mind at all! I like it! I have a side shot too if ya wanna do something with that!

Funny, I wanted a Monte before I got the Chevelle...but could never find one. Taadaa...

I'm sorry to hear about that Kyle. What a sinking feeling to discover it's gone.

Thats a shame, and even worse because it was never found. But even then, what are the chances you'd want it back? I guess it depends on how bad it was "violated". I agree, the Monte is an upgrade, although I myself would love a nice 73 Chevelle with the large quarter windows like your 74. I Just like the 73 tail lights better.

A friend of mine had his 75 Chevelle stolen back in about 1985. He cried for weeks! He had put so much work into it, and it was taken from the secured lot at the Milwaukee County Bus Depot where he was an employee. Turns out the guard was in on it. Anyway, a psychic friend of his sister's told him they would find it, and a month later, they did. Some kids stole it and stored it in their aunts' garage while she was on vacation. She came home early and found the car and called the cops. The truck lock was popped and all 4 tires were gone, but other than that, the car was fine. We owed him some money for the tires he had sold us, so we put my car on stands and gave him the tires back so he could go pick up his car.

Kyle, for some reason I couldn't resist chopping your Malibu when I saw this pic. Hope you don't mind.

Can you photoshop the original picture to silver paint with the black vinyl roof and no window tint? It would look exactly like my first car, from the front. That would be cool to see! 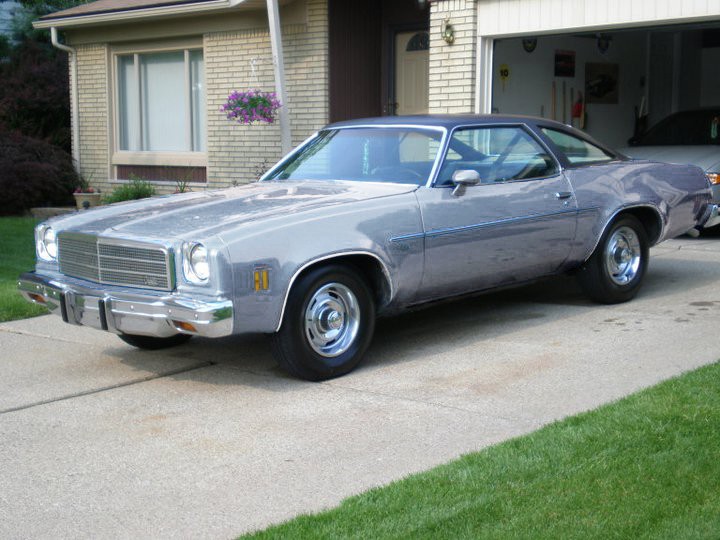 This one is close, maybe a bit less shine and a bit of rust, but pretty much first car.

I'm still hurting 17 years almost to the day after my first Monte was stolen from my driveway, a 1973 S with the skyroof and swivel buckets. You never get over it.

This is exactly why, in the 16 yrs I've owned my Monte, it has never spent a night outside the garage. Rarely leave it in the driveway during the day, either. They're just irreplaceable IMO.

back in 86 i lost my 75 monte.found it 2 days later. in 92 i lost my 81 monte.found the same day. in 95 i lost my 87 cutlass never to be found, and a 87 cougar XR7 with every option,(found that one burned to the ground).
Nobody will ever get another car from me,unless there is money involved.

My neighbor had that in black with the other Mustang wheels (GT wheels) .
You never see these any more I really like them too. A friend of mine had it as well all white with a ground effects kit and blue interior.

» Question for the MODERATOR