Auto Metal Direct is a major supplier of OE quality replacement panels for Chevelles, Camaros, Mopars etc. I recently contacted them and inquired about the possibility of making in particular, door skins for 73-77 Chevelles, I got the response I was thinking I would get.....,

Thanks for the email. Currently, we have no plans to produce any metal for the 73-77 A-Body. Honestly, there’s very little demand for these parts and as a result we can’t invest the money in developing the tooling.

I’m sorry we can’t help. Thanks for checking.

I've heard and read a lot of great things about your company, followed many articles in Super Chevy magazine about the buildup of the 67 Chevelle. I represent part of a large following of 73-77 A body purists. I own an original 1976 Laguna. You're probably aware of how difficult it is finding sheet metal for our cars especially full door skins for the 73-77 Chevelles. What's the likelihood of your company developing these replacement panels?
Hope to hear back from you about this inquiry,

As someone who builds tooling, I find AMD's answer disappointing. AMD makes almost every conceivable body panel for a 68-70 Dodge Charger, only a three year body style run, that had nowhere near the production numbers of 73-77 Chevelles and El Caminos which ran for five years. I also find it hard to believe there is more demand for 68-70 Charger roof panels, which AMD makes, compared to 73-77 Chevelle/El Camino door skins. Maybe I am wrong, but I would think that they could sell just as many or more. Also the tool for the Charger roof panel would be huge in size and is a more complicated shape, making it more expensive when compared to the much smaller tool and the simple shape of the 73-77 door skin which has no complex bodylines, from a tooling stand point.
I think the reason that AMD is not interested in making sheet metal for these cars has to do more with how much they can charge the potential customer, rather than actual demand. Because there seems to be a lot of people out there that are willing take certain "Icon" cars like: 69 Camaro, 70-72 Chevelle, 68-70 Charger, 70 Cuda/Challenger and so on, pulling their rusted hulks, that look like swiss cheese, out of the grave only to reconstruct them like some Frankenstein, and spend obscene amounts of money doing it, because the popular opinion is that those cars are the only ones worth restoring. I think, from a strictly business standpoint, AMD looks at the 73-77 Chevelle and thinks, there are not enough people willing to spend obscene amounts of money  fixing them, like those "Icon" cars, so why cater to them at all. Thats just my opinion though.

Well said, I agree with what you say. It's frustrating knowing that door skins are available for 70-81 Camaros, there isn't a significant difference between that style panel and ours. They are inexpensive as well, on average $120 for a Camaro or for a 70-72 Chevelle. I think there would be more of a demand than they realize.

Does anyone sell a door skin for these cars? Even a Taiwan cheapie? I have not looked in a long time.

I did up some firebirds and would way way rather redo a G3 a body with a real frame then having to deal with another rusty leaf spring in thin rusty frame rail firebird. Someday the G3 a body's will get the respect they deserve. 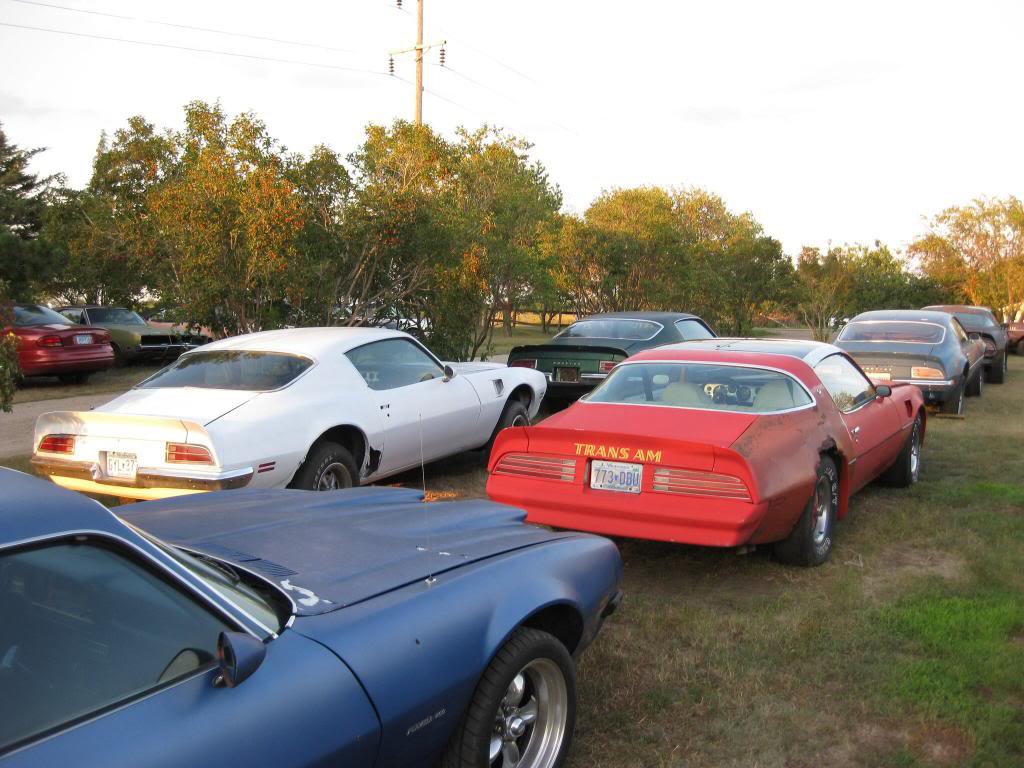 [quote= AMD looks at the 73-77 Chevelle and thinks, there are not enough people willing to spend obscene amounts of money  fixing them, like those "Icon" cars, so why cater to them at all. Thats just my opinion though.[/quote]

Well I can send them the parts spread sheet I have $$$ in my car if they are wondering what people will spend on these year cars. I'm so obscene is offensive to me even.

Never heard of them, but they have the bottom peice for the door skin.
http://www.noramstore.com/Chevelle_Malibu_El_Camino_73_77_Lower_Door_Skin_p/0704220u.htm

Some nice Trans am projects there. There seems there used to be more sheet metal parts when our cars were newer say 15 -20 years ago because because they were prone to rust and many were still in regular use. There was a company in MI that had alot of patch panels and stuff for lots of different cars. I cant remember the name of the co. but I think it still exists.

I forgot about them. I think they are even on my parts supplier list.

driveit wrote:Here is the link to the parts suppliers that deal with custom parts or parts that will work for our cars.  If anyone has anything to add please let me know.
https://docs.google.com/document/d/1ij5eGvA989alHY6fW_vHTBuN1-3jR7r3-HorAJwDVE4/edit?usp=sharing