American cars in the 70's

American cars in the 70's

Well...here we are loving those cars Iacocca called "crap"...flaws & all...burned out or drunk @$$ assembly line workers & corporate mismanagement...I'll still take my G3 Chevy over the Japanese cars of the day.

Yeah,I hear ya. Take a look at how many 77 Honda's are out there. Iacocca is the guy that gave us the K car, lots of those still around too.

He was a cool dude when it came to getting Chrysler going etc, but the K car was a real piece of $hit. We had a company car that was a K car, so it's not just my opinion about them. That engine ate camshafts also, after about 40 K miles. Consumer Reports gave them a good write up, when they were new, but that was before any mileage on them.
Calling our cars crap tells me that they were just trying hard to sell their junk.

Kind of a prophetic video, that second one, especially since it was produced by Pontiac.  Just a few years later they (along with Buick and Oldsmobile) were swallowed up into the "corporate" generic GM business model.  The final scene...unceremoniously  discarded by the brass when things got tough.  *sigh*

I remember our neighbor trading in her mint 70 Monte Carlo for a K car,awful.

ant7377 wrote:I remember our neighbor trading in her mint 70 Monte Carlo for a K car,awful.

Thanks Nadar we now have safe cars at $40,000.000.
Millions of Americans out of work and a stale economy...
Thank God for safety!

Sinister wrote:Thanks Nadar  we now have safe cars at $40,000.000.
Millions of Americans out of work and a stale economy...
Thank God for safety!

Sinister wrote:Thanks Nadar  we now have safe cars at $40,000.000.
Millions of Americans out of work and a stale economy...
Thank God for safety!

And you forgot, the average person can't fix their car anymore....if it dosent start call a tow truck, its more than likely not a mechanical problem you can see to fix.

Not only that but if you do happen to know what the problem is & can fix it you have to move 10 things out of the way in order to get to it.

magic marouke wrote:What do you mean by a K car ? 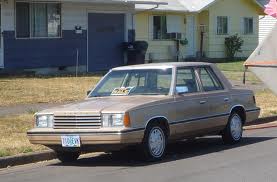 Or, if you really make the neighbors jealous: 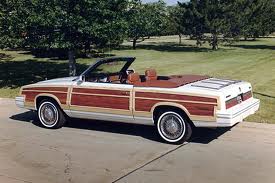 magic marouke wrote:What do you mean by a K car ?

Or, if you really make the neighbors jealous:

I was not about to deny anyone who had not seen one the joy of the K car in all its glory.  If he hadn't gotten to suffer through them in real life, he can at least sympathize with those of us who had.

Although I think I just got banned from Google image search.

I also like how Chrysler chose to put some of its most memorable model names on them...Charger & Daytona.  It always makes me laugh when someone says the new chargers aren't "real" chargers, they choose to forget those turds existed. 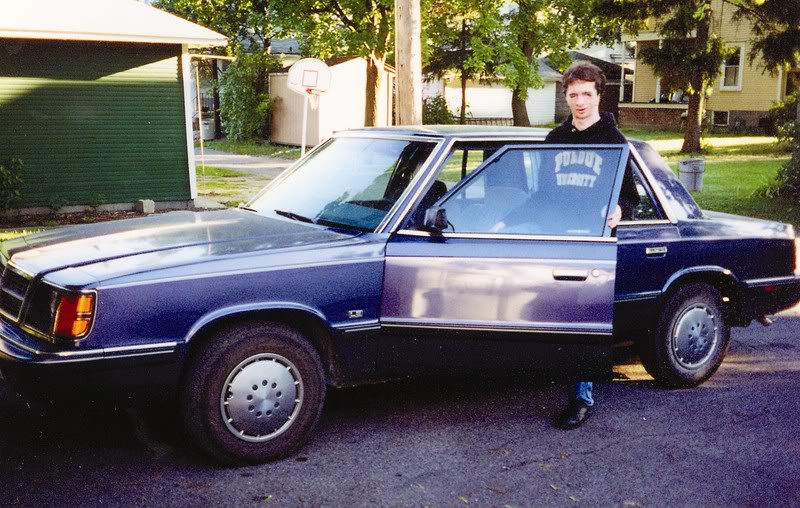 That pic of the one with the wood on it reminded me of my girlfriend in HS Lebaron wagon with that wallpaper all over it. Awful.

OK have to stop ya there Sam Dodge Daytona Turbo 2.2 with a grab and go stick was a formidable Car on the track with very few mods, My buddies 2.2 turbo went best at 10.56

and autocross very serious competator if set up correctly