Reminders when cars were cars

Reminders when cars were cars

and plastic wasn't even in boobies... 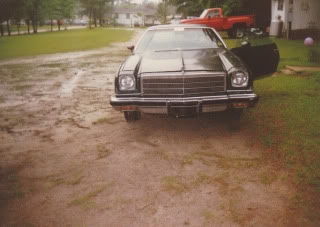 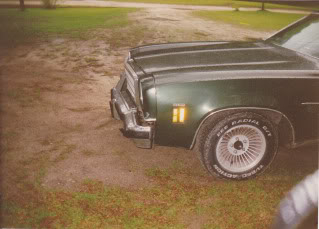 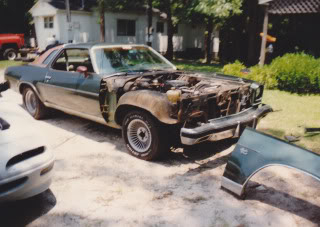 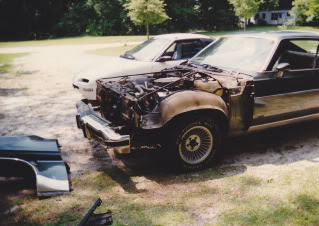 Not that I wanna bring up any bad memories of accidents for anyone but....I was 22 at the time in a hurry to get nowhere on an interstate between Jacksonville and Raleigh, NC going 75 in a rainstorm. Lost control, started drifting to the left, locked up the brakes, slid across the left 2 lanes of traffic in the middle of a slowwwwwww 360 turn around and stopped when I hit the guardrail in the median.

My buddy and I both stepped out and realized there was more damage in our underwear than to my 74....Never got any after pics, found a 75 in a back yard and bought the whole front clip for 150. it was tan, called it the lemon/lime mobile the rest of the time I owned it...lol


Funny thing is , you have to look close to see the damage, completely drivable just crinkled the left side of the bumper, fender and headlight bucket....Sure do miss that one.

When men were men (& acted as such)...I remember rear ending a trans am (late 80's model) with my 77 Cutlass back in the day maybe going 15 mph?
I wasn't paying attention

& I didn't hit the brakes till it was too late...I had a scratch or two on my bumper guard plastics but they left their impression in the poor guy's rear bumper about an inch deep.

I used to buy a winter beater every fall, and part it out in the spring. I found a '72 Buick GS State 1 455 for $800, and let's just say it was pretty rusty. Anyway one snowy day, a lady rear ends me at a stoplight. It was a big hit, but when I got out it didn't even break a taillight. I was in a rush to get back to work, and it was clearly her mistake, so I gave her my number, and was off. For the next two months, her insurance agent stalked me to present my car so he could complete the claim, because there was no way I drove away without damage after nearly totaling an S-10. I do remember that s-10 had the radiator wrapped around the front of the engine. It was a big hit. But I ran the GS until spring without issue, parted it out and went on to the next one.

Day after xmas in 83, i was returning home from doing some schoolwork at the local library in my 73 Buick Electra I affectionately called "The Battleship". We had a nasty ice storm on xmas that year and the roads were really bad.

I was driving down a residential street doing 25 and knew that I had a stop sign coming up so started to "attempt" to slow down way in advance. Coasted down to about 20 when I applied the brakes. That was when the fun began. I still swear to this day that when the brakes locked up the car actually gained speed! Slid half a block pumping the crap out of the brakes, even slammed it into reverse to escape the inevitable, I slammed into a Furd LTD head-on causing his frame to buckle in the center causing the section between the fron/rear tires to actually hit the ground. Only damage to the battleship was some scratched chrome on the bumper.

Well I called dad and the local PD, the cop had called in a city salt truck to salt the roadway. While sitting in the back of the patrol car waiting for him to write me my ticket I heard him exclaim "Oh

" I turned and looked out the rear window and saw the salt truck arriving on the scene, sliding sideways towards us.

Luckily he managed not to kill us all and slammed into a curb instead.

And the best part was that I didn't get that ticket after all!

In addition, I think I'm going to start painting kill flags on the side of my Suburban like the WW2 fighter pilots used to do, This winter I have had 7 folks kamikaze themselves into the rear hitch of my Suburban. Only damage on the truck was some scratches on the bumper and 1 bent hitch, but so far the kill count is 2 Furd focus', 2 dodge chargers, 1 Neon, and two toyotas.

Guess that qualifies me as an Ace!

Here is a Malibu related one! Back in 79 I had a 75 Classic also with the side pipes. (guess some things never change) Was driving down a side street in Chicago and the street caved in. There was a underground water leak that washed away the dirt. The rear of the car went down so far me and my pregnant sister had to climb out the windows. One crane and one tow truck later was back on the road with the only damage being both side pipes were bent at about a 30 degree angle. Still waiting for the city of Chicago to pay the claim.

Similar topics
» Fed up of speeding cars in your area?
» Premier jour d'école :)
» Road Trip to Birmingham ACS
» My tricks: How to colorize and polish wood
» TYREPAL INTRODUCES TYRE PRESSURE MONITORING FOR CARAVANS AND MOTORHOMESnice toy for the gadget lads

» bought another set of wheels