I know this topic is somewhat off the beaten path, but bear with me.

I have a '76 GMC Sprint Classic with the seat belt light/buzzer that are supposed to stay on for 4-8 seconds when the ignition is switched to "on". The light works as designed. The buzzer was NOT sounding until I grounded it properly during the 4-8 second window. The buzzer appears to get its ground from a black wire run to the driver's side seat rear mount to the floor pan. This connection is corroded and was not grounding, so I had to bypass it to test the buzzer. I also cannot seem to release the ground connector for the seat mount base (so I had to cut the wire for seat removal from the car)

From what I read in the owner's manual, the buzzer is supposed to go off when the driver buckles up, or just goes off when the light times out. However, I can find no wire running to the belt buckle on my car or the '76 Malibu Classic I looked at in a junkyard. Does the ground connection somehow interface with the lower driver's belt reel? If so, how does the reel open the ground to kill the buzzer during the 4-8 second window?

See pics.....and thanks in advance. 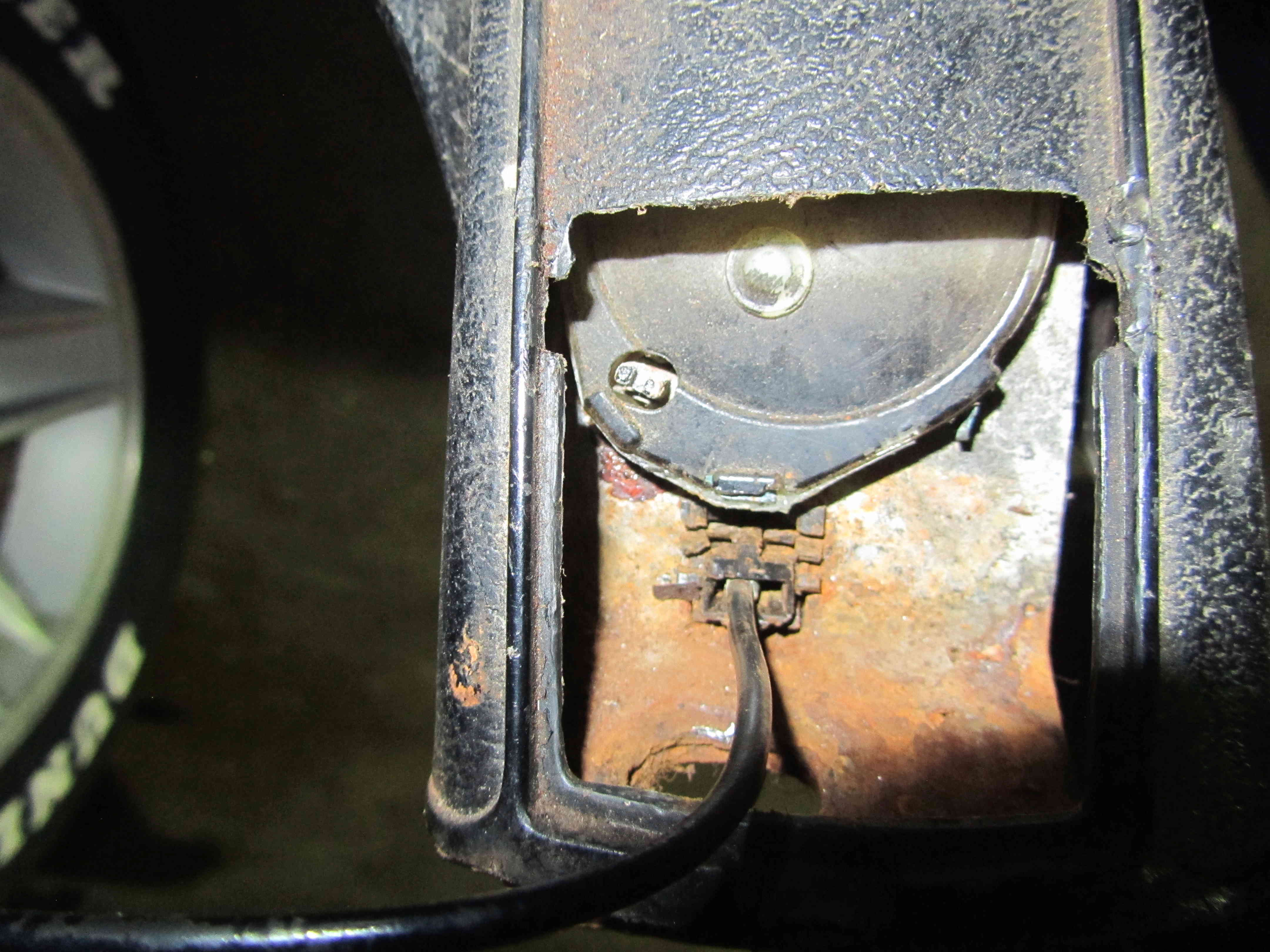 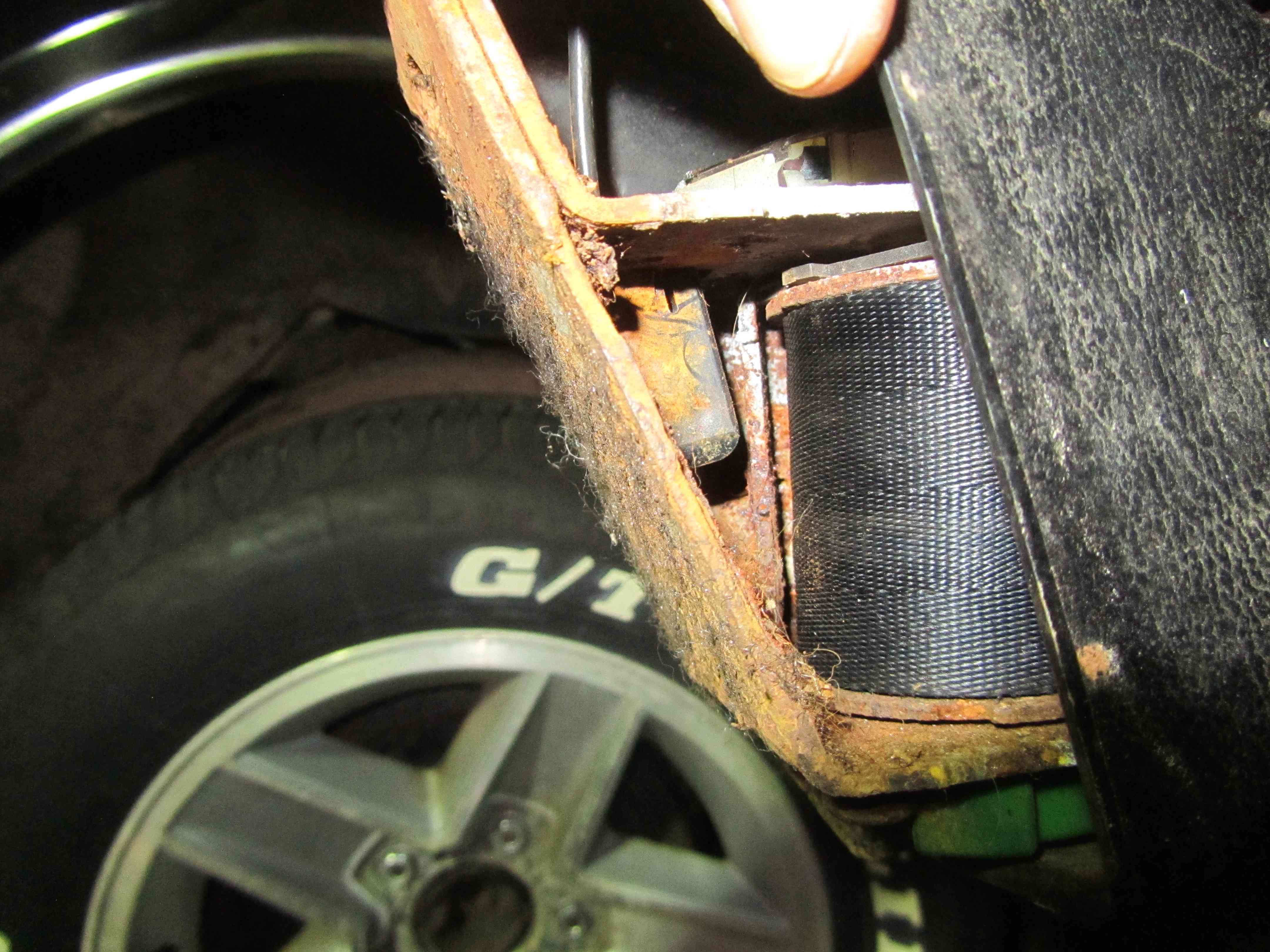 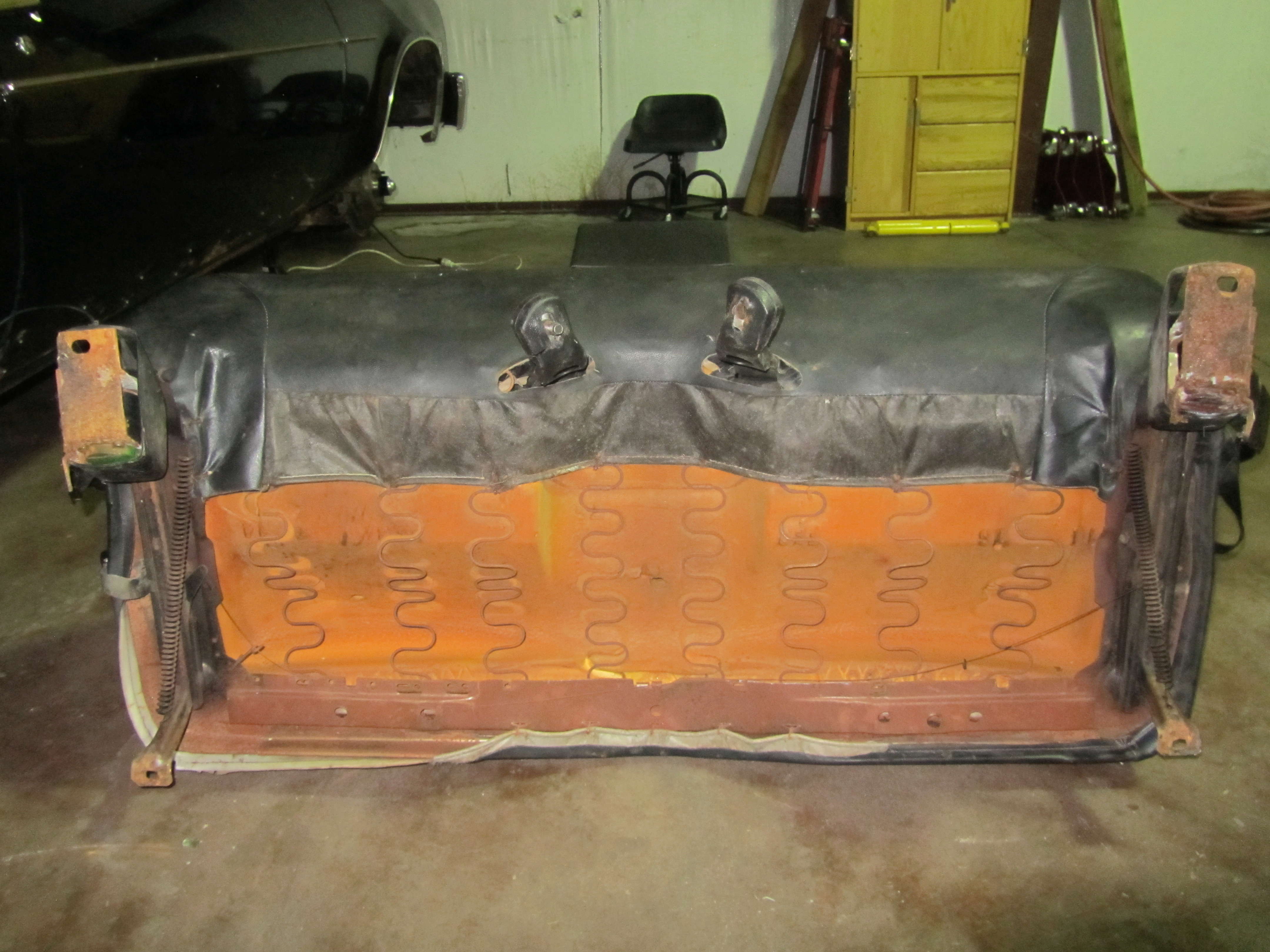 There is a metal strip inside that end cap that is used to form the ground as the plastic gear with a cam lobe rotates around and pushes on the end of it when pulling out the belt.

I'm assuming that this can't come apart and be serviced......guess I'll just de-rust everything as best I can and see if it works.

I don’t guess you’ve snapped some pics of a seatbelt refurbish, have you? I’d love to do my drivers side but haven’t wanted to risk not getting it back together.

Here are some pics of a '73 swivel seat retractor teardown.  The "DO NOT REMOVE" cap needs to come off first.  It's held on by three tabs that snap down into the belt spool housing.  I use a utility knife to get between the lip of the cap and the housing and gently pry upwards at each of the three mtg tabs while simultaneously putting enough downward pressure with my other hand to keep the cap from flying off and/or spinning in your hand while doing so (you DON't want that cap flying off as the tensioned spring will come out of there like a striking cobra).  Then, once the cap if free at all three points, slowly let the cap rotate using your fingers to control it until all the spring tension is released (usually 5-6 rotations).  Use the thin blade of a knife to slip in between the loosened cap and housing to keep the spring inside the cap while lifting the center of the spring off it's retaining hub.  Also, pay attention to which direction it unwinds so you can rewind it later in the opposite direction.

Next, go to the other end and remove that cap.  You'll need to shave off the top of the melted plastic tip in the center of the cap that helps retain the cap.  What they did was insert the cap over an extended shaft on the small inner plastic gear and melted the end to add extra security from it not falling off.  The cap also snaps down on top of the plastic "cup" that houses the gears and metal grounding strip.  Again, use your thin-bladed utility knife to get between the "cup" and cap to pop it off.  Take note of the orientation of the raised cam on the large gear while the belt strap is rolled onto the spool.  At this point, you can lift the two gears out of the "cup".  The center shaft that retains the strap within the spool can now be removed.  It can only come out one way...and, that's towards the end that housed the tension spring.  You'll have to rap the end with the splines to drive it out.  With that said, the belt loop that it passes thru in the spool is sometimes seized to the shaft due to excessive rust/dirt/corrosion (I know...it sounds weird that cloth and metal can actually bond together from rust...but, it does) and it won't come out.  I've had that happen a couple of times.  If your retractor is very dirty and rusty, this might well be a problem for you.

As with any project, always move slowly and make note of the orientation of all parts to each other.  Always here to help if you have questions. 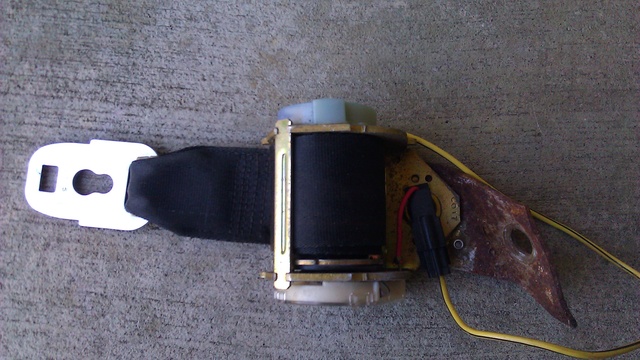 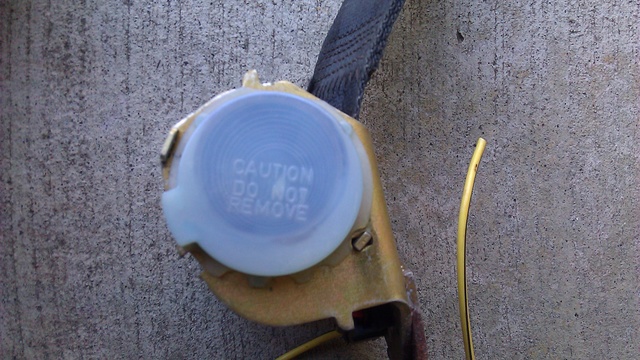 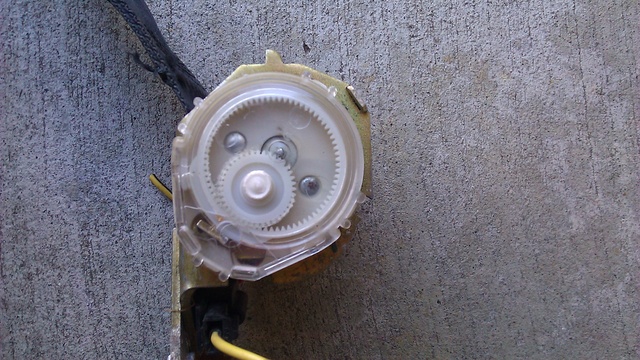 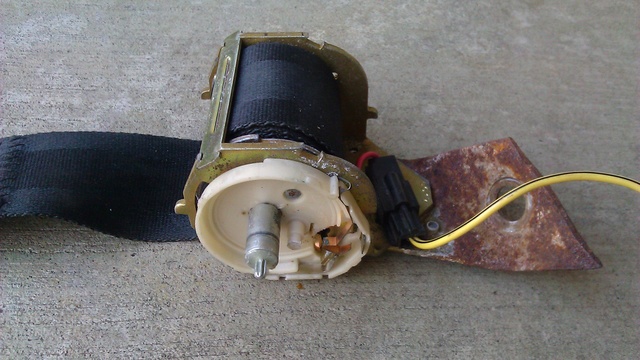 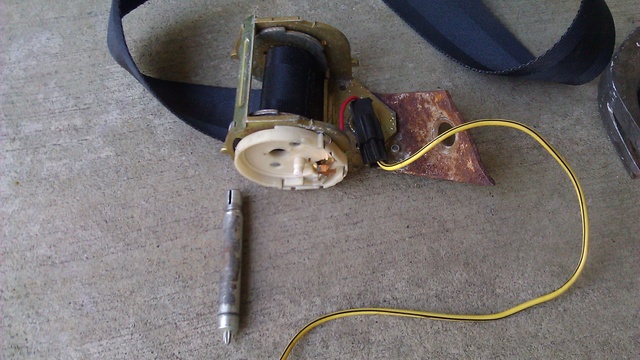 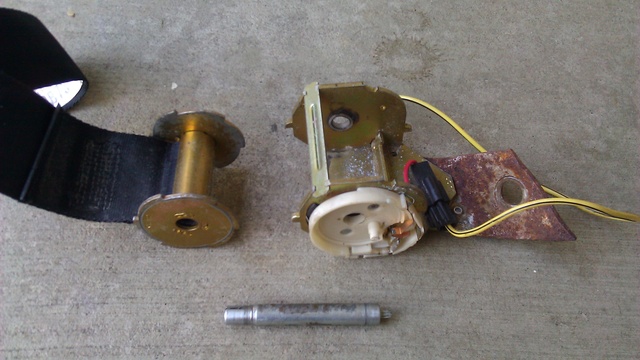 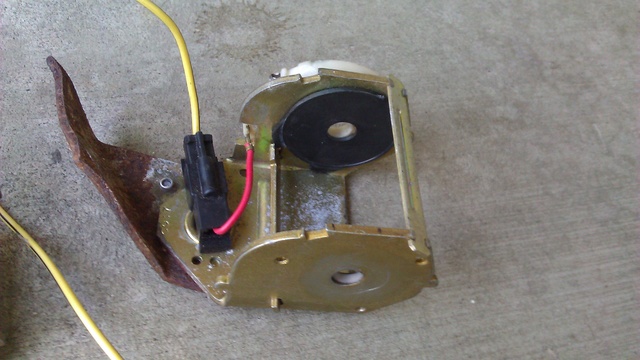 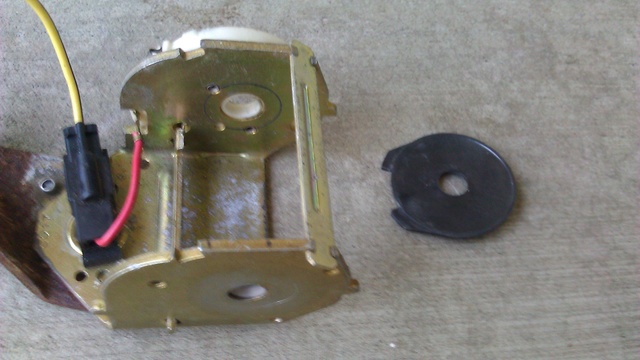 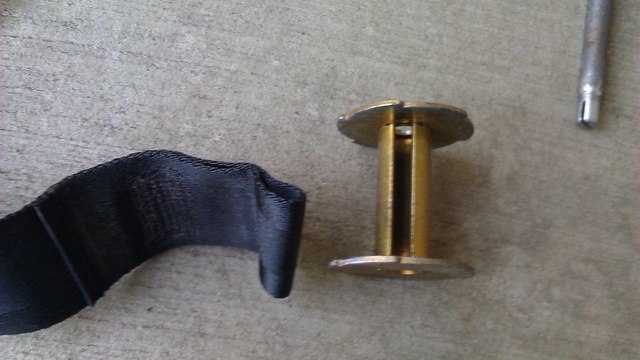 Excellent. How do you remove and replace the plastic casing? Drill out the rivet and re-rivet?
About every fifth time I use mine it doesn’t want to retract and I have to slide a screwdriver into the back slot and release the catch manually. I figure it needs some refurbishment before it breaks altogether.

In the process of getting mine back together....had to completely disassemble the ground wire connector and re-time the nylon gears to properly actuate the cutout. Plenty of corrosion. Kind of a pain to get out, and also back in. Out of car testing shows good continuity. 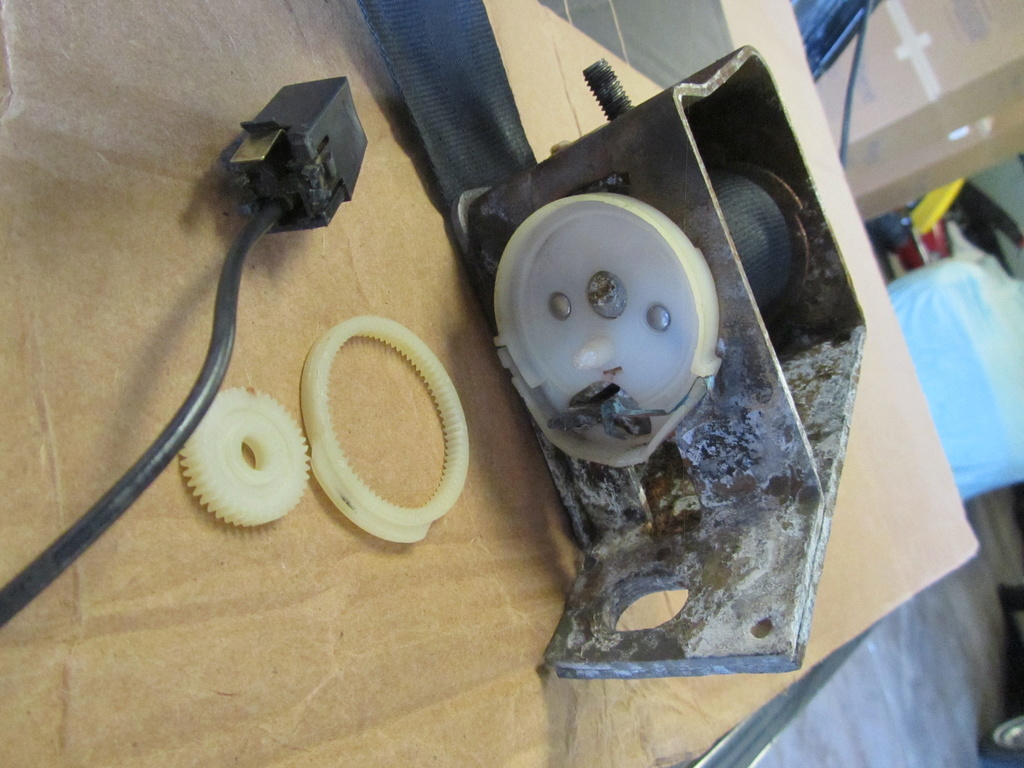 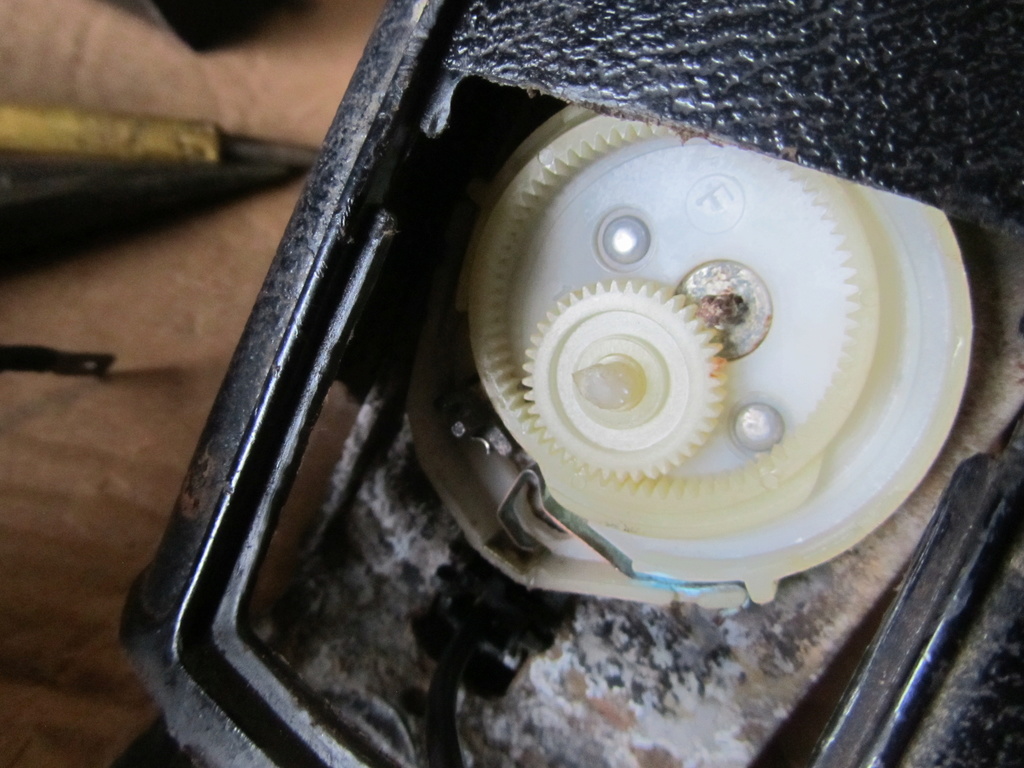