It took a couple weeks but my rear coil-overs from QA-1 finally came in last week. I went with the double adjustable ones so that I can control both the compression and rebound side of the shock. I went with 14" springs due to lowering the car, and it came out pretty good. While talking to QA-1, I was referred to D ick Miller Racing because he had "bolt-on" brackets. I was skeptical, but called anyway and he said he did in fact have 73-77 brackets. I was pretty excited when everything arrived, but my excitement went away once I got under the car. As usual, the brackets look like they are for the previous generation. After a lot of blind staring, I decided I should be able to mount them to the original shock locations. I added a 1/4" plate in between the top mount and the shock for a little extra strength, but only needed a couple washers for the bottom to space the coil-over away from the lower shock mount. The washers work, but look pretty fugly. So, I took a piece of 1 3/8" 1215 Carbon Steel bar stock and made some spacers. I used the cold saw to cut the bar stock, and then a drill press to put the 1/2" hole through the middle. Threw some grade 8 bolts in at all locations, adjusted the ride height with the spanner wrenches, and off I drove. It corners even better now than before. Simply amazing. I just need to get the rear sway bar modified/installed and it should be pretty mean in the corners.

Here are some pictures of the install. (pay no attention to the dirtiness!) 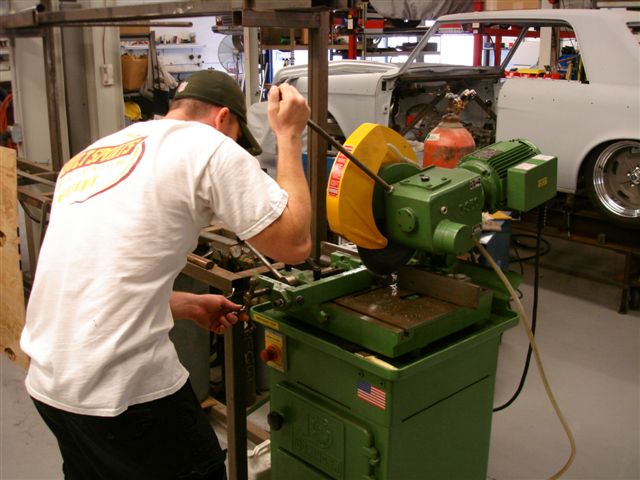 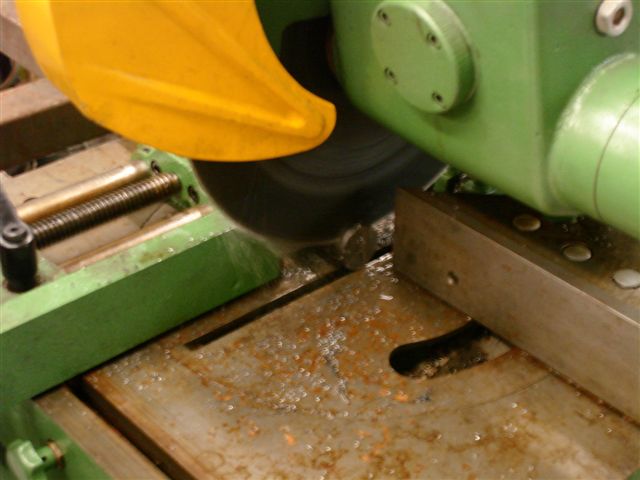 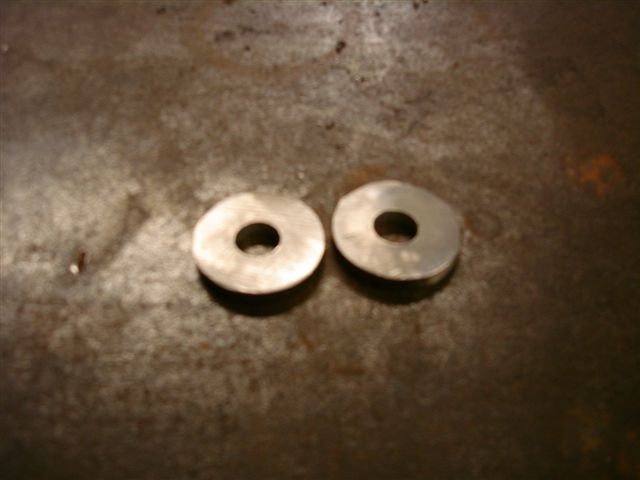 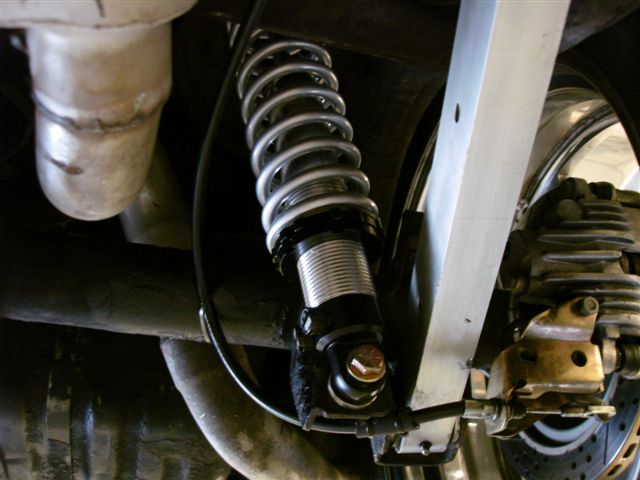 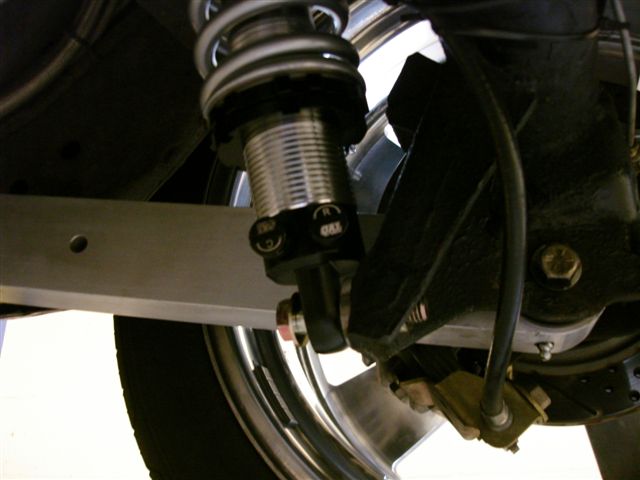 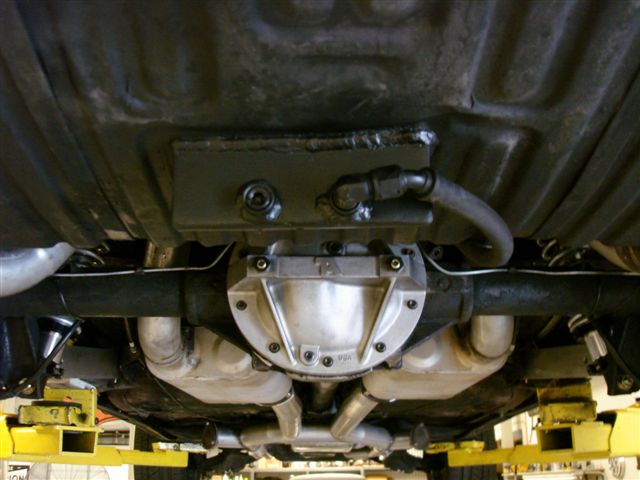 HOLY whoa nelly! Check out the LCA's! Am I really looking at solid aluminum stock?

How much adjust-ability is there in ride height? Guessing 2-3"?

I didn't go all the way up for obvious reasons, but yes, I would guess at least 2-3". If you think about it, the further up you get on the adjustment the more the ride height would increase per each turn due to the change in spring rate.

Congrats on your hard work install. Thanks for the info and pictures. I always said G3s would corner great with the right prep. JB

Thanks JB. I forgot to point out that these pictures are taken at full extension, with all weight off the wheels. At ride height (another 5 inches up), you can't see much from the rear of the car.

So those billet aluminum trailing arms, are they lighter, stronger, or just there for coolness factor? Home-fabbed or is there a place that sells them? Yeah I know this thread is supposed to be about those wicked sweet coil overs, but my thoughts are being clouded by the thought of solid LCA's. If you built those yourself, that means the potential for building another set that relocates the trailing arms forward.... Or selling some sets on here.

As much as I would like to take credit for building them, I can't. I don't have a mill, and I'm guessing that would be the easiest way to build them.

I bought them 10 years ago because I bent my factory (non-boxed) ones. I figured there was no way in hell I was going to bend those solid ones. So far, I was right. I can't even imagine the amount of torque it would take to bend these ones.

I bought them from PST here in Phoenix. I don't think they sell these exact ones anymore, but they sell similar ones. They used to sell some brackets which moved the arms forward, but I don't see them on the site anymore.

Good to know that I can buy these either way. If I'm not mistaken, the 82-96 Impala Lowers will work & they sell them for $240. Not a bad price considering that Hotchkis' steel ones run about $100 more.

Makes me wonder how Hydroking's chassis will handle when the car is put back together.

You mean if it has not been sent to the junkyard. JB

Should handle great! He had everything I have plus the tubular front control arms. The lowers don't do a lot, but those uppers from Global West are supposed to be sweet. For now, I think I'm good, but I'll eventually go that route as well.

Too bad we'll probably never know. It could be a finished car by now, but it's just gonna be a "what if" thing.

74malibu383, sorry but your car is probably the nicest car on here. end of story.

wish we could have seen what chris was doing to the body of the car i would love to see what he was going to do with it.

My dream ride & nicest complete car? Not much of a contest... Hydro's was a billet masterpiece though. G3NUT has a pretty sweet ride in the making also.

wow any pictures of the phr guna?
i would love to have all those parts like the aluminum boxed trailing arms and tubed ront control arms. i hate this economy lol

meant to ask you brian how do the new coilovers handle

74Malibu383 wrote:Simply amazing. I just need to get the rear sway bar modified/installed and it should be pretty mean in the corners.

Project Talladega is in every PHR issue since like a year or two ago. It started out as a stock red Laguna with some Z28 wheels & was turned into a steamy overpriced pile of

with a $5000 black primer job & some bright orange decals all over it. Lets not forget the orange steel wheels.

I am starting to like the rest of the car though.

Thanks guys. Not sure I want to be in the running for most expensive G3, but I'll take it as a compliment.

I'm really starting to like this "turning" stuff. Drag racing is SWEET, but the turns are kind of fun too. Took a 90 degree right hand turn at 35 Sunday. I had a little tire noise, but it did well. I know I could dial it in better with the adjustable shocks on all four corners, but I don't really know what I'm doing just yet. Guess some trial and error is in order.

74Malibu383 wrote:Simply amazing. I just need to get the rear sway bar modified/installed and it should be pretty mean in the corners.

Project Talladega is in every PHR issue since like a year or two ago. It started out as a stock red Laguna with some Z28 wheels & was turned into a steamy overpriced pile of

with a $5000 black primer job & some bright orange decals all over it. Lets not forget the orange steel wheels.

I am starting to like the rest of the car though.

ok i have seen that car before would look better with chrome wheels and no orange decals, what a waste of money tho

Ugh. My car's slowly becomming very expensive at this rate...

I think Project Talladega would have looked better if they just did the regular street machine look with it. To each their own though.

I like everything about the PHR car except the paint and decals. It is suppose to be a low budget build, that is the way it started out. I have 3 to 6 times what I could sell my 74 for invested in it and it still needs a paint job. You dont build cars to make a profit, it just don't happen. It has to be a labor of love. JB

JB2wheeler wrote:You dont build cars to make a profit, it just don't happen. It has to be a labor of love. JB

Those words are the truth right there. If you don't care for the car you're building, it will show in the end regardless of how much money was spent.

yeah ive seen this before i have it saved because i like the paint job a lot! gives me some ideas

74 Mailbu, i sent you a pm, i would like to know which coilovers you used and the thickness of the spacers you made.