Finally got the frame back from the sandblaster. What a difference! 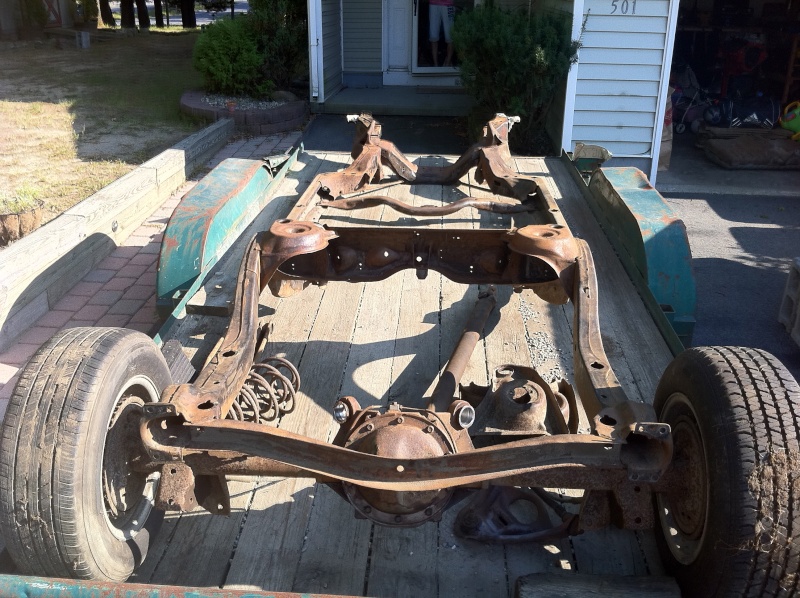 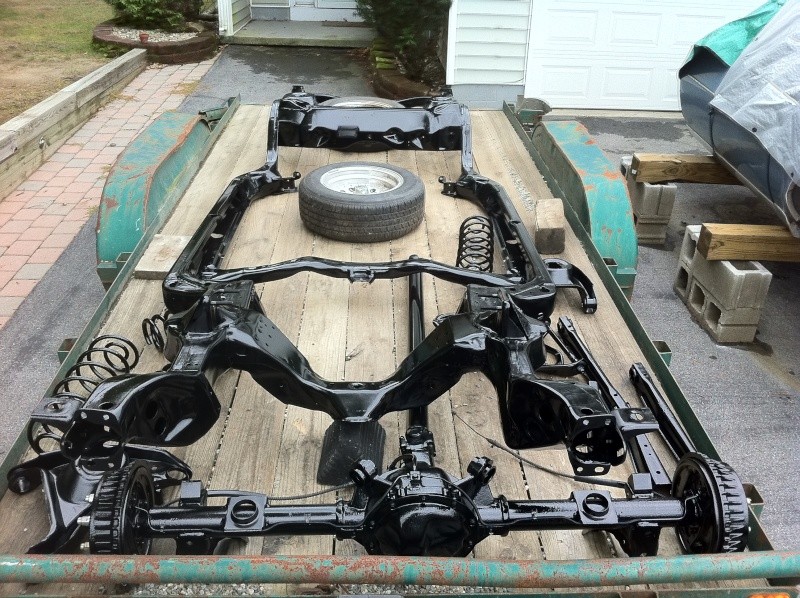 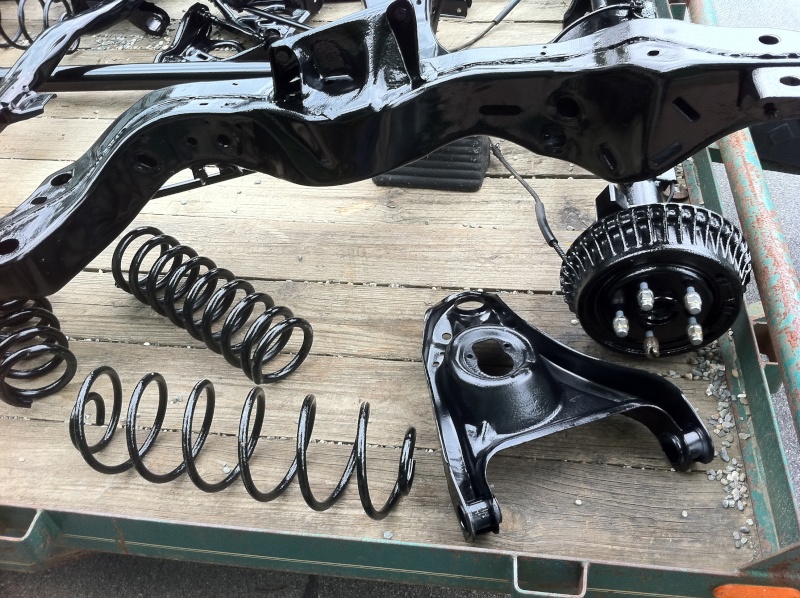 That's lookin Gooooooooood. Curious as to what paint you used there. Did you get new body bushings too and if so could you post where you found them? That's alot of work you did there. You got my R E S P E C T doing in your driveway!


Didnt you have a problem with your zoning board PIA? How did you make out?

I took the frame and parts down the road to my local sandblasting shop. (~$900 later) As far as the town goes, I talked to the town zoning guy and he said he has no problem with the car being there. There was some guy that has a junker down the street that complained that my car was there and he couldn't keep his in the driveway. He said as long as I'm working on it, it is fine to sit there. The body bushing kit that I got was a polyurethane pro-form kit that is actually for a earlier model Chevelle. (Someone told me these would fit) I haven't attempted to put them on the frame yet, but when I do, I will take some pics and let you guys know if they are compatible with our cars. They're smaller than the rubber OEM bushings, but suspect that they'll work still because they're polyurethane.