OK this one is easy (no it's not the bungie cords or the plate holder):-D Thanks Mcarlo77!!! 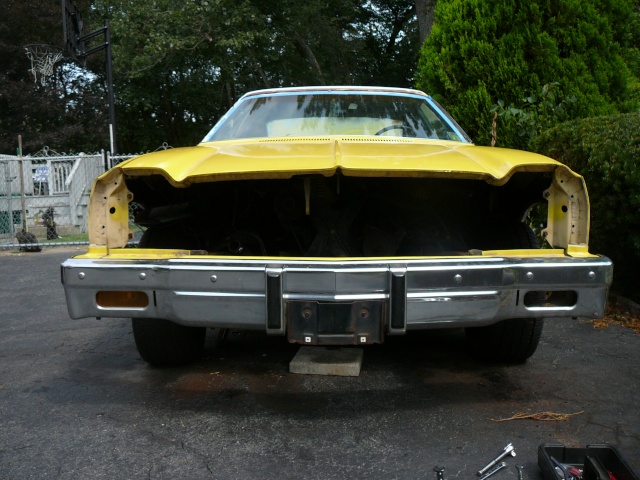 there is 2 turn signals not one

DING!! Yep the new parts yard one looks better than the one that was on there. LOL.

77mali wrote:DING!! Yep the new parts yard one looks better than the one that was on there. LOL.

i would love to find white 73 chevelle turn signal lenses

77mali wrote:DING!! Yep the new parts yard one looks better than the one that was on there. LOL.

LOL..I just need to clean the other one! I used a buffing pad for glass on the one you sent me. Looks good, no?

Gonna say...when or why did any Chevelles come with clear lenses?

Okay on buffing out the lens...it obviously made the LH one look like new! Nice job!

Those darn 73's have cool stuff!

FYI, if anyone does happen to run across clear 73 turn signals & plans to use them in your later model car, you will be in for a big surprise.... From my own personal experience 1973 has a different size, shape, & mounting points than later models & won't work. OTOH, if any of these "clear" signals ever do pop up, I want proof. I have heard about them, but I've also heard about bigfoot, chupacabra, & the lochness monster.

Also wanted to add this little bit of helpful info: get a rag & some Mother's Aluminum polish if you want to make your lenses look like new. Sounds crazy but works almost every time. I've also used rubbing compound & have even used toothpaste in the paste just experimenting. Both of those methods worked, but not to the effect that Mother's did. If you have some light scratches, take some 2,000 grit wet sandpaper to it before applying the Mother's.

World scientists have gathered in Siberia this week to hunt down a Yeti. Probably have the same chance as them finding a clear lens. I'll check out the half-dozen '73's next time out.

Found only one pic on the net, but doesn't say if these are stock. Interesting enough, it is an export. Wonder if these so called "clear lens" cars only went overseas? 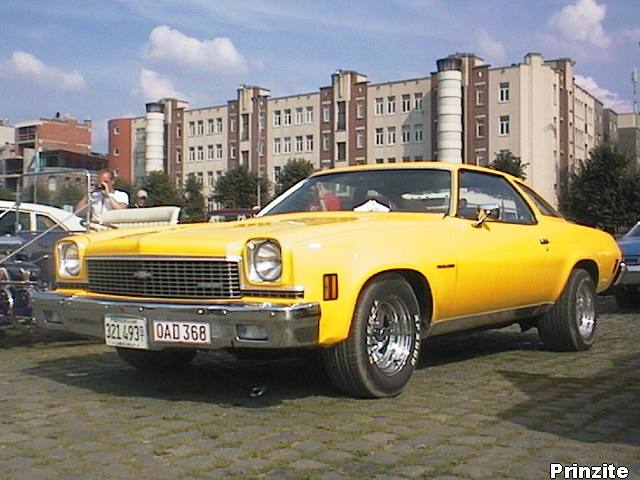 Like I said, I would love to have real proof that they do exist. You would think that we would have seen some sets pop up on here, CL, or Ebay.

Here's the link. It's the only pic of that car & says something about Belgian plates.

EDIT: It's from the American Power on Wheels show from 2001.

With over a record breaking 2,250 US cars visiting the showground this year, APOW in its 10th edition still proves to be the biggest US car gathering in the BeNeLux (Belgium - Netherlands and Luxembourg area).

Any of our European members care to chime in?

Funny how a little blurp about a polished lens turns into the quest for the G3 clear lenses...

I wonder if the laws over there for the lens backgrounds were different then? I know that for Mercedes the Euro versions of their cars are different that the ones they import to the US.

Nice find on that Belgian car though!


This one has been rolling around on ebay for over a year. unless u can find a another one, the only other way is going by that company I posted awhile back and have them made.

Similar topics
» Mushrooms among my lettuce and my first potatoes
» Anyone notice when the marina is open?
» Banamex USA-outrageous

Latest topics
» Question for the MODERATOR

» Where are you at picture