There was a question posed on Facebook earlier by Mark, that I think needs further discussion in a place where it is more likely to be preserved and used.

His question of; Question for those with knowledge. I understand that a bolt in upgrade for the rear suspension is that from a late 90's or early 2K Caprice, specifically the SS. Has anyone tried or heard about this modification?

got me to respond as I had been doing research on suspension swaps and trickery on our cars to make them handle better than they already do.

I have known for a long time that 77-96 B cars share a lot of suspension and chassis parts, despite being a full 6 inches longer overall. In my case, the 4 door A cars have nearly the same chassis at 116" WB vs. 115.9 for the B cars and that may be to GM not rounding up our cars. The two doors have a 112" and the Montes/Special cars also have a 116" WB. 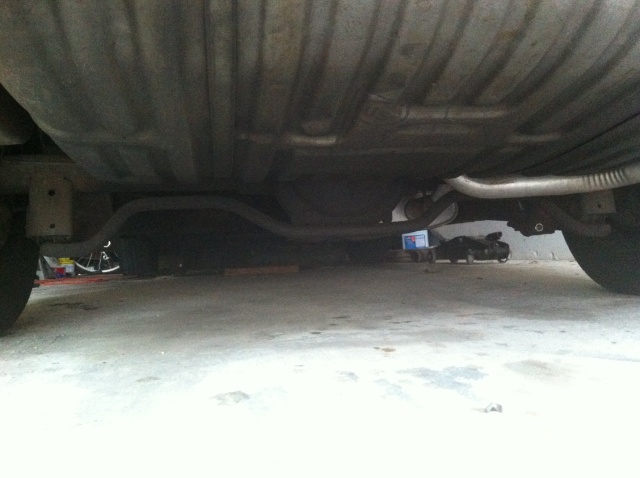 My car has a 95 Caprice 9c1 (cop car) rear sway bar, with 77 Fleetwood trailing arms because I didn't want to drill holes in my original arms. The later trailing arms are identical, the only changes is in the bushings. the 77 up B cars have a larger bolt that holds the trailing arms to the car and axle. The OE rear bar for our cars is a V shape.

The biggest hurdle is making sure you have the correct bolt pattern. Bs can be had with a large 5" or small 4 3/4" which is what our cars have.

On the front, you can use 77-96 front sway bars, but you have to get longer end links to correct the change in bar geometry to make the endlinks work in a vertical rather than at an angle.

FWIW, the 91-96 B spindles use the exact same ball joints and tie rod ends as our cars, so the nearly identical front spindles can be swapped in as well, which at the very least yield bigger brakes (12" versus our 11"). If you want to go further, this also opens up the door to swapping in the stand-alone ABS system as well: Front view: 92 B spindle on 73 Monte. 12" drilled and slotted B rotor; black ABS cable runs from top to sensor in center of photo. 17" wheel. Rear view: Same D52 caliper as our cars, but with metric banjo bolt. ABS cable routes along frame just as with B car.


And for anyone who wants to try the ABS swap, here's a much easier arrangement for the rear sensor than swapping the B rearend and changing reluctor band on the pinion gear: Caveats:
o B spindle sits 1/4" inboard from A spindle
o Bearings are also larger on B spindle
o B rotor uses 5x5 bolt pattern
o 15" wheel will probably be too small for 12" rotor setup
o Used D52 caliper, don't know how 9C1 caliper will differ (if at all)

the 12" B-rotor is a 5x5, the 11" is the small bolt pattern. I was hazy on when they changed to larger wheel bearings on the B/C/D cars. I think the bearing size changed sometime in the mid 80s.

Calipers from what I've read and seen (4 years as a auto parts counterman) 11 and 12" rotors use the same pads and calipers. I walked into the parts department once to get factory pads for my 76 and they said they didn't have any. I asked them for front pads for a 96 SS and lo there they were. In the Raybestos/Wagner catalog, they are the same part number.

The ABS thing is interesting.

Just so you know if you have a Monte the steering stabilizer (all 73-77 Monte are equipped) is the same as the B-body commercial Chassis (Hearse,Limo) from 93-96,now that I am writing this I wonder if the center link is also the same? It isMonte specific and obviously a wear part.

I swapped in 91 Astro Van lower control arms with the larger 5/8" ball joint and matching spindles with 12" rotors on my 73 Monte. They are the same as the 96 Caprice, and my original calipers bolted right back on. I also swapped a complete 96 Caprice 3.23 disc rearend, they measured the same backing plate to backing plate, may be 1/4" wider due to the rotors. All wheels are now 5x5 pattern. The Caprice gas tank was also fits perfect, just the Caprice straps need to be modified, they are too long.

The Monte also has a 2001 LS1/4l60e swapped in it with moog 5664 front spring (IROC),95 Caprice front swaybar and 96 Roadmaster wagon rear springs. Should handle/stop good when I get it running.

*also I used a Malibu/Cutlass centerlink to get rid of the steering stabilizer.

I bought a 91 Caprice Classic Police rear end, with the idea of doing the rear end swap. I had some new Weld Draglite rims that were 5 x 4 3/4 that fit on my original 73-77 rear end.
When I went to do the swap, the bolt pattern of the 91 was 5 x 5, so my new rims wouldn't have fit without modification.
Also, the axle and posi unit are a 30 spline, not the 28 spline on the 73-77.
Everything does line up however, but to make it easy on you, I would just buy 5 x 5 rims, rather than redrill the axle plates, or run an adapter.

Google the RPO codes and you can find the list for a Caprice to confirm.

Google the RPO codes and you can find the list for a Caprice to confirm.

The Caprice rear housing is not exactly the same as the 73-77 A body rearend, the lower control arm mounts are made for the larger full size control arm and bushing. Wider spacing were the control arm sits and larger holes for the bolts. Instead of using spacers and bushings to take up the slop, I am swapping all the Caprice parts (30 spline axles, disc brakes) to my 73 rear housing.

73CopperMonte wrote: The Caprice rear housing is not exactly the same as the 73-77 A body rearend, the lower control arm mounts are made for the larger full size control arm and bushing. Wider spacing were the control arm sits and larger holes for the bolts. Instead of using spacers and bushings to take up the slop, I am swapping all the Caprice parts (30 spline axles, disc brakes) to my 73 rear housing.

Which reminds me.... I need to rebush my trailing arms..... They are B-body arms that I ground down the bushing inserts to fit the car.

The center brake line is the same in case anyone was wondering....only thing to change is to redrill the bolt pattern, which I did with an aftermarket brake hub to get the holes, and then change the parking brake cables which I'll post up in a little.

I just used the rear brakes and re-drilled the rotors on my 76. 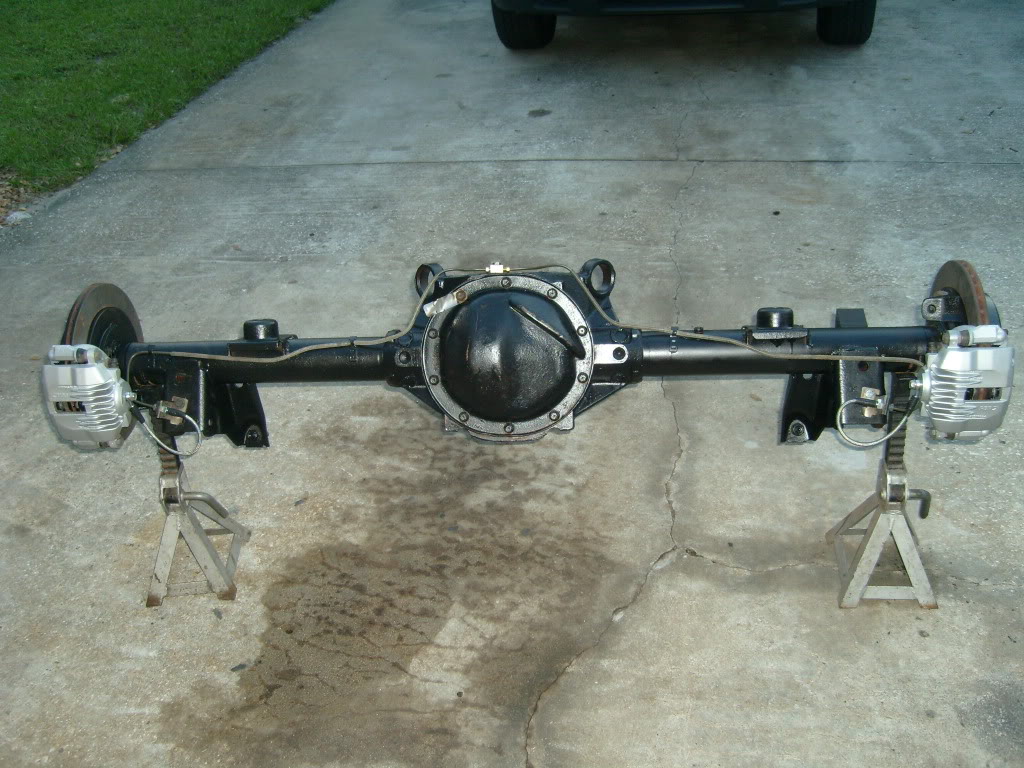 Curious if anyone knows if a caprice rear end also fits into a olds 98? I know it's a bit off topic, but curious how much crossed over with gm. Thanks

Bringing back this old topic, what suspension parts directly swap from 73-77 A-bodies to B-bodies? I notice in the Rock Auto Catalog the control arms are available for the 77-90 cars but they say they won't fit a 73-77. I am assuming there are only minor differences? Anyone know for sure?

Olds 98, it would help if you told us what year your car is.

From what I've heard the B bodies bushings and bolts that hold them in the car is bigger than the A bodies. Only small modification to make the B body control arms fit the A body. not sure about the A into the B body though.

B-Body stuff IS a hair larger and also metric in the 80s switch. So the 1/2” control arms bolts are actually M14 1.00. I remember having to drill out my frame bolt holes for the rear. Otherwise all the suspension is shared between the two cars. Front upper and lower control arms are all the same dimension. Might have to wallow out some frame holes but otherwise the bushings are beefier.