I had an awesome time last week/weekend! I'm glad I accepted Rob's generous offer to drive me back'n'forth; it was great to get away. Believe it or not, I only took 2 pictures (see below). I'm not sure why I didn't take more DURING the drives; maybe because I was enjoying the scenery too much. I didn't take more pictures AT the MC Nats because it was TOO hot to stand in the sun long enough to take pictures. Besides, others took pictures of the event. Award winners:
http://www.montecarloclub.com/2012_Monte_Nationals_Winners_Page.htm

Rob arrived in Elgin from MN ~11:30p Wednesday night, 06/27/2012. We left here ~1 hour later, taking I-294 around Chicago to I-65 S due to the late hour & little traffic. We arrived in Johnson City TN ~4:20p local time Thursday, after being stopped on I-75 S (a rock slide had wiped out an entire section of the southbound lanes). The weekend went by way too fast ... & is, for the most part, an awesome blur. It was great to re-connect with so many friends & meet several new ones. The cars, discussions & fun times were cool!

To avoid higher elevations on the way home, we chose a different route ... I-40 W, I-24 W (in Nashville TN!), I-57 N, US 24 W, IL RT 47 N. We got "stuck" on the east side of Paducah KY Sunday night, 07/01/2012, when the alternator on Rob's Lincoln Navigator (tow vehicle) decided it didn't want to run anymore. The truck had "warned" us earlier that something was amiss, so we decided to stop instead of continuing past Paducah KY. Good decision; the truck just barely made it to the hotel parking lot. LONG story short, a lot of things fell into place, though, including 1 of the 2 pics. Monday, after the truck was ready to go, we waited for another MN couple (Mark & his wife). We all then ate dinner in Champaign IL. Rob & I arrived in Elgin ~12:30a Tuesday. Rob continued towards MN.


~6 hours later, I was in a local ER after a rather rough early morning. Diagnosis pneumonia. The 4-day, 3-night hospital stay will most likely blow whatever "unemployment budget" I had, along with whatever hope I had to keep my 5 MCs. So, I am now deciding who buys them & will notify buyers soon. After the cars are sold, I will post a final "goodbye". Meantime, I'm on antibiotics & will have another Xray next week.

Not enough? Saturday evening, 07/07/2012, I decided to shower/shave before going to the cruise night to be sure I felt good enough to go. I did. Went out to my 1979 Caprice Classic (NO front-wheel-drive generations), got in, sat down, turned the key ... NOTHING, though the lights all work. It ran FINE when I picked it up Friday evening from where I had put it while I was out of town (& in the hospital). UGH; I was looking forward to seeing a few people in particular. I'm thinkin' alternator; irony rocks....


At least the MC Nationals trip was a bright spot in an otherwise dizzying, frustrating, humiliating, maddening, disheartening & not-sure-what-I-did-to-deserve-this 10+ months, partly punctuated by finding myself out of employment (from the company that had a campaign to promote grill "decency") less than 3 weeks after returning to full-time work following my 11/11/2011 open heart surgery. Sometime in my life, my turn (in MORE ways than 1, mind you!) has to come...right? Before you "preach", I know this all could be worse & I AM grateful to be alive & have an awesome nephew, etc.... 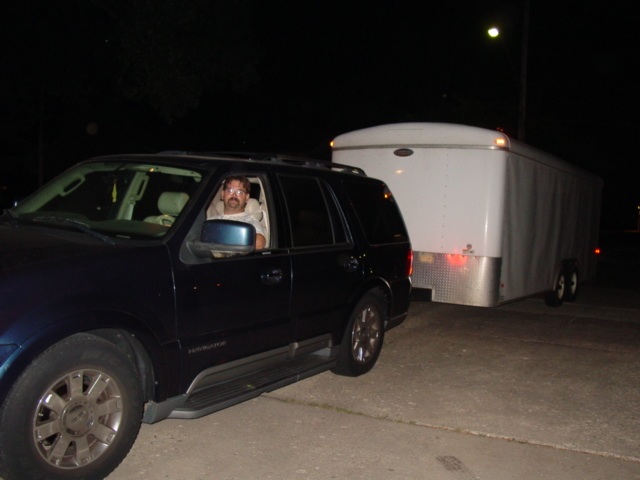 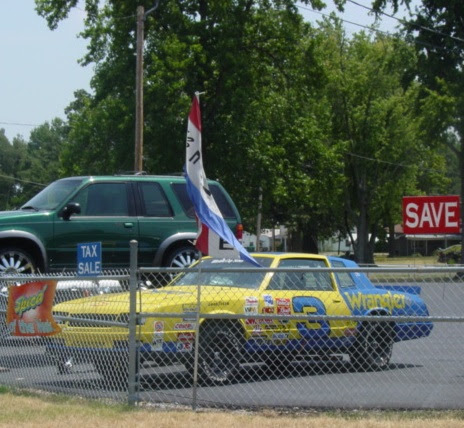 dragons_lair59 wrote:hope ya get better cort and was nice to sit down and shoot the chit with ya (also put a face to aname/car)

Thanks, Sam! And, yes ... was cool to talk with you and put a face to the name. I still think it's funny that we went past each other without knowing it right before you had John page me...LOL!

dragons_lair59 wrote:That was funny wasn't it. Stood next to each other for what about 2 minutes and didn't even know it LOL

BlackChevelleSS wrote:sorry about all the bad times cort, Ive figured out bad stuff comes in threes for me. hope the worst is over for you and you can get back to being your best.

Thank you, but I doubt the worst is over. I can never seem to "turn that corner".

Cort | 38.m.IL | pigValve + paceMaker + cowValve | "only child" 1979 Caprice Classic
CHD.MCs.CC + RoadTrips.hobbies.RadioShows.us66 = http://www.chevyasylum.com/cort
"My heart can't possibly break when it wasn't even whole to start with" __ Kelly Clarkson __ 'Because Of You'