back in the 70's my father and his brother worked on 73-77 montes when they were new. they would buy wrecks and take good parts and rebuild them. my uncle once bought a fully loaded 76 monte split in half by a train.needless to say they had alot of parts.

in 1984 i was looking for my first car. my uncle told me to think about a monte. his friend found one in S carolina and brought it up for me. it was a 75 one owner monte with 51,000 miles,1250 later it was mine.in 1986 it was stolen,but recovered. they blew the motor,took front clip,tires and wheels,left it for dead. 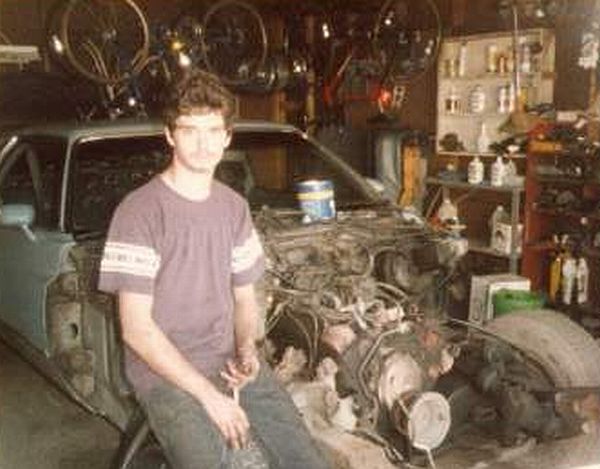 i put it back together while still using it as a daily driver,and finally painted it in 1986. 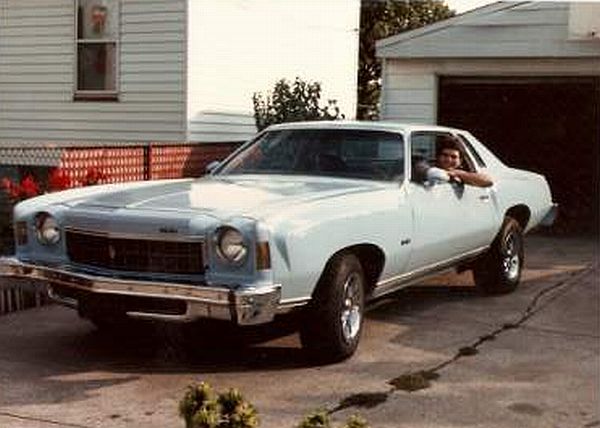 my father still has a building full of parts that have not seen the light of day since 1985,but we dont talk.

My dad had them when i was a kid so thats what did it. There must have been 15 on our block alone.Every house had one or another or a wagon. GM really had its game on then.

Same as Anthony, family had them a plenty and Uncle had a 475+ hp rocket of a laguna he raced street legal driven almost daily.... now adays thats stock output for todays cars LOL

Common trend with these G3s of being within our families while growing up. Same story here. When I was 5 my dad purchased a new 73' Grand Prix SJ 455 black on black which he still has with 97k miles. From that early age I remember how cool & smooth it felt in that car when he hit the gas! While growing up I would help him maintain & do some slight modifications to it. My 16 - 18 age era my brother & I only got to use the car for special occasions as Birthdays, Homecomings, Dates & Proms.

My dads first new car was a 73 chevelle. I think my love for them came from the circle track. My dad used to take me to the races when I was a kid (mid 80's) and 90% of the cars were g3's, mostly chevelles. I always thought they looked cool as race cars and wanted one as a hot rod when I got old enough.

I may have told this one already, but i was 12 when the 73's came out. We were playing kickball in the street and a black on black 73 Laguna 454 rolled past us really slow. I LITERALLY MADE my poor Mom search for 3 months untill we found a lightly used one (My Midnite Green 73) to buy, because she wanted to get rid of her 72 Electra. I didn't get it untill later, but i did get it! ... I really love your story 73 454 monte! That is way cool.

I got mine by chance. Ive always been a chevelle guy but really just liked the 64-72 versions. I was building a rat rod of sorts 1955 Buick when a guy got ahold of me and offered a straight across trade. His plan was to put hydraulics on the Laguna but thought the 55 would be cooler, so i made the trade and havent looked back. This is what it looked like when I first got it. I say good trade and now the S3s are my #1 choice over any Chevelle

Fell in love with a Cutty. Loved them since I was like 10.

its like brand new,just with some dust on it.

My first G3 was a '73 El Camino that I picked up in '75, in Texas, after I flew a Grumman Albatros sea plane down to Ft Worth. The company that owned the airplane had the Elco, and I bought it for 1700 bucks & drove it home from there. And I cashed in the airline ticket they gave me also, so I made out pretty good !
Two years later I traded it in on a new '77 Elco Classic.

When I was five years old around 1989, my family lived in Colorado, and my parents had a silver 75 Monte Carlo. While I was young, I always remembered the "big car with the red inside", my parents sold the car when we moved to AZ. A few years later, my dad bought a 76 Monte (I think the name of the color is "cream gold", I thought it was known in earlier years as "Chamois"), it was a bit of a plain model, but it had bucket seats/console. My dad loved it, he had a 75 Cutlass when he was younger with swivel seats/console. Flash forward some years, I'm 15 and about to need my own car. My dad said I could drive the Monte, which at first I wasnt so enthused about, but after some time to think about it, I gained interest, and it only blew up from there. Eventually the car became mine, and I've been working on it for 11yrs now, and it has changed a lot. My attachment to the Monte Carlo come from some family history, my dad, and the memories I had growing up and cruising around. Its a great car, and I love that its not your typical Mustang or Camaro.

I've recently had interest in trying to find the 75 we had back in CO. So far my mom has found a vin number.

My current one is a 75 Chevelle that I just bought because I liked the way it looked and it was in my budget. I wasn't looking for one, just came across it on Craigslist. Years ago I had a 74 Monte Carlo with a factory 454 and dual exhaust. I stupidly sold it for a song because it needed a total restoration. I kick myself almost every day for that one. I looked at a few when I was looking for a car, but one was a total mess, and the other one, the person selling it never got back to me. It was a 454 as well.

I guess I'm a real G3 nut, after owning two Chevelles an 4 Elcos. My current project, which is on hold until the weather warms up, is my '75 Elco. It's powered by a 507 inch Caddy.
I just received the carpet for the interior and the door sill scuff plates. Too cold for paint, so it's interior work for now.

One good thing about the Caddy is the location of the spark plugs !! Up top, not down under !

You gotta love that you can stuff a big ole 500 ci Caddy motor into an El Camino or any other G3. Gotta love these cars.

The Comp Cams Magnum rocker arms in the bottom picture are a conversion from the original weak stock Caddy rocker arms. Those are actually F-ord rockers from Comp Cams. We use whatever works !!


AND....I just installed the headliner in the Elco project this evening ! Motivation is rising....

Can you get a close up of your throttle/kick-down bracket? I'd like to see how you have it set up back there. You're running a Q-Jet? Awesome!

my friend Chris made me do it.

The Q-jet is the stock 800 CFM for that engine. I have a TH400 trans, so there is no kick-down linkage. It's an electric solenoid in a 400. But, there is a switch for kick down mounted near the carb. here's a view from the front...