The recent warmer temps & sunshine, along with seeing many older vehicles out'n'about while I'm driving my "winter" 1979 Caprice Classic, have me itchin' to drive my "summer" 1989 Caprice Classic, for which I need energy to detail it. I'll probably re-instate complete insurance on it soon. With no job prospects or disability (recently received a rejection letter, but will appeal), I'll probably leave my '79 & '81 MCs in storage this season, in an attempt to try to keep them. MEANTIME, I've been "playing around" with some of my scale model cars....


Last year, I bought 2 large display cases to showcase more of my collection. When I put cars in them, however, I was disappointed at the "wasted space" created by the rather tall top/cover. It didn't bother me enough to do anything about it, though, at the time. BUT ... with the recent addition of dealer promo models & the desire to display a few more of my small scale cars, the "wasted space" became a bit of an aggravator. So, using plexiglass that Dad & Mom had, a family friend cut 2 pieces to add a "layer" to each case. Trying to figure out how to support the new level, I happened to walk past a can of Tinker Toys ... & bam, found my "posts"! I secured the Tinker Toys to the plexiglass & the bottom of the case with tape. While the Tinker Toys take up a bit too much space (to my liking) on the lower level, it's better to virtually double my "display space" instead of buying a 3rd case ... for now.


My dealer models all together!


Newly 2-tiered Display Case (showcasing some of my multiple makes) 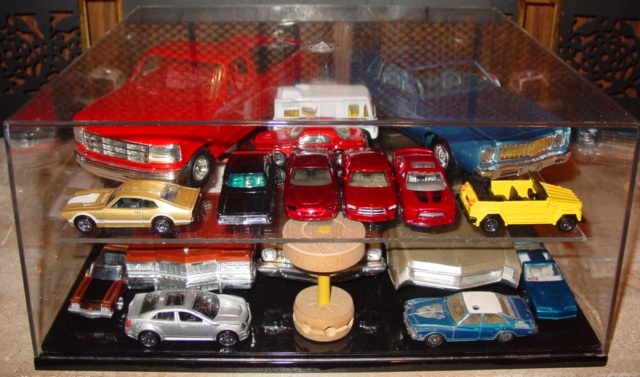 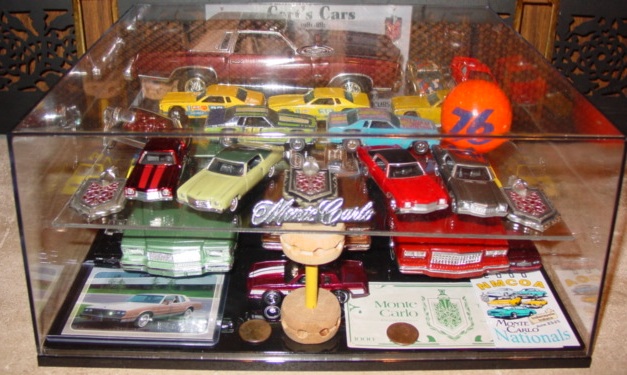 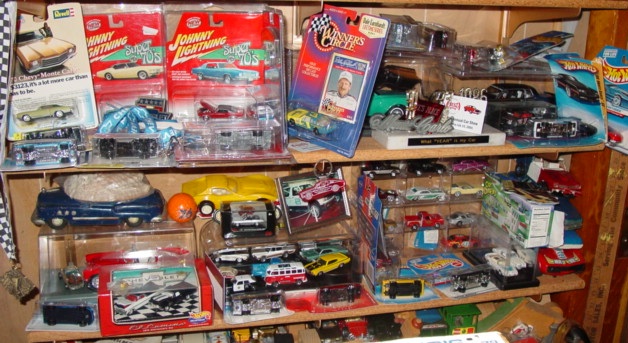 These 2 shelves are part of a wall-hanging shelving unit. 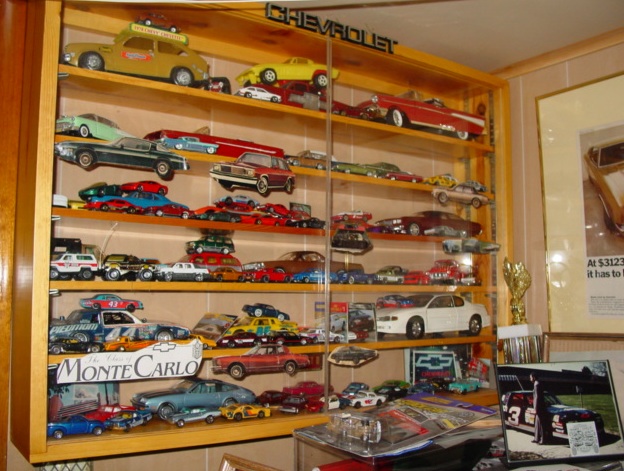 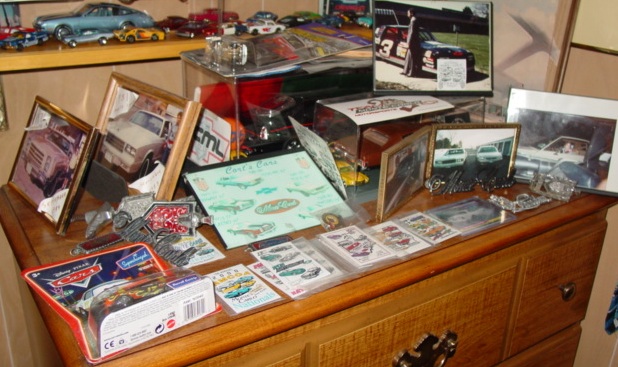 Slightly re-configured this, too, which showcases more of my MCs!


Here is how my wall-mounted Display Case area looked a few years ago:
http://www.chevyasylum.com/cort/collection/DSC07617r8_jpg.html

Of course, my nephew knows NOT to play with Uncle Cort's "special display" cars; besides, he has his own (some of which I bought him; some of which were/are mine). I took this pic of Nephew James & Niece Jennalyn: 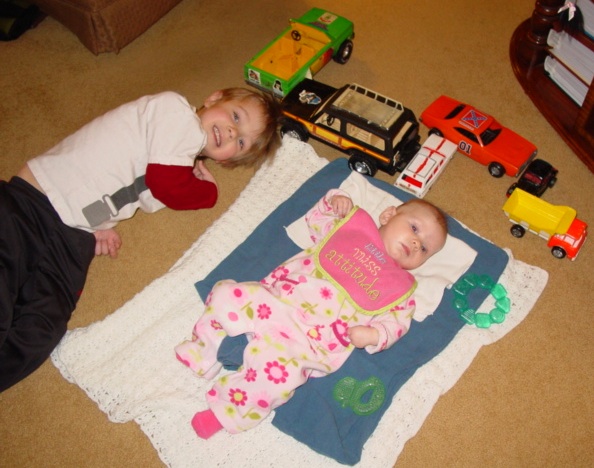 Very cool Cort them are ALOT ALOT Of cars and trucks

Thank you, Anthony!!!! If you're ever here again, I'll show 'em to you in person!

This is only part of what I have, too ... other HW/MB models are stashed in car carry cases.....


BTW, these are older pics of my collection ... including an image of my HO scale train table when it was up'n'runnin':
http://www.chevyasylum.com/cort/collection/collection.html