My swivel bucket seat belts on my 74 Laguna are pretty much deteriorating. I do have a good set of bench seat belts from a 75 Chevelle. Anyone have any experience using the bench belts with swivel buckets. I'm just looking to get by for a while until I either find a set of swivel belts or can find someone to reweb the swivel belts.

The center parts of the swivel belts (next to the console) are in good shape so I can re-use them.

I have found folks to re-web the swivel belts, but the backlog is around 6 months. So I don't need recommendations on that.

this may help you this is from another members Build here RoadcaptainS3 this was his dilemma and what he used to remedy it ....

So there it is, problem solved...nearly drove me bat****. If you want to update your belts to something a little newer, or if you've swapped out the bench or if you just want that damn stock retractor out of the middle of the floor, look for 93-02 Camaro or firebird belts.

Looks like it might be a junkyard jaunt on Sunday to look for 93 and newer Camaro or Firebird seat belts!

I'll let ya know how it all works out.

93 and newer Camaro or Firebird seat belts! work I have them in the Laguna. They bolt right up. With seat all the way forward they are little tight for a big guy like my self but worked good. I also have different seats with 6 way power bases in my car.

People sell them on ebay also if yard does not have one.

Or...what you can do is remove the straps from the spools at the floor retractors and swap your good bench seat ones to the swivel bucket floor bracket. Wouldn't even have to mess with the shoulder strap retractor. It's not difficult. Be glad to share how it's done if interested.

Please send or post some instructions for swapping my belts from the bench seat floor retractor to the swivel bucket retractor. Although I'll bet the seat belts from a 93-02 F-body (even from a 6 cyl) wouldn't be expensive, any way to save a few bucks would be appreciated!

I'm always looking to save weight, so I'm still considering the F-body retractors. I'll bet the whole assembly might save a pound or two, and everything helps.

Wallyuph wrote:93 and newer Camaro or Firebird seat belts! work I have them in the Laguna. They bolt right up. With seat all the way forward they are little tight for a big guy like my self but worked good. I also have different seats with 6 way power bases in my car.

People sell them on ebay also if yard does not have one.

Mine were from a 93 Z28...see page 5, about halfway down. It would probably reduce weight because it removes the lower retractor. I got mine from ebay at Wally's suggestion.It was around $50 for ALL belts front and back leaving me able to add the shoulder belts in the back at some point down the road.

So here's how the saga seems to have ended. 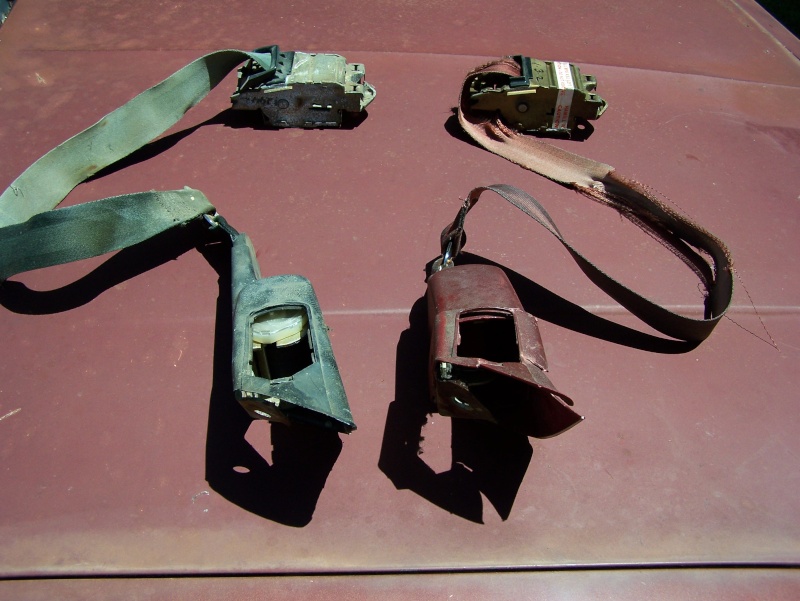 The next pic compare the power bench rooftop retractor parts to the swivel bucket parts. Pretty much the same. 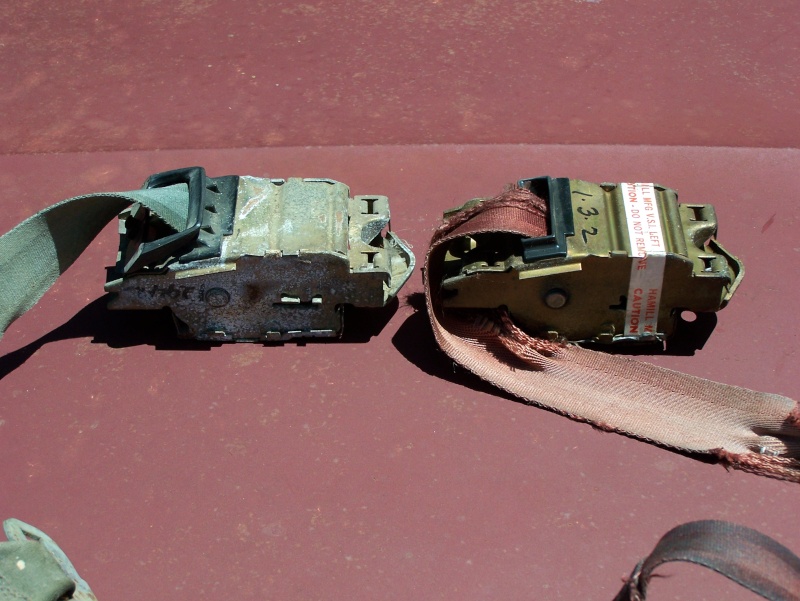 The next pic is a closer view of the floor mounted retractors. 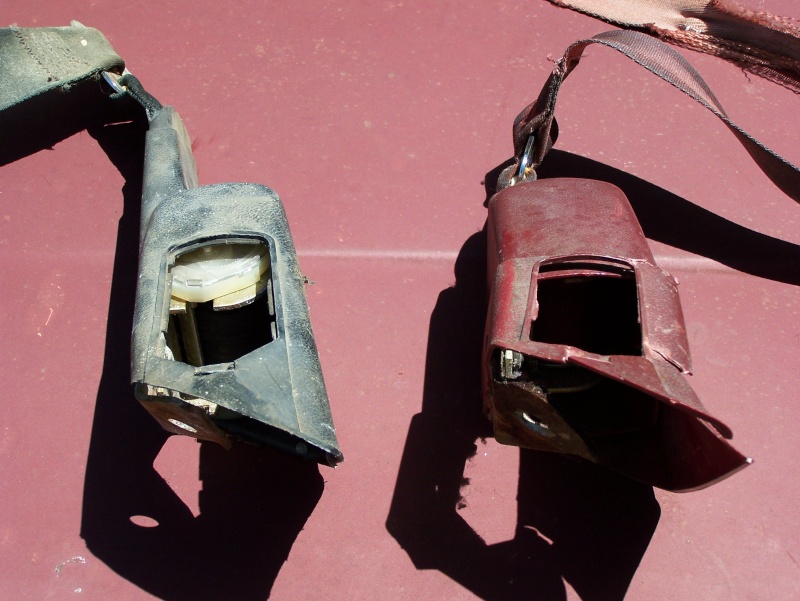 The power bench retractor does appear slightly higher, at least the plastic cover does.

Finally this is a shot of the attachment point to the floor. Slight differences. 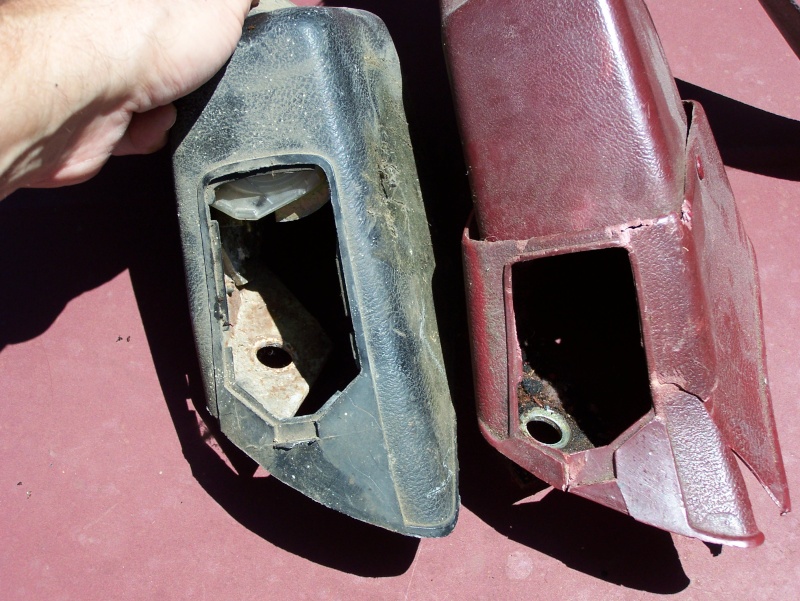 So the proof came down to when I tried mounting the power bench retractor next to the swivel bucket seat. Now my 74 Laguna does have factory swivel buckets so all the holes and threads are in place. Voila! Works just fine. I've now got a drivers belt, both shoulder and lap that should pass a Texas inspection.

For the folks looking to retrofit the swivel buckets, power bench retractors give you another option. Gotta be a few cars out there with power benches that can repurpose their seat belt retractors.

The really good part to all this is that I had the retractors from the organ donor, so the fix only cost me a little time and the usual skinned knuckles.

Good!
I love it when a plan comes together.