More pictures for you

More pictures for you 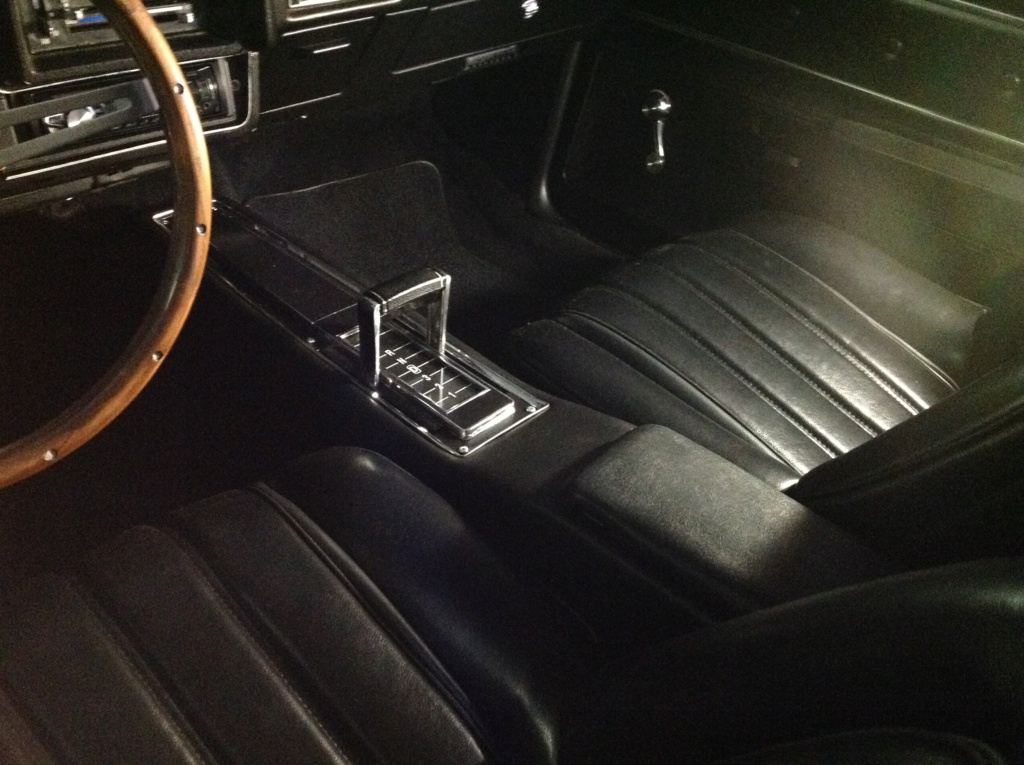 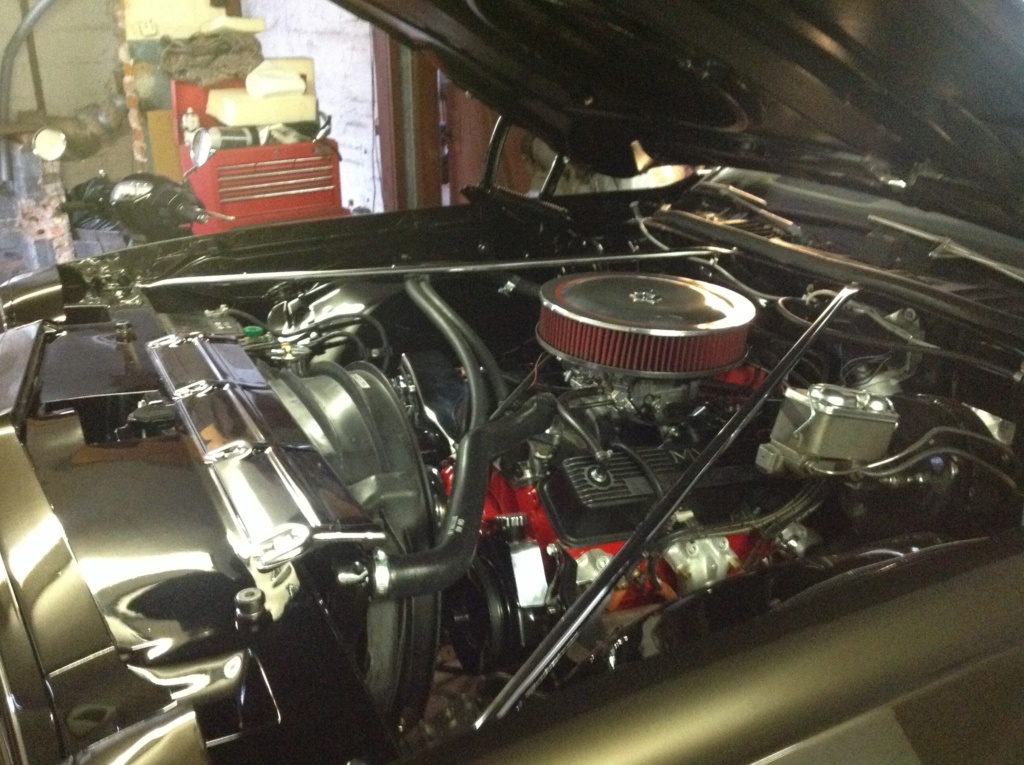 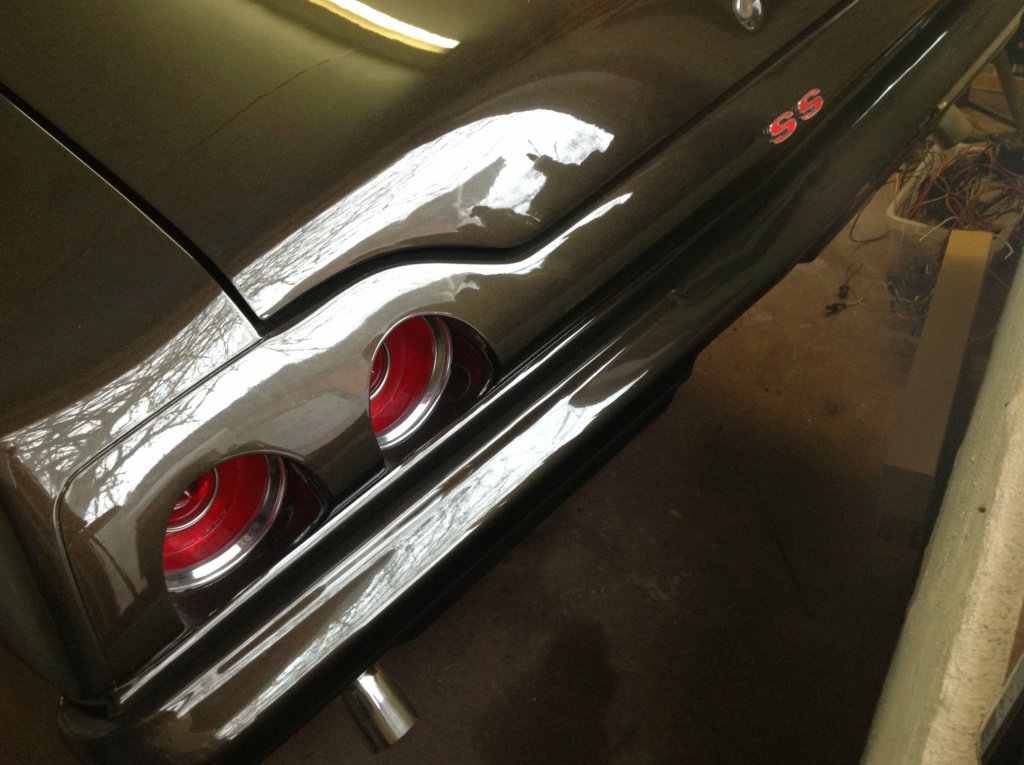 This is pictures of wanda as she is Called. I Got my new redone seats in, and thought i would show of some of the other things i have done to it. First picture is my homemade center consol, its a blend of plywood and a Monte Carlo consol with horseshoe shifter and the backend is a 79 camaro with the little room under the armrest. I put cupholders in the armrest room with light since i needed cupholders.

Next is engine bay all painted up and polished. All bolts are stainless steel i polished after i sanded off the makers marks on the heads. Engine is unknown original but is rebuildt and wery fresh, i put a 700r4 trans in it and repainted everything ( again).

Some remember wanda Being a 1976. But when i Got it it was rustet out everywhere and the taillight plastic was all cracked. So i used 71 camaro taillights and made a complete new backend. Handlede in steel inspired by 73 models with the dual taillights. I removed the licence plate and put it in the bumper, and relocated the fuel filler to the right rear quarter using a filler cap from a Harley Davidson frenched in flush. And a tank from a elcamino. There is alot off other custom made things on this car. Mostly due to lack of spareparts. 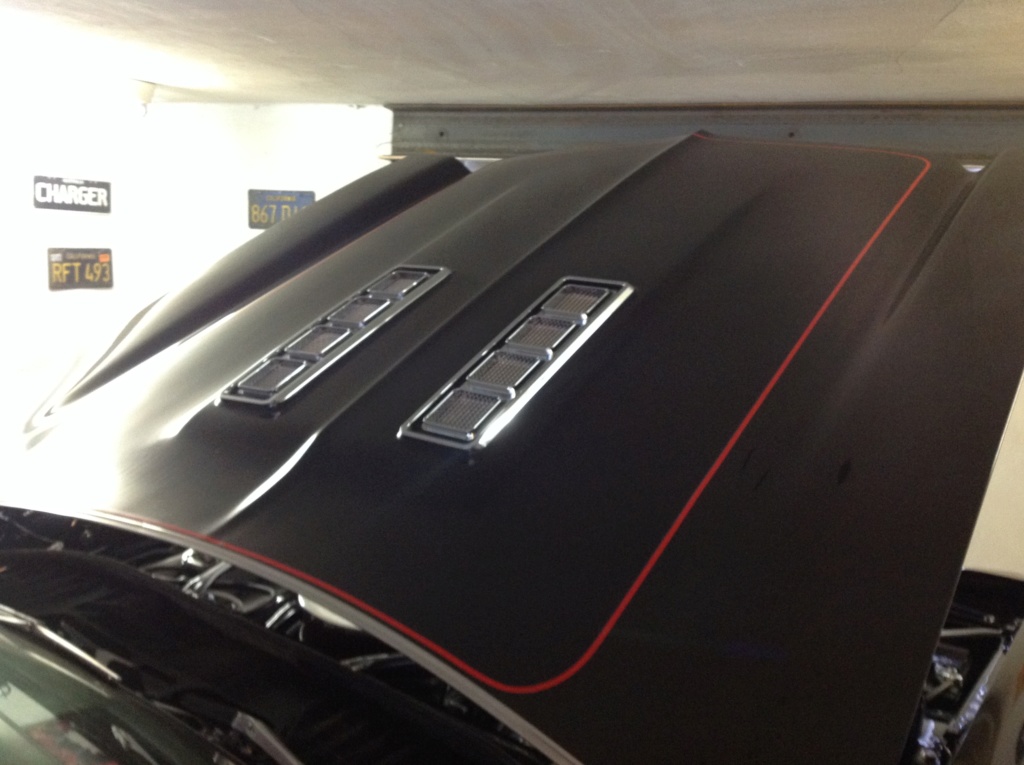 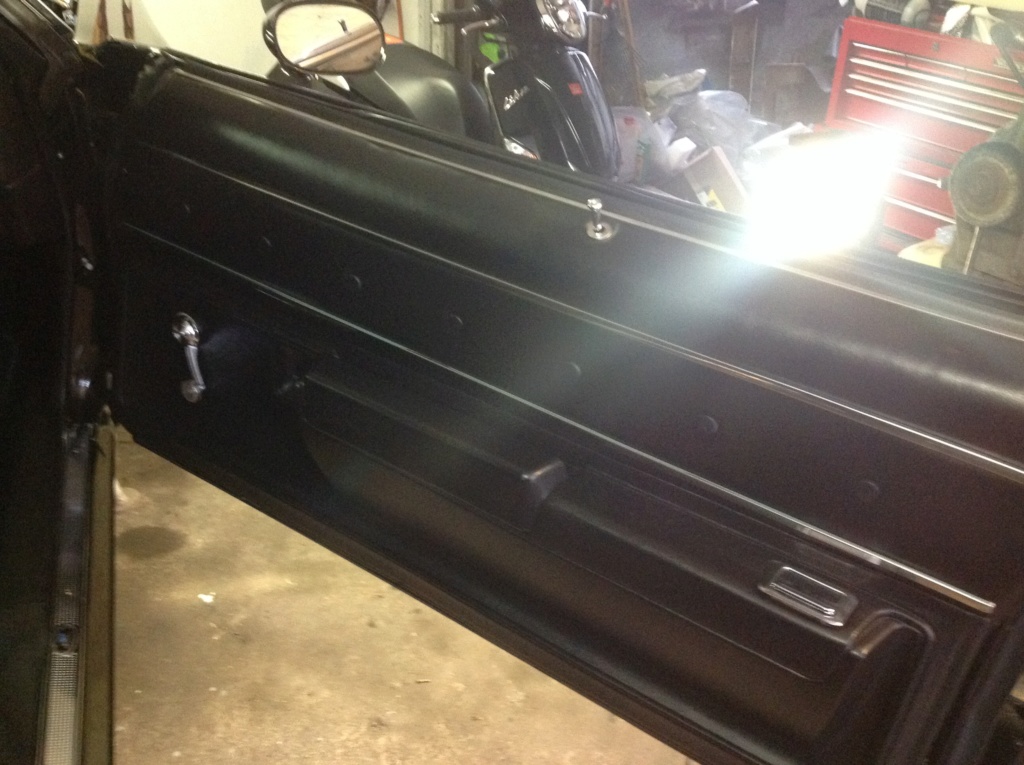 Next is pictures of my homemade doorpanels. Since originals were more than i could afford i made my own. Came out pretty good i Think.

The hood was modified using the bulge from a rustet out camaro hood. It was alot of work but i like it that Way.

And also a warning against buying new repro lower door panels from opgi. They are wery low quality and fit wery poorly, they are wery expensive and in my opinion not worth the money. I Got them to fit with alot of modefiying and grinding but i wish i could get originals again since i Think they look cheap.

Very nice work sir! I like it all. You've done things others may have never thought of, or didn't have the nerve and talent to do. I tip my hat to you.

Thank you wery much for the kind words. Im pretty proud of her too, its always fun to show it of to guys that are into the g3s. 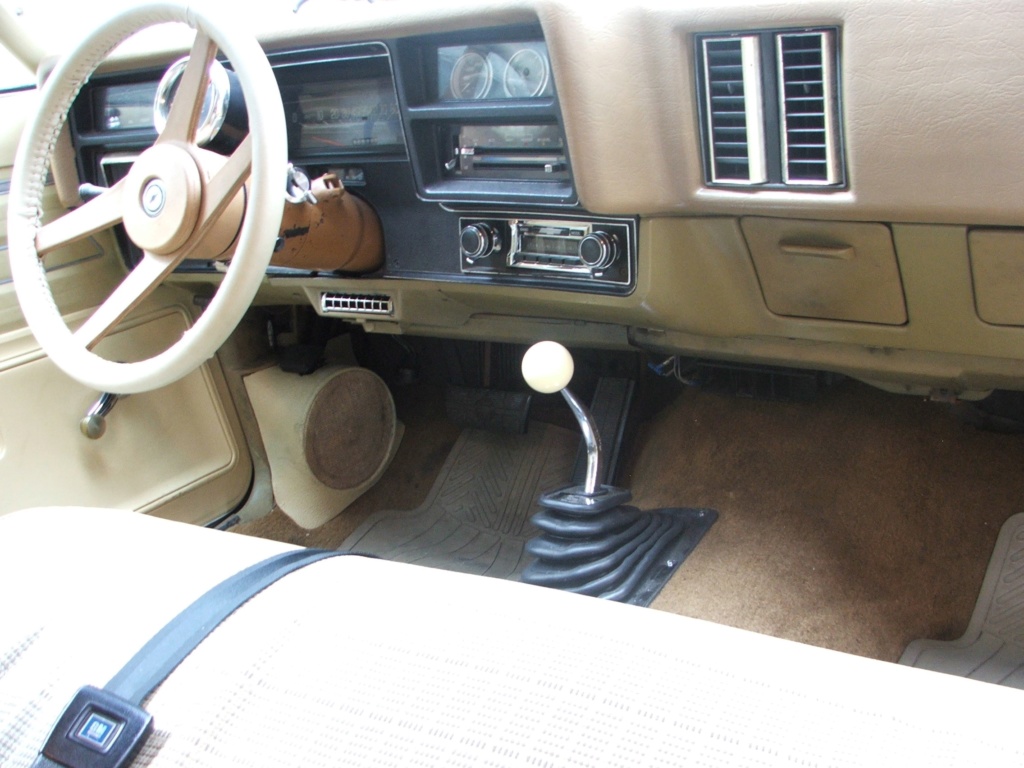 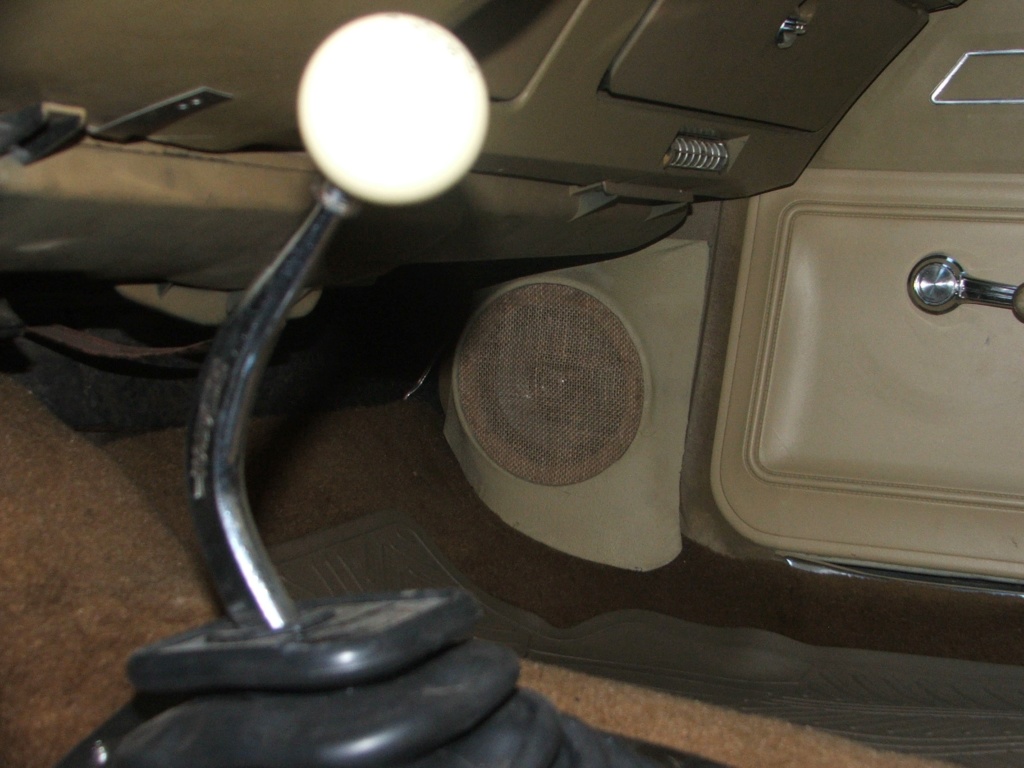 I appreciate anytime some one thinks outside the box and does something that others haven't Hs1973. Only those that own this body style have ever noticed something is different about my kick panels and placement of my oil and temp gauges. lol

Im happy that more people appreciate these cars now. When i was a kid i remember especially the wagons and elcaminos Being partet out when they were only 10 years old. I wanted to save them all and thats how i have always thought of every old car i have seen. I love when people get creative and Think of things that look loke it could have been factory but is not. I have modified my car in Many ways without Being ekstreme. I build it for my self the Way i like it, so its always Nice hen others like my work too.
I grew up in the 70s-80s with the custom cars at the time, and i always liked it. I never really cared for the billet era so i do it my own Way. Most would have partet out what was left of wanda when i bought it. It was a Bondo bucket painted light green with green interior. It drove but that was the best you could say about it. Now i get Many compliments at the shows mostly because im alone in having one.

I like your shifter that looks like a stick, thats pretty trick. Also its cool how you put the gauges in instead of the usual gauge cluster under the dash ( i hate that)

I agree with Fasrnur -- that is some beautiful work. It takes a lot of thought and effort to come up with things that are subtle and look like they could have come from the factory, yet add to the car's appearance without going overboard. Wanda's a beauty!

Thank you guys. It was at first never ment that it should end up as a show car, i startet out thinking i could just make a Nice driver. But the more i blew it appart the more it showed its true colours. I bought it on a couple of pictures where it looked ok but it turned out to be a Real whoa nelly bucket. So before i know it i had it Down to bare frame. It kind of progressed as i Got into it and 6 years later it looks like this. Its not done yet as i continue to build on it as money alows. I had to be creative because of parts availebelity and my wallet. Thats why it makes me ekstra happy when people like you like my car.

Beautiful work on everything Hs !!