Hagerty - 4 tempting personal luxury cars you can own for under $12,000

Hagerty - 4 tempting personal luxury cars you can own for under $12,000 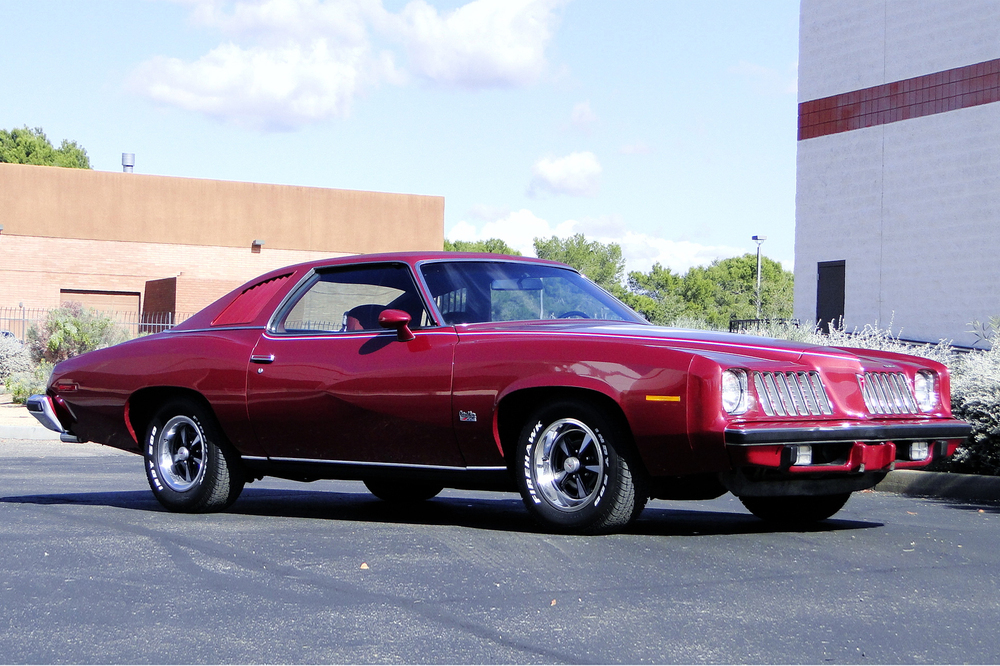 If horsepower sold cars in the early-’70s, sporty personal luxury certainly sold them in the mid-’70s. General Motors was the most prevalent, shotgunning as many sporty models at the market as it could handle. Some were a smash hit, like the Cutlass-based Hurst Olds and Chevelle Laguna S-3, others fell into obscurity like the 1977 Pontiac Can Am and 1973 GTO.

Possibly one of the more overlooked models is the Grand Am, and no, I don’t mean the front-wheel-drive version that used to be a staple at the “no credit, no problem” dealerships. The Grand Am originated in 1973 when all of GM switched over to Colonnade styling but featured sportier bits such as an Endura nose, strato bucket seats, and even fake NACA duct hood scoops, although these styling choices has a bit of a Marmite effect on people. Power came from a standard two-barrel, 400-cubic-inch V-8, although a four-barrel 400 and 455 were optional, and a relatively low number were even equipped with four-speed manual transmissions. Examples today are incredibly uncommon but are a relative bargain when you consider the wow factor of driving around in a car that few remember when new.

Driver-quality cars can be had for just a touch over $10,000, although pristine cars will run you into the mid-20s. As with any Colonnade GM car, buying a project-grade car is ill advised unless it’s a passion project. The aftermarket has flat-out ignored this segment for decades, meaning that restoration parts will come from donor cars or a disappearing stock of NOS, so it’s best to buy the best example you can afford.

That article is written by my boy! Yes I am a proud father bragging!

Iggy wrote:That article is written by my boy!  Yes I am a proud father bragging!

His job is putting out the quarterly price guide. He makes sure I keep my square body truck values to where they should be. As for the G3, they are still a great buy, most turn their nose up at them because of the poor HP ratings of the mid-1970's. He bought my 1969 Grand Prix because he used it in his wedding and had an emotional attachment to the car, to me is was a great way to put a smile on my face when you put the skinny pedal down! That car rated at 350 HP was truly underrated but mixing gas for the 10.5:1 compression got old. I always wanted a Laguna so selling him the GP gave me the opportunity to get my 1975 Laguna.

I hate to say it but at one point I had to push him out of the house and watched him loose a really good job. That was hard to do, but it forced him to grow up. Now he is quite the go-getter, he needed to find somethings he loved to do and things took off from there. I love to see his name on articles, like his father English was one of his toughest classes! Now he writes articles, and puts together the information you hear the experts from Hagerty talk about at the auctions. Someday he will be the one talking about the stats - not bad for a kid in his early 30's

Always wondered who was behind these cool automotive articles. Great background story, thanks for sharing Iggy.