Sitting in a transmission shop in tiny Enterprise, AL in 1985 waiting for my car, I read an article on SS Chevelles. It discussed the last year of the SS, 1973, and mentioned that it was the only year a wagon was offered. It specifically said "And if you ever see one, buy it. They are scarce as hen's teeth."

Half an hour later I am driving home, wondering what Marketing VP was fired over trying to sell a high performance station wagon, and what drives by me but a gold 73 SS Wagon. I am stunned and by the time I get home I am kicking myself for not following it just to look it over.
One sleepless night later, I decide to go back to the intersection where it passed me and just look around to see if she lives nearby. I turn down the first left and there she is, sitting parked in the street in front of someone's house. I can't believe my luck.

Now Barbara Ann (she told me her name) had lived twelve tough years. The paint was faded to primer, the seats and headliner torn. The suspension was so worn that the balding tires often scraped the inner fender wells. Everything leaked and I think she had 110,000 miles on her. But there was no doubt that she was an original SS (no one fakes a car and lets it look like that, plus there wasn't enough collector interest to bother faking one) and while everything was worn, it was all still original, including the Turbine I wheels (missing trim rings and center caps).

So on impulse I walk up to the door and knock. A wasted looking middle aged man with half his teeth wearing a muscle shirt answers. I ask if it is his car. He says yes and I ask if he wants to sell it. He delivers a jack-o-lantern smile and says, "Now that's a rare one there." I curse silently thinking he will ask higher than I can afford (which is damn near nothing since I just joined the Army.)
"So how much would you want?" I say. He grins like my brother used to everytime I landed on Boardwalk and it he had two hotels on it. My stomach sinks.
"$500," he says. I bite my tongue to keep from screaming in joy.

So 12 hours later every scrap of cash I had was in his hand and Barbara Ann was in my driveway. She still is. 350 four barrel bone stock original including the smog pump. The list of rebuilt and replaced is a mile long, but you all know how it goes. I'm finally down to repairing the cracked dashboard and she will be done. Hey, it only took 23 years! 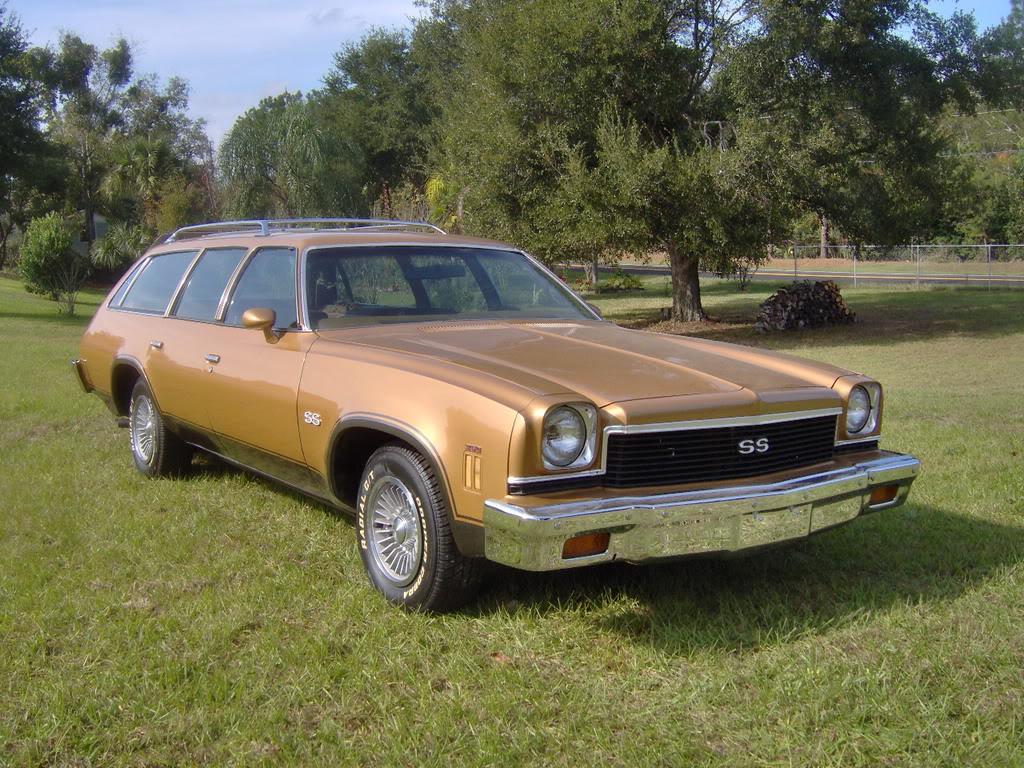 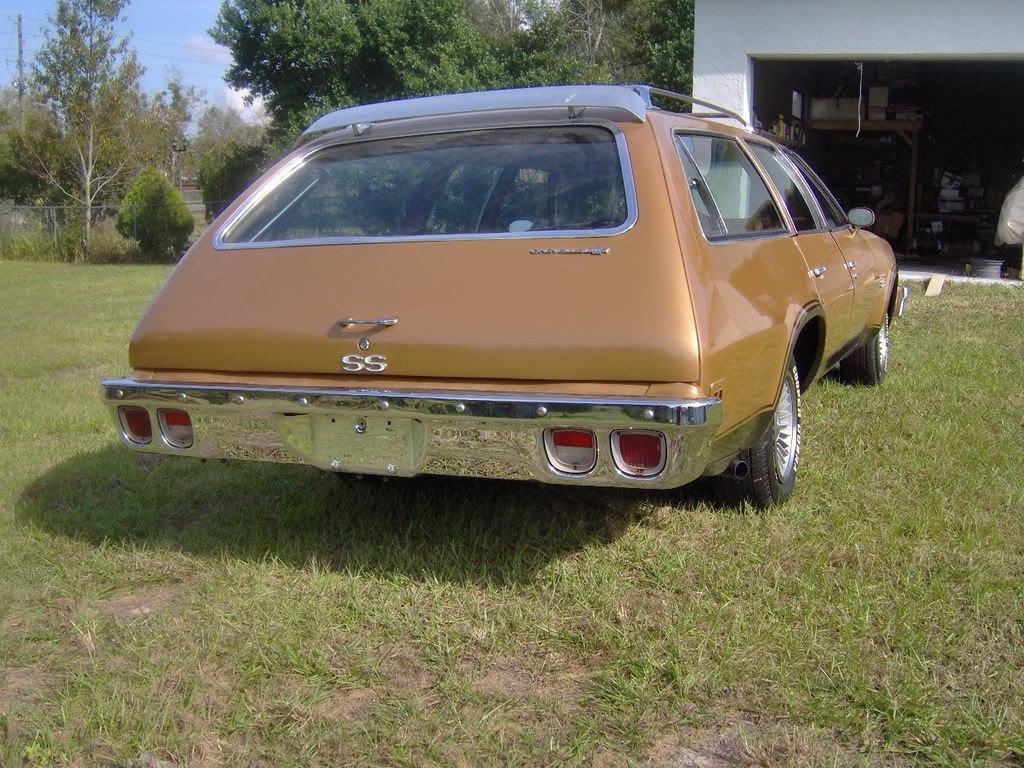 I've always been fascinated by your SS wagon ever since I saw it on another site. It's really beautiful!!!!! I can't say I'm infatuated with the looks of a 73 Chevelle wagon, but the SS option really kicks a$$ and makes the wagon look bad as hell. Plus, I like the idea of a hot rod wagon. Why not!? It's a great idea.

Could you tell us more about the specifics of your SS? Is it light copper metallic (which was available on the Montes that year), or another color? Did the SS wagons have special suspensions on them? Well, I presume the same options were available on the wagon as the regular coupes, right? Your wagon is just so cool I want to know everything about it. Congratulations on snatching it and saving it for yourself, us, posterity, etc...

The color is light copper metallic, with taupe metallic stripes. The SS option added heavy duty suspension similar to the two-doors with anti-sway bars. All the SS interior doodads like the steering wheel and door emblems are there. The round faced idiot gauges were standard with the package. Outside you got dual sport mirrors, blacked out grill and SS emblems. The car had to be a two-seat model, which did not come with the swing out rear windows my car has. Those were a $40 option. Except for the 454, Barbara Ann has most of the available options except for cruise and tilt, which are sitting in the garage if I ever get around to switching them over.