This thread will have no real direction, it is mostly just to help me keep track of what has been done, what needs done, and my findings along the way. If folks are interested in seeing it and reading about it, that's even better, lol.

I came across this car a couple years ago. It was the second SS wagon I had seen in person, with the first being spotted about 15 years before that. I was finally able to strike a deal and brought it home a few days ago. 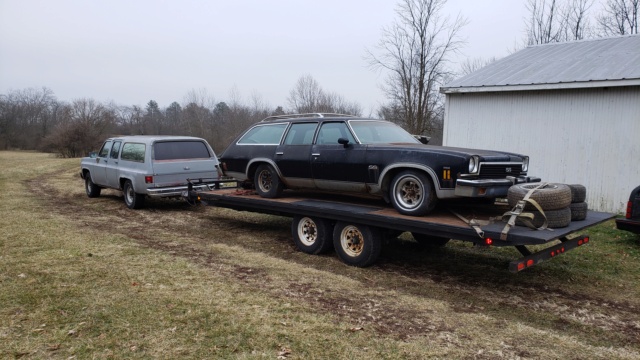 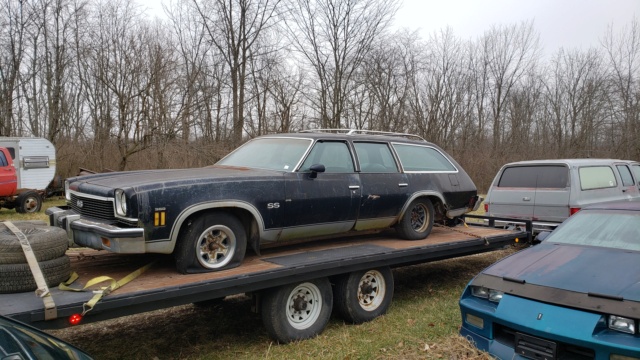 Looking at paperwork in the glove box, the car was purchased new at Bobb Chevrolet in Columbus Ohio, by a couple in the Westerville area. They had the car until around '84. It was then possibly purchased by someone in the Grandview area, they had the car until '92. It was then purchased by a fellow in London Ohio who drove the car until around '97. Then it sat in a barn until it wound up at his buddy's used car lot a couple years ago, which is when and where I found the car. Now I own the car and it is back in the London OH area.

The car seems to be wearing it's original paint still. I only question the LR door and the front section of quarter panel, it looks as if the black paint may have been blended in at some point early in the car's life. There's also a scuffed/scratched area that has a light purple sealer exposed. There's also a halo in the paint in the same area. 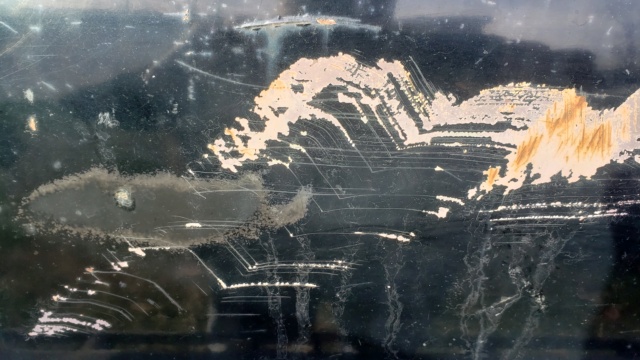 That is the reason I believe that area had been repaired post-'73. But then I noticed that the left A-pillar has the black paint peeling off and the same color sealer is visible. 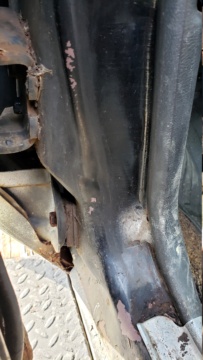 What color sealer was used in '73? Is it possible that there was a blemish at the factory and the paint was repaired at the factory? That halo/discoloration came from somewhere. Either way, I plan to fully document the placement of the lower body striping so it can be replicated later on down the road.

I have removed the 2GV carb for an overhaul, that will be the first step in the fuel system rehab. 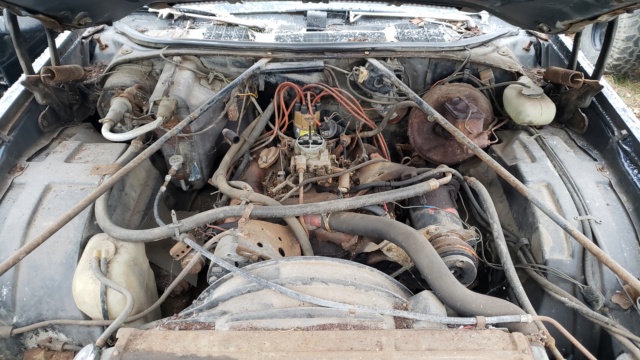 The emissions label on the radiator support states Federal and California compliant, where applicable. I'm not exactly sure what the "where applicable" part means.

Also, it turns out that I know the car owner from 1992-2019, so that's pretty cool. I haven't talked to him in a few years, hopefully he's still alive and kicking.

I will also be removing the smog pump and related parts, as well as the charcoal canister. I will replace the fuel cap with a vented unit. All stock parts that get removed and not reinstalled will be boxed up for potential use in the future. 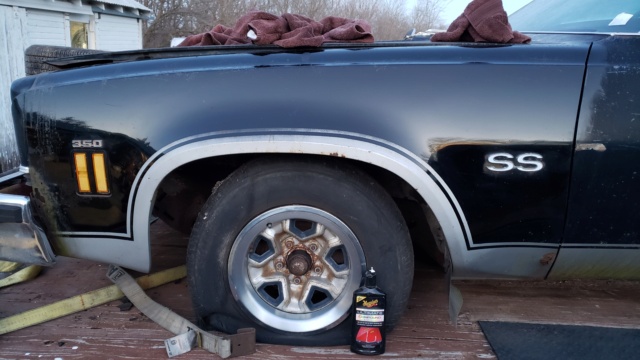 Mounted up some custom painted IROC-Z 16" wheels because they look better than the S10 14" rims and bad tires that were on it. I'm not sure what I think of them yet, pretty sure I still want to run a set of 15x8 rallies. 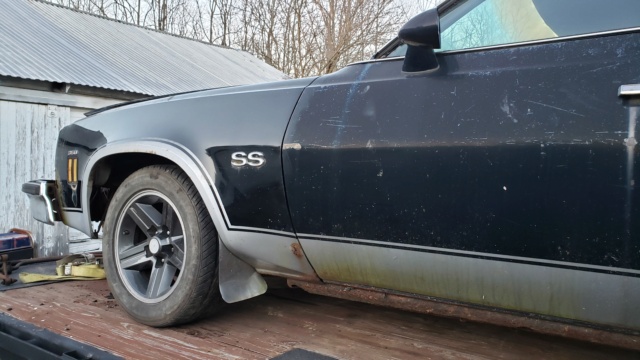 I also realized that I actually know the owner from '92-'19-ish. I'm bad with names so it took a lot of hints before it finally rang a bell in my head.

Very cool SS! Had a chance to trade for one with a member here a few years back. I kick myself for not doing the deal! Keep the posts coming!

I got a hood for my 76 elcamino in Blue Springs MO. He has one of these in his garage ! Not sure if it the same SS talked about in this thread ? Thanks.

Some interesting artifacts were found in the glove box and under the seats: 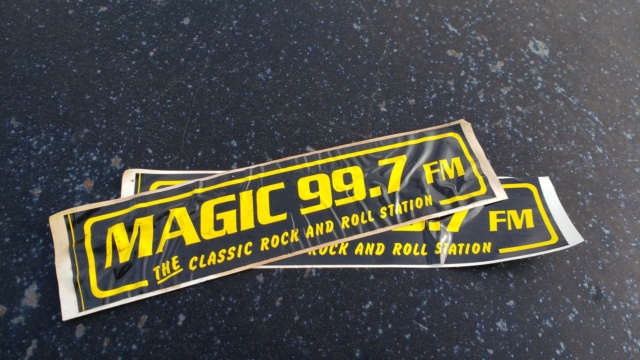 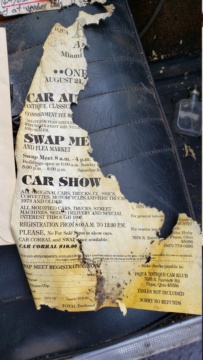 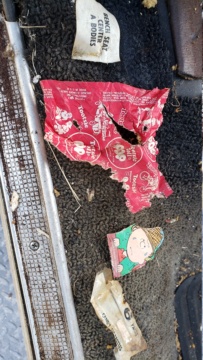 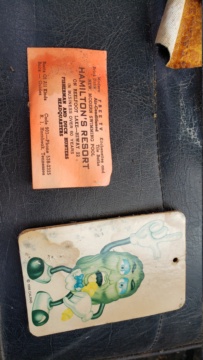 Most of the stuff seems to be from the late 80's to the early 90's. I know that 99.7fm has been The Blitz since at least '92. I don't recall exactly when those ugly California Raisins characters were trendy. 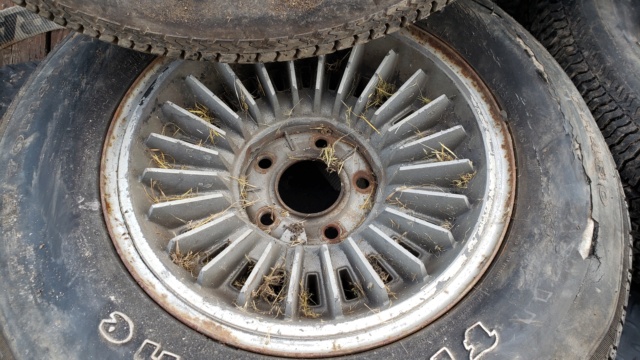 I also got the original polycast wheels with the car. All caps are accounted for, but a couple of the rings are a little banged up.

looks like the 1980's a calling, they want their trash back!

Today at 1:59 am by Greenmachine

Yesterday at 2:56 pm by REVINKEVIN