It vibrates when I stop in drive with my foot on the brake.  It goes away with a little bit of throtle, and doesn't seem to happen at all when driving.  Put it in neutral and it all goes away. 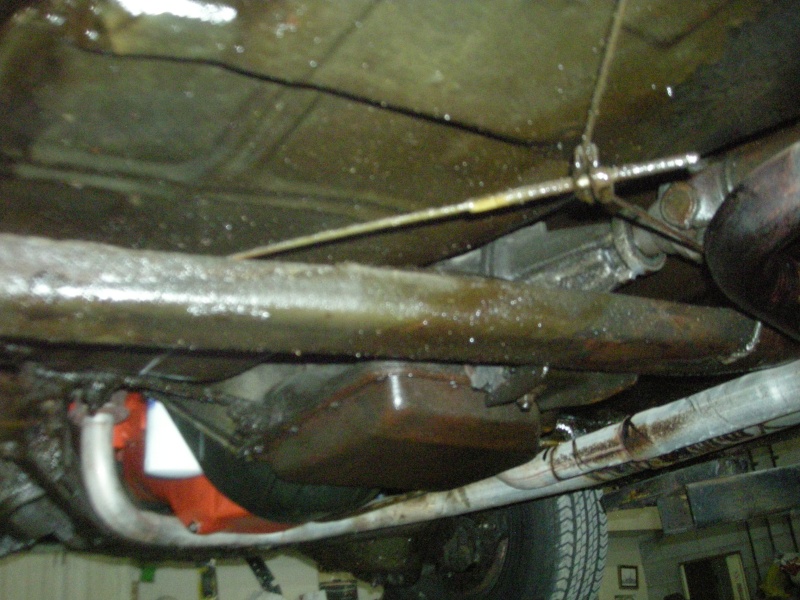 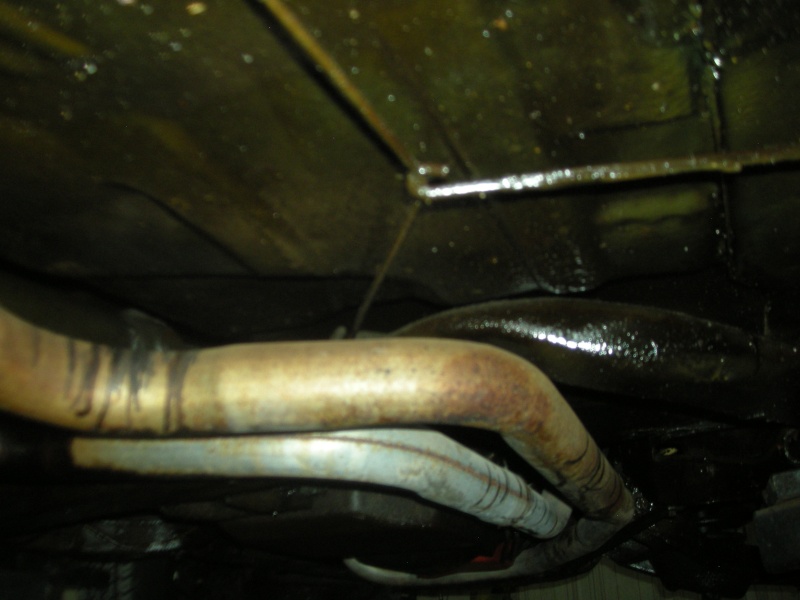 What I can see is that the exhaus is rattling on the floor pan on the drive shaft tunnel.  Adjusted things yesterday to move it about 1/4" away from the hump but that seemed to make things worse.

My first thought was somethings loose.  - that ain't it.

Next, I've bent something while the exhaust was hanging down (about 16") while the engine was going in? - not likely but who knows?

Next, does the 355 fit slightly different than the 305? so my exhaust now fits differently? (I used the same motor mounts that were on the 305 with the 355)

Any other thoughts would be appreciated.

Technically the 355 and the 305 are the same design block and heads. I highly doubt the engine has caused this. I'm thinking of a few things to look at. Idle speed. Initial timing, and lastly engine harmonics. What balancer are you using? Did you use the same balancer from the 305 to the 350? What are you using for exhaust hangers? Are they still in good condition?

OK, it's good to know nothing is slightly different.

The timing I believe is about 12 deg BTD. I can't remember, but it's not radical, the whole things was built around being drivable and having fun with it rathern than getting 800hp and being able to pass everything but a gas station.

The idels is about 650 RPM, give or take a couple of RPM in drive.

The balancer is a brand new one for a 350, 8 inch. From the folks at the local Car Quest auto parts / machine shop.

The hangers, are in good shape, though there are only 2 of them, and they are by the rear axel (one each side) and then bolted to the exhaust manifold.

Should the exhaust be touching the floor pan? I don't think so but hay I don't know what I don't know.

The other side doesn't rattle and it's closer to the floor pan than the one that does, I'm wondering if it's wedge against the floor enough that it stops any movement?

Your exhaust shouldnt be touching anything. It needs a little room to move. Is it possible something is up with the flywheel?

The flywheel / flexplate (I didn't mention the trans is a TH350)?  Like what?

I had the dust cover off Friday when I took the pics of the exhaust, and it looks / feels secure.  Both to he crank and the torque converter.

If it was out of balance wouldn't things get worse at higher RPM?  If it were loose wouldn't I have lost a bolt by now? (about 800miles since it went in)

The exhaust pipes shouldn't be touching anything, but sometimes its unavoidable. Can you verify idle speed in gear and idle speed in neutral and/or park?! 650 rpms in gear seems a little low to me, I would try to stay between 750-800 rpms in gear, PROVIDED, its not too high in neutral or park.

Check that the bolts on the cross-member are all tight @ the frame. Any loose bolt might cause the x member to hit the pipes, especially since you have them both going through the 1 notch. My $0.02.

When you hear the noise, engage the park brake a little. If the noise goes away, it's the brake cables vibrating against something. If you notice, the cables run through the area of your mystery vibration.

Thanks guys - I'll take a look at all these things the next chance I get, and let you all know what's happening . . . .

When I changed my motor I had significantly more torque. I reused my old motor mounts and the same thing happened to me. Watch the motor when its in park and shifted into drive if it moves a significantly and retaines that position I would replace the rubber mounts, I switched to a polyurethane mount but didn't like it because I could feel my cam thumping in the steering wheel so I switched back to new Napa $9 rubber mounts and the problem went away. It may not be your problem but it worked for me.

OK I'm back, it's been a crazy couple of weeks at work, but had a chance this weekend to look at all the suggestions you guys have made.

First not the parking brake or any of it's parts vibrating.

I've moved the exhaust as far as the hangers will allow, and things got worse, actually sounded like it was harder. Like it was a piece of cast iron vibrating against something? So moved it back and things are about the same.

And when my son puts the car into drive while standing on the brake, I can see the motor dip to the passenger side. It's about 1/2" of movement at the air cleaner, and it stays there. The vibration seems to only be when it's under load, so if you drive like grandma, you don't notice till you're at a light. If you drive like Dino then it's every time I put my foot into it.

This makes sence with it being the exhaust that runs down the pass side of the car.

I'm guessing it's like SSTOOLMAN said a rubber mount. Any other thoughts?

It sounds like bad motor mounts on the engine to the cross member. That would be my first plan of attack. polyurethane mounts will give you more noise as they are stiffer and radiate through out every thing so if you don't like that stick with stock rubber mounts.

Well it's time to update everyone. The motor mounts are changed, just waiting for the bushings to be pressed into the lower control arms before they go back in with a fresh coat of paint on them and the springs, after cleaning 700 years for greese grime and oil spray off. . .

After taking this on I can with confidence say there isn't another way other than droppiong the lower control arms to get at those motor mount nuts in the frame.

Week after next I hope to be back out for one last drive before the snow comes. . .

I done it at least 3 times without removing anything. I use a swivel socket of the correct size. Not a swivel adapter that you put a socket on but and actual socket that swivels. Nice to have another person to hold the wrench on the top side also.

Well I guess it's "live and learn"

, I've even got a set of those, would have been a whole lot less work. Where were you when Ethan and I were out in the shop trying to figure this out