*
Anyone into MGs?  Family friends had a white convertible (black top) back in the 1980s; I rode in it a few times &, as a youngster, was fascinated (for lack of a better term) by the 3 windshield wipers vs. the conventional 2!  While it seems a popular color is British Racing Green, of these 3, which color do you prefer: red, yellow or blue?
http://www.oldcarsstronghearts.com/2016/01/01/friday-files-47/

While the rusty truck is interesting, the building behind it is somewhat of a mystery.  Any ideas what it is!?
http://www.oldcarsstronghearts.com/2016/01/02/saturday-smorgasbord-48/

Among other things, today (well, 01/03/2016) is National Fruitcake Toss Day!  Not sure where they come up with things like this, but I bet many people love to toss fruitcakes.

Our auto instructor teacher in high school was into MGs, he had a pair of them, both green I think. I was never "into" them. My Godfather, at the same time had a 1965 Sunbeam Alpine, (like the Maxwell Smart car..his was a Tiger) had the removable hard top. He tried to sell it to me, I remember my mother talking me out of it. The deal was done on my end, I still think about that car! Thanks for the flood of THOSE memories!

About rusty trucks... We stumbled upon this rusty truck at Grubbs...a scrapyard we went to last week 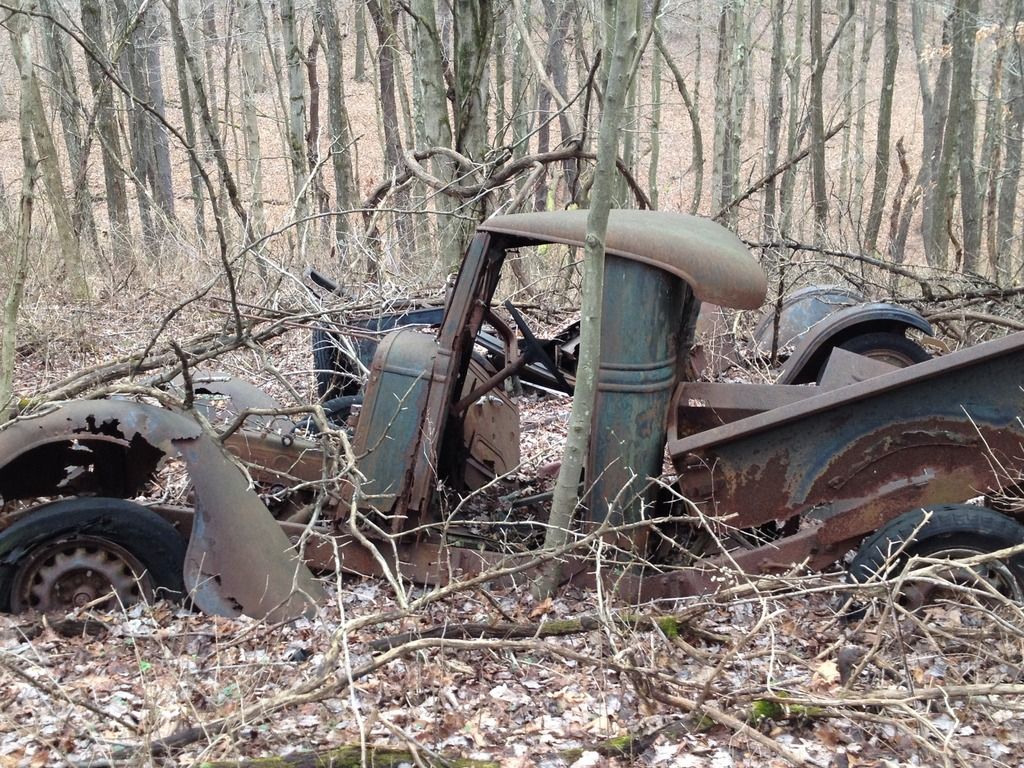 Pretty toasty for sure, there was a Model A behind it 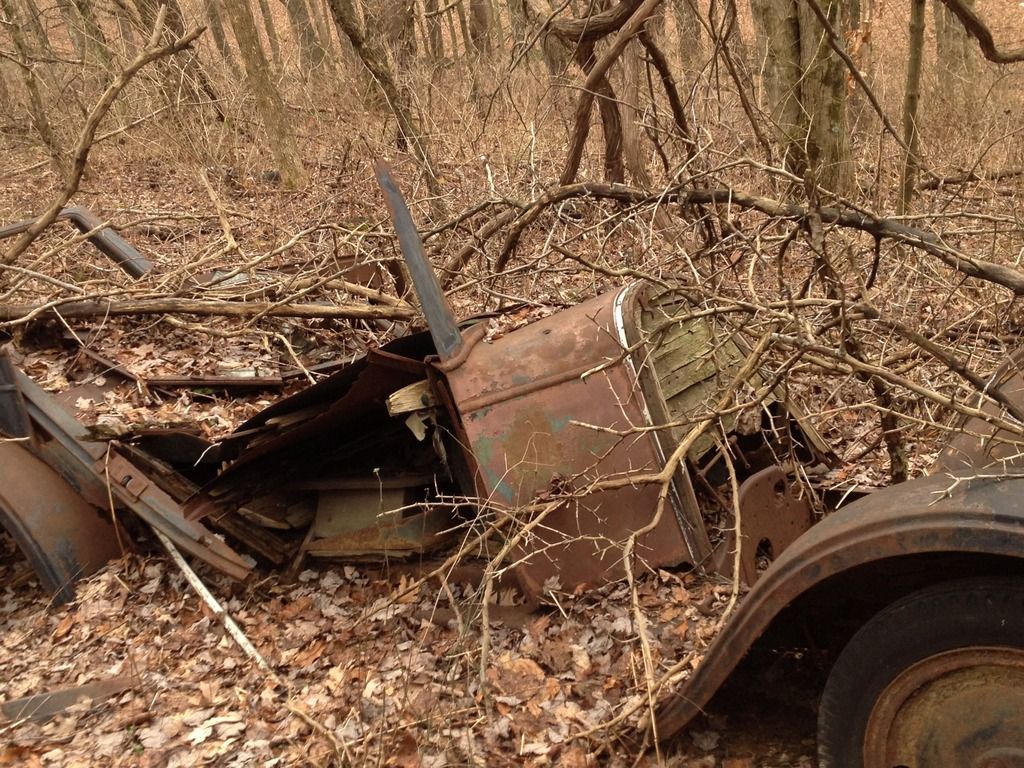 Pretty uncommon to see that kinda stuff in the woods of western Pa, it's all usually fertilizer by now.
Me Grubb was a unique 70ish year old, the conversation with him was interesting. He had a lot of older cars on his property, around the outer perimeter of his scrap yard. I took a lot of pics, none of the cars were salvageable.

I used to work with a guy that had a MG.

First, the guy was too tall/big to have an MG. Picture a Sasquatch in a pedal car.
Second, the dude was as broke as the rest of us and the top on it was in tatters, so he just kept it down.
That's great until you saw him pull out of the parking lot on a cold winter night in January, zooming down the street in a parka with the fuzzy stuff around the hood, an orange scarf around his face, gloves and military surplus goggles and snow piled in the passenger seat.
That was even more comical as seeing him roll into the lot on a rainy day wearing a camo poncho with garbage bags wrapped around his lower legs.

My oldest son had a few of those BMC ( British Motors Corp) cars, and I got sucked into fixing them, which was a constant job. The MG and the Austin Healey types were crap in my opinion.
Road & Track magazine had a funny comment some years ago...like.."the Japanese engines run very well and seem durable, as opposed to the British BMC engines, which sounded like they were coming apart ( which they were ")

My brother-in-law has an MG. It spends 3/4 of its time in the shop.

chevellelaguna wrote:Me Grubb was a unique 70ish year old, the conversation with him was interesting. He had a lot of older cars on his property, around the outer perimeter of his scrap yard. I took a lot of pics, none of the cars were salvageable.

Aye ... that's sad.  I've said it before, but I have a love-hate relationship with those type of pics.  Love seeing the "art" that has formed, but hate seeing the vehicles in that shape.