If you didn't see my intro here is my old Monte. I bought it back about 1988. I had a 72 in high school and always liked them. I had a 65  SS Impala I sold to get this car. Maybe I should have kept it But though it was an original SS car ony about 30% of the original car was left and it had some rust too. So I was looking in the little local advertiser and saw this and had to have it. It's a 74 454 car. I bought it without a carb and a bad transmission. I threw a carb on it to see if it ran for sure after I got it. It sat in storage for a while when i went over seas. Then out in the weather a couple years, then I got my garage built in about 2000 and it's been sitting in there since late 2000 early 2001. Unfortunately mice got in it and made a mess. They did a little wire damage under the hood but I think I got that fixed. I had removed the bumpers to store it when I went over seas. So it has sat about 28 years. It actually fired right up with some fresh gas poured in the carb. Which I bought off Ebay correct to big block car. I was very close to selling it before I started working on it. So close in fact I had a guy supposed to come look at it. If he had had $500 in his pocket it would have been his. He never showed. Then I decided I wanted to see it move under it's own power before I sold it. So here we are. I will drive it some and we'll see. I have a couple more projects so this may be for sale in the next year or two.
So here it is after getting it running and the transmission fixed.

She had a little dirt on her.
So I did get the hose out and get it a bit cleaner.

Then I got my buddy to help me get the bumpers back on. Those things are heavy!

Then some mouse motel renovation

I wanted the NASCAR look so I got old girl some new shoes.

I have no restoration plans. Other than get it street worthy and some NASCAR spoilers on it. I may low buck lower it via heating the springs or getting the old u-bolt style spring collapse-rs/extenders. I was hoping to get time to work on my spoiler today but it didn't happen. Maybe tomorrow. The paint is all but gone. Lots of patina. But from what I've seen some of you guys have worked with it's actually a solid car.
Birth certificate

Thanks for the info you guys have here. It helped with the wheels tire combo.

What size are those tires? I think I might have asked you that already.

Here is what I was able to get done on the spoiler. Thanks to my friends in the HVAC business. They let me borrow their shear and brake. It's two piece. I'll be adding a small pice in the center to tie them together.

Yeah I just poked a bunch of holes in a perfectly good trunk lid.

Looks good! Use old Nascar photos for inspiration. I had a few on here but they are gone.

Cool, any idea what the actual tread width is on those tires? I've emailed all sellers I could find about those tires and no one had any specs other than 275/60. Even dunlop themselves couldnt find any specs.

ant7377 wrote:Looks good! Use old Nascar photos for inspiration. I had a few on here but they are gone.

I have more if I dig around for Nascar inspired build's, this is Ripstick route 73 2004 Site was let go....Last I knew he was still alive and well and still Slinging parts 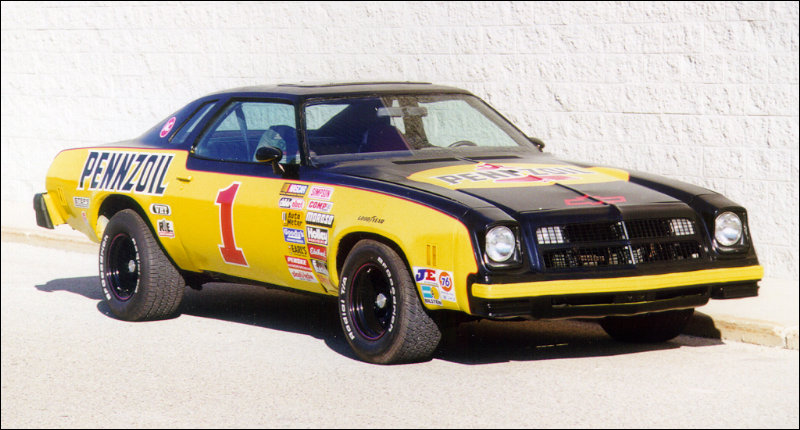 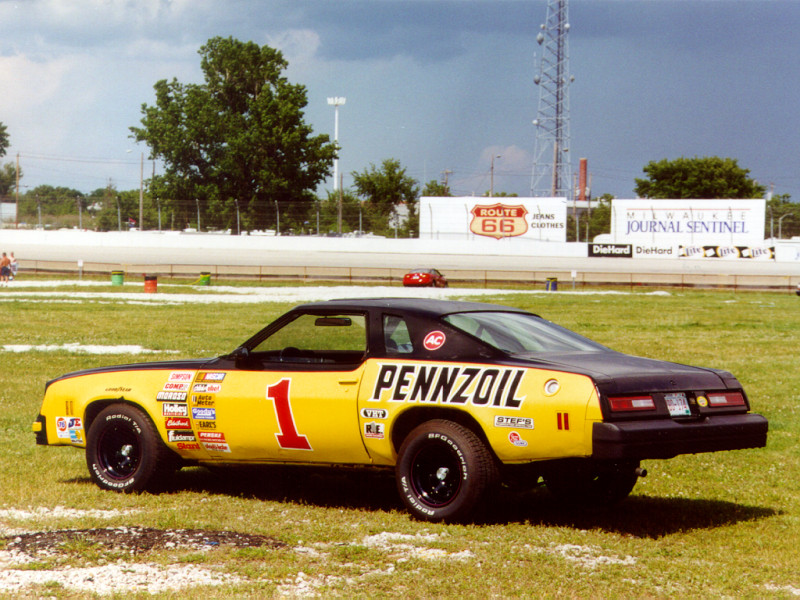 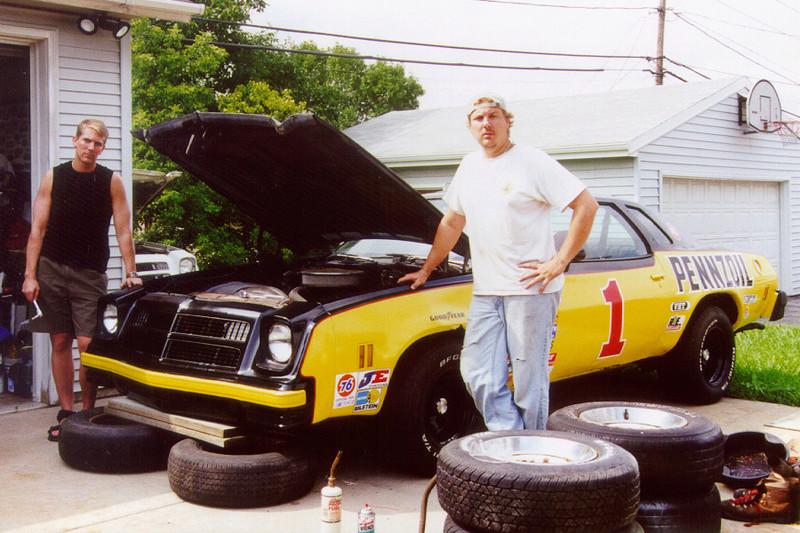 I wish I knew what happened to the ones I put on here years ago . Some were from the early 70s. You don't see too many 73 -75 Nascar pics with Montes most were 76 77. That Chevelle in the above pic needs to be lower the silver one on the Net is dead on.

Here it is with the center piece riveted in.

Kinda hard to see it. It makes it more sturdy though.

ant7377 wrote:Looks good! Use old Nascar photos for inspiration. I had a few on here but they are gone.

I have more if I dig around for Nascar inspired build's,  this is Ripstick route 73 2004 Site was let go....Last I knew he was still alive and well and still Slinging parts

Looks pretty cool. I think it does need lowered a bit.

I may need a couple of braces for it. It looks to me to be a bit to low/long. I'm still deciding if it's right yet.

So I need to get it legal now. Just have to get it insured and pay the license fee. Not sure when that will happen. Still need some fluid changes and stuff to get it more road worthy. I really want to get a new exhaust system on it too. It has rusty old duals of 2 in pipe. I want 2 1/2 in, all the way out the back. Need some more time and some more money.

Get someone to bend the exhaust for you,the kits available suck. I've heard though that a first Gen Montes exhaust works decent with some work. 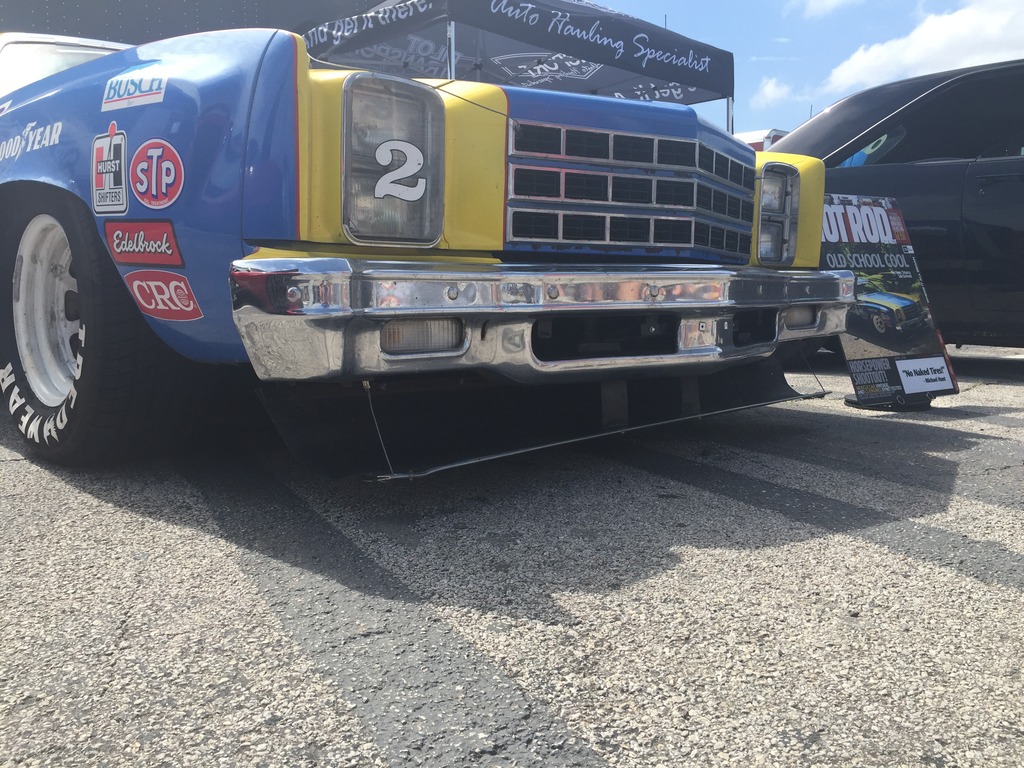 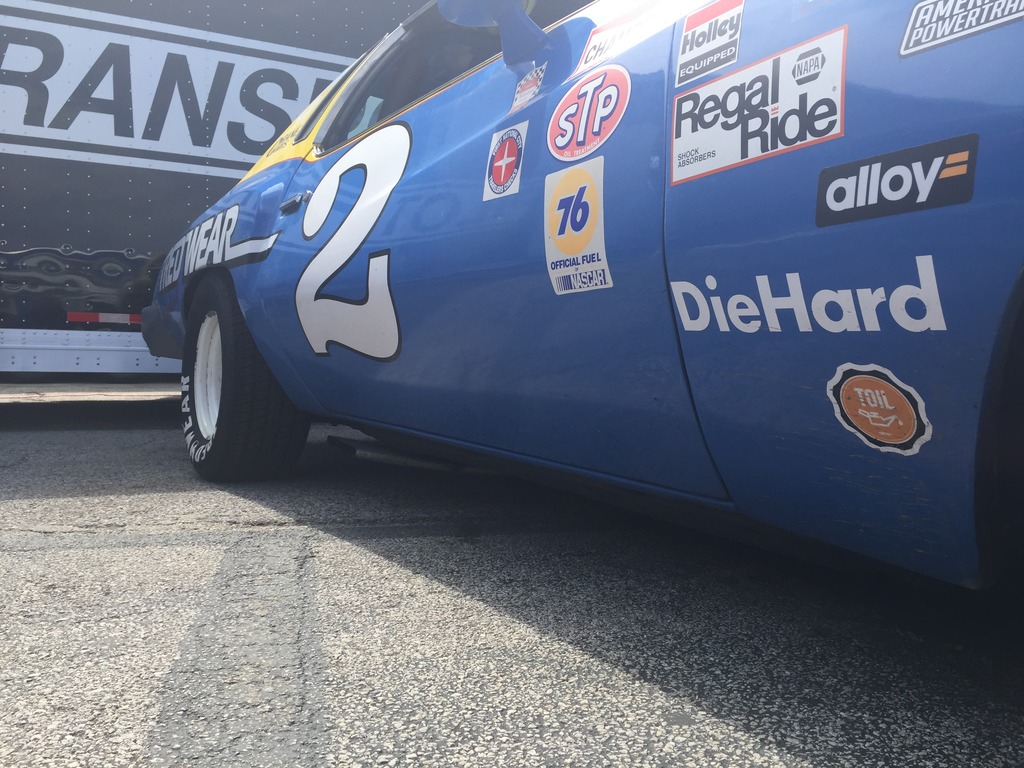 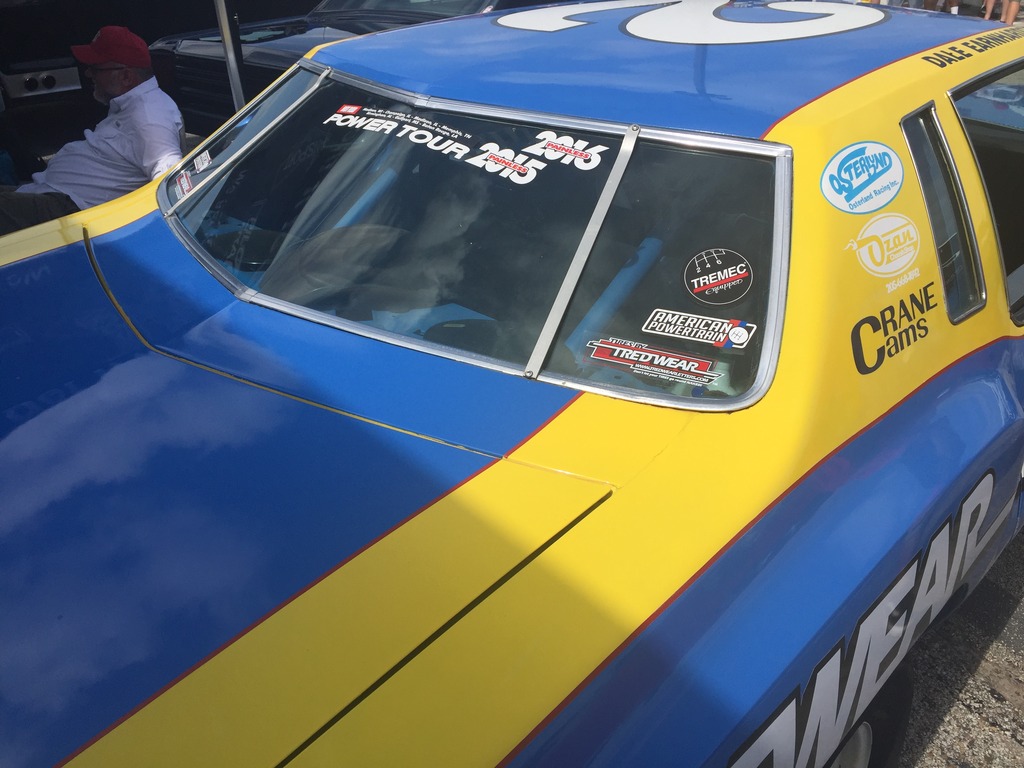 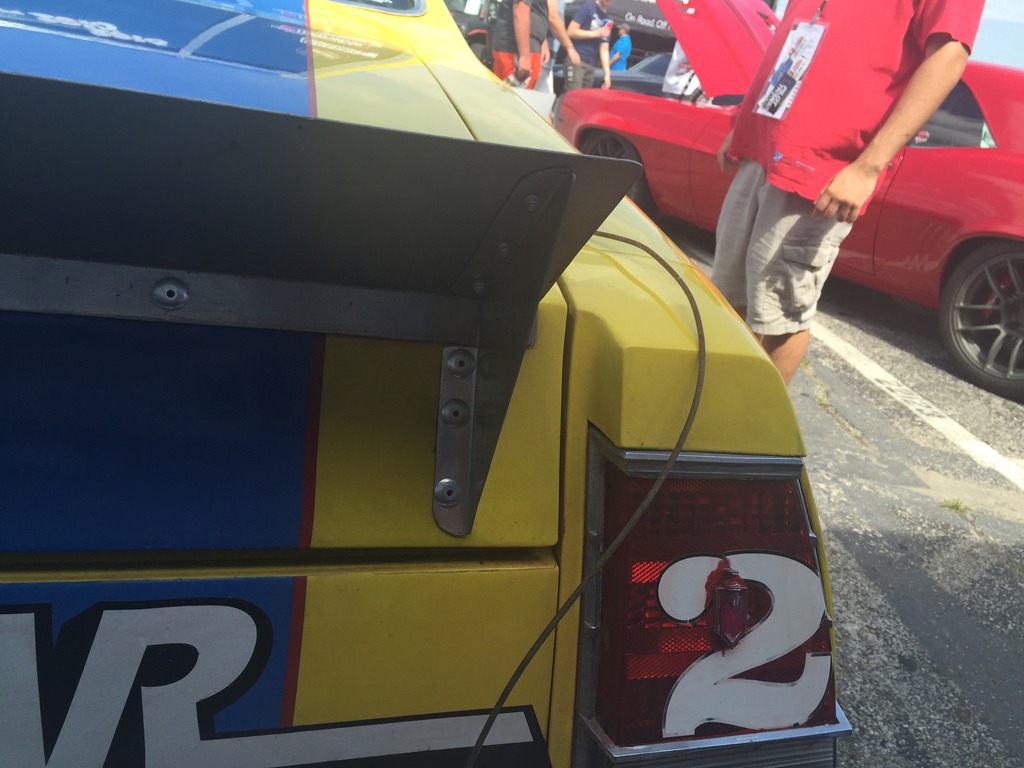 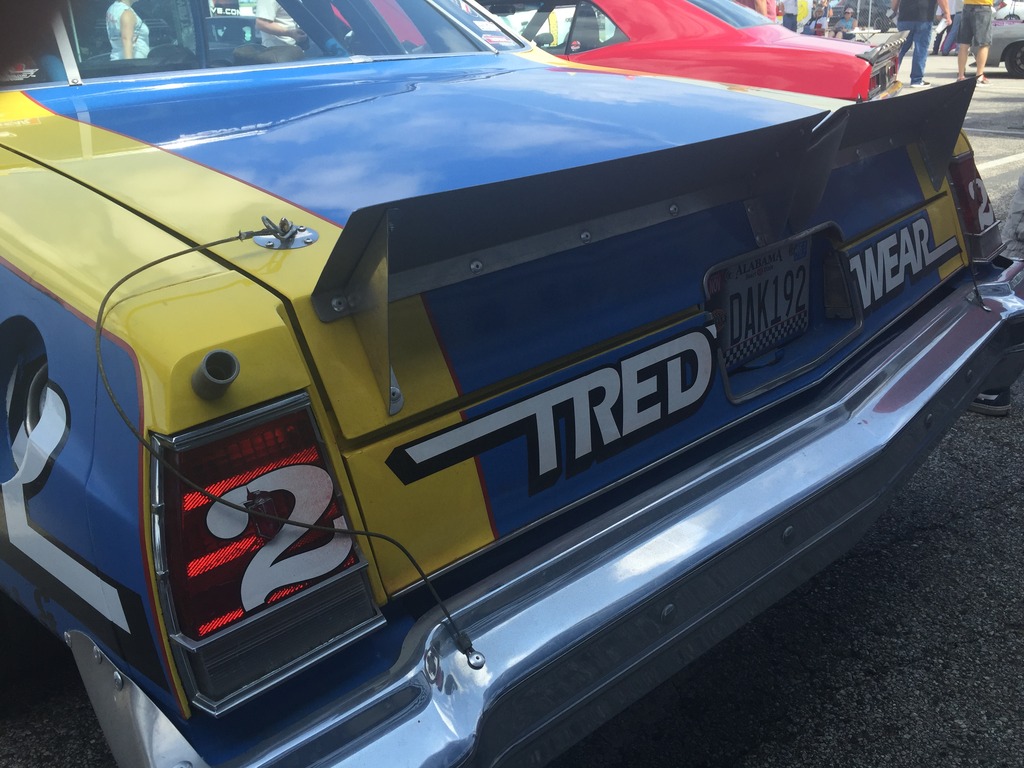 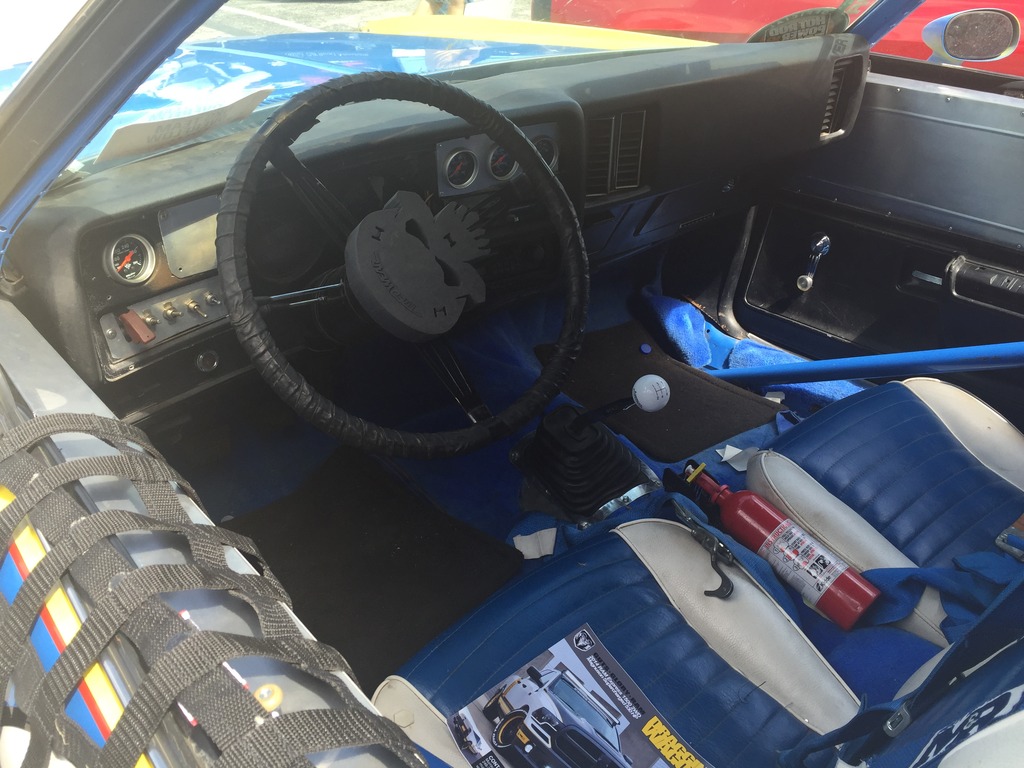 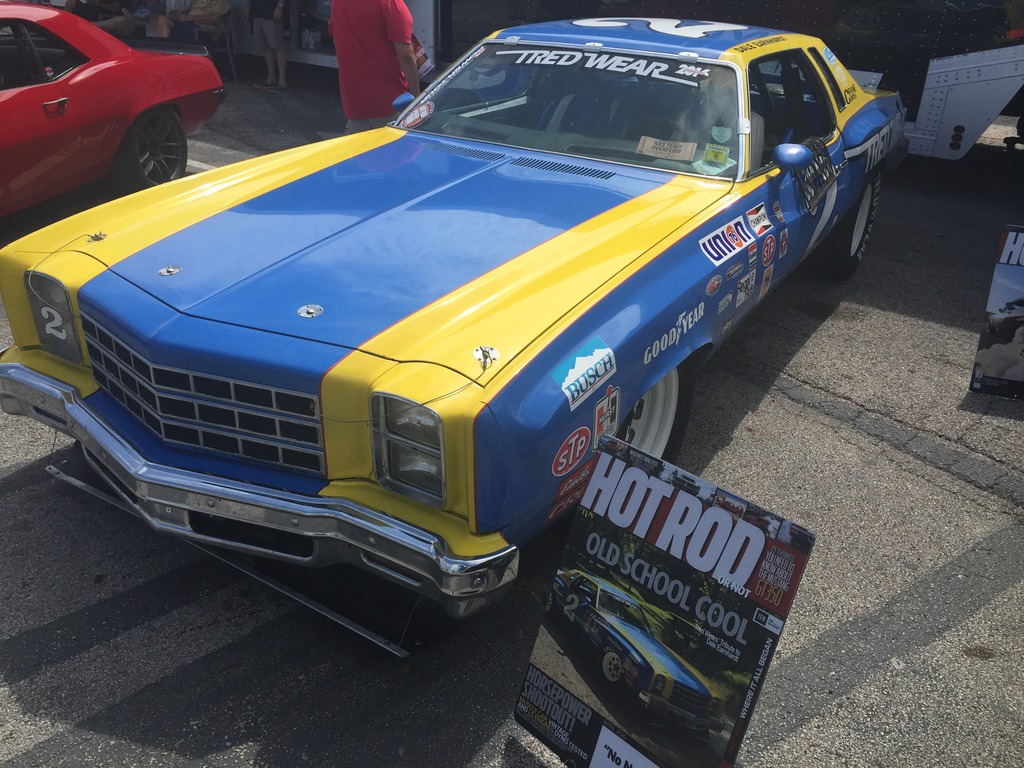 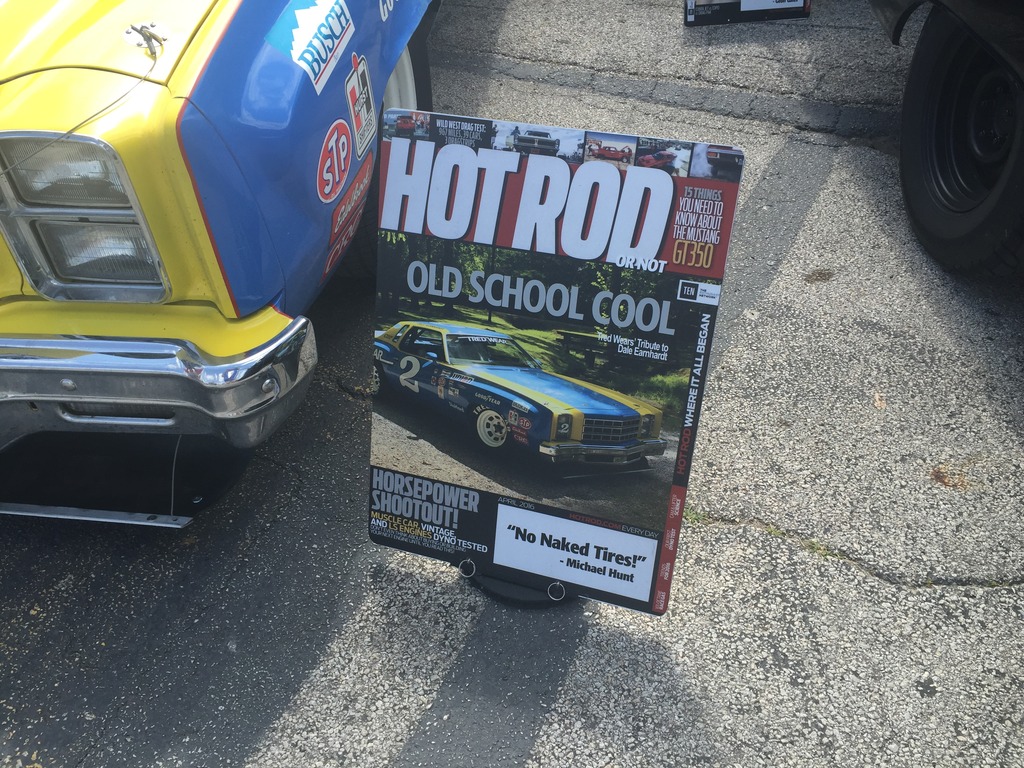 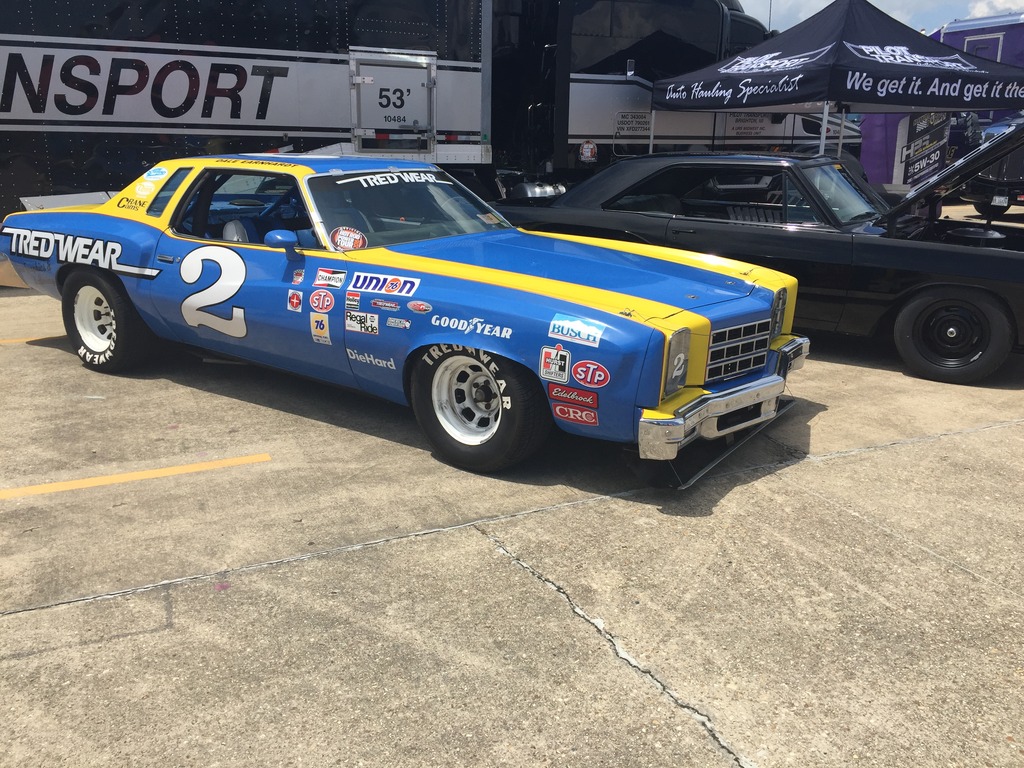 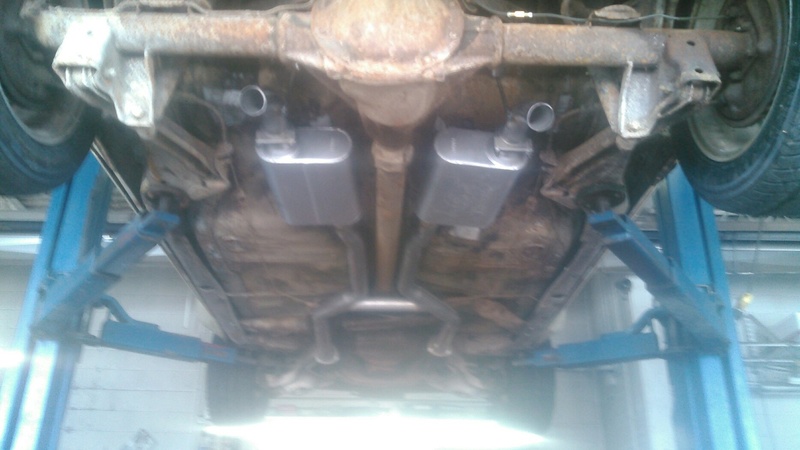 Here's the system I had bent this year. I plan on having it out the back next year. Just trying to figure out how to get it done the way I want it.

I like that 77 NASCAR replica. I'm not going to go that all out as I want to keep some of the original value as a 454 car. I do have a 72 AMC Ambassador that I want to go that far with. It is the same body as a Rebel but with a different grille. Think Chevelle vs Laguna. Rebel being the Laguna and Ambassador the Chevelle.

Here's the system I had bent this year. I plan on having it out the back next year. Just trying to figure out how to get it done the way I want it.

That looks good. I want to go all the way to the back like original. I know the NASCAR look would dictate out in front of the rear tires, but I want the noise out back. I had a Camaro with the pipes like you have there. Longer trips sucked in that car. But it had 24" glass packs. 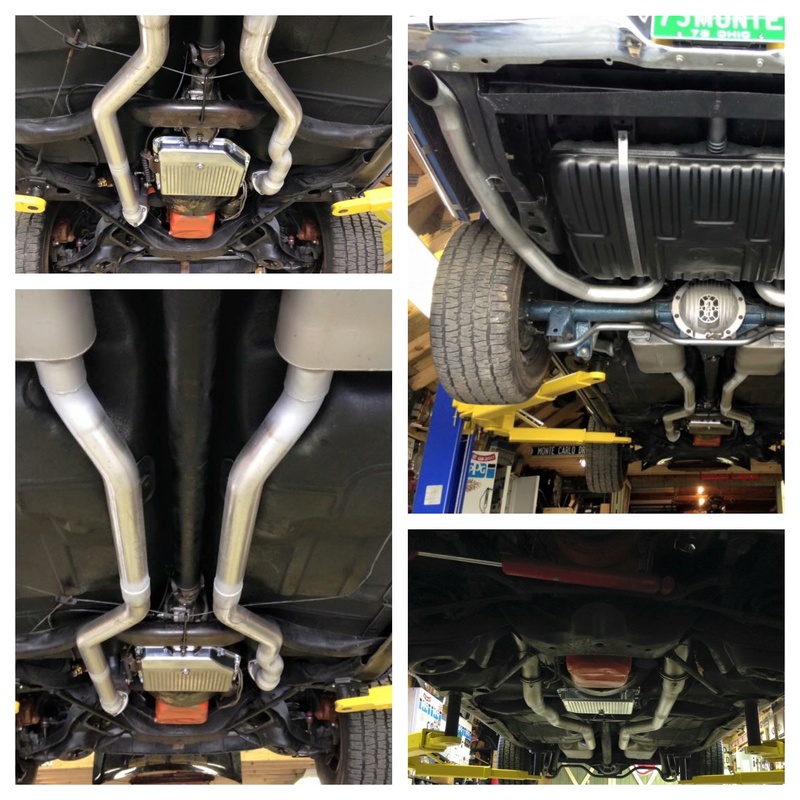 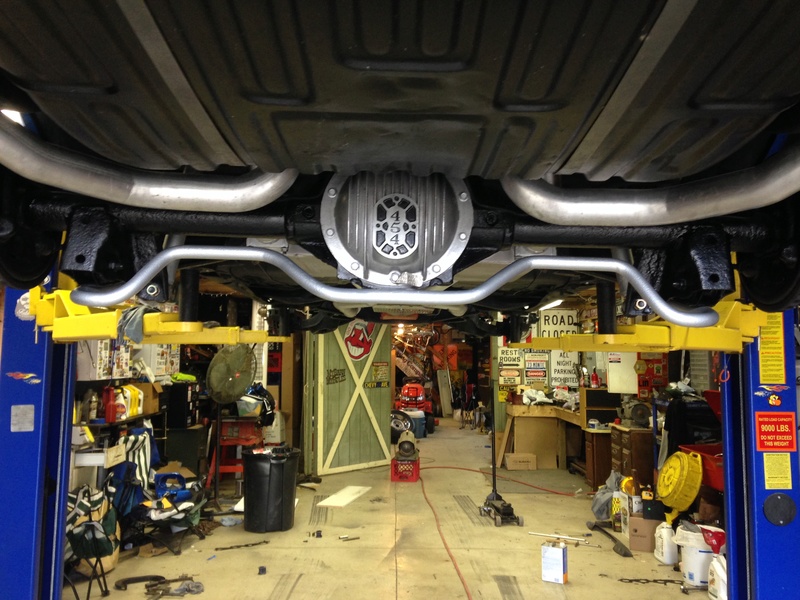 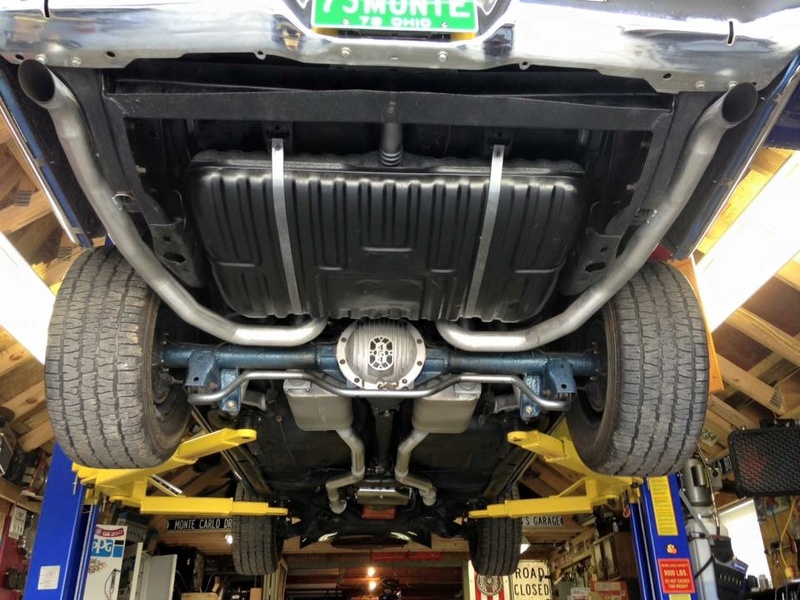 I too, like the way your system turned out Chris. That's pretty much the way I want mine to be, up and out of site from the side. I hate seeing low hanging exhaust pipes. I do have a question about tailpipes by the way. It seems as though a lot of parts from the Impala SS (94-96) seem to fit our cars and have looked at the tail pipes from them. It appears that it might be possible to put them on our cars. Has anyone tried this yet?

Rusty, I have taken mine on a few 100 mile plus cruises in the last couple of weeks and surprisingly it's not all that bad inside, but I would love to have it come out the back as well. I put quite a bit of sound deadening on the floor before I laid the carpet down. That I'm sure helps a bunch.

I love Chris's monte. I believe his exhaust is the Pypes brand and they fit right out of the box. I'm sure he will chime in.

Like that. What did that system run you? And what mufflers did you use?

I'm working on my head light covers. Got them cut out. Now I need to attach them. I'm going to use Velcro tabs. Pics when it's done. Kinda plan on taking it to the Trick or Trunk in the neighborhood. It will be Darrel Cartrip from the movie Cars.