Attended the Monte Nationals this weekend.  73-77 had a low number representation of participants. I get it....they're not the most loved among car enthusiasts!  83-88 making up a large portion of the field with a surprising large turnout as well of front wheel drive variations. Maybe as many as of the 83-88's!  My picture only captures the 73-77 row.  Including mine....only about 13 cars for the 2ND gens. And not many more than that of the beloved 70-72's. 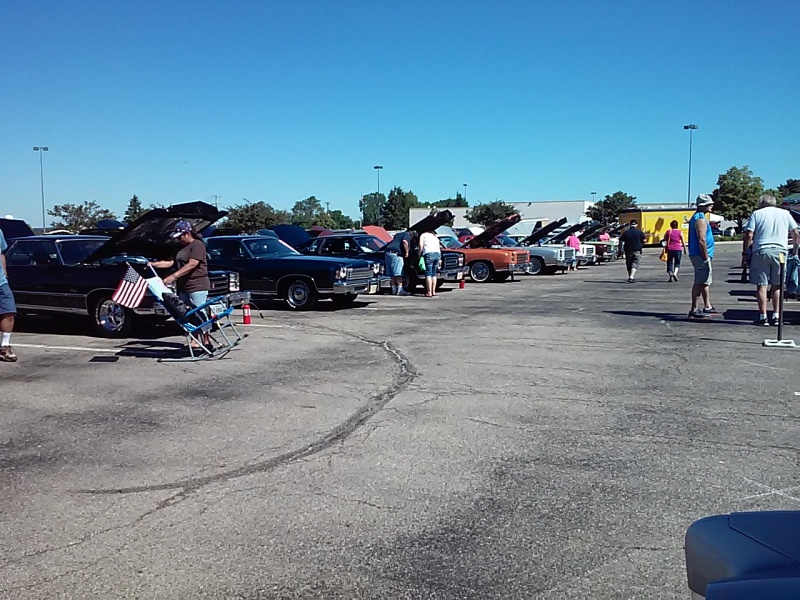 Its easier to own a g body monte and redo what needs to be done parts are more available and a front wheel drive one is still a late model car,need something go to dealer parts department. Looks like some really nice cars there.

I was a member of that national Monte club in the late 80's. It was packed full of 83-88's even back than. I also agree that I hate to see a "show car" that is brand new or that you can walk up the dealers parts counter and get anything you need. The dealers don't have a lot left for the 83-88's anymore, but there is definitely more being reproduced for that era than the 73-77 era.

I was a member, too, for many years, until I had to sell all of mine.

But, even when I was a member, the 4th gens (mainly SSs) had the highest participation levels.

The lower number of 1st gens there this year is somewhat alarming, though not entirely surprising.  Many of the members who owned those have died ... & others have taken up with the 1st gen club, which had a joint event with the NMCOA some years back (2010, perhaps?) ...  which then seemed to sever ties between the 2 groups.  In fact, in 2011, when I did my Coast-to-Coast road trip, I visited both the 1st gen Meets (Western & Eastern) ... & the Eastern meet was the same weekend as the MC Nats ... & in the same general area (Carlisle PA for 1st gen & York PA for Nats).

http://www.oldcarsstronghearts.com/2016/06/21/tuesday-trip-66/
pigValve.paceMaker.cowValve | 1979 Caprice Classic (needs new owner)
"When you slammed the front door shut, a lot of others opened up" __ Chris Daughtry __ 'Over You'

I was at Carlisle when first gen group had their show within the GM carlisle show. Plenty of nice cars.