Re-reading, sorry if I come of as harsh...two hours of sleep.

It was all just surface rust. Treated with eastwood rust convertor then with sealer followed up with some good hard paint on top.

I've built cars all my life. I'm sure more than 1/4 of them got all markers shaved. Traveled all across the US in them. Never been an issue. I'll roll the dice. Lol.

Previous car was full cage outlaw nova. Full lexan, no turn signals, straight exhaust no muffler with procharger sticking up and no hood. Full fat tire slick on the rear. Drove it downtown to police dept to get it inspected. Officer came out and verified everything. Talked to me about it, signed and on my way. He asked why no vin on door and I said aftermarket fiberglass door. No issues. He did ask me if I wore my full five points on the street. Gave me my sticker, walked across the street and had tags 5 min later.

He did ask about wipers and I told him rain x to get me to the side of the road. Got a chuckle.

You are obviously not in NY. Absolutely none of that would have flown here.

One of many reasons I don't live there.

It's got its pluses and minuses, like anything else.

A guy I used to know was from long island & some of the things he said he was busted for shocked me.  The one that sticks out was he was ticketed for "modified exhaust"?!!  Definitely not what I was used to.

thatfnthing wrote:It's got its pluses and minuses, like anything else.

Every time I take my wife it is a huge minus for me in my back pocket. Lol. Don't get me wrong....ky has some really screwed up things too. Like how I pay city taxes and county taxes. Some old grandfathered law. 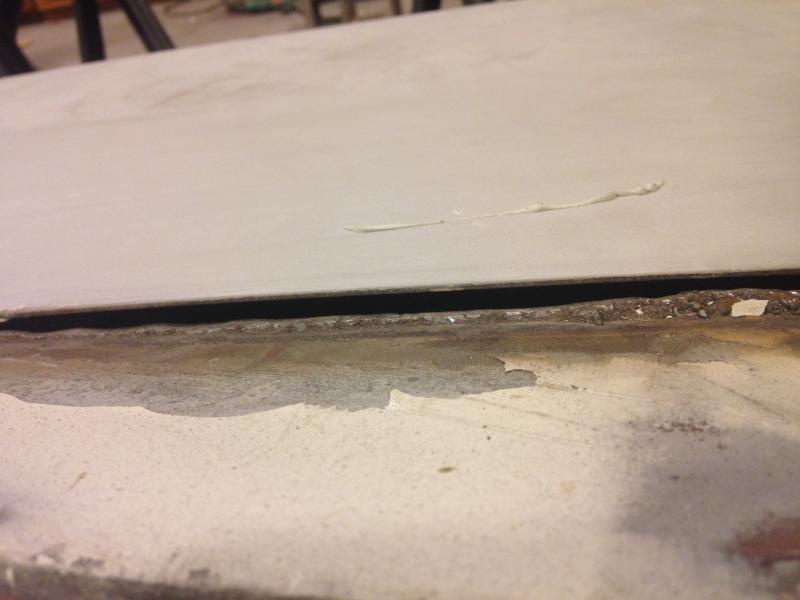 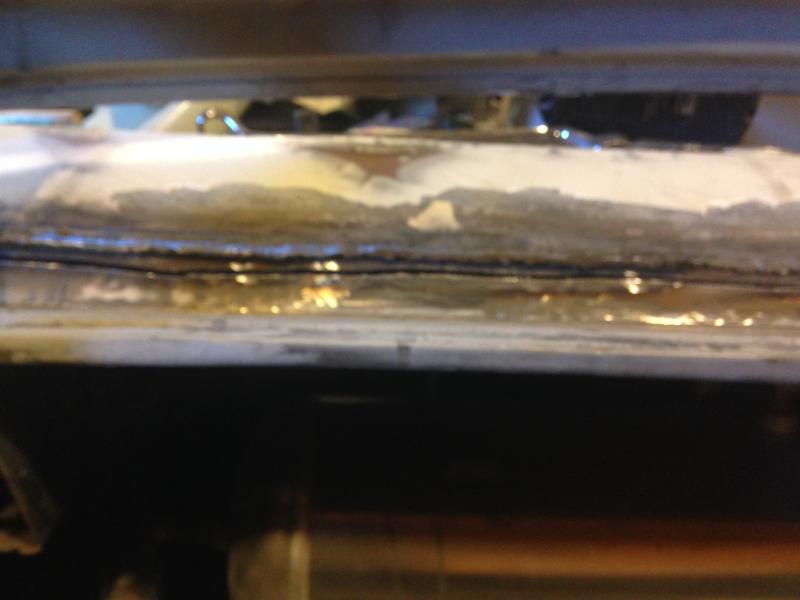 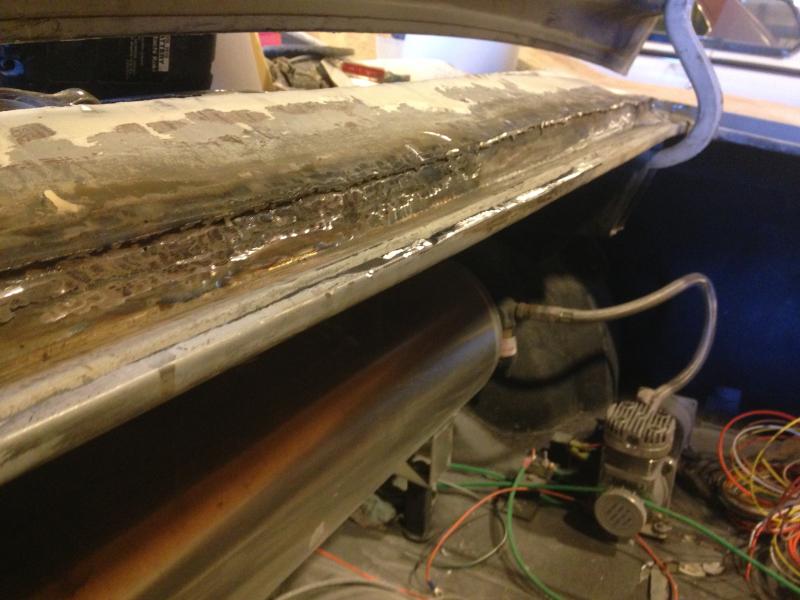 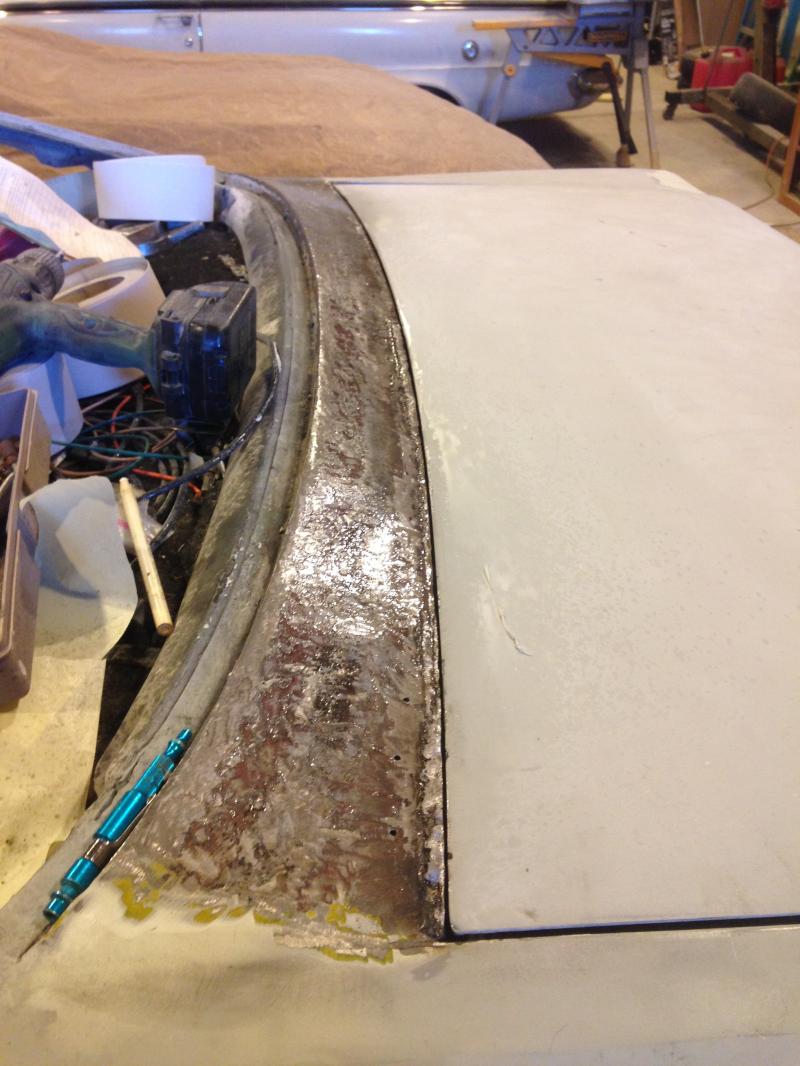 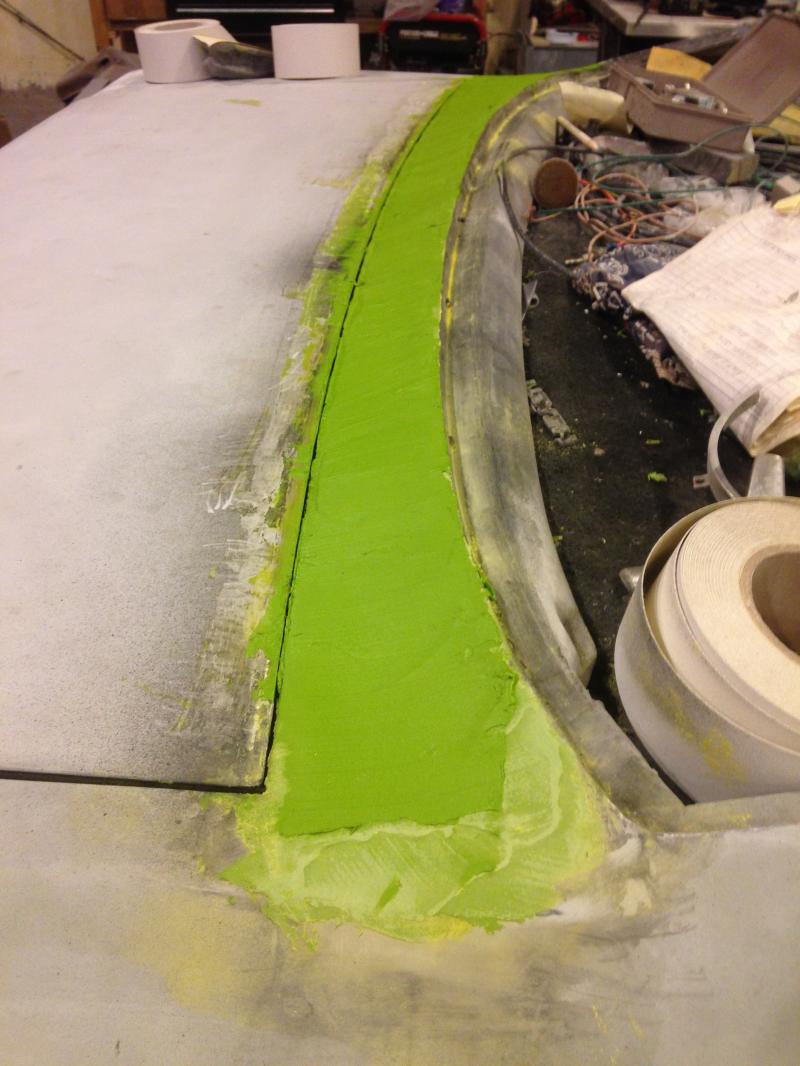 Little progress. Couldn't get the panel between trunk and rear glass to fit right. Wound up cutting a a lot then prying it up level, rewelding and start working. Had to add a weld bead for a lip to get even gap across. Finally starting to take shape. Used zglass metal sliver filler. Mostly for fiberglass but works great on bare metal. Super strong but won't flex and break.

Doors, quarters, fenders, top and some small pieces are all blocked with 320. Need a final block with 600.

Still lots of small things to do before paint but should be ready to shoot some color when weather starts to warm.

That does look like it turned into more work than expected. Good to see you got it licked, though.

for a job well done.
take a break and have a

So after countless thousands of hours my unicorn has color. Been gone for a while with other projects and racing but had still been working as time allowed. Moved up in line at body shop and he has had it for past month doing all the final body work and paint. Has 4 coats of blue metallic pearl Chrysler color and 3 coats of gunmetal pearl for stripes. Then 4 coats of clear on top. Shot the stripe and clear last night. Will get more pics as it comes out of the booth and we move it around but it looks good under the lights.

Very nice job sir. I like the shaved marker lights.

Outstanding color scheme. Dig the blue. One of my favorites.

That paint looks cool! Can't wait to see it all back together. Nice work!