Originally I thought the big quarter windows were a 73 thing. I've seen a few 74's. Mine is a 75 and has them. I don't think I've ever seen another 75 with them? When did they stop? Or were they the base model glass? Did they exist in 76 and 77?

My 1976 Chevelle sales brochure shows one available with the large qtr windows. Don't think I've actually come across one, though. Seem them on '76/'77 Cutlasses (442 and S) and Centurys.

I think it's how the "base" cars came. The Cutlass "S" was a base car for all years from 73 through 77 & the 442 did use the Malibu style fast back. There are a few members here that have them (Rago/The Dude is one I think) but I don't know what year his car is.

I believe they all have them. My '74 Malibu Classic has them, and most of the glass is covered except for the small type windows. It would be major surgery to replace one of those windows, since metal is welded over most of the glass to form the little window frame etc.

pila wrote:I believe they all have them. My '74 Malibu Classic has them, and most of the glass is covered except for the small type windows. It would be major surgery to replace one of those windows, since metal is welded over most of the glass to form the little window frame etc.

I've heard of some cars that have been taken apart that either one side (or both depending on what Fischer shipped out) had the metal stamped for the quarter windows openings to be cut & then the opera style were installed in yet another "stamping" more forward in the roof. My car (1977) is opera window only stamping (maybe because it was born a vinyl top car but I've not seen any evidence of anything to do with "quarter window" sheet metal).

Bill- if I understand your reply- you have actual Qtr glass that is inside the panels and the only part you see is the glass within the opera window opening? I have to say- I have never seen or heard of that and I can't imagine that it's very common. But then again- anything is possible with these cars and there will be 90 more replies from those who have it!

It's commonly referred to as the Y76 option. I've seen it on Lemans, Cutlass and Malibu. First time I came upon one of these cars (1974 Malibu), the vinyl top was rotted away exposing the metal patch panel. Couldn't figure out why anyone would go to the trouble of doing this and fabricating the padded interior insert to cover part of the glass. Then, later learned it was a factory thing. Every one I've seen is readily identified by the triangular padded cover insert used in conjunction with the unique interior sail panels trims. Maybe I'll get a pic to post this week.

A buddy in high school had a &4 or 75, he stripped the vinyle and found full windows under quarter trim?????

Here's how it goes, so I have always always heard it, and talked to others about:

1974 - All BASE MODEL Chevelle Malibus had the triangular windows as well. But, the Chevelle Malibu Classics are what had the small "coach" windows. For the early part of the 1974 model year, GM used the MALIBU body for the MALIBU CLASSIC, and used the patch panels until things were re tooled to make the new "coach" windowed bodies. With that being said...you also could NOT get a Malibu Classic in early 1974 without a vinyl roof.

I hope this clears things up.

Kyle is mostly correct. EVERY base model I have seen or owned (not many true 76-77 Chevelles out there) has had the large quarter windows. Kyle, I'd like to see this base model with opera glass. I'm curious to see the door panels, headlights, grille, dash insert, & trunk area. All are Chevelle specific & didn't come on Malibu Classics. Sorry guys, Malibu Classics are not Chevelles just like a Cutlass S isn't a Supreme....

For those wanting to see a true 76 base model, look up my cars Brown Eye & Black Sunshine or ask Badtemper for pics of his. These are the only ones I've seen that weren't on Ebay or roaming the streets over a decade ago. Even Black Sunshine has been gone for 11 years now.

My title says 1977 Chevrolet "Chevelle" Malibu Classic and that's how I describe the car. They're all Chevelle's, the other stuff is just about trim levels & RPO codes.

Yes, 74montecarlo seems to have the info. Mine was a vinyl top ('74). I replaced it in the mid- 90s ( I've owned it since '90) and the rust back then wasn't bad on the roof, so when I restored it, no rust problem on the roof.They were not too picky with the roof sheet metal either, when using vinyl on the top. Mine needed some work to get flat & smooth. And the welded in panels that covers the big window is still detectable if really looking for them under the paint.

77mali wrote:My title says 1977 Chevrolet "Chevelle" Malibu Classic and that's how I describe the car. They're all Chevelle's, the other stuff is just about trim levels & RPO codes.

Truth, my insurance companies I've been with won't even recognize it as anything but a Chevelle. IMO and as far as know regarding the original intention, it's purely the next trim level above regular "Malibu". It'd be a bit like saying an SS isn't a Chevelle.

That said, I never got the big deal either way. The base Chevelle was, in every generation, the worst car of the bunch. At least as far as options and performance go.

The Dude wrote:Kyle, I'd like to see this base model with opera glass. Want me to find more, lol?

For those who have never seen these covered qtr windows, here is a pictorial showing where the bondo has cracked around the patch panel. Then, a couple inside shots showing the exposed triangular glass and the sail panel trim to cover part of it. 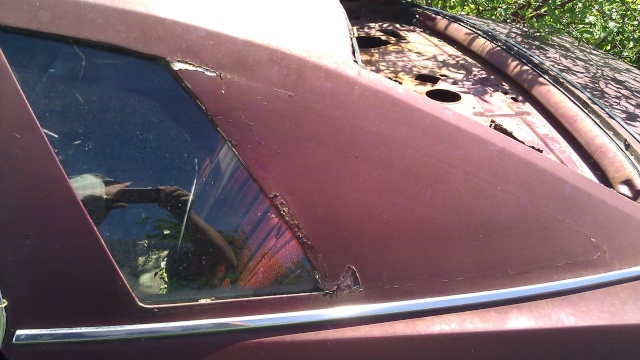 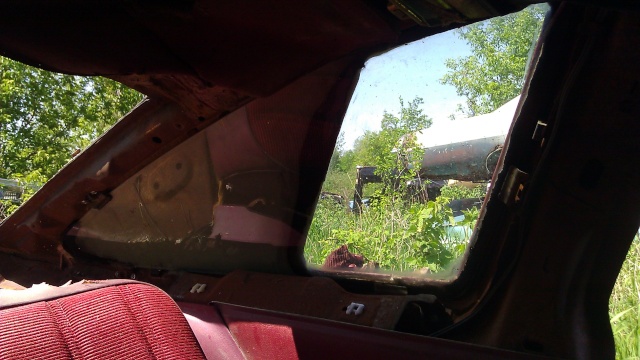 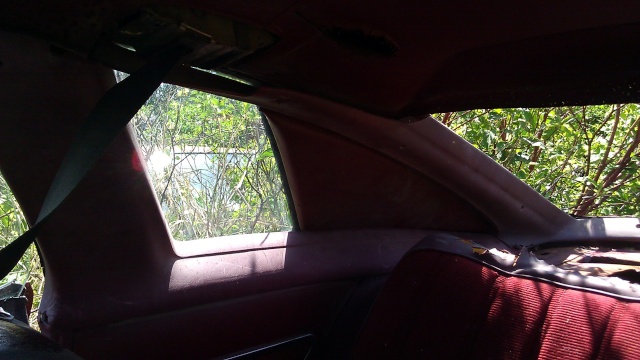 Well...this is a unique example of "hand-building" by the Fischer Body Division. If there were only robots welding on these back then, they may have had to crush the cars.

I can picture some GM executives sitting in a smoke-filled room saying "What are we going to do about these leftover bodies boys?" Pretty innovative solution.