I never thought I'd say or type these words...
"My Monte Carlos are sold."

That is, they'll be gone by the end of this weekend (last of July 2012), unless a "miracle" happens yet this week (don't see that being the case).

But, all of that has/is happening. So, with my MCs gone, it is time to stop prolonging the inevitable & say goodbye.


A few weeks ago, I happened to see the series finale of "Frasier", the popular "Cheers" spin-off. At the end of the episode, Frasier quotes a shortened version of Alfred Lord Tennyson's "Ulysses":
"It may be that the gulfs will wash us down;
It may be we shall touch the Happy Isles,
And though we are not now that strength which in old days
Moved earth and heaven, that which we are, we are—
Made weak by time and fate, but strong in will;
To strive, to seek, to find, and not to yield."

After reciting the poem, Frasier remarks:
"I’ve been thinking about that poem a lot lately, & I think what it says is that, while it’s tempting to play it safe, the more we’re willing to risk, the more alive we are. In the end, what we regret most are the chances we never took."


I've taken chances & let chances slip away. Since I'll be "free-er", maybe it's time to take a few more chances. Saying goodbye is one; life has a way of changing us in ways we never expect. While I am very unhappy right now, perhaps my MCs are better off with new owners. Maybe I'm better off, too; after all, my rear-wheel-drive-only-nameplate Caprice Classic (1979 sedan) remains with me.


It has been a great run, though, owning 5 MCs for 9 years, 1 for ~20 years. I've met many of you in person via my road trips, cruise nights, events & car shows, including the 2008 MidSummer Chitown Gathering, which set a record of 65 people & is the ONLY gathering/event that ALL of my MCs attended together:
http://pics.projectmonte.com/album/12498


Since I'll no longer visit here regularly, if you want to keep in contact, please do via my...


For now, I will continue to own the 3rd generation MC board...
http://thirdgenmontes.proboards.com/index.cgi?

...though, if anyone is interested in taking them over, please let me know.


I think that's it. I'd like to share more, but this post would be too long. Perhaps it IS too long for "goodbye". As a famous sportscaster said at the end of every baseball telecast, "So long, everybody!"

Cort don't be a stranger and it's been 20yrs since I've had my 74 Malibu. And had to wait 17 to find a monte so don't lose faith and wife's job is pretty easy just hot

Cort, you never know whats ahead -you dont,try to keep your head up and every thing happens happens for a reason .Sounds cliche but it isnt. Good luck to you!

Good luck Cort I have enjoyed reading you posts and seeing pics of your travels.

I've had the pleasure of knowing you, Cort, since I joined the A-body Showcase group over in Yahoo! Groups and meeting you in person on your road trip to the Pacific Northwest. I am sorry to see that you're beloved collection of Monte Carlo's have to be sold. These are indeed hard times and we all must do what we need to in order to make it by. Maybe one day, you'll be on the hunt to retrieve your Monte's and reunite them once again. I wish you all the best and hope that things will turn around for you once again.

Hmm...send me more details via Email, please and thank you.

chevy76monteman wrote:I've had the pleasure of knowing you, Cort, since I joined the A-body Showcase group over in Yahoo! Groups and meeting you in person on your road trip to the Pacific Northwest.

That certainly was great to finally meet you, after all these years, Dustin. I'm glad we were able to work it out to meet.


I am amazed by (& somewhat speechless about) the replies here & via Emails/PMs/FB. Thank you doesn't seem to be enough. I know I have support from friends/family (even those who've been silent), but that only goes so far...I don't have a "we". Even so, perhaps "goodbye" is a bit harsh; maybe "see you down the road" is better....


Someone mentioned that maybe my "miracle" is just being alive & I should be happy with that. I can't argue; perhaps life turning around for me is too much to ask. As someone else told me personally, while we are not given more than we can handle, we are, generally given what we deserve. I take that FWIW. Fighting pneumonia, searching for a new job & paying medical bills isn't fun, but I'm still trying to look ahead & keep up hope/spirits/positivity....

The '81 will go to either my parents or sister/bro-in-law.


Meanwhile, in a strange twist of fate, my '79 MC will remain mine, for now. So, I will have a '79 MC & a 1979 Caprice Classic. I will continue the 3rd generation MC board & be active there:
http://thirdgenmontes.proboards.com/index.cgi?

[The 6th generation yahoo group, after consulting with Rob (who created it 12 years ago), will most-likely be closed.] 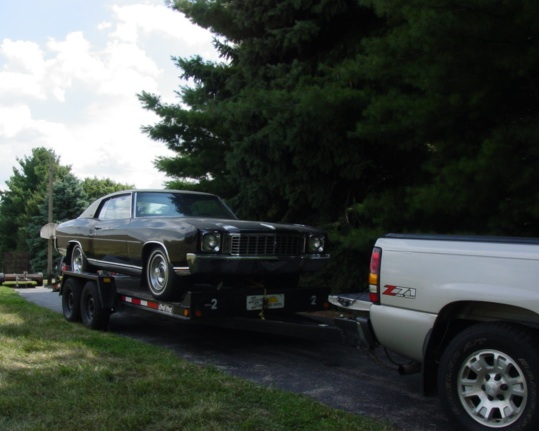 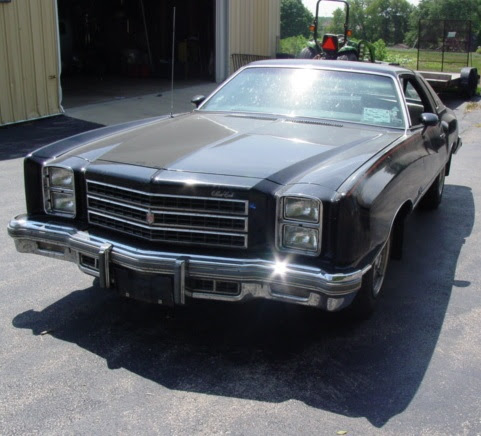 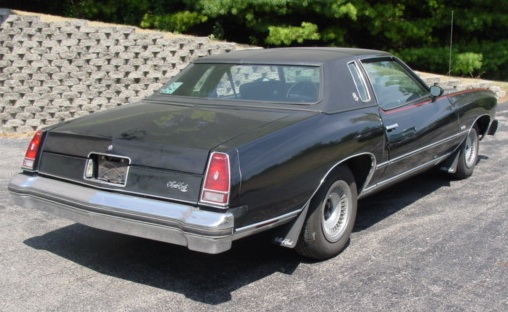 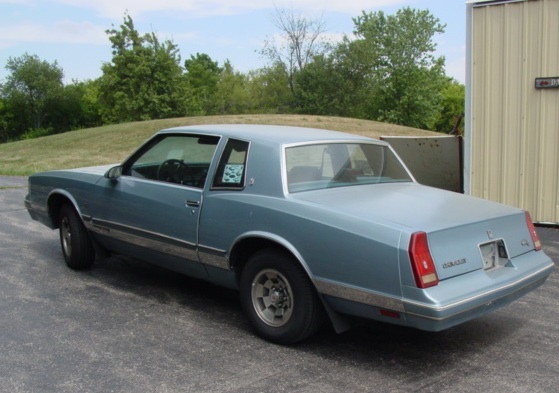 Cort, I am sorry to read that your cars are gone, and how emotional it was for you. I can honestly say, I know how you feel. I would feel the same way if I had to sell either of my cars, especially my Plymouth. Stay strong man.

"Someone mentioned that maybe my "miracle" is just being alive & I should be happy with that. I can't argue; perhaps life turning around for me is too much to ask. As someone else told me personally, while we are not given more than we can handle, we are, generally given what we deserve. I take that FWIW. Fighting pneumonia, searching for a new job & paying medical bills isn't fun, but I'm still trying to look ahead & keep up hope/spirits/positivity...

Cort...I, too, am saddened to have to see you go through this latest series of struggles in your life. There are many things we can't understand. But, one thing I truly believe is that you weren't put on this earth to simply "be alive"! God has a purpose for you; even though it may take a lifetime to understand just what it is. And the suggestion by that "someone" that you have been given just what you deserve is not only insensitive, but a distortion of His message and all that He represents. Keep the faith and stay strong, my friend. Look forward to happier days ahead!

Sorry I got all preachy and hope I didn't offend anyone...