I just saw one today... the final Chevelle performance car. This car used to roll around my old hometown when I was growing up & I haven't seen it in probably 7-8 years. Today I saw it blast down the road in oncoming traffic, so I guess I need to track down the owner & invite them here!

For those of you scratching your heads, there was one more Chevelle worth noting after the Laguna died. It was a 77 only Chevelle called the SE. I don't have a lot of information other than talking to the previous owner years ago when I was in high school. Here is what I remember, somewhat:

- Limited run, only like 500 or less built?
- True performance model - forget the motor, but I believe it was a 350 4bl motor?
- Laguna-like covers on opera window, front air dam (not like a Laguna), sweet looking rear wing!
- This one is white with orange/yellow stripes & SE decals

Anyone else heard of or seen these? Just odd that this is the only one I've seen & most people say the Laguna S-3 was the last performance Chevelle.

The Chevelle SE was NOT a factory produced car. The SE was created by a company in Witchita, Kansas called Special Editions, Inc.
who modified a mere fifty (yes, 50!)

All fifty cars were either black, white or silver and were optioned with a 350/4bbl engine.

We have no idea how many of the original fifty still exist, but we would love to hear from anyone that owns one or knows someone that does. Let's see how many of these ultra-rare cars we can track down. Consider this an offical APB!

these cars had a rear trunk lid spoiler that had CHEVELLE SE on the right hand end of the spoiler. The spoiler had yellow and orange pinstriping about 2 inches wide that went across the rear spoiler and down the sides of the car. Under the front bumper was a fiberglass ground effect type spoiler. One of these cars was delivered to Bill Southern Chevrolet in Newkirk, Oklahoma (no longer in business) and the car was white. I know the name of the original owner, but he doesn't know who owns the car now. The silver one was delivered to Charlie Cannon Chevrolet in Ponca City, Oklahoma (no longer under that name).

Wow, glad I'm not the only one who's seen one. The one running around my area looks just like that pic, but doesn't have turbine wheels. So this would be considered the Yenko Chevelle of the 70's then? Wow, if there were only 50 made, there's probably about 15-20 still in existence if you assume the rate that these cars were thrown away or destroyed. Guess I'll have to find the owner & try to make a score, lol. Either that or find out if there's a rear wing & air dam produced that I could slap on my car.

Ugh, there might be a good reason why you won't see many of those....
Now, on the other hand, if it were a Motion Chevelle, THAT would be the final performance Chevelle! Even if only a handful were made! They were

I don't know, to me they look like a Can Am without the uh... err... "different looking" front end. Hmm, wonder if the spoiler from one of those could be swapped on?

Oh yeah, there was only ONE 73 Motion Chevelle made, so to me another company trying to do the same thing in the "Dark Days" should mean just as much to us G3ers.

Man I hope not! That's were Baldwin messed up. If they would have made some kind of change to help with pricing I think there would have been more rolling around.

Baldwin Motion Chevelle ONE of ONE made then they crushed the idea due to gas crunch coming and lack of interest and customer wanting to spend that kinda loot back then, GO figure 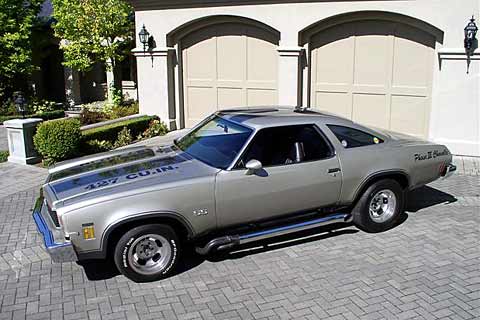 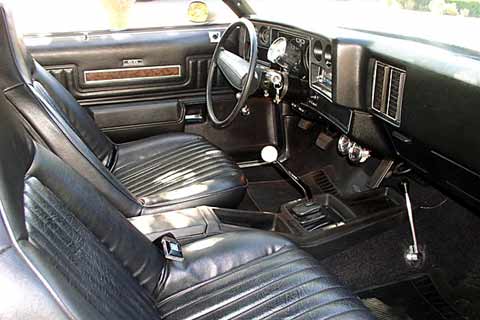 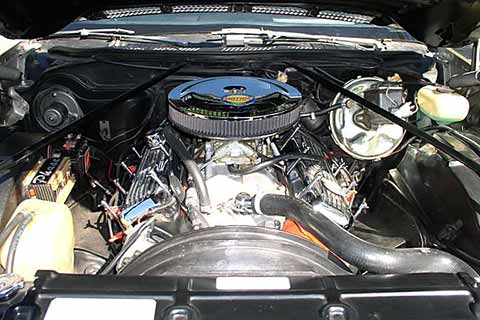 Pretty much what Limey said. Dang, he beat me to it!

If they did build one, they would be the first car to cost more than a Vette in a "factory new" condition

Baldwin Chevrolet, a New York dealership, along
with Motion Performance, created and sold this one
1973 Baldwin-Motion Phase III Chevelle for $12,030.

Limey aka Maligoon wrote:Baldwin Motion Chevelle ONE of ONE made then they crushed the idea due to gas crunch coming and lack of interest and customer wanting to spend that kinda loot back then, GO figure

They say that 73' was the most expensive baldwin build.

And that was the most costly build for them, can you imagine a 70 chevelle cost less.

They spent all of that money on the build & wasn't even kind enough to tuck that ugly 5mph bumper in, ROTFL!

Has anyone been able to find any pics of the SE's other than the one on Doc's page? Now I kinda wanna see one...

If I can track down the one in town, I'll see if the owner will let me take some pics. Maybe they'll join.

Sounds good, hope I can find the car again. I guess we're just about the only two that's seen or heard of an SE on here? Hopefully we can get some more info on this beast.