Any of you guys read this? I like it and read it every month but this month on the back page of the mag. one of the past editors hammers our cars (Tom Shaw). I cant believe he wrote this, as Ive been reading his stuff for years and he always seemed like he just really liked cars and wasnt too particular, but I guess Im wrong. Read it at WalMart or the newstand
Its got a yellow Camaro on the cover.

Smart Car or a Prius,at least the Fiat has a turbo model (Yeah Im sticking up for the Italians)

I wrote him a letter,see what happens.

One time the Mecum boy's (tv side on Velocity), were bad mouthing a G3 on the air, really kind of hating on it. I "Tweeted" on them during the auction that Olds sold more Cutlass' in 77 than Chevy sold Camaro's in 69. I picked the 69 b/c it's always a car they drool over on camera, whether it's stock, resto-mod, whatever. During the last auction on the new channel, there was a 76 Cutlass Supreme that they all had good things to say about. John Kramen even said that back in the day there was one in his family & he always remembered how nice it felt to drive and how much fun it was. My mother always said "If you don't have anything good to say, say nothing". Some people are just "Ignoramuses".

Thats what I put in the letter Paul,that they added to GM's huge fortunes in the 70's. Told him to go drive one then say something.

You should take a pic if the page & post it here, so we can all read what he wrote and e-mail him our opinions of his drivel.

Its out in my car,too cold now Ill go do it tomorrow.

I hate when magazines take the attitude that nothing good was built after '72 until about '86 or so (when mustangs, camaro's. Grand nationals, etc) were new.  I hate when I always here about people praising Good guys events, they have a '72 cutoff....WTF, my '74 has been officially a historical vehicle in Ohio since 1999, but its newer than '72 so they will ignore that it exists.

They dont have a problem with the cars that were unchanged in 73 and up like the Challenger/Cuda or Trans Ams (they dont like Camaros after 73) but anything else gets hammered. What was really the difference from a 72 Sbc or BBC to a 73 ? Maybe 10 HP . They have to promote what advertisers sell. I think its a load of crap. Not to mention they are always crying about the younger generation not being into cars as much,when a shell of a 72 Chevelle is 4 grand and is going to take another 20 just to get it decent what do they expect?

ant7377 wrote: Not to mention they are always crying about the younger generation not being into cars as much,when a shell of a 72 Chevelle is 4 grand and is going to take another 20 just to get it decent what do they expect?

When you think about it, it's almost funny that they don't see that exactly because of this they have become their own worst enemy.  There's plenty of the younger generation that are into cars, as it has been with every other generation since the automobile was invented.  They're just into what they can afford (again, like it's always been), and these geniuses have effectively told them to get lost.  I'm not worried -- every day there are more of us and less of them.  It's only a matter of time before their rag fails unless they stop being stupid, and eventually manufacturers will have to reach the same conclusion if they expect to stay in business. There's only so many '69 Camaros and '70 Chevelles out there.

Yes, and you can get new '57 Chevy's, '67 Mustangs, and '32 and '40 Fords, too. But none of them are cheap, either, since you're starting with the body shell only and you are on the hook for everything else.

All the younger car guys I know (twenty something's) are into imports (Honda civics mostly.  All of them have told me how much they like my '74, and have asked lots of question. I think it boils down to what was cool when you were in high school.  When I was in school you would have been laughed out of the parking lot if you said you wanted to build a Honda.

When I was in school it was a mix of about 50/50 tuners and muscle cars. You can guess where I fell. I think most of my time in school was spent dreaming of fixing up my Chevelle.

Times sure change,when I was in school there were those of us with a Monte or Cutlass but the Camaros and Firebird outnumbered them.

A good buddy of mine saved some $$$ all the way from freshman year and bought a GN in 87 when we graduated.  He put $5K down on the car and it took him all the way through college to pay it off.  Poor kid had no life b/c he had to work to pay insurance, pmt's, gas...etc.  We used to take pity on him and treat him when we all went out to have fun. He still has the GN & it only has about 50 or 60k miles on it.

Turbo Buick is bad A$$,86-87 is so freaking fast I bet it could spank many a new performance car. I know it could woop up on my g8 no problem.  My brother has a black 87 t-type with some bolt on stuff that pulls like a freight train.

I bet it was probably one of the 500 1987 GN "X"'s.  Limited run of factory "hot-rodded" Gn's that ended the age of RWD Buick's.  There are some out there that collectors bought new for about $50k (like $25k over sticker I think), that were squirreled away, barely ever driven & look brand spankin' new.

ant7377 wrote:Turbo Buick is bad A$$,86-87 is so freaking fast I bet it could spank many a new performance car. I know it could woop up on my g8 no problem.  My brother has a black 87 t-type with some bolt on stuff that pulls like a freight train.

Whatever happened to that red one you had Ant?

Everyone is entitled to their own opinion, (opinions are like a$$ holes..everyone has one ) even though a magazine should be careful what they bad-mouth.

Still got it,cant do anything now its too cold. I finally got the brake bowl for that stupid power master brake set up, right after Christmas and its just been to lousy to do anything. I'll get to it when the weather gets a little better,that one is fast too,but not as fast as my brothers.My friend Mike has his 86 GN that he bought new 22,000 miles a 1/4 mile at a time!

I'm feeling nostalgic for 1982. Think I was in 7th grade when this came out. 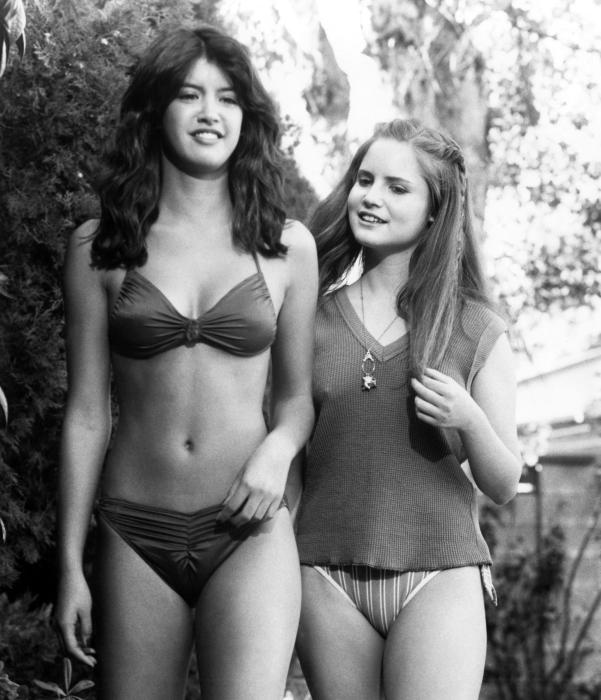