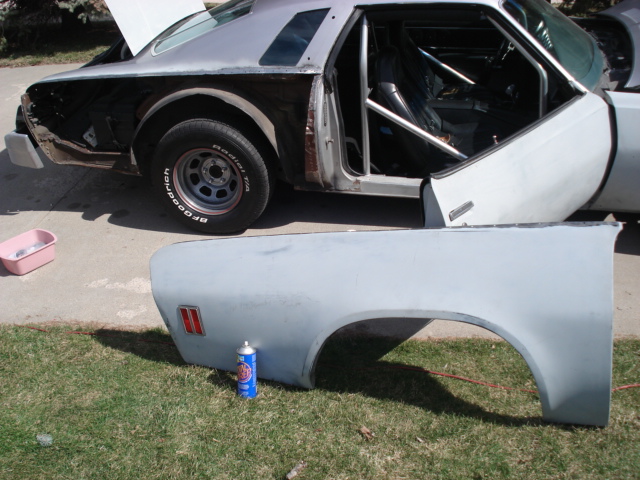 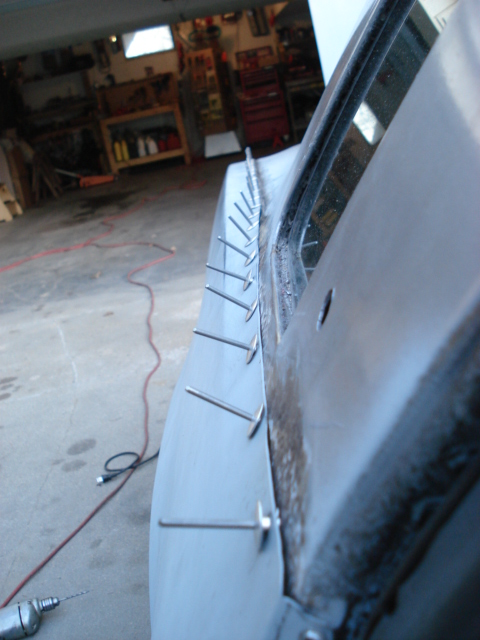 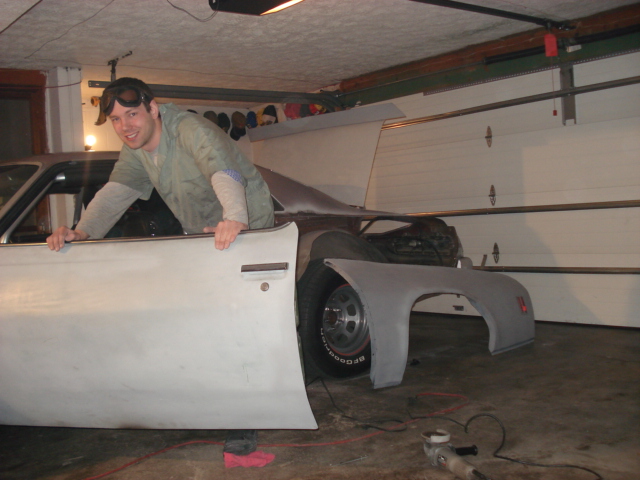 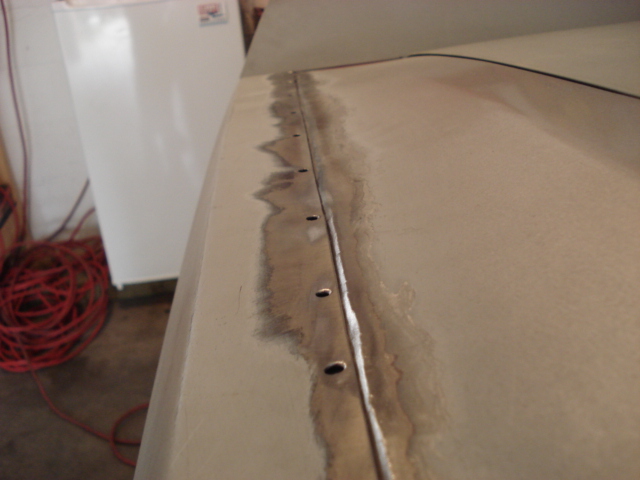 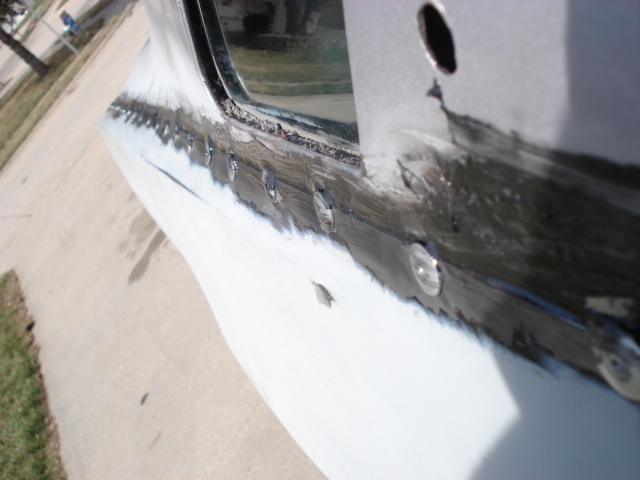 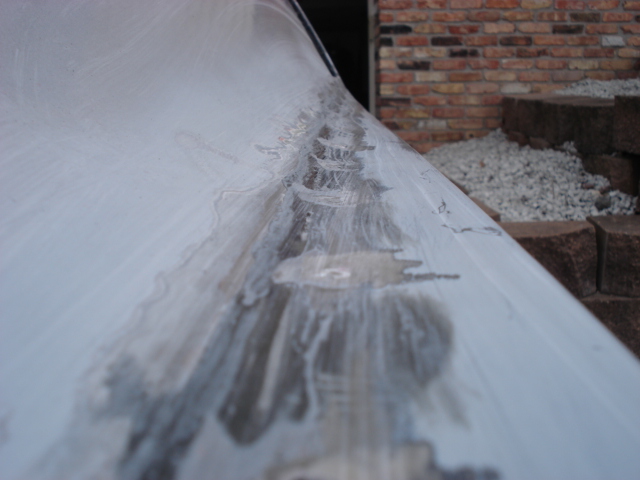 3M quarter panel adhesive. F%$in Strong stuff! Don't take my word for it though. Let it cure overnight then drilled the rivet heads off. 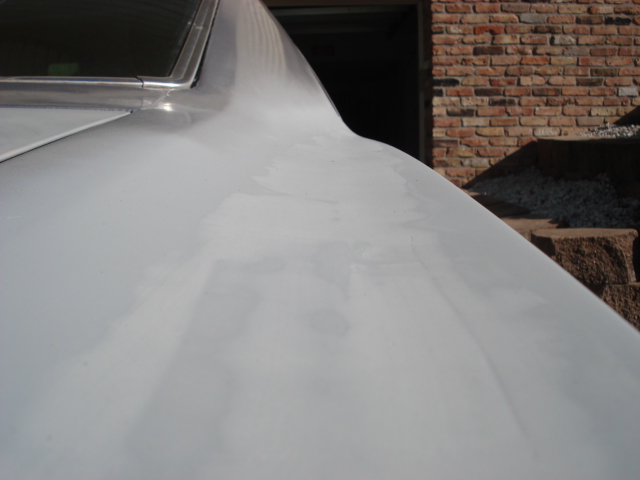 The only bad part of doing these. Had to hand sand this whooole contoured part of the quarter by hand about 3 or 4 inches at a time. Baack and forth trying to keep it all even. Used a 4 inch wood dowel with sandpaper on it. Couldn't do the while top part at once because it curves in every dang direction. Was a pain but after couple weeks got it looking pretty good. 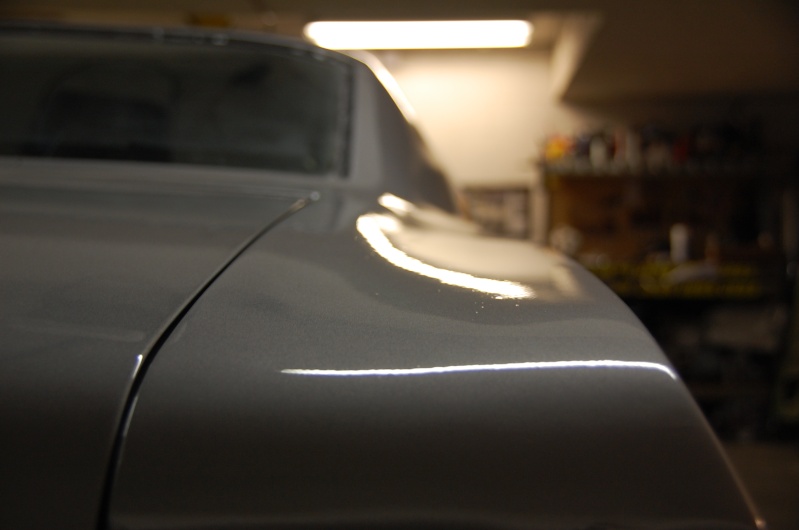 probably not very good by some peoples standards but for a first timer I'm happy with it. 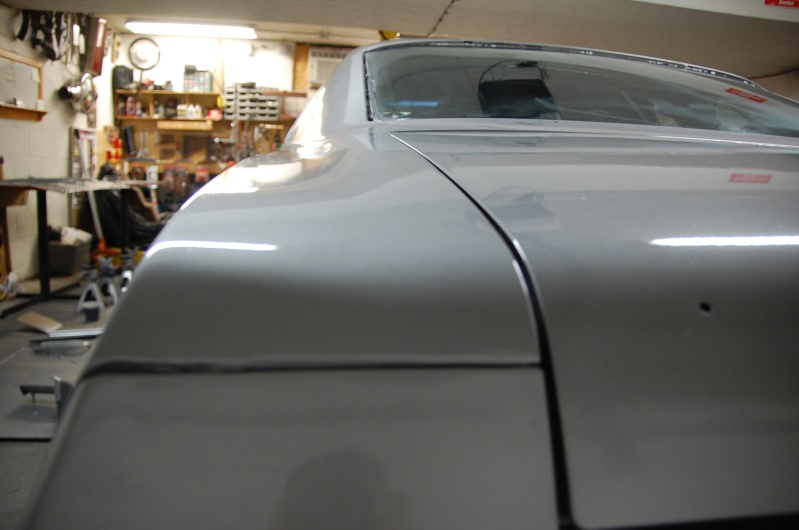 ....and the other side's results 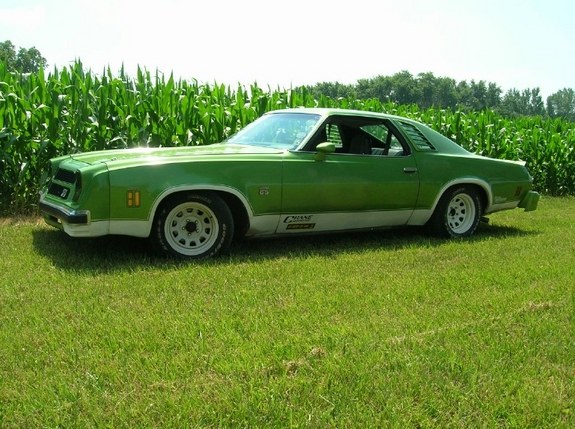 My dad's car a couple years ago. Since then had new doors and quarters put on. Will be painting it like this again in a couple weeks so should have more pics of it then. 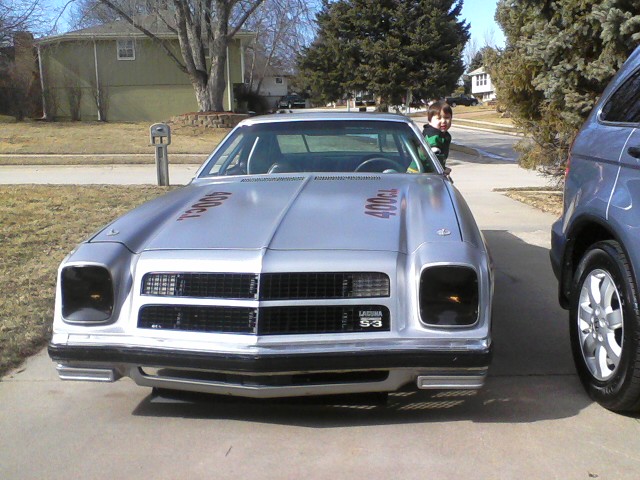 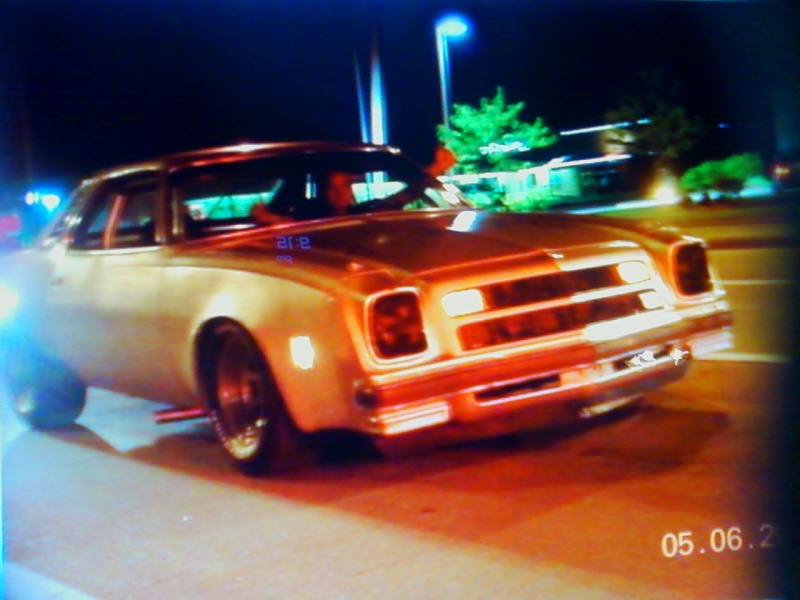 late night cruising. Yes I have headlights I just turned them off for this pic. lol

Very nice & well built.  When I first saw your video I assumed you car was nice cosmetically but more of a "hack job" but I now see you have a lot of time, and quality in there.

Thank you. Though I would agree with anyone who says it's not the best build, or is just so-so. Any hack built parts of this car would most likely be because it's my first time doing most if not all of the work I've done on it and it's the first/only project car I've ever owned. Not to mention it was my daily driver at first for 2 years after highschool. The 454 I built for it was my first engine build ever. And besides asking my dad for advice the only help I had was a book,"how to rebuild the small block chevy", and of course the internet. lol So everything from plastigauging bearings to installing piston rings correctly to learning torque sequences and lapping valves etc etc....was all my first time. And it's been running strong and leak free for 4 years now. I've never been a good body man either so doing the quarter panels and fenders and all that was especially difficult for me. Every panel on that car I have replaced except the roof and the hood from when I originally got it in those pics. So yeah, I know it's not nearly as nice as probably most peoples on here, not that I'm trying to impress anyone. But it's a blast to drive and I've loved learning every bit along the way. Almost always the hard way unfortunately (went through 3 flat tappet cams before bitting the bullet and switching to roller cam). lol But thanks again. Hope it'll look better in 10 or 15 years. lol

Well I love it.  I finally got to see the two videos of it on youtube last night.  Tried to save them to my phone, but couldn't figure out how.  Awesome job, keep up the good work.

I think you may have posted it already, but are those Bassett wheels?

driveit wrote:I think you may have posted it already, but are those Bassett wheels?

Thank you! And yes, they are bassett. Silver painted. My slicks are all on 15x10 with 5" backspacing. And my BFG's are on 15x8 with 3" backspacing.

I would like to have a set of those only in black for mine. Change it up a bit for a while from the rallies. Plus the front ones are warped badly I was told. I have a bit of vibration. I assume that is where it is coming from.

I debated having black but settled for silver. I like that hey look good with the rest of the car and they are pretty cheap for wheels. I think I paid 80 ea. for the 8" and 100 ea. for the 10" ones.

The silver looks perfect with your car. I may look for a set of 8s all around. 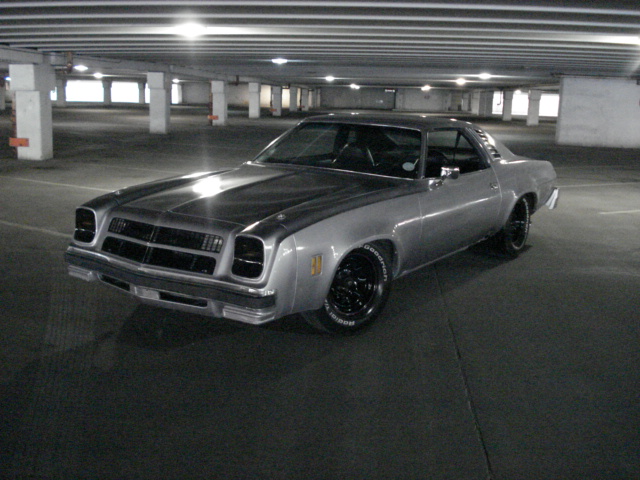 this was a long time ago. I still have these black wheels somewhere. lol And it was before I lowered the front more and radiused the fenders. 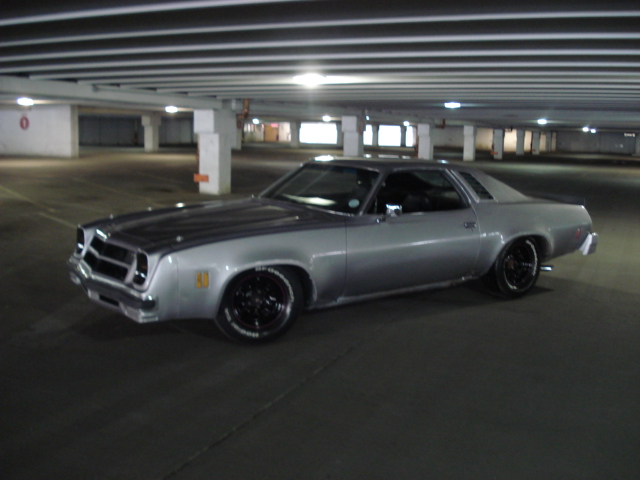 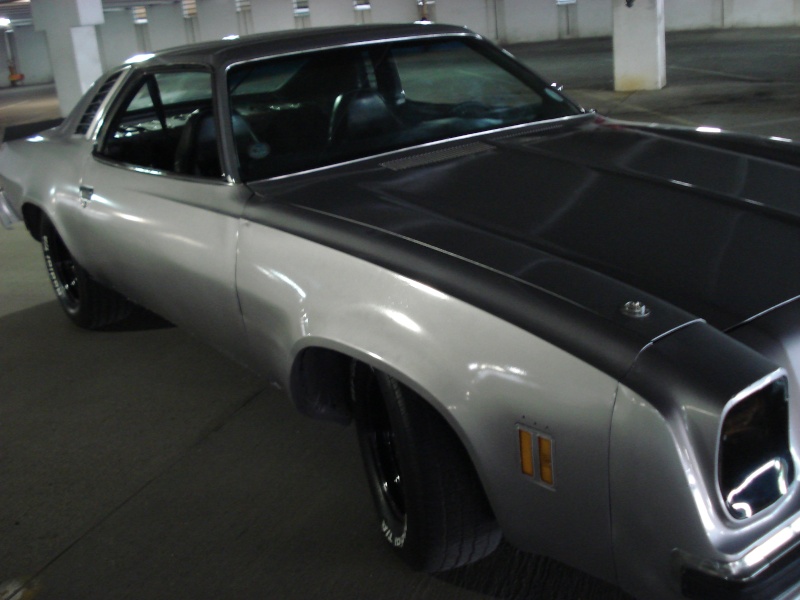 Those are some awesome pics. What are the wheels I can't really tell. I really like the look though. Do you remember the sizes on the wheels and tires in those photos?

I can't remember what size tires. I can probably tell if I see the pic later (doesn't show up on my work computer) But the wheels are just steel D-hole jeep wheels 15x8 all around with 4" backspace. I forget who makes them but pretty much everyone sells them. See them all the time on jeeps and trucks. They have a red and blue pin stripe around the outside.