Was thinking about putting a 4 speed Muncie in my Laguna over the winter while I have my engine pulled out for machining and a rebuild. Didn't realize that our vehicles appear to have 3 different driveshaft lengths for 2 door models, not including El Caminos as they have a longer wheelbase as would a 4 door or wagon. So I did a quick video showing the differences in overall length and yoke sizes which I was not aware of. I thought that the Muncie and the turbo 400 would use the same yoke? Maybe Joe or someone else here on the forum has some input on this? 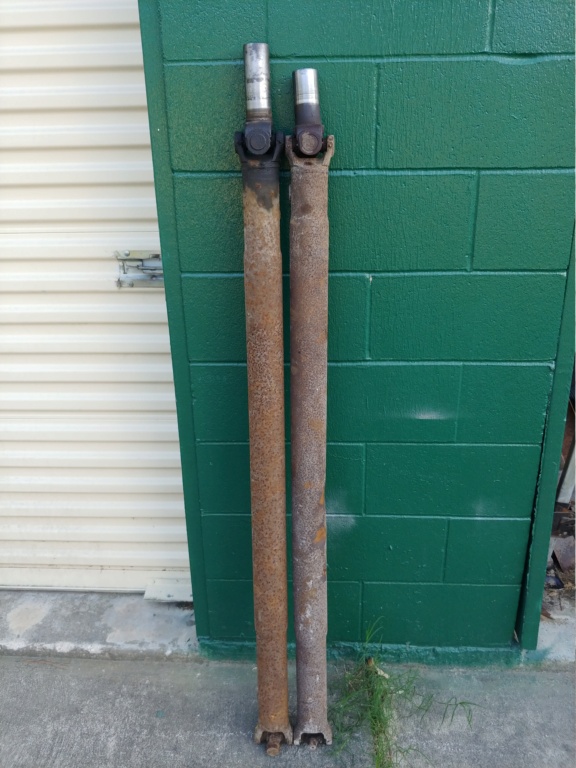 Two different yokes on a muncie were used throughout the years. Early muncies up until 1970 1/2 (changeover year) used a 10 spline input with 27 output. Same yoke was used on all Turbo 350s. And 350 auto to early muncie driveshafts interchange.

Then came the later muncies (usually called 70 to 74 muncies). They are the strongest of the muncies produced. They utilize a 26 spline input and 32 spline output. Turbo 400 also utilizes the 32 spline output yoke, they both use the same yoke. The 70-74 muncies are 3/4" LONGER than early muncies. Usually doesnt make a difference to driveshaft length but its good to verify full suspension travel so that the yoke doesnt bottom out and damage the muncie.

That was awesome. Great answer to the question.