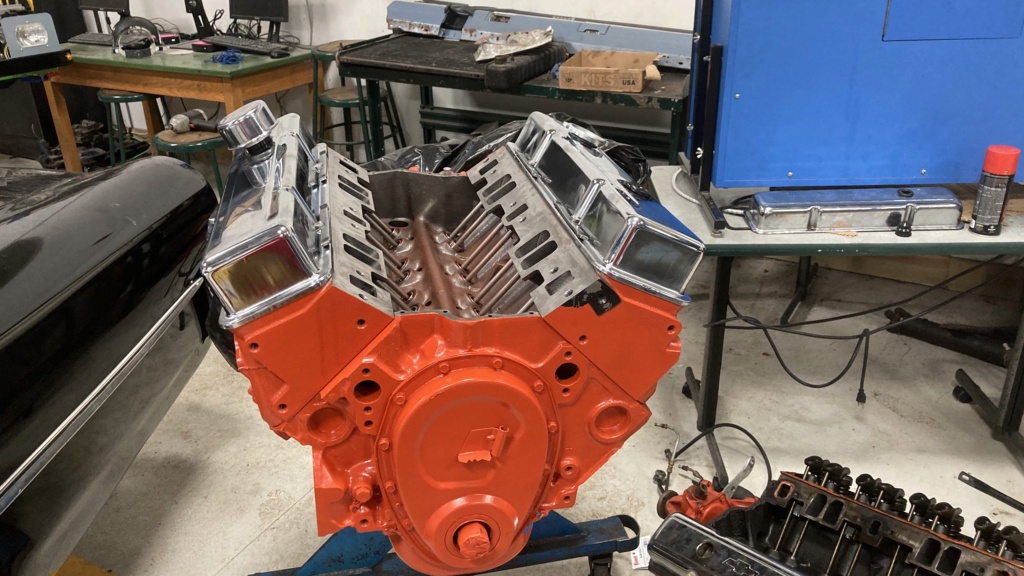 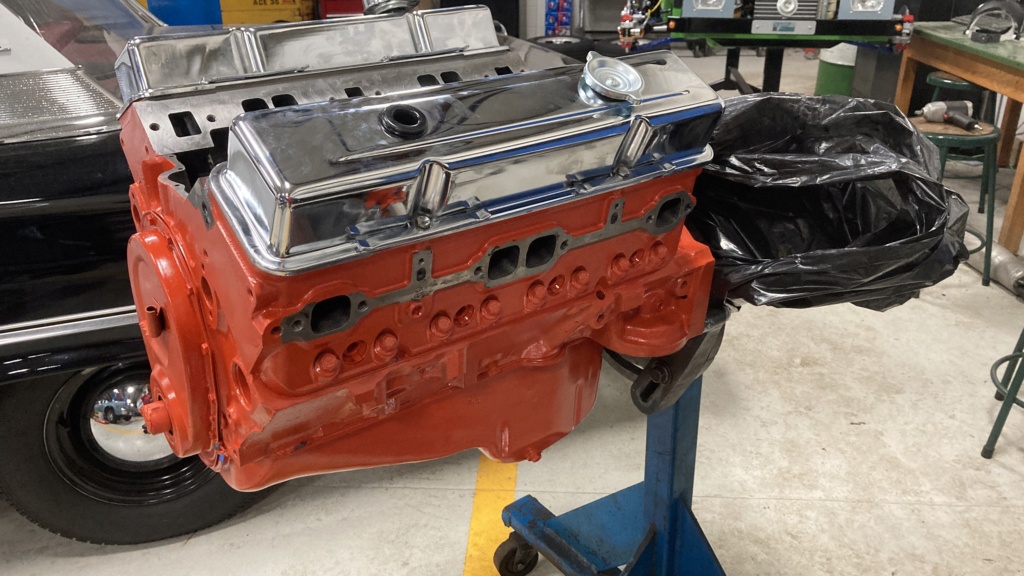 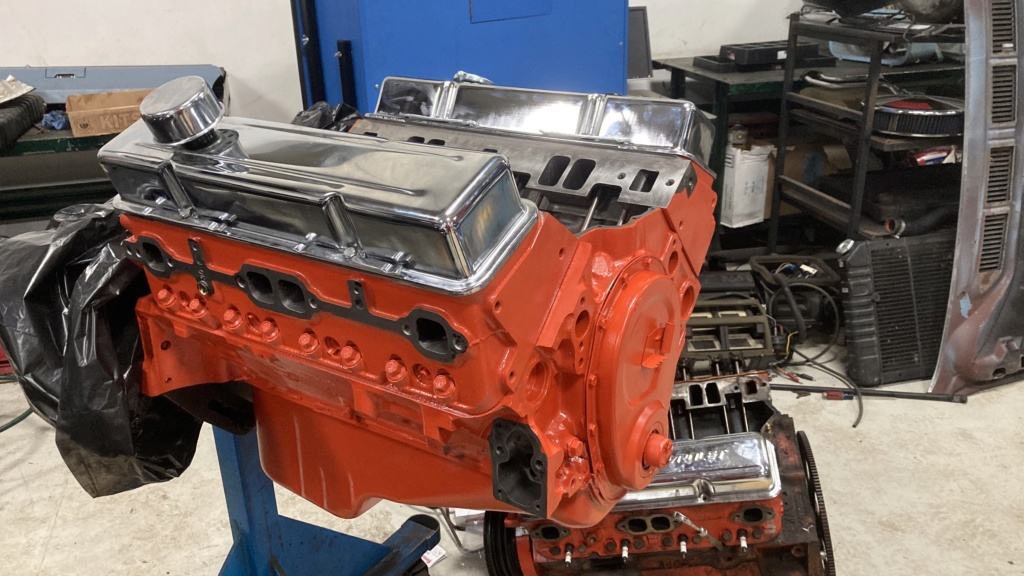 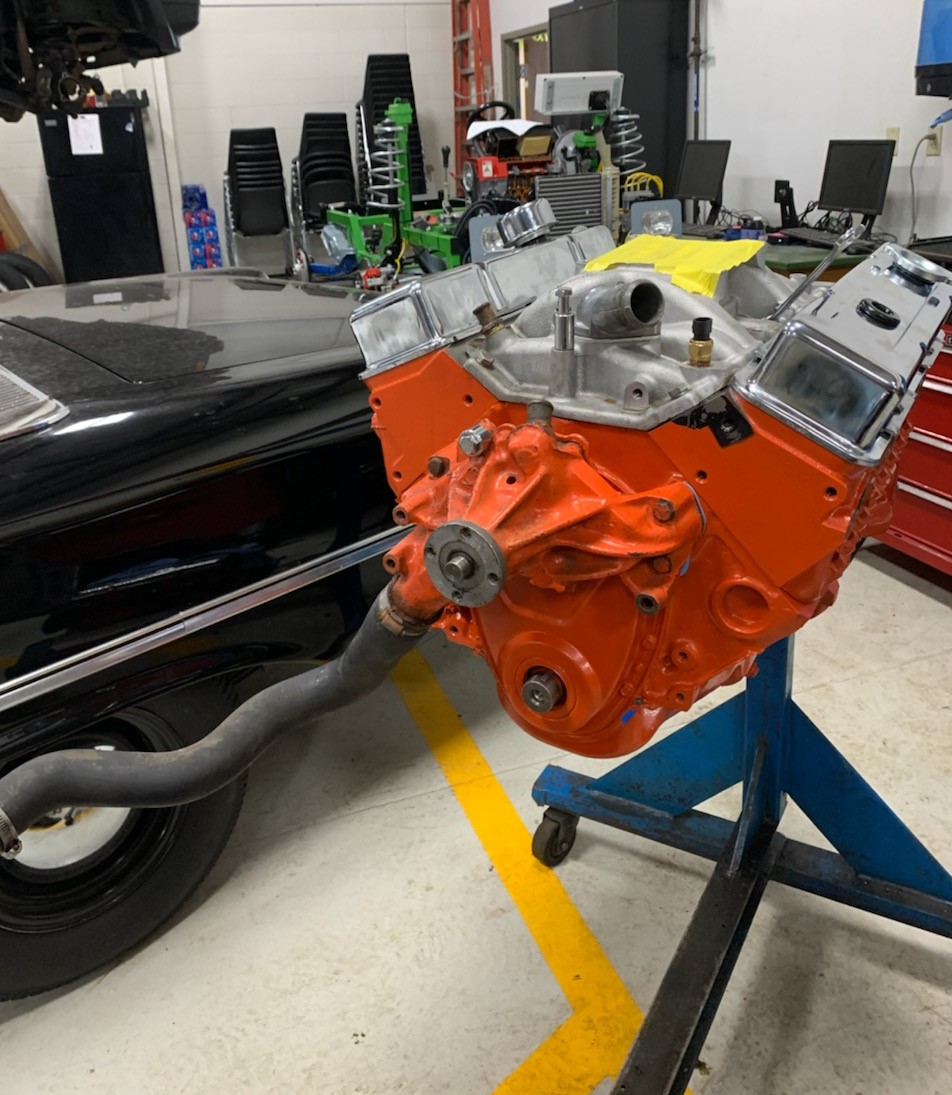 The engine swap wasn't in the plan until next year, but Wayne, the class instructor, had need of project for his students this semester so it worked out!  On his suggestion, I purchased a "Stock Performance" remanufactured engine from Jasper...stock #337116.  AT 300HP it will have twice the power of the original powerplant.

The 45-year old engine was starting to burn oil and fouled a set of spark plugs so its days were numbered. 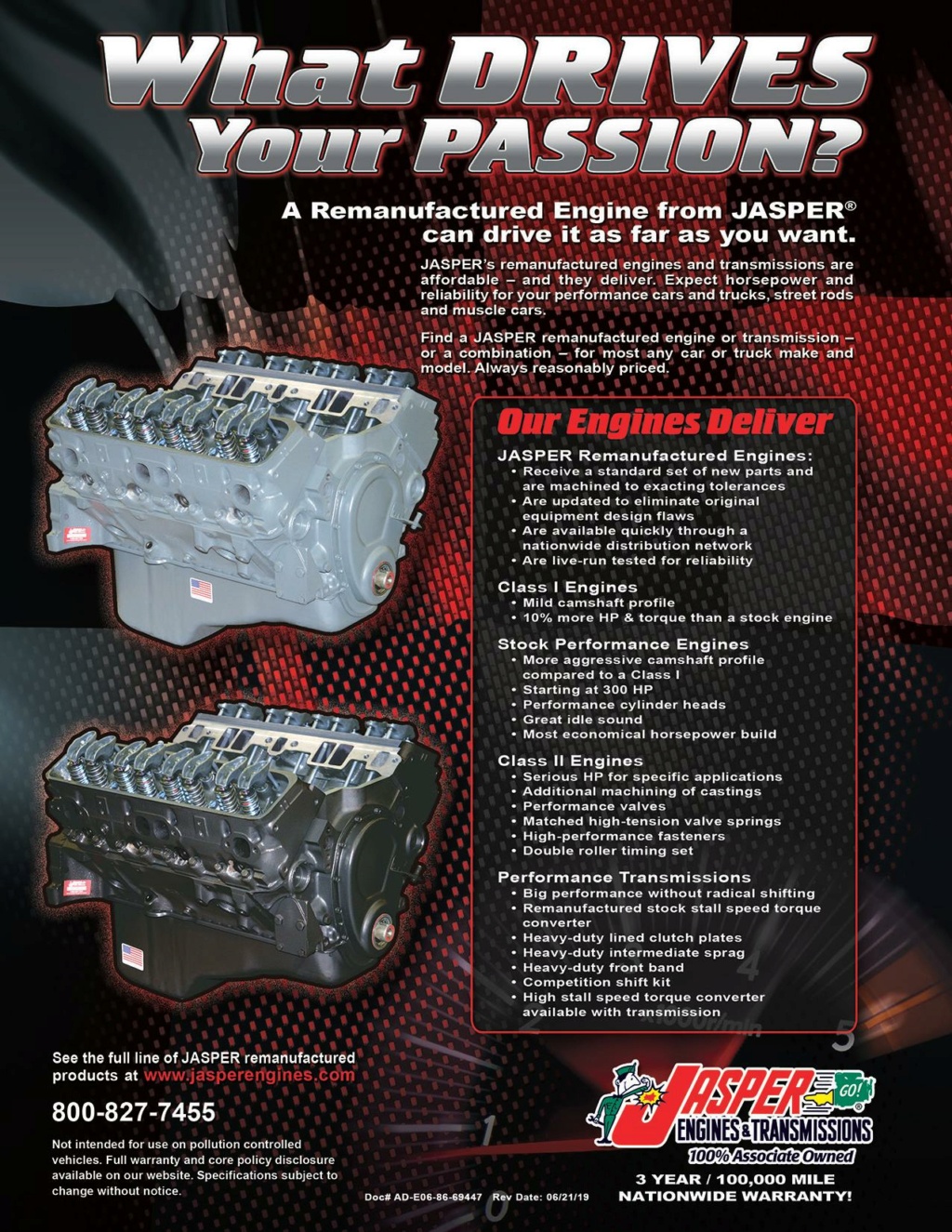 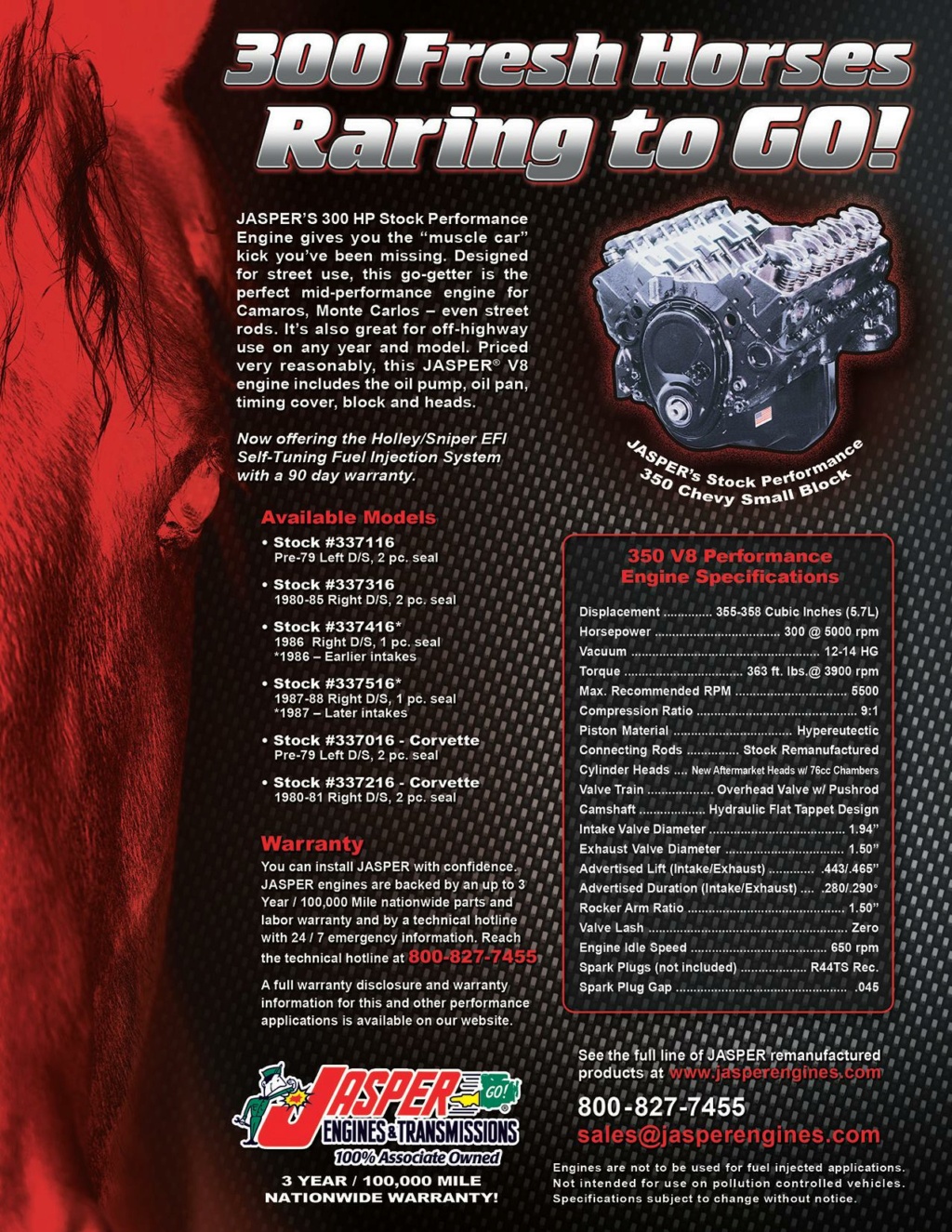 Nice! That will make your wagon really come alive!

shooo dang, have I had a roller coaster for the last year.  The station wagon has now had three engines in it and it seems like the third is the charm.

My employer's Automotive Service Technology students took on an engine swap at the start of our Fall semester in September 2020. On the recommendation of the program director Wayne I ordered an engine from Jasper Engines & Transmissions.  It cost about $3600 with his discount.  It was a gamble to let the students even begin the project because no one knew if they would be in class for the full semester AND we were already scheduled for a semester that would end before Thanksgiving, losing a few weeks compared to a normal semester. The students got most of the work done and I got a chance to drive it but was disheartened to see smoke pouring out the back and a stream of oil running out on the floor.  A loose plug on the side of the block was the culprit.  It was sealed and did not leak again (from that spot, at least!)  Over December and into January I finished what I could and the instructors did the rest.

In January, I noticed an ominous ticking one day while letting it run inside the auto tech building. Wayne came by and quieted it with a rocker arm adjustment...seemed odd that this would require an adjustment after 5 miles. I next drove it in March and it continued to smoke and leak oil from about 5 places. It went back to the students. It sat another month and mid-April the students took it apart to locate the multiple oil leaks. At this time it was determined that one cylinder was dead and the exhaust valve was stuck open because....the lifter was mushroomed on the cam side and was not activating the pushrod!  The cam lobe was probably flattened too so the engine was pulled two weeks before the semester ended and a new engine ordered under warranty.

Engine #3 arrived May 6 (and was not painted orange as we directed, another bad sign). It was finally operational after Memorial Day, but those dummies at Jasper put the wrong gasket on the oil pan, so it leaked from the front as soon as the pan was full of oil.  Wayne filled the gap with some RTV sealant and, so far, that has worked.

I've driven it 500-750 miles and the worst thing that's happened is a dead FiTech fuel pump (don't get me started on FiTech!

) that left me stranded 5 miles from home.

I also have finally had all of the old doors replaced with NOS doors...that's a been a dream since I was a teenager driving this car to school in 1989!

Based on the errors Jasper made I am hard-pressed to give them a strong endorsement and I can certainly say NEVER order anything from FiTech. I got suckered by their low prices and should have bought a more expensive and reputable brand. 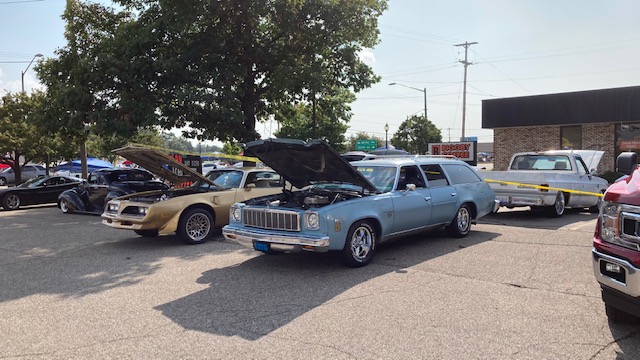 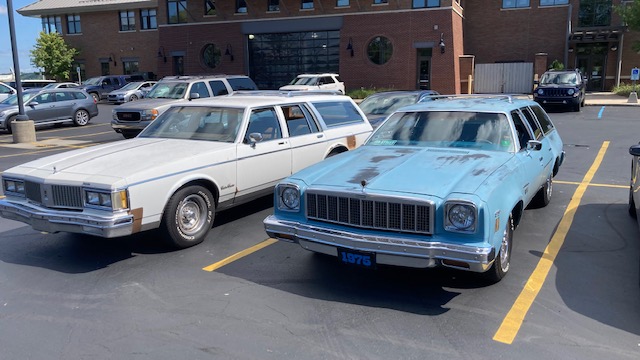 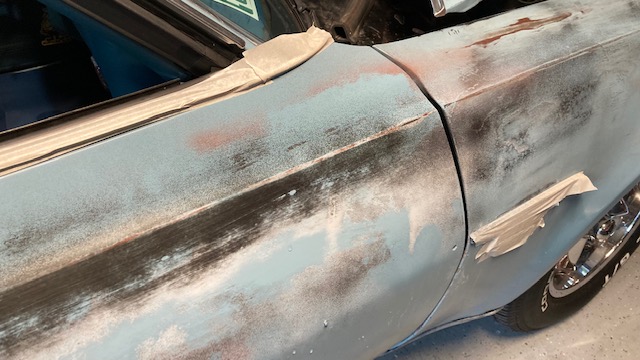 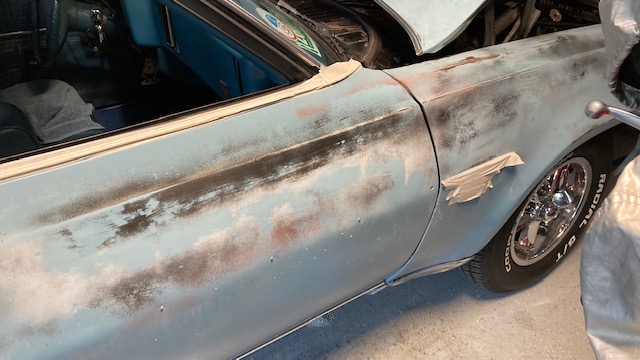 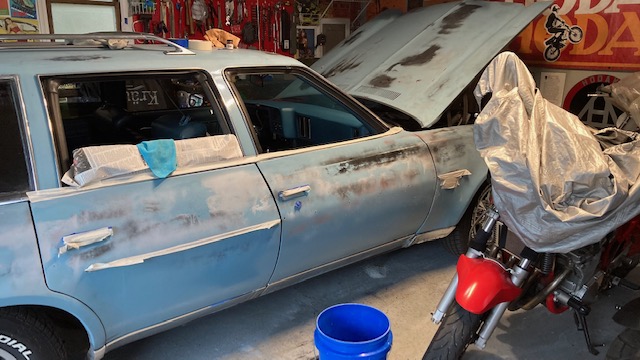 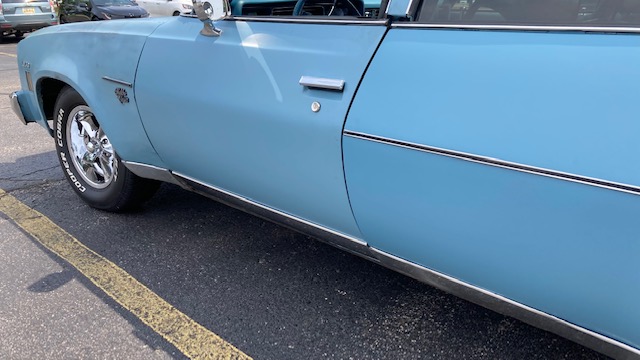 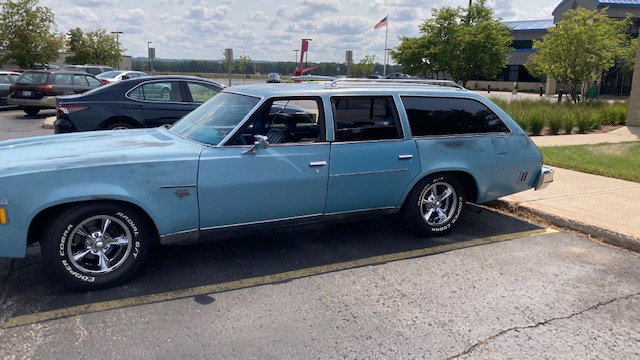 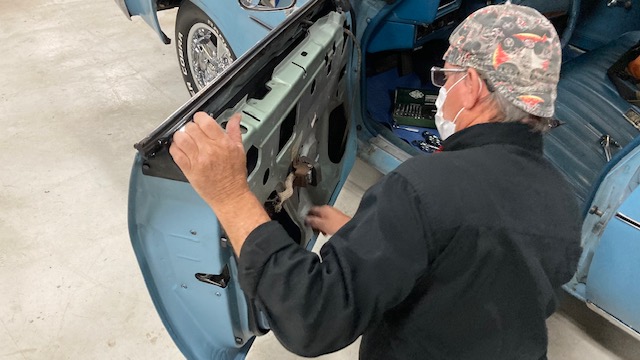 I have completed my fake-o patina on the passenger side; haven't gotten around to the driver's side yet.

Your wagon is looking awesome! Sorry to hear about all the engine issues. You might get some good info from these videos below. The first is one from Uncle Tony's Garage explaining why there are so many lifter failures for flat tappet camshaft engines. The second is from Fast Monty's Garage explaining why many performance V-8's suffer from oil leaks. Both have been eye openers for me especially since I've been fighting leaks on my new 400 sbc recently installed in my 87 SS El Camino. Look forward to more updates.

dang--you mean my "remanufactured! Not rebuilt!" engine from Jasper might not have truly new parts in it?

dhw3971 wrote:dang--you mean my "remanufactured! Not rebuilt!" engine from Jasper might not have truly new parts in it?

From what these guys are saying in these videos, no one is manufacturing "new" flat tappet lifters anymore. And apparently this has been going on since GM and other car makers switched over to roller cams. So as time goes on it is more likely to get lifters that are out of spec and fail. Roller cams are sounding that much more attractive all the time.

The only flat tappet lifters I will use are the OE style AC Delco, you can identify them because instead of hardening the base of the lifter, a hardened base is glued to the lifter. The look like this: 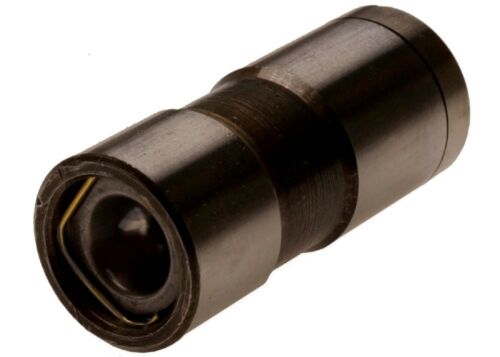 You can see how the base is a different alloy than the lifter body. Summit used to sell these as their house brand, lately Melling has been the generic source without the high price tag.

Great info Iggy! Thanks for sharing!