Hey guys, how's everyone doing? I've been MIA for awhile, hope everyone's doing good. Since the last I've been here, my project has pretty much been on the back burner. I've had some set backs and just recently I started working on it again. Maybe can have it done within a year or so. I have taken a few steps back on some items already finished. and plan on changing a few. shaved the firewall and went with a Summit's bright Orange Metallic sumup314. It does have a ton of metallic but the color is not like the chip book, its way off. 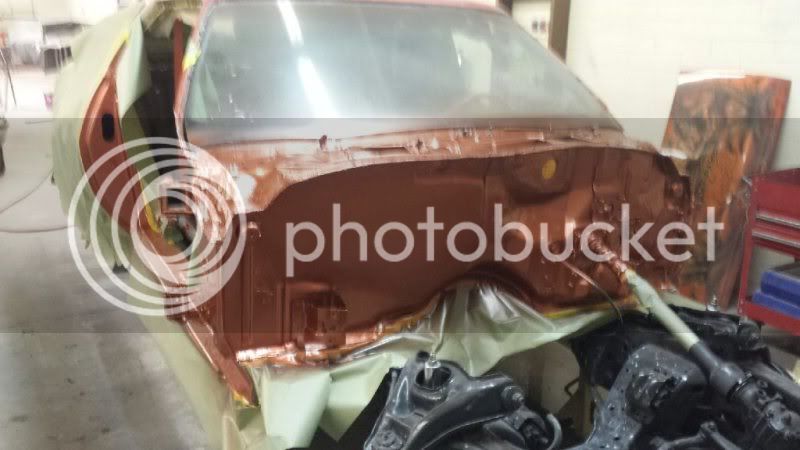 so we are using it as a base coat and going back with kandy on top. 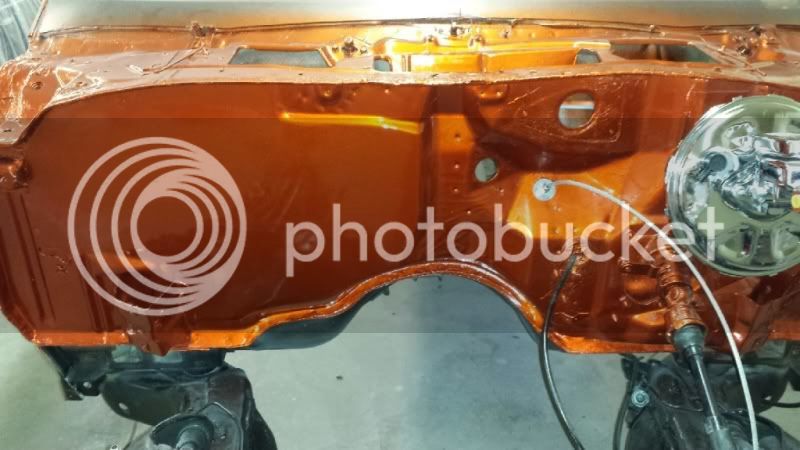 That looks nice.  I've seen your posts in the archives and wondered where you went.  (Anong others) Your car reminds me of a "cool" version of the Eddie money "shaken" car.  Welcome back.  John m.

Much better with the candy!

repainted the block and tranny yesterday 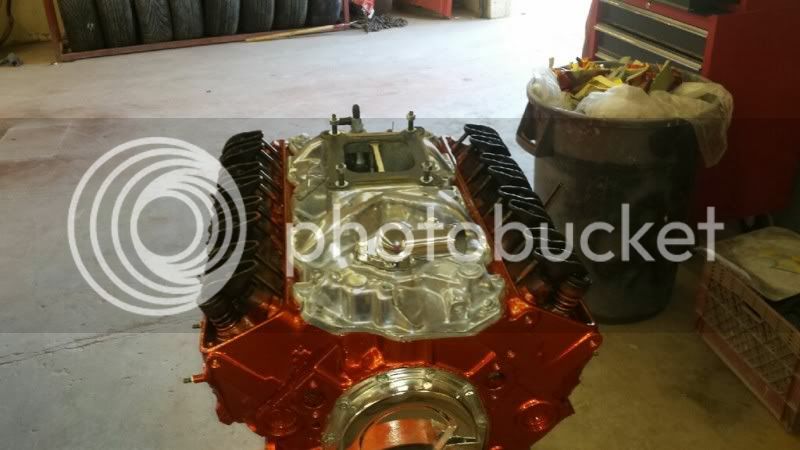 Installed the engine today, kinda looks like wall-e, lol. I'm not sure if the shotgun scoop will fit under the hood. 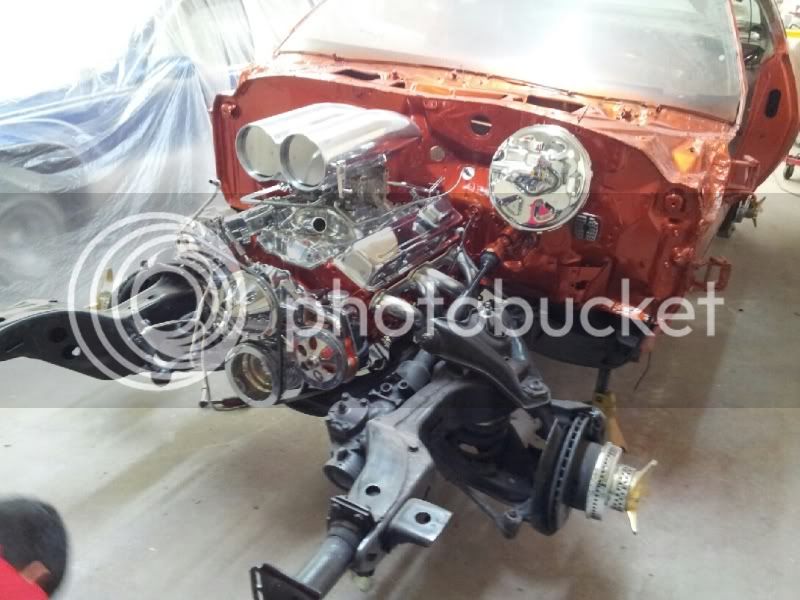 Very nice! Sure will be a show stopper!

Love the color on the Engine and Transmission. Oh and it does look like Wall-E!

I need a BIG favor guys. I'm adding a landau top, if anyone has done the conversion or has more info i would greatly appreciate it. Looking for part #s for the trim clips and screws for trim. How many clips and screws does it use? If any one has pics for the rear and side so i can reference it when adding the trim.

You may want to contact member G3Nut on here. All his cars have been vinyl top cars...don't know specifically if he's ever redone a landau but he'd prob be able to help you out. He's a real good dude.

If you aren't in a big hurry, I can snap some pics once I'm able to get back out into the yards. Right now, it's been like living in the Antartic. No...it's worse than that.

But, from what I recall, there are no screws to hold those clips on. They used little studs that I suppose were spot welded onto the sheet metal that the clips slipped over. You certainly could use small screws when the time comes to install the clips. Also, you should be able to lay those moldings down on the car and use tape or some such method to mark where to accurately position them. 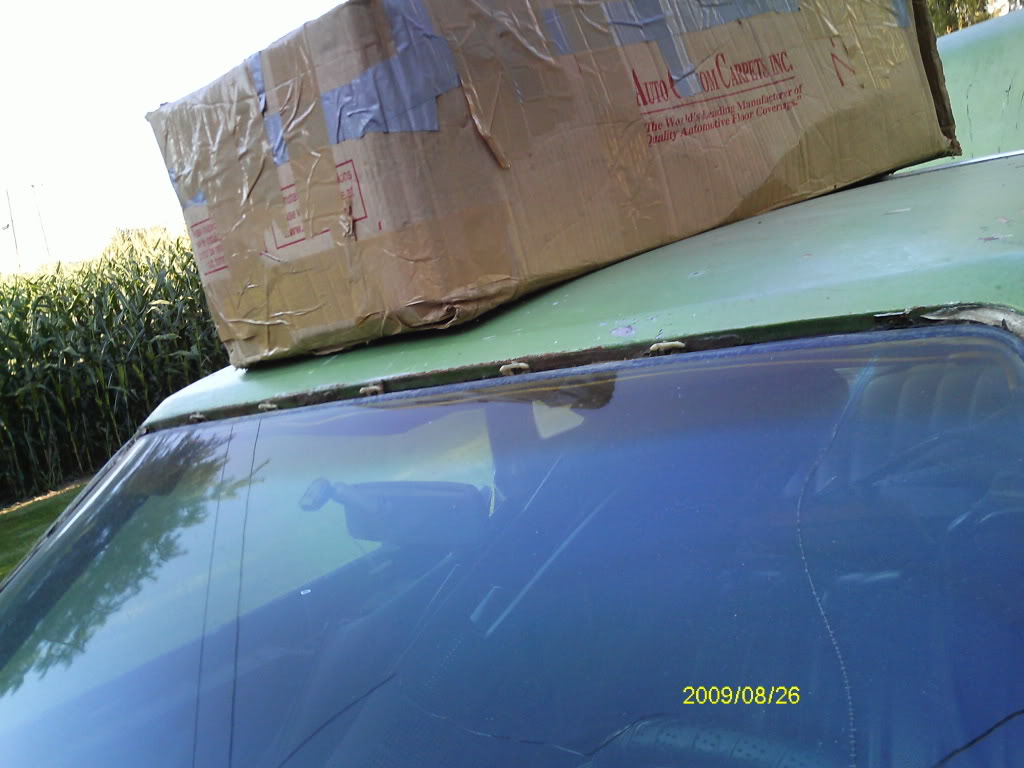 They make a pop rivet stud to replace that screw type. It works much better.

Do a search for Au-Ve-co part number listed below and see if you can find them better priced. I just listed this for reference. Some vinyl trim have a threaded stud clip on the trunk deck lid area for retaining that section.

It will go on just like a pop rivet but leaves the stud sticking up enough to slide the clip over it with just the right amount of play for the clips. It looks just like the windshield clip molding studs I used this on my back window after welding in new metal. Works much better than the screw one. Put a small dot of silicone or RTV on drill hole after you drill the holes. I find its best to pint the hole and let it dry with a small touch up brush before installing the rivets. Less chance of rust setting in.

Here is sample of a regular rivet and the one for the trim raised up. This is with tool, nose and rivet listed above 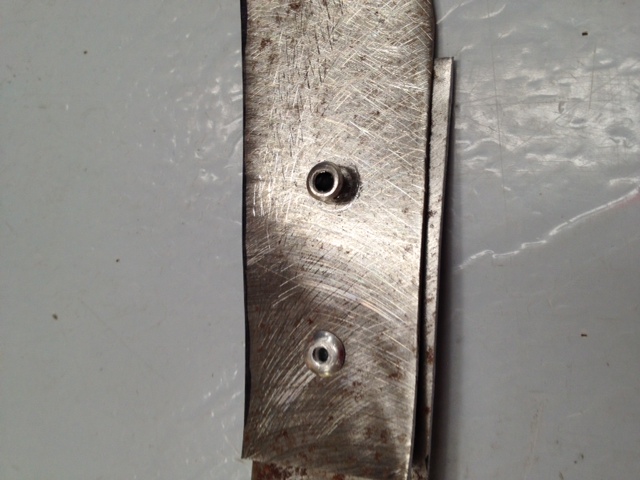 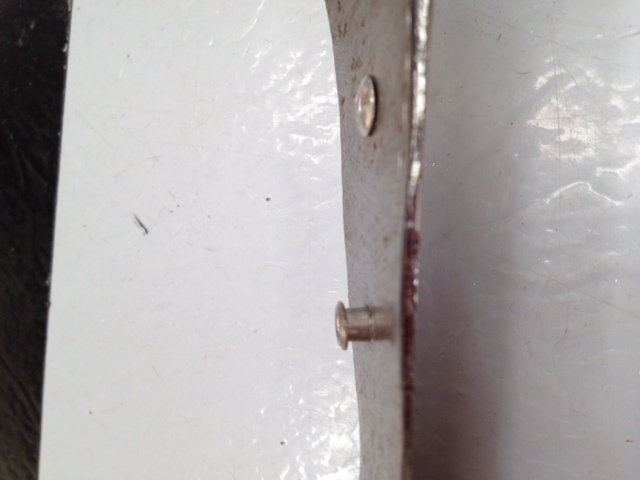 No hurry Mcarlo77, I came across a couple of pics last night on google for the sides, even the rear corners. What i need is a pic of the back trim to get an idea of the distance from the trunk edge and the back window.

Wallyuph- i might have to do the rivets. even at those prices its not that bad, i was thinking it was going to be more expensive going that route. thanks for the links

got a little further on the build, painted the steering wheel, column, radiator support, and inner fenders. 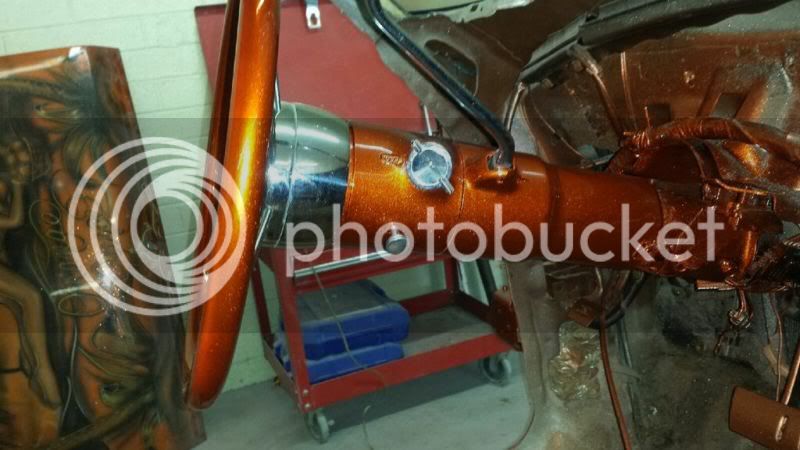 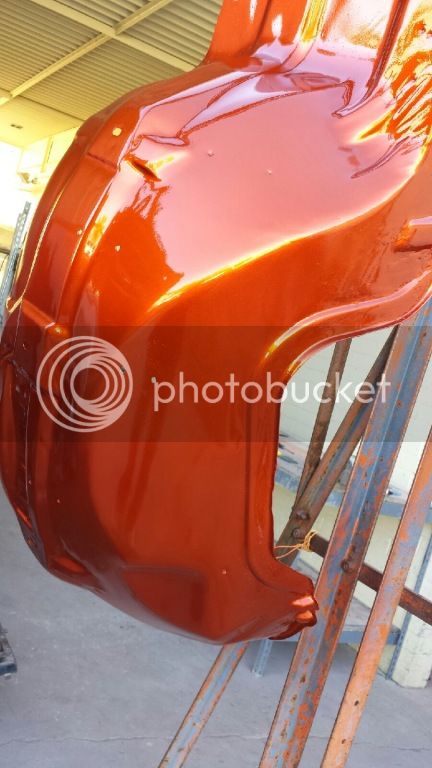 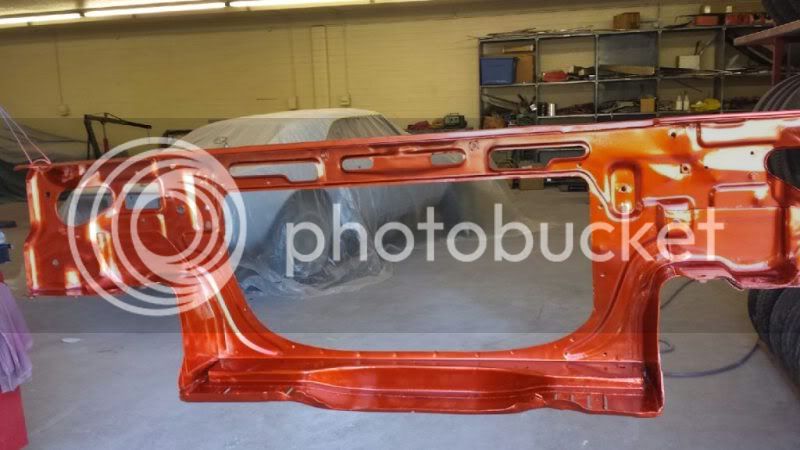 Working on the gauges, starting on the dash next. 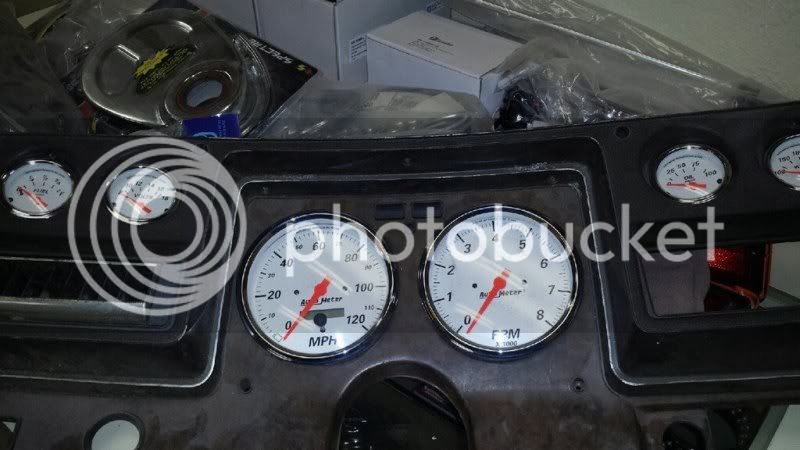 Lookin' good dude.
Love the color, nice gauges too. Looks cool w/ the tach in the right pod.
Is the car a low rider?

Looks great. Love the color. What brand paint and what brand clear are you using?

77mali wrote:Lookin' good dude.
Love the color, nice gauges too.  Looks cool w/ the tach in the right pod.
Is the car a low rider?

Yesterday at 1:32 pm by impalamonte