As people with pre- 75 year model cars recall , the seatbelt arrangement is rather archaic...troublesome to use to say the least as they are two pieces to make the          connection.
I updated mine with a set of seatbelts from a 2001 Monte.
I removed some metal from the area behind and below the rear seat armrests in the body for the retractors and weaved the seatbelts through the armrests with my attaching point being in the original location in the " B " pillar. Then third point, the floor where the old original retractor would have been. I also had to updated receivers for the belt on the opposite side of the seat for connect across the shoulder/ lap.

I finished things off with a seat belt cover in the armrest from a 94-97 Camaro/ Firebird. 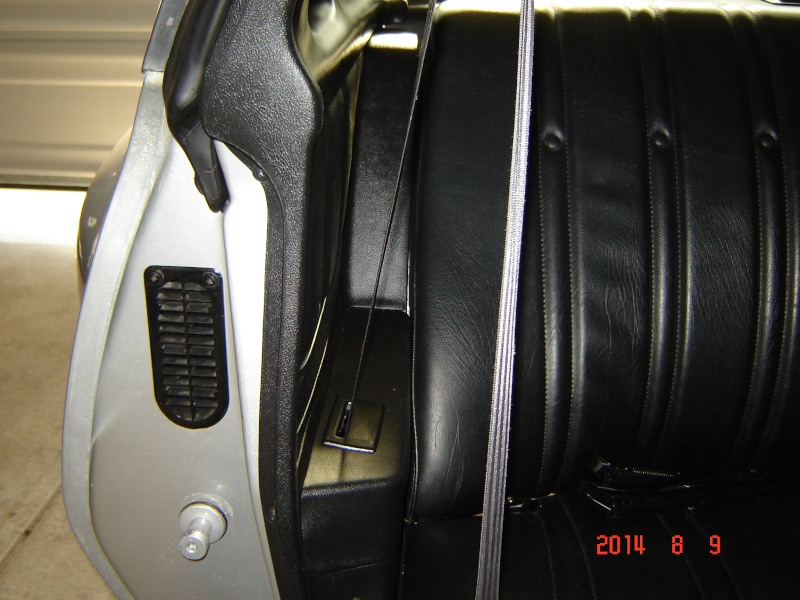 Can you get a shot of the B-pillar part? And If you should happen to have the armrest panel off again in the future, I for one would love to see the retractor mount.

I wasn't as creative. My arrangement works better than the factory setup, but still has a tendency to get in the way. I used an aftermarket set of belts and fabricated a hard point on the side of the floor pan, then used the stock B-pillar mount: 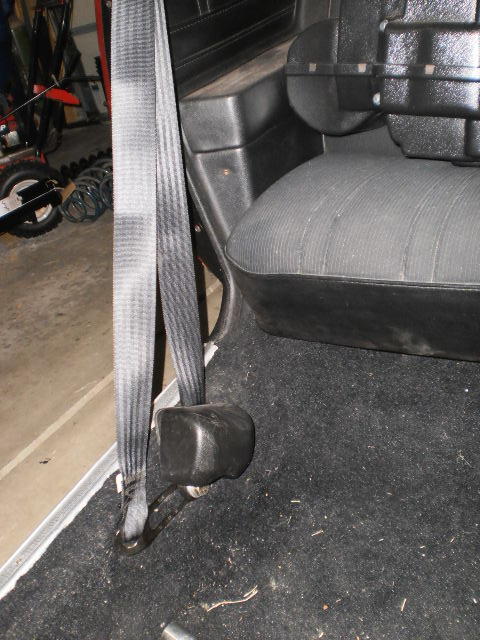 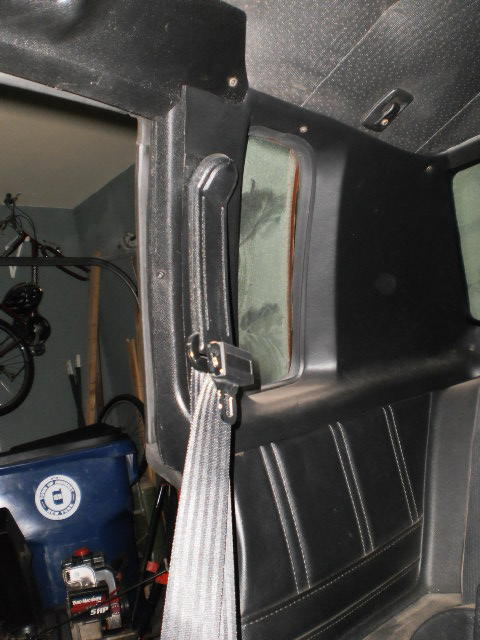 And I wanted shoulder harnesses for the rear seat passengers, so I added those with a convertible kit: 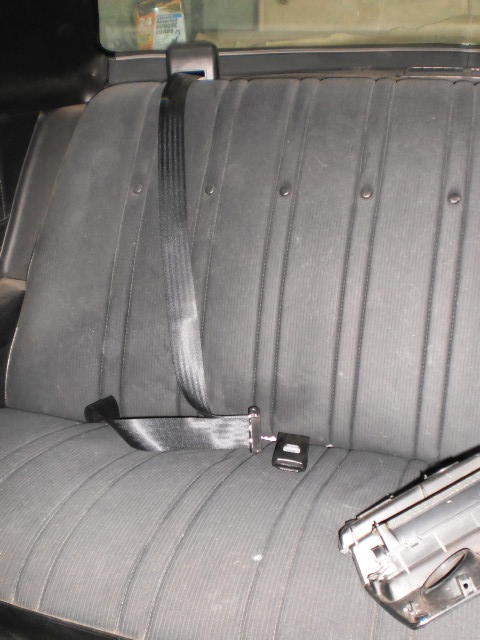 Is this the stock one for the Monte?

Attachment at B-pillar and floor where the original retractor use to attach: 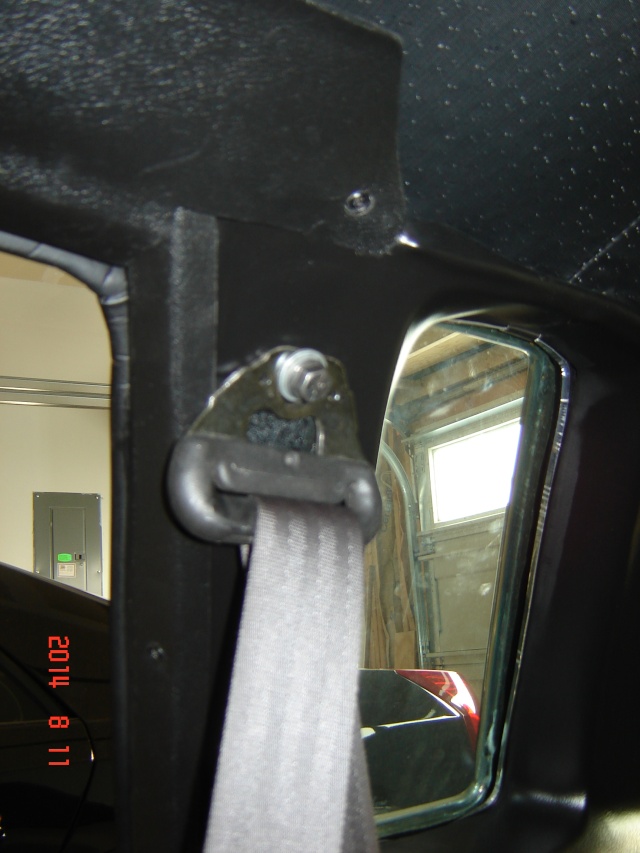 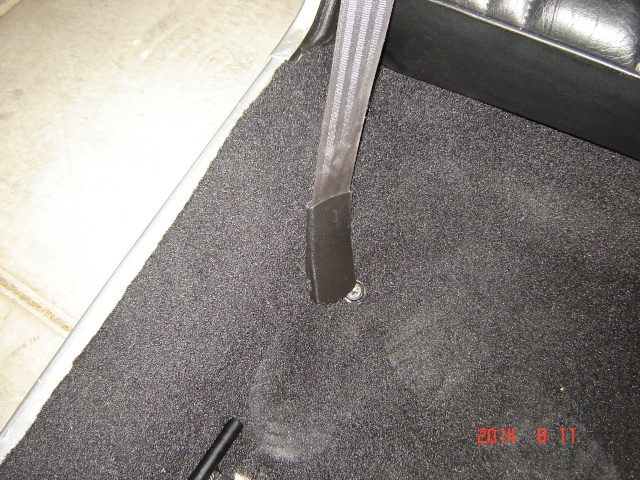