I'm swapping swivels into the Malibu. When I did it with the Laguna, I used a set of factory swivel belts and frankly, they kinda sucked. The retractor sat in the middle of the back floor board and the belts came down at a weird angle from the roof, slicing into my neck. They also were in the way when anybody tried to get in the back seat. They are also big money if you can even find the darn things.

I did a search and saw where a few guys have used belts from other Chevy's or aftermarkets.

I looked at some from mid 70s Camaros and they looked pretty close to ours. Same roof mounting point, and the retractor looked like it sat next to the seat instead of behind it.

BTW...OJ, the place you got your belts no longer exists, apparently.

I used newer (late 90's-2000's) camaro seat belts in my Laguna and they bolted up in stock roof mount location.

I may be looking into that too.

I kinda thought they looked usable. any problems fitting the cover over the roof mount, and does the retractor sit next to the seat or behind?

I kinda thought they looked usable. any problems fitting the cover over the roof mount, and does the retractor sit next to the seat or behind?

Haven t tried the cover yet but I did get them also with the belts I believe. There is no bottom re-tractor just the one in the roof. So only a flat plate to bolt down (cloud easily add on to the belt under the plastic sleeve that bolts to the floor)The Upholster side of me says. With seat all the way forward its a bit tight but I'm not a small guy and my seats are power with a lot of travel to them. One can also add to the roof plate cover if needed also but it looks like they will fit fine.

Missing that car yet Wally?

Need help with seat belts too.

I'm looking to replace seat belts in 74 Monte with swivel buckets too. Had saddle belts with plastic that falls apart when you touch it, so re-webbing not good option. I would like the fronts and rears to match. Do the rear belts out of second our fourth generation Camaros fit? Im 6' 0" tall so seat is all the way back. Don't really want to modify interior panels. Thinking second generation Camaro belt set best option but not sure that rear belts would be long enough. I owned one of those and rear seats were small.

Trying to figure that out, especially since the Camaro belts are more abundant , and cheaper. It LOOKS like the 82-84ish are almost perfect. It hinges on whether or not the retractor covers on the G3 roof would work without looking stupid.
The later model 90s and 2000s look close as well.

pm'ed Wally to ask what type of power seats he has with Camaro seat belts. Not sure if it matters. Also wondering if anyone know is nova belts would work I think the rear seats are bigger than Camaro? New aftermarket are available for Camaros and Novas but would hate to spend hundreds on belts that wont fit.

74t-topMonte wrote:pm'ed Wally to ask what type of power seats he has with Camaro seat belts. Not sure if it matters.  Also wondering if anyone know is nova belts would work I think the rear seats are bigger than Camaro?  New aftermarket are available for Camaros and Novas but would hate to spend hundreds on belts that wont fit.

Wally custom built his power seats from a couple different car models, so that's probably not going to be relevant for you.

My suggestion would be to see if you can find some crappy belts from those models from the boneyard, ebay, or CL to try out mounting and fitment, then when you find something that works, then shell out the cash for the good versions.

see this link in this forum.

Hide retractors into the body under the rear seat armrest and exit through the top. Add a trim piece.

I am sure this would work just as well AS an alternative to the overhead units.

I was talking about the 74 laguna I have not my 73.
I don't have swivels seats in mine. Right now I have 79 Monty seats With a set of power seat bases. 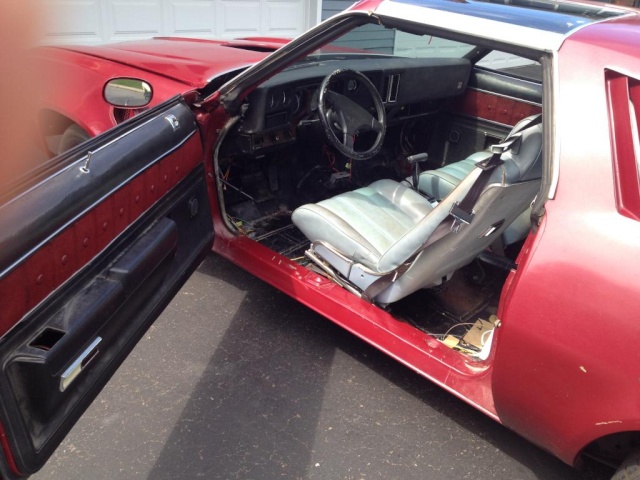 but will be installing 1974 Lemons bucket seats in the 74 Laguna. 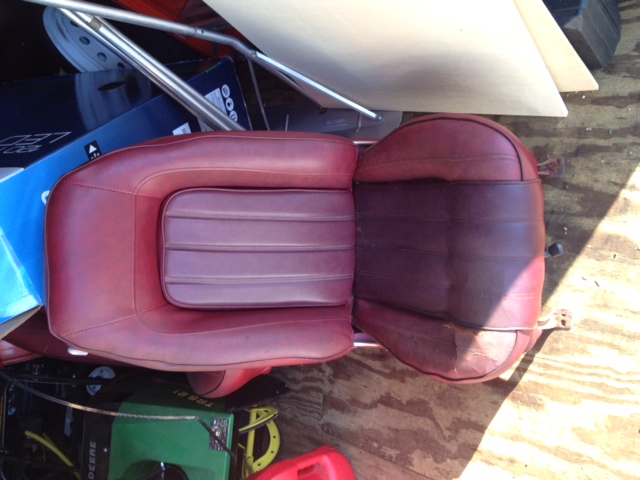 I  used the front seat belts only so far as back seat is stock and had the belts. I have not installed the cover yet but I'm sure I can make them work. Belts are a little tight is seat is forward but my power seats have a lot of travel to them and I weigh 250lbs so a bigger guy. There is only the re-tractor coming out of roof the rest of the belts just bolt to the floor. 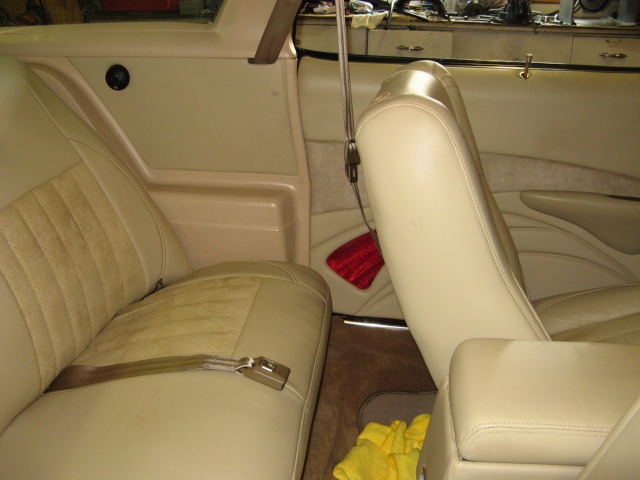 Out them inside rear arm rest panel and made a slit for belt to come out of. In 73 they don't have roof re tractor belts.

Today at 7:08 am by alvareracing