I got home from work fired up the car rolled to the end of the driveway, and then out into the street with my foot all the way on the mat.

I'll be redoing a break line tonight I think and trying this again.

Glad it happened in driveway and not in Traffic !

Limey is right! Plus, side pipes always make everything better!

Chevellelaguna you are correct, I wasn't at all upset about the break line, side pipes do make everything better.

I wonder what I should put a set on next ? 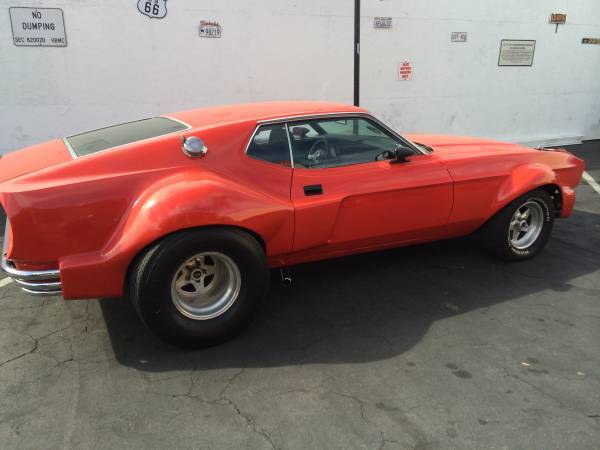 I love retro, just not the custom body work.  Case in point....this poor thing WAS a '72 mustang.

I just threw up a little.... That thing needs side pipes!
I gotta hurry up and get my car going... Now I want side pipes!

If they paid me the 15K I MIGHT take it to the local derby! Would have to put a cover on the seat though. I wouldn't want to get a blue oval rash!

It's like their goal was lets make it as ugly as possible.

I normally like custom mods to cars but this one just does not cut it for me even.

Take that big wing thing off the back and the right paint job it would be cool to me. But then my mind is not normal at all.HA

My first thought was that guy had to be drunk or high, but now I'm thinking straight LSD.

I think the spoiler probably doubled like a roof rack and it's one of the first sport utility vehicles. It would be so much easier to carry full sheets of plywood or drywall that way, and still have your tools in the bed ? 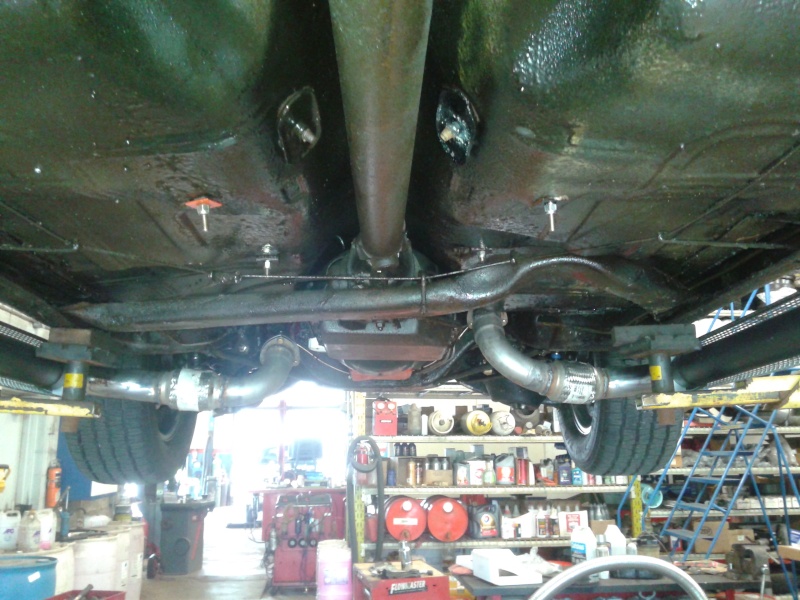 I'll snap some pics from the top side at the Sunday night cruise, put about 150 miles on her since I got it back. . .  sounds really nice, turns more heads now than it did last Saturday with a completely open exhaust.

dynchel wrote:That looks more efficient than mine that go to the rear, do a 180° turn, then another 180° turn to go straight back.  At least they are all 1 1/2" mandrel bent pipe.

If I remember correctly this is all 3", from the collector to the side pipe exit, I'll snap a picture from inside the engine compartment too later on.

I was talking to an engineer, and to an HVAC guy who both said the same thing.  So long as the flow is smooth, you're not going to loose anything noticable in flow.  You will loose heat at each bend but not flow.  The other thing they both mentioned was that even if you were restricted at some point so long as it flowed enough to deal with the maximum volume you were pumping through then it didn't matter. So John don't worry about going back and forth so long as it's smooth. 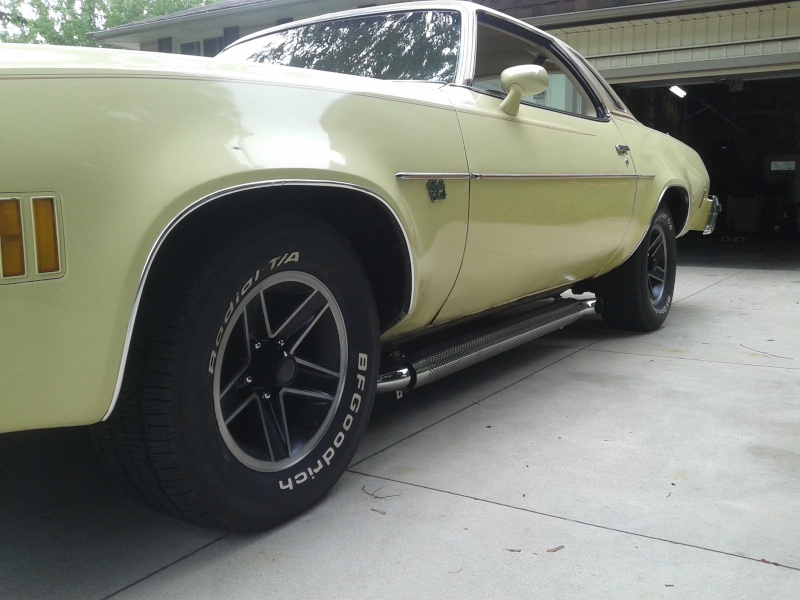 Am I the only one who thinks these tires still look small?

The side pipes look wicked!!

The pipes look sweet. I think if your car sat a little lower the tires would look fine.

That looks fantastic! What a huge difference in appearance a couple things can make. Are those Camaro wheels?

yea third gen camaro IIRC he said, And wow Them Pipes look really good I think if you went to a 255/60 out Back maybe better I am not sure

The problem with wider tires is his oe rims are only 7" (I'm assuming) wide. Any wide tire may look silly.

Yes they are Camaro z/28 rims from the mid '80s 15x7s so the 255/60s just fit, anything wider would need to have a bigger profile, or a wider rim. I don't know about lowering the car, I've already bottomed once but that was more me doing 45miles down a hill, bottoming at the bottom as the car squatted to compensate for the uphill.

It's also the first drive I've taken with the new anti sway bars on. Those make a big difference. 1 1/4" up front (from a second gen Trams Am) and 1" out back (from an '95 Impala SS) Corners much nicer, much more level, doesn't feel like a boat.

Similar topics
» a Pair of Oshawa built 73 SS Chevelle 4 speeds side by side at show today!
» what headers?
» stainless steel pipes