I just took a pic of the vac diagram for the A, F, and X series which are the came. I can email it to you if you send a PM with your address..
Don't know how to post it here.

Took a look at the '76 Laguna this morning. Here are a few pics showing some of what I'm about to describe:

Third photo: Attempting to show the manifold vacuum tee on the intake (in front and to the right of the distributor).

The third hose (black w/orange stripe) comes from the firewall and to the water valve. Inside the cabin, this hose also feeds your passenger side air damper door beneath the glove box. Hose on this Laguna had been cut, so couldn't get a pic.

Hope this helps. Let me know if you need any hoses or connections. 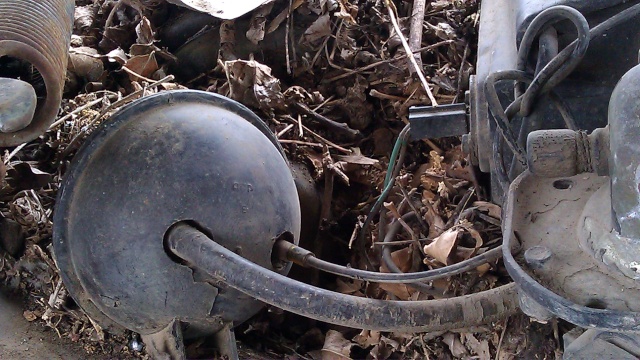 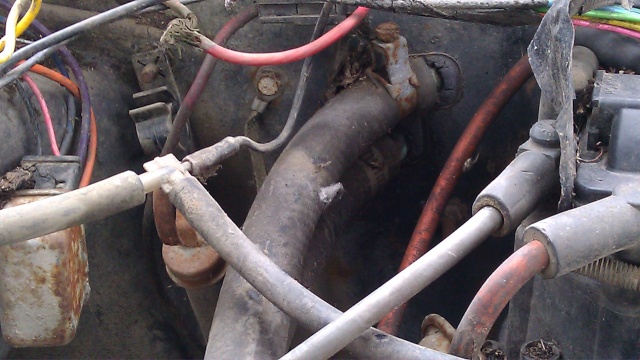 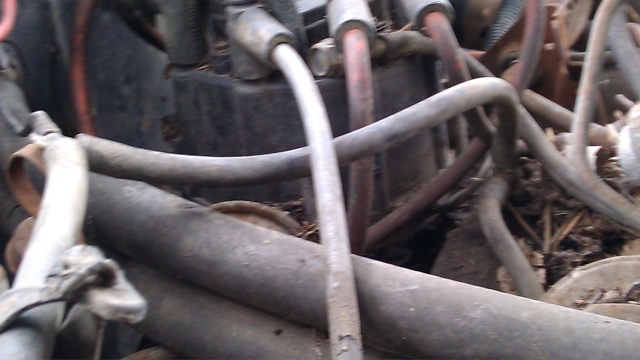 Awesome guys!!!...I'll check it out when I get home. Both out of the tank go to the firewall and the 3rd in the 2nd pic was broken and tucked up with the wiper fluid line. the intake post I routed to itself and I have the one from the water valve in the front of the intake running into the carb.

Hope you can use the diagrams I sent. Between the pics here and the diagrams, you should be able to get it hooked up.
Good luck !

I would suggest go over too Sears or harbor frieght and get your self a vacuum pump about 20-30 bucks, that way you can test all that stuff and see what works /dosent work and how it works.Those pics are golden for you though .

IT WORKS!!!...picked up a univeral tee kit and some hose and the doors move with the controls as they should. I still have some tweeking to and the defrost isn't very strong but,it works...ant, I may get a pump and check some.


I couldn't have done it without you guys...Thanks again. Of course, now I gotta put it all back together....DOHHHH

Visited my own Project Laguna last night and remembered that the heater hoses were both cut. Judging from the loopty loop shown in the photo, I'm guessing my heater core is shot, too. Only time I drove this car was when I picked it up on a hot August day. Only thing I tried then was the A/C. Probably would have replaced it anyway when the time came to tear things down. 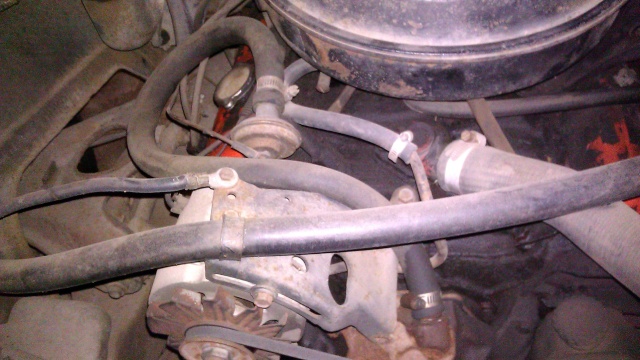 Visited my own Project Laguna last night and remembered that the heater hoses were both cut. Judging from the loopty loop shown in the photo, I'm guessing my heater core is shot, too. Only time I drove this car was when I picked it up on a hot August day. Only thing I tried then was the A/C. Probably would have replaced it anyway when the time came to tear things down.

Looks like mine when I got it. Previous owner even had the new core laying in trunk. Took me about 4 hours worth of work and some reading of the service manual to find the last couple bolts inside the A/C evaporator case.

So, can this be done from inside the car? Or, does the blower housing case need to be removed from the engine side, too?

YES...Most everything that got advised to me was spot on. I may have done more than I needed, still don't know.

Removed right tire and inner fender to get to all the bolts on the housing
Removed all the heat-a/c ducting underneath the dash
Removed the glovebox, ashtray and center vent assembly
Dropped the steering column, removed defrost venting...AWESOME!!!
Remove the dash cover, speedometer, idiot gauges thinking you get access to stuff better...AWESOME TOO!!!
THEN, you get to pull the box the core is in and replace it - 15min job.
I know, I left out alot of little stuff but, it's little stuff.

Ohh yeah, replace all the old brittle stuff you broke while removing it all. Thankfully, I didn't have to rely on the car as a DD so, I took my time. For me, it was that or roll it out into the driveway, light it on fire and chant hatefull things at it as it burned...But don't worry, I'm better now. Dr said so.

Ha...with all that plastic in and around the dash, you know something is going to break! Love getting at and straightening those four little metal tabs that hold the defroster vent in place without cracking the vent housing. Was secretly hoping the inner fender didn't need to be removed...even though I know that is about the only way to reach that lower blower motor casing nut. It will all have to come off anyway when I replace the rusty fenders. Just love working off rusted bolts/fasteners.

What a pain in the A$$ job that is. All that work for a damn heater core.

Steve...if you have 5' long arms, the inner fender may not have to come off. LOL

I didnt take off the inner fender when i did mine on my 77.Just 2 or 3 nuts around the blower case under the hood and the rest was all inside.

So...that nut at the 6 o'clock position on the engine side didn't need to come off?

Ant, does your car have a/c?
Removing the fender made my life a lot easier to get at them all (think there are 5 or 6 on my car & not all the same nut size. The a/c box with the blower motor mounted on it is heavy too. I didn't want the thing to crack (or in my case become worse) when I removed it. With the fender & tire off, I was able to "get up in the car". I hate to lean over the hood & such or work on my back underneath. Bad back & I'm only 5'9.

It had AC origianlly but not any more but the stuff (recver drier) is still there but no I dont remember any nut at 6 oclock just 3 oclock 1 oclock.maybe somemore.I think no that im writing it that it was replaced before. It was a number of years ago I did it -I was thinner too that helps!

There's usually one hex headed screw on the inside, near the bottom. I've never removed the fender well to get at the nuts etc, but if it works, do it !

Yeah there was one inside I remember that.

Ok now its my turn. On my 73 Monte its never been messed with before (heater core) how do I get that bolt that comes in from the engine side out ? I took out the blower motor and nothing there it seems to be behind the AC evaporator. I think its different than the 77 or the 77 didnt have all the bolts back in it from the previous install. Its about 3 oclock on the inside .

This one? On the engine side? This unit is back in the car but the a/c housing is still out on mine I can take a pic tomorrow PM maybe if you need one, let me know. 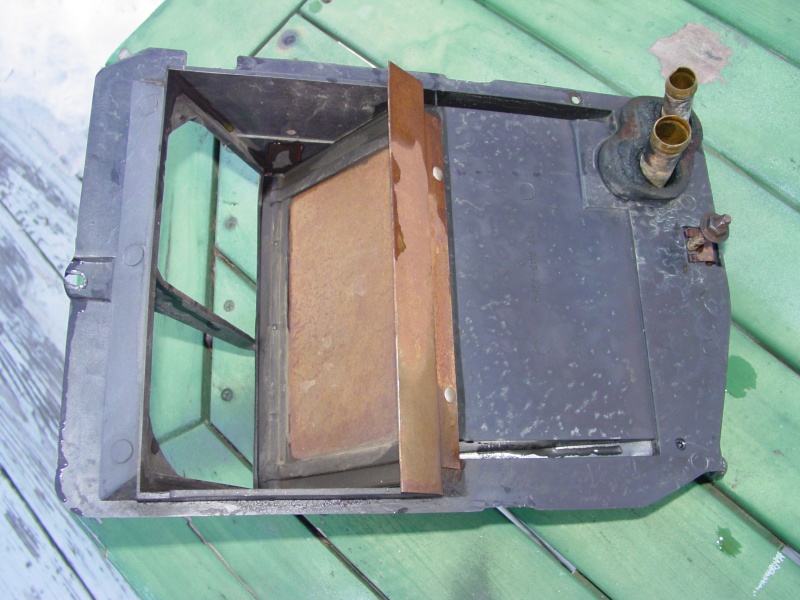 It seems to be in between the blower motor and the evaporator when looking at it on the inside.Its on the right side of the case. I dont think your whole picture is showing up on my computer

remove the blower resistor the nut is in the hole